Welcome to the third communal Combat Mission skirmish – a comment-driven confrontation between RPS readers and CM’s uncommonly entertaining AI. Turns span 60 seconds and rarely go according to plan. Late-war and Eastern Front, this summer’s scrap takes place in a German-held Baltic port. With six days/turns to go, the commenter-controlled Soviets are pushing westward with a will (The two wharf victory locations are the most valuable on the map) and nearing the railway station in the North. 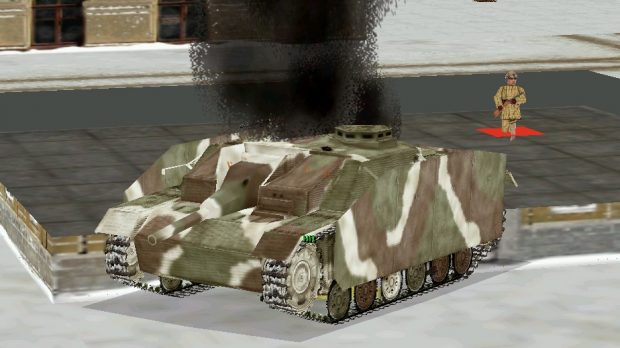 RPG-43s had a nasty habit of bouncing off their targets without detonating. The one that strikes the immobilised StuH at T+14 is hurled by a duo that learnt their trade in the unforgiving streets of Stalingrad and does its job perfectly. 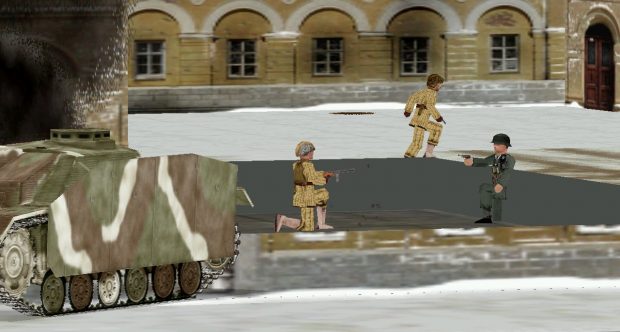 As dazed, black-clad crewmen clamber from their stricken machine they are greeted with SMG bursts and skittering hand grenades. Our AT team is almost too busy to notice the German platoon HQ approaching from behind. For half a minute h24 echoes to the sound of Luger and PPSh-41 fire. When the turn ends those Lugers are nestling inside Soviet satchels. 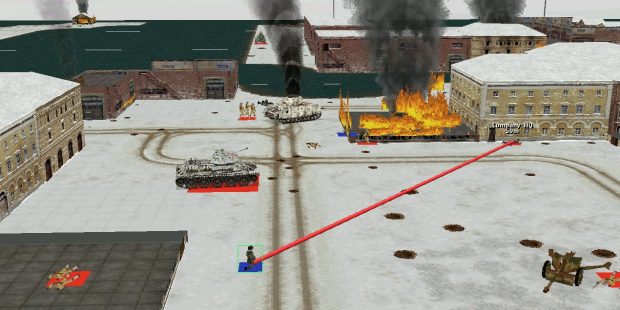 At T+13 in the square Kpt. Gurtiev's turns to chivvy one of his men and finds him spreadeagled on the snow, dead as a doornail. The man has been shot in the back by a previously unseen German unit at q18. By the time the alarmed company HQ has reached cover, the mysterious enemy (a sniper?) has the unbuttoned commander of the wharfside BA-64B in his sights. Although Efr. Mikhailov hears the bullet whip past, he has no idea of its source, and is halfway to the station when his would-be assassin is eliminated by combined fire from the recovered recon squad at r18 and the advancing M5 at r15.

The halftrack's movement order almost wasn't executed. Like Ryumin's 1 Squad, the Lend-Lease AFV came under accurate mortar fire during the first half of turn 24. 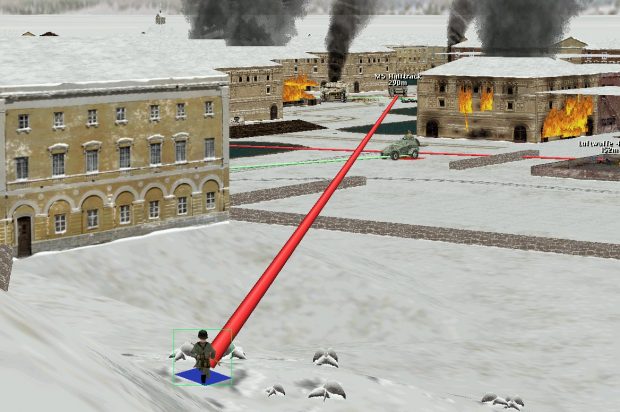 It looks like the weapon responsible is the unidentified German unit recently spotted on Castle Hill.

When the turn ends... 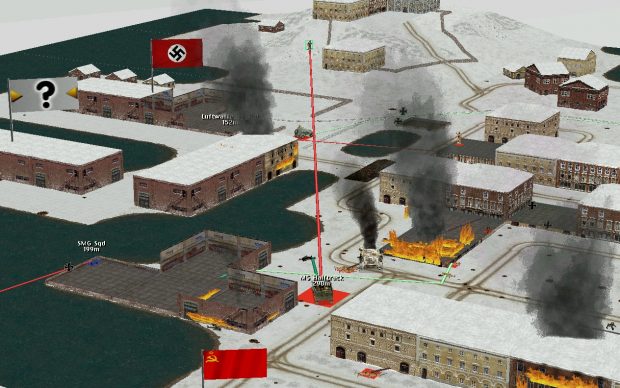 ^ (Click to enlarge) The doughty defenders of p15 have disappeared. The AT gun is discouraging resistance in the riverside warehouse. Lapshin's 1 Squad has abandoned its move towards the wharf and is attempting to sneak to q15, Gurtiev's current location. Lapshin's 3 squad is pinned on the edge of p15. 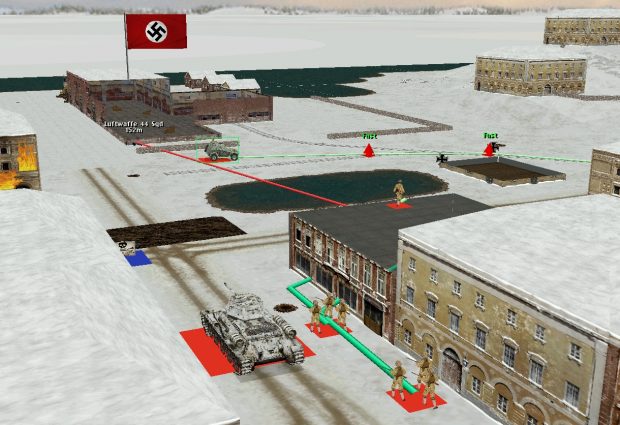 ^ (Click to enlarge) Myshkov has arrived at l14 ahead of his men and is already engaging the LW squad at l9. Weary Renko, k17, also has eyes on l14. Thus far, the BA-64 hasn't drawn fire from the units close to Old Wharf.

In the North, the T-34/85 crew have made it as far as i22 and a Soviet flag is flying over the station. Three of the StuH's crew are inside the building at h24.