The third communal Combat Mission skirmish – a comment-driven confrontation between RPS readers and Combat Mission: Barbarossa to Berlin’s uncommonly entertaining AI – has three turns left to run. By the end of the weekend the commenter-controlled Soviets will either be celebrating the eleventh-hour capture of New and/or Old Wharf (the most valuable Victory Locations on the map) or facing searching questions from their superiors.

A combination of unit fatigue and comment-commander indecision means the red wave laps rather than crashes against the wharves in turn 27. 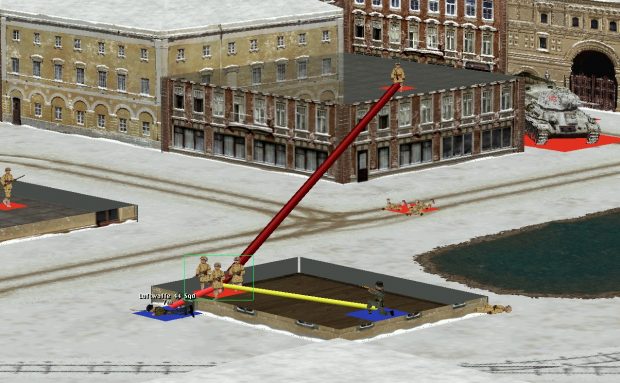 A portion of Myshkov's exhausted pioneers reach j12 and speedily neutralise the canister-thinned LW Squad. Unfortunately, Goering's goons are not alone, and fire from an unidentified enemy infantry unit in the west of the building incapacitates two pioneers before the turn is over. Judging by the cries, the Germans also take casualties in the exchange.

Gurtiev's appearance at s14 steels Lapshin's 3 Squad (s13) and Ryumin's 1 Squad (t16). Both provide covering fire as the company HQ charges across the cratered street. The defenders are unable to stop the newcomers from entering the warehouse, but make them pay for their trespass once inside. Gurtiev now fights with three men at his side not four. 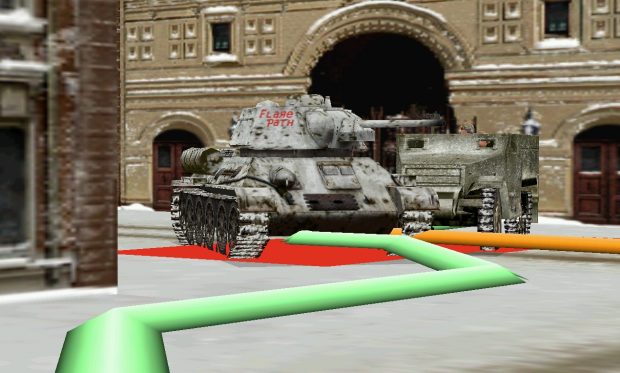 Sent in the direction of the Castle with instructions to inconvenience the mortar spotter the M5 has only moved a few metres when the driver starts grinding gears and spewing curses. Flare Path's bulk and the proximity of the minefield has turned m13 into a maddening chicane. It's navigable but it may be the end of the next turn before the halftrack gunner has LoS to the mortar.

When the clock stops, the battlefield looks like this... 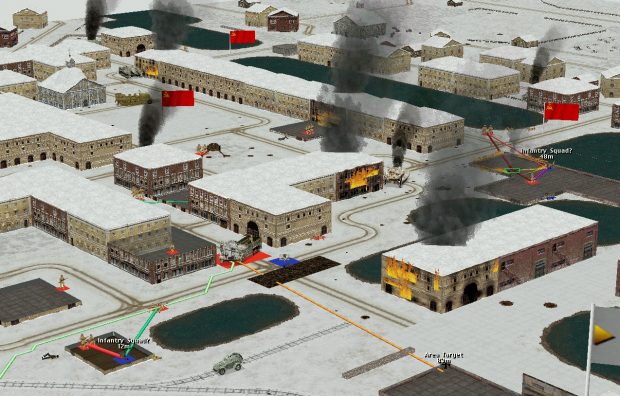 ^ (Click to enlarge) Renko is climbing the stairs in j14. Myshkov's 3 Squad (k13) is exhausted. 2 Squad are seconds away from confronting the lone SS man in n16. Bruised by mortar bombs Lapshin's 1 Squad (n13) has broken. The LW squad last seen in l9 is keeping its head down. 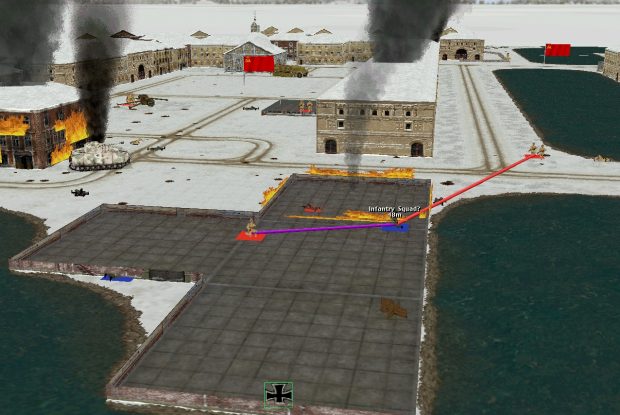 ^ (Click to enlarge) A Soviet flag flutters over West Bridge again. In the riverside warehouse, Gurtiev takes cover while Ryumin's 1 Squad and what's left of Lapshin's 3 Squad attempt to assist. The strength of two of the three German units in the warehouse is unknown (the unit centre-left is a single individual toting an MP 40).