I have a question. Is there a reason why absolutely every single racing game of the last decade has an unimaginably stupid story?

I've been playing Forza Horizon 4. I've not played the previous Horizon games. Forgive me, I'm very busy. But FH4 attracted me with its promise of an open British world to charge about in, and because I apparently now want to play every example of the genre despite not giving half a toss about cars. It's fun! But wow does it embrace the tradition of the genre, by having a story that makes me want to make the world dead.

The open world racer trend perhaps began in 2006 with Test Drive Unlimited (I'm sure someone will politely and generously correct me on that, perhaps arguing for Smuggler's Run?), was emboldened by Burnout Paradise in 2008, and then ever-incremented upon since by all the major brands. I can't resist them: the dreadful Need For Speeds, the utterly god-awful The Crew 2, hell, if they made a fifth Driver game (DriVer, obvs) I'd play that too. I'm broken. And while I ostensibly play for the charging about in a car, bouncing off the barriers, and collecting loot, I've developed a sort of sick, perverted interest in just how utterly brain-meltingly moronic the story will be. I'm delighted to say that, while nowhere near as bad as something like Need For Speed: Payback, Forza Horizon 4 manages to be pretty epically stupid. 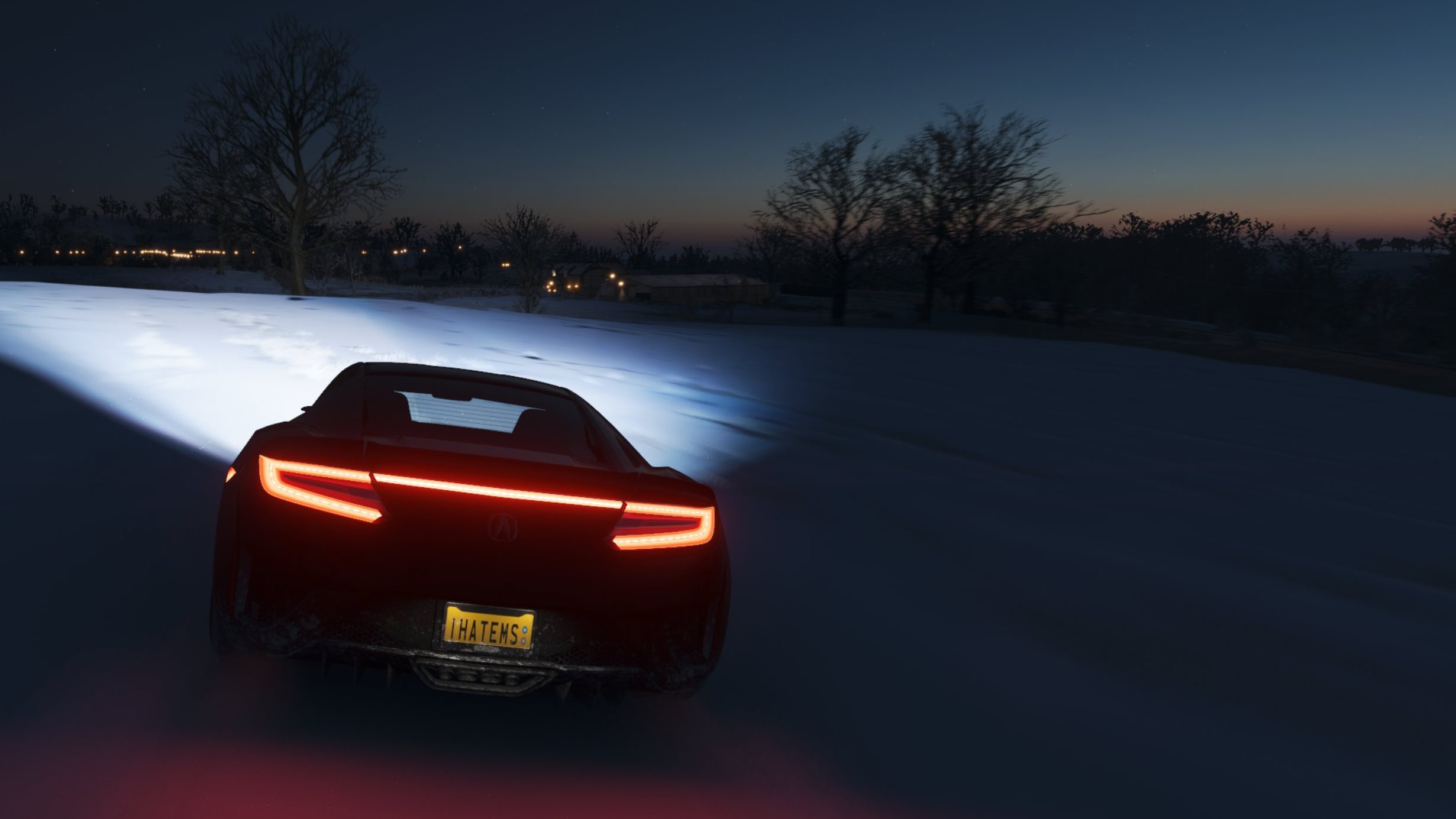 The plot of Horizon 4 goes like this: You're some race driver who does quite well in a couple of races, apparently competing against a group of elderly people driving vehicles that explode if they go over 25mph. This success is met with incredulous astonishment, your abilities recognised as signs of the second coming of MotorChrist, so someone clearly suggests you as a stunt driver for a movie that's filming nearby.

The stunt director of the film, disappointed that you don't look enough like your literal clone, reluctantly agrees to let you work on his film. So without explaining anything up front or having you sign anything, nor even seeming to mind that you're absolutely not a stunt driver and are in no way even suggested to be qualified for the job, has you drive through a hole in a windmill. While jets fly dangerously close above. You know, like happens. 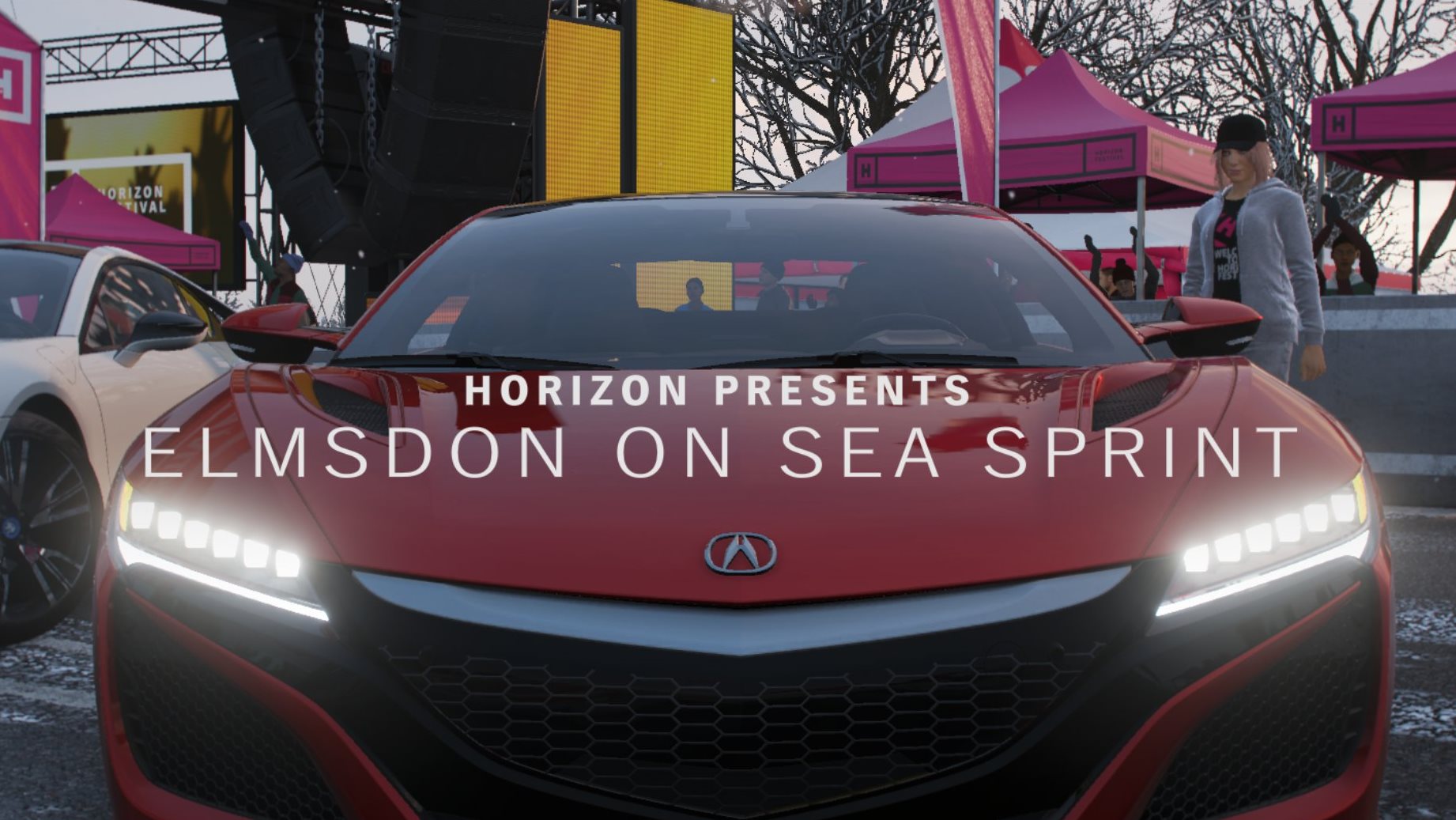 That done, you're next invited to do some off-road racing, and then even brought along to an illegal street race or two, before, of course, you're given a multi-million pound country house to live in for free. As a thank you for your help with the film. The director just said you could have it, because they didn't need it for anything else.

Does it actually have to be this bad? Is there some sort of rule that those of us who've not been involved in the development of an open world racer aren't privy to? A secret government clause that says if you write something that isn't openly stupid, you go to Guantanamo Bay forever and ever and ever? Or maybe they're all written by aliens whose only knowledge of Earth is based on watching The Fast & The Furious DVDs? 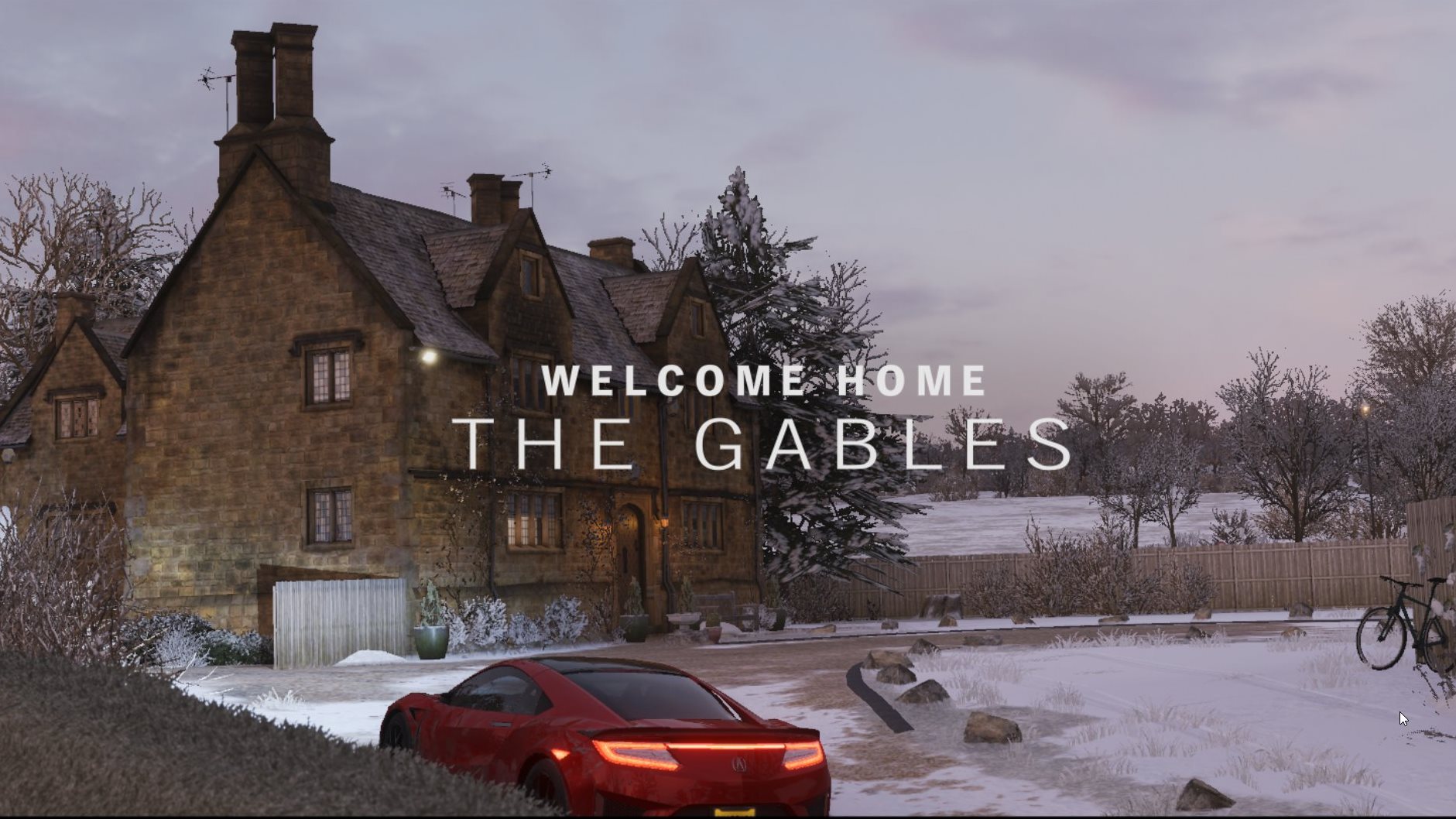 But no, I have another theory: I'm increasingly convinced that open world racers are all set in some parallel universe, where the natural laws simply don't apply. Clearly physics doesn't operate properly in any of them, and thank goodness, or they'd be no fun to play. (Imagine if you had to successfully drive around the roads to win the races, instead of drifting into barriers and bouncing off of cars.) But the rules of commerce, of simple human logic, of what's an acceptable standard before someone can be considered worth hiring for voice acting... none of it applies to our understanding of the world.

Immediately after being given that luxury country pile for free (perhaps this was the cruel work of a baby boomer developer wanting to slice a razor-sharp wound in the heart of every millennial playing), you're told about how one acquires clothing:

"The more you get your name out there, the more clothes you'll get in return."

And yet I've played so many of these ridiculous games that I almost didn't even notice. So indoctrinated am I by the Earth #47 rules that routinely apply in these games that a sizeable portion of my brain just said, "Uh-huh, sure, clothes in return for winning races."

No! You get clothes by going to clothes shops, and buying clothes. That's how it works. It might be a charity shop or Harvey Nichols, but the rules apply the same! 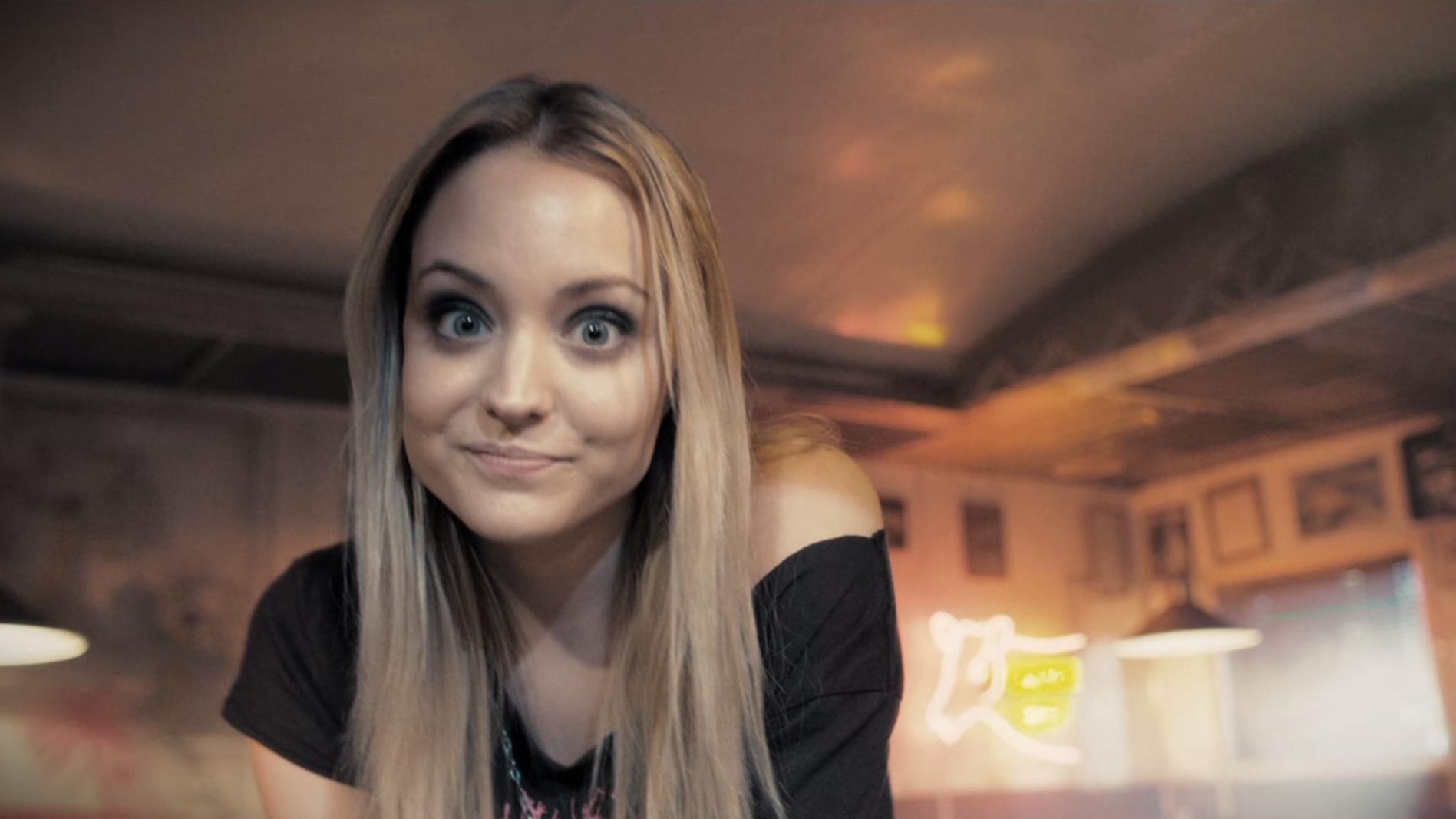 Another thing they all have in common, no matter the developer or publisher, is a cast of the worst human beings ever born. I've been looking into this, and it turns out it's because all modern racing games are forced to use, due to an ancient by-law, voice actors from a pool exclusively made up of rejected applicants to Love Island.

This was surprisingly not at its worst in 2015's series startover Need For Speed. Because in Need For Speed (2015), the cutscenes were FMV. Oh yes. “Wild handle, bruh!” says one of them, and even so this is nowhere near the worst of the crop. Because that would be the follow-up, Need For Speed Payback.

Payback certainly was some sort of revenge on someone. A truly hateful experience of the most obnoxious human beings ever imagined, who say things like,

And just so we're completely clear here, I don't mean that I've made up a funny example. I mean that's an example of actual dialogue said in Payback. And said again and again and again, every time the in-game clock ticks around to midday.

Payback's plot is gaming's worst ever plot. I summarised it when I reviewed it last year, but I'll quote it here:

Tyler and his crew are about to pull of the job of the century, to steal a $2m car for its tech, and be set for life. But one of the crew betrays them, and Tyler has the choice of going to prison, or working for the guy from whom he stole the car. Because, um, that’s how the police works? Who knows, certainly not the developers. Six months later, he’s still working for the mean man, on the promise that one day he’ll get revenge – nay, Payback – on the crewmate who let him down so. But the betrayer is talking to the mean man! And so he’s sad. And on his way home, someone offers Tyler the opportunity to take part in some races. But he says no, because if he races he’ll have to go to prison. (You know, that legal system.) So the next morning you begin doing some practice races to be allowed to do the big race. 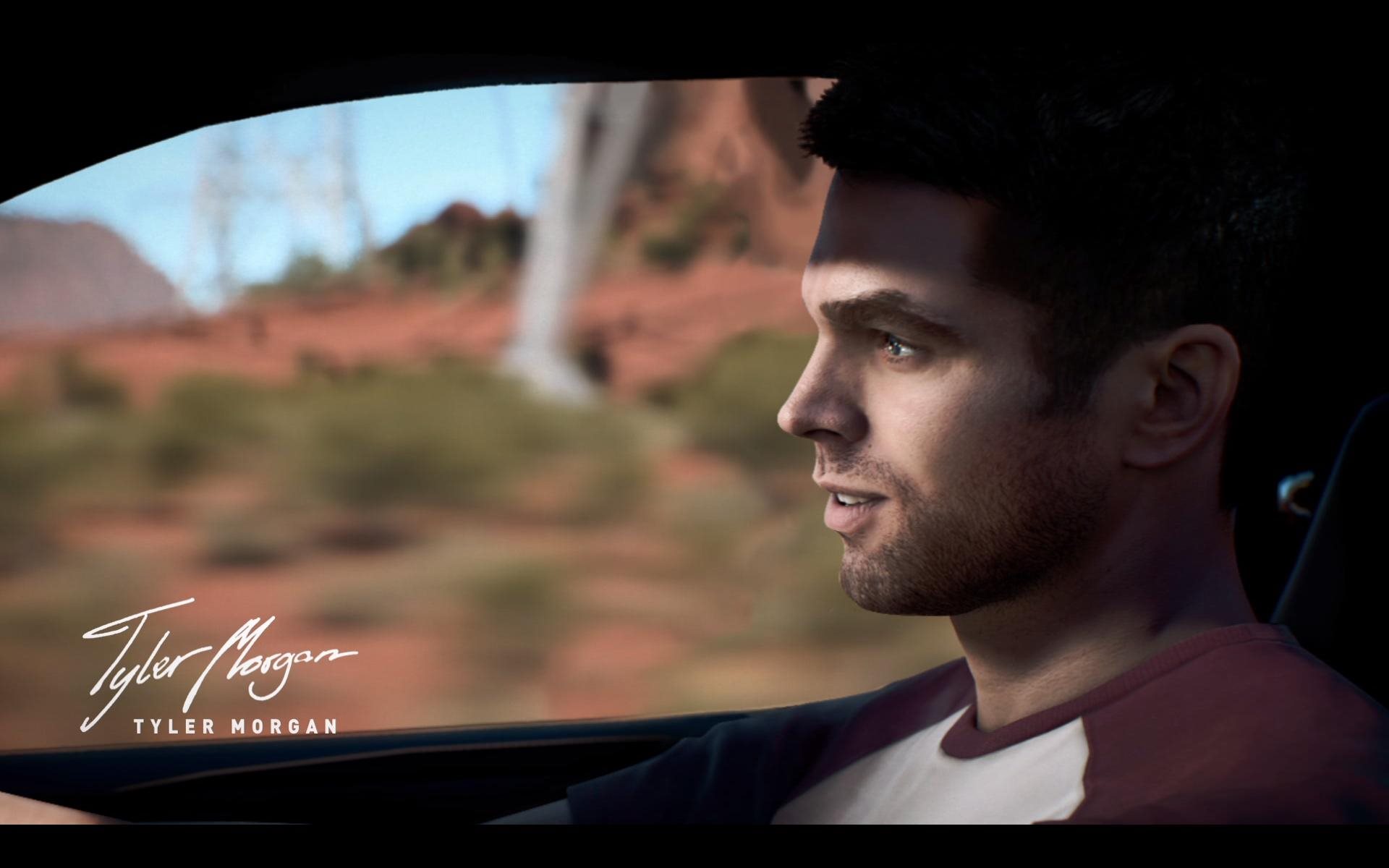 What is going on?! Why is this genre like this? Why is Forza Horizon 4 just packed with the least likeable characters, who all blurt interminable drivel at you that is completely unskippable, and stops you from being able to play? Every time "Alex" starts talking to me, like I'm a toddler, I want to scream, hammering at every button in case I might somehow stumble on a combination that finally makes him JUST SHUT UP.

These aren't rhetorical questions. Someone tell me why.