I could detail the circumstances that led me here, to this place, at this moment in time, but it is a tangled web we weave, and the machinations of fate are as unknowable to us as the span of a gorilla’s back to the tiny flea, or something. Did you know there are 49 games about monkeys on Itch.io? I have decided to play them all.

Here are the rules: 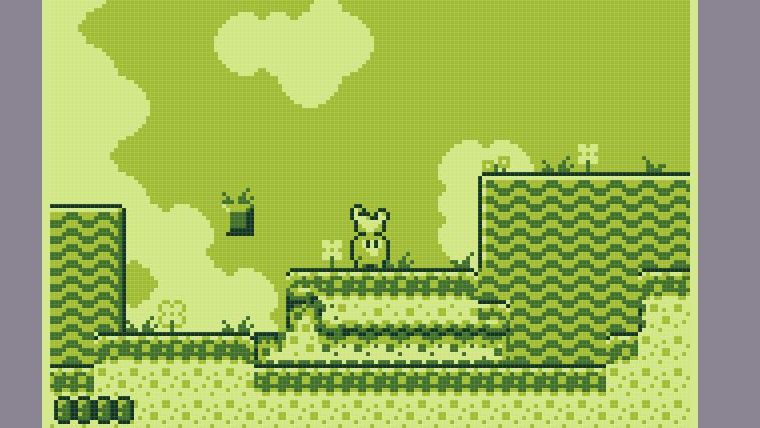 Off to a smashing start with this one. Sporting the pale grey-green colour pallette and bit-crunched soundtrack of an OG Gameboy cartridge, Monkey Warp is a platform puzzler that sees you controlling a tiny round furry lad with a magic banana boomerang. Worried about all the out-of-reach platforms? “Hahaha,” I say to that. “Hohoho.” It’s a teleporting monkey! I’m excited now, and this is only the first game about monkeys. What other wonders await us? 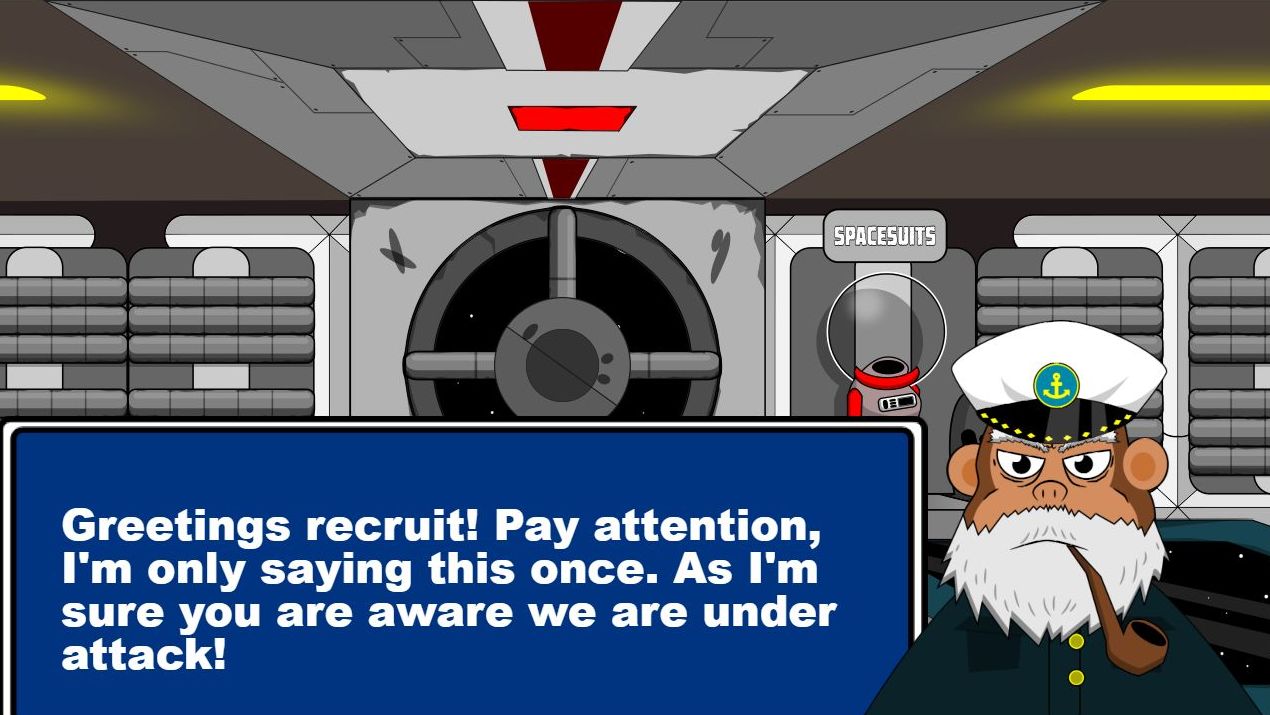 I, uh, I just got eaten by a space shark. Thing were going quite nicely up until that point, too. Space Monkeys is a collect-the-good-things-avoid-the-bad-things-em-up, starring a tiny monkey astronaut. The monkeynaut floats down by default, you left click to give him some up-juice, and right click to launch rockets. There’s also space coins which can be spent on upgrades. Sometimes you can summon Donkey Kong’s more successful spacefaring cousin to come punch asteroids for you. Sometimes, you get eaten by space sharks. Such is life. 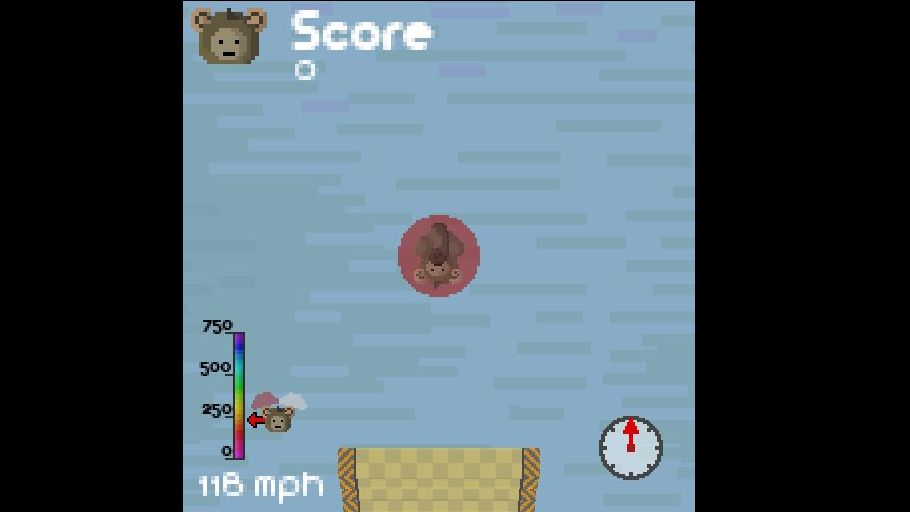 I’ve got a lot of questions about this one. Firstly, how does the monkey breathe inside this small plastic ball? Out of curiosity, I just watched some old Super Monkey Ball footage, and you know what? I’m not entirely sure those monkeys were ever alive to begin with. There’s no air holes in the ball. No water. There’s giant bananas everywhere but there’s no way those small monkeys could eat them through the plastic. It sounds like there’s monkey noises, but that could just be the plastic ball squidging up against the polished tracks. It looks like there’s movement in there, but the ball itself is moving, so it could just be throwing the monkey corpse about and...oh god, Nagoshi, why? 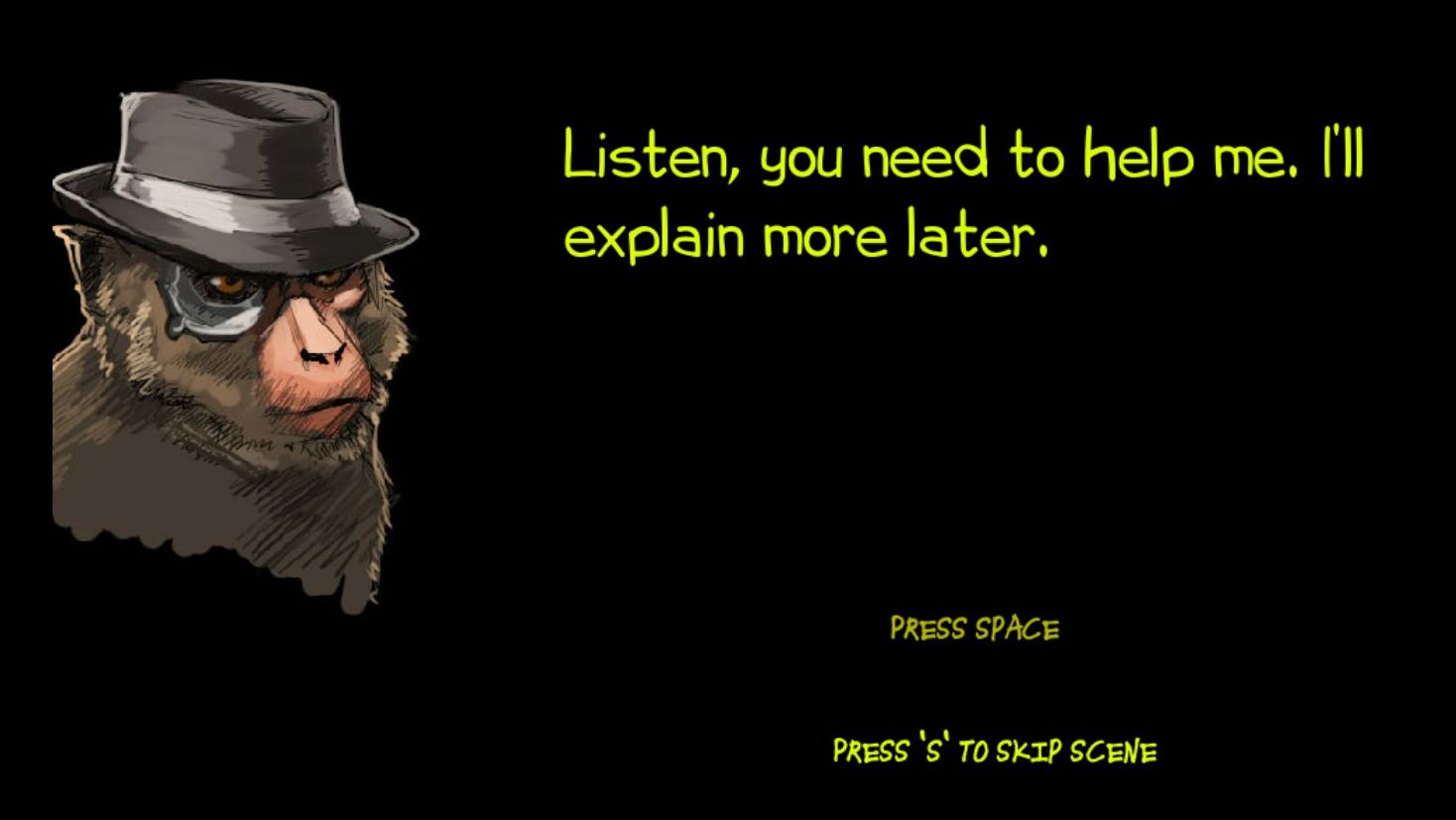 This one intrigued me in a way only a monkey in pork pie hat can, until it committed the unforgivable transgression of making me wait for a solid minute and half doing basically nothing before it let me progress. After all, time is monkey. Uh, money. I’m fine. Only 44 more to go.

Until these monkeys are allowed to unionise, I’m afraid I can’t support this concept. 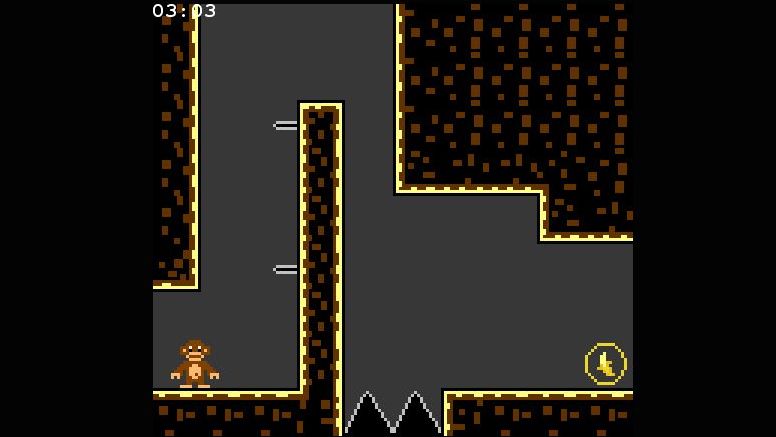 Tony is probably my second favourite monkey thus far. The pixelated, spiky hell in which he finds himself is slightly awkward to navigate, but the pure joy that animates his furry face when he finds a banana is infectious. Also, when you stop moving him he turns outward to face you, as if patiently waiting for your guidance. I’m sorry Tony, you’ve already had some bananas, and I have other monkeys to attend to. I will return for you, sweet friend. 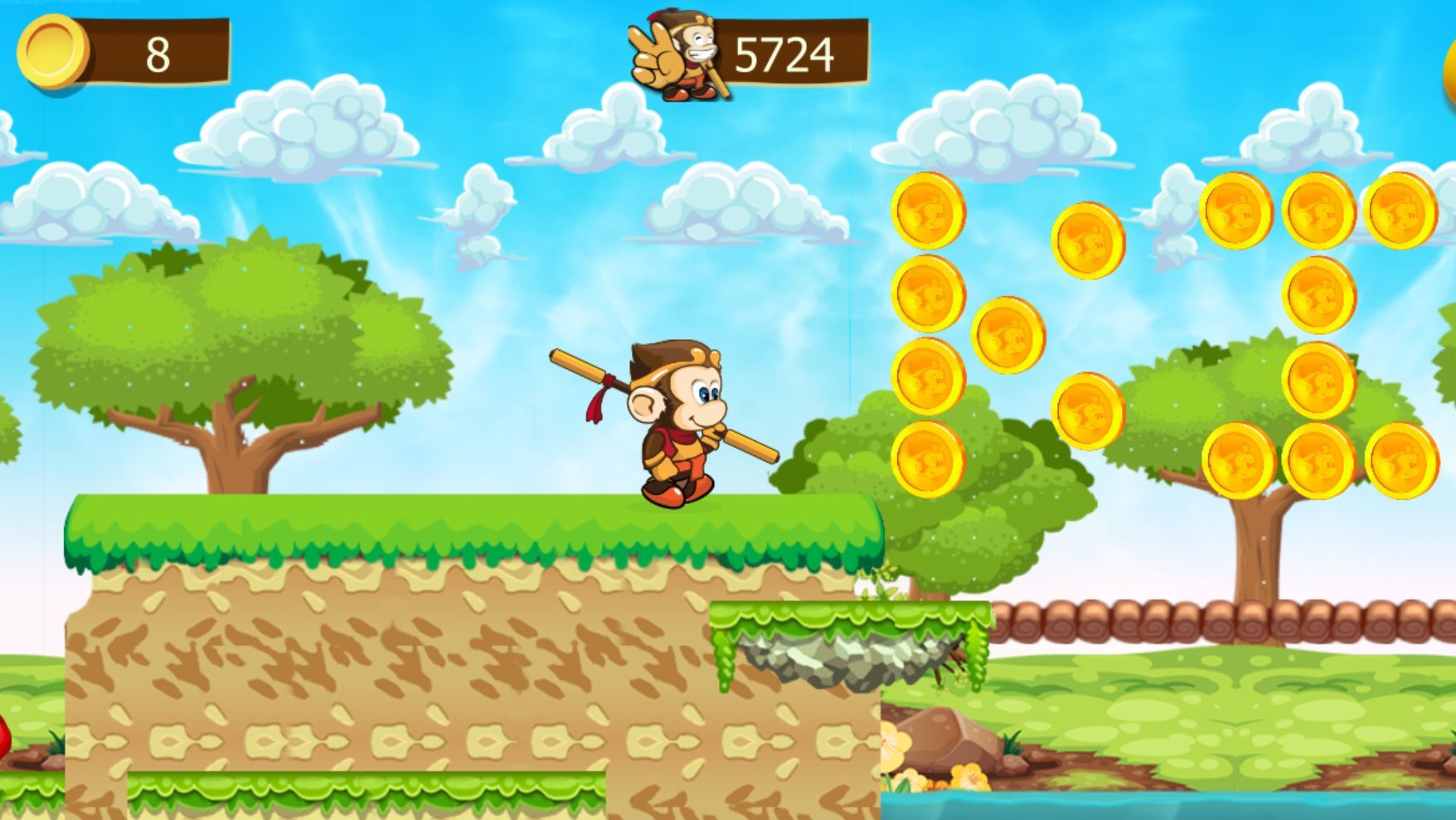 Contrary to the title, the monkey that stars in this runner is quite tranquil. On he strolls with a humble smile on his face, collecting coins, seemingly unaware that the world is falling apart behind him. My worry here is that this monkey is going to come full circle sooner or later. The planet will have completely crumbled into space, consumed by the left edge of the screen, and there won’t be anywhere to spend all the coins he’s risked so much to collect. Maybe this is the madness of the title? A sisyphean effort to mindlessly dash for useless trinkets while reality falls apart just a few inches from our heels? What other forbidden truths are secreted away behind those vacant eyes of yours, monkey? Answer me. Answer me now.

So hungry, in fact, he chewed up his own .apk file, rendering it useless.

So Cross Eyed, in fact, that the game consisted of an entirely black screen. Kojima you old dog, you’ve done it again! 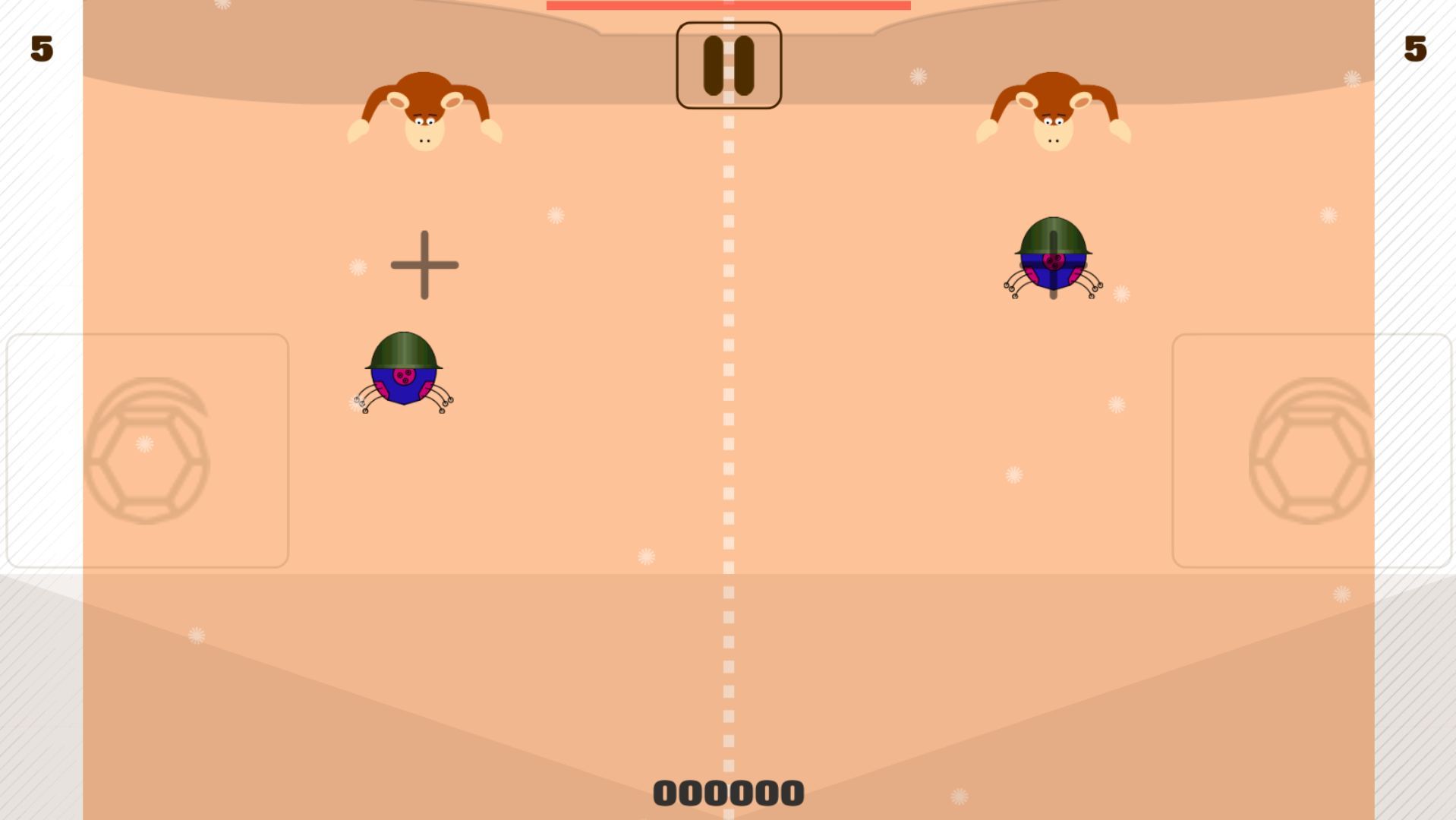 Chrome did not like these monkeys, so I had a dig around in my bag of useless, outdated, horrible, pointless shit and found an old copy of Internet Explorer in there, which also did not like these monkeys. Turns out there’s an android copy too, which my emulator decided it didn’t like either. It ran, but the controls didn’t work. I was just about to give up on the thing when I realised, to my delight, that there was no pollen in my room whatsoever. A rousing success.

Monkey in the Middle of Hell 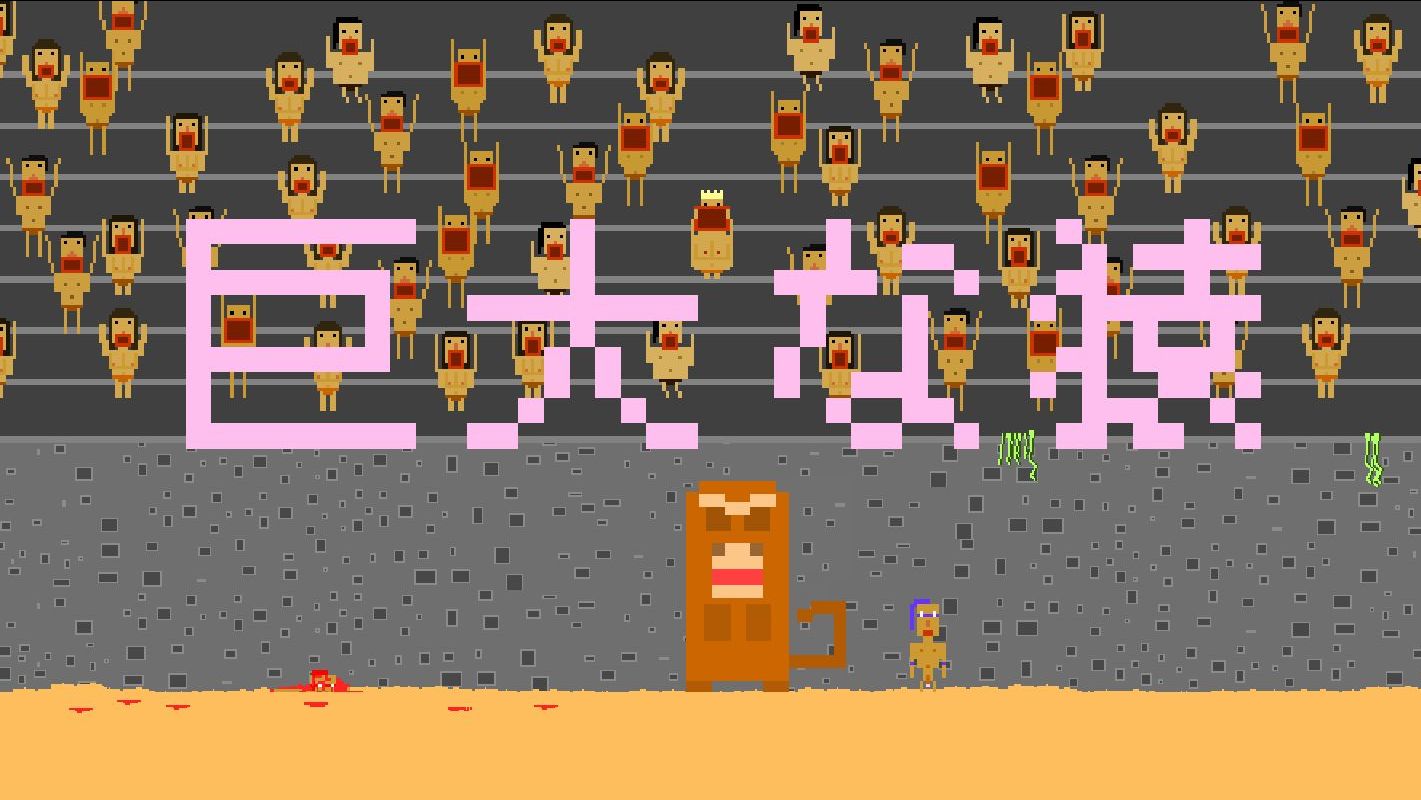 This is the same game as Mad Monkey. Nice to see they’ve moved up in the world though. 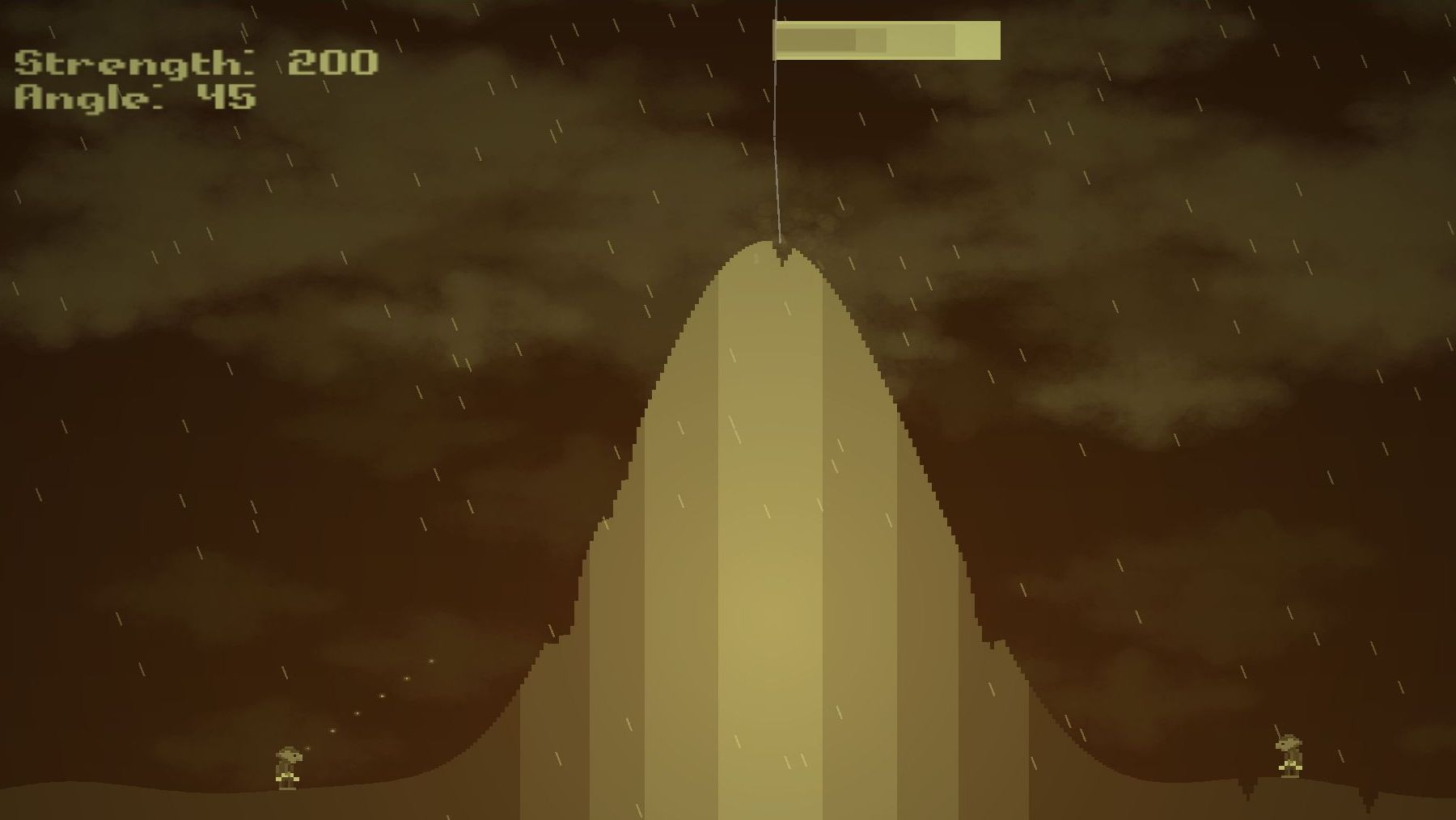 This is a two player one where you both take it turns to use the same keyboard to hurl bananas over a hill at each other. Yet again, I have questions. What happened to this world that these monkeys are forced to use their most precious resource to fight each other? Have we had this wrong the whole time, and giving a monkey a banana is actually an act of war? How many of our furry friends have we inadvertently insulted with our thoughtless gifts of potassium enriched fruit? It’s a lot to ponder on, but I have games to play. 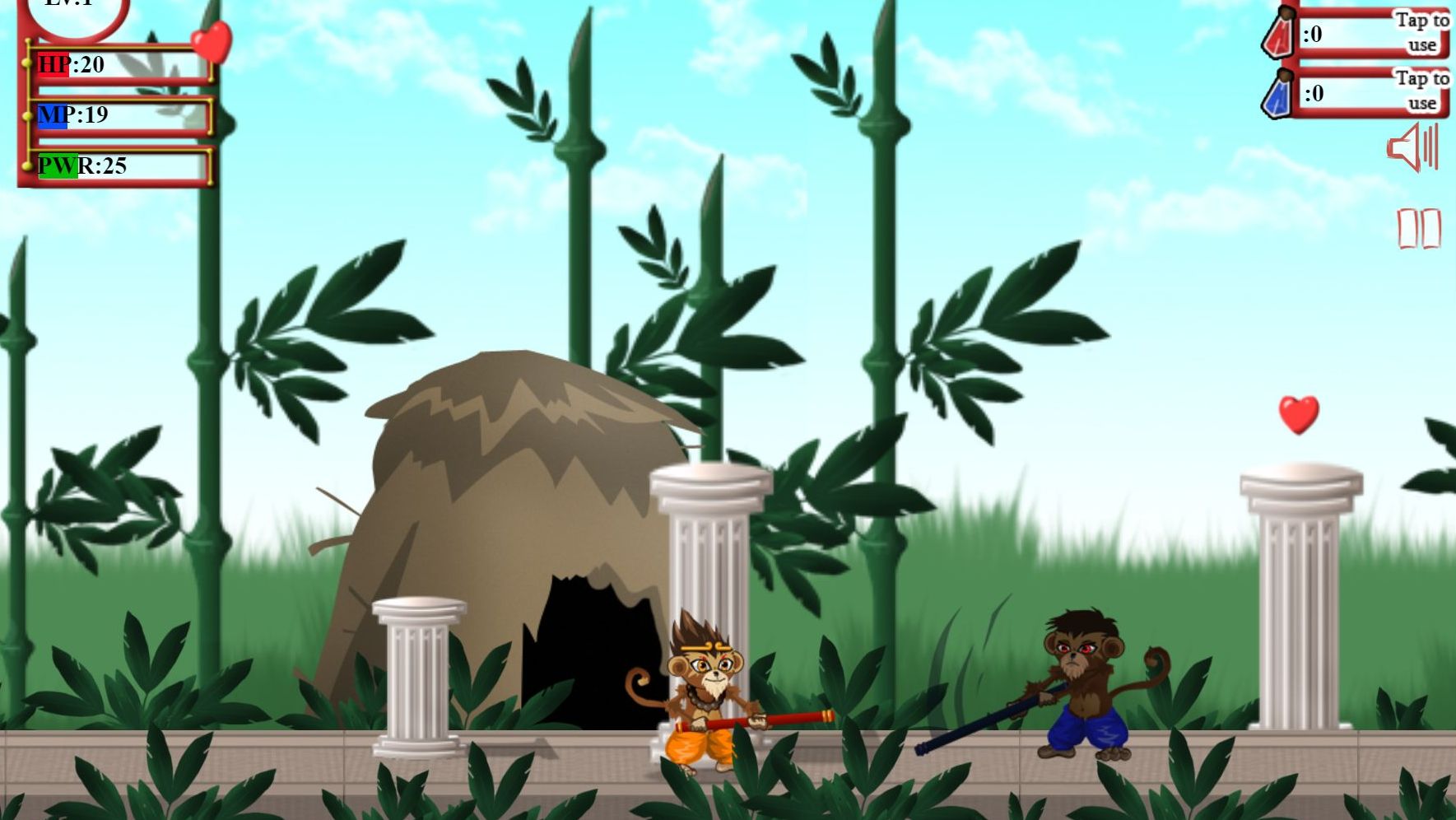 Much like Mad Monkey, the starring monkey in this one draws influence from the classic 16th Chinese novel Journey to the West. You, a fool, may marvel at the way such cultural artefacts endure, and how ancient archetypes speak so strongly to our collective spirit that they remain relevant even hundreds of years later, but I know a dirty asset flip when I see one. Next. 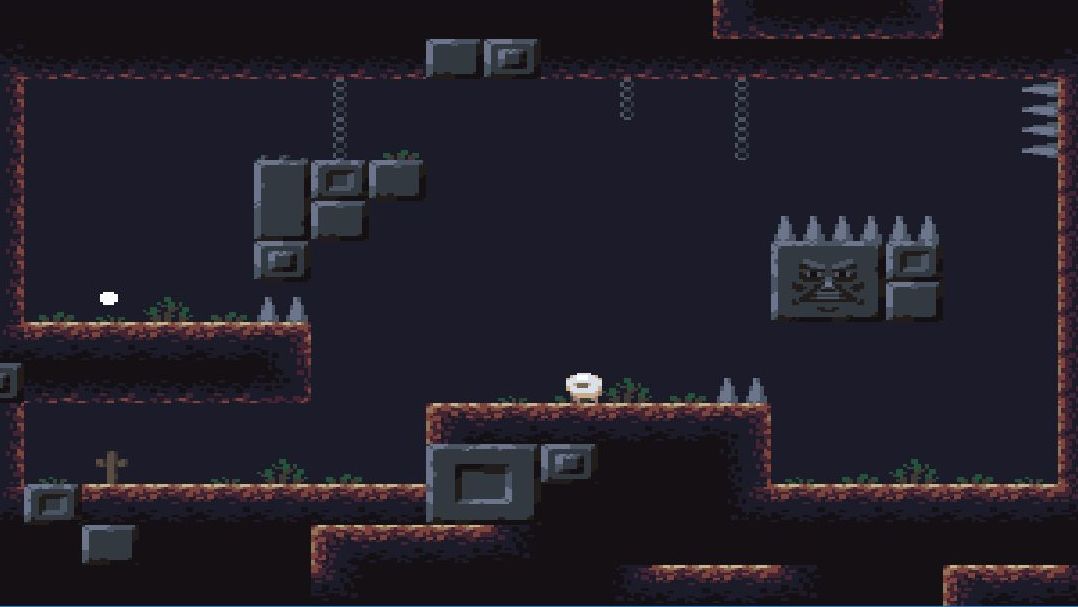 Lost Monkey and the Star of Hope 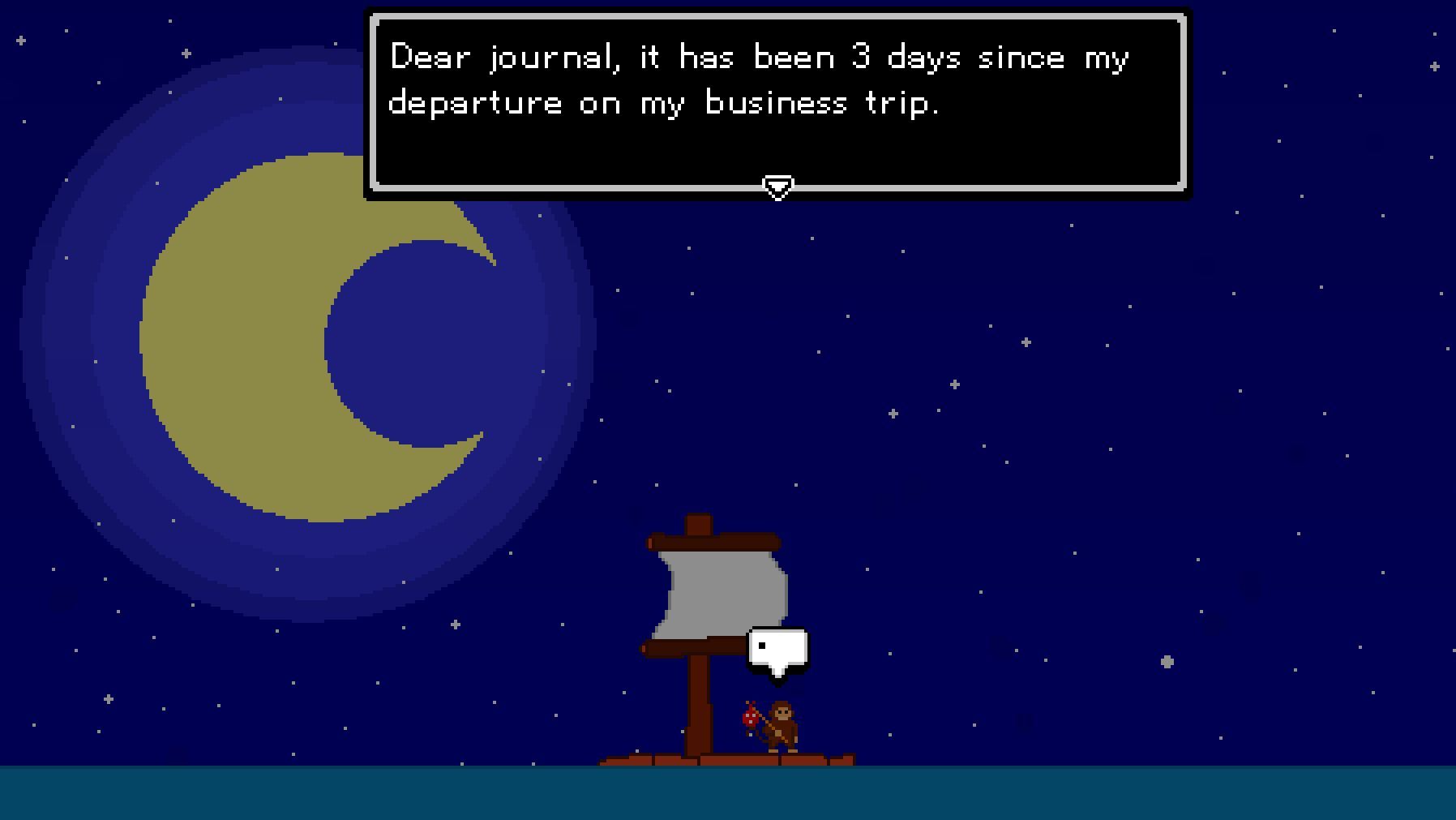 Was hoping this one would be an RPG of some sort after the starting dialogue, since I haven’t had much of chance to get to know any of these monkeys personally. Alas, it was another platformer. Pleasant though. The monkey has a bindle that is somehow strong enough to break rocks, yet light enough to allow him to jump great distances while carrying it. If the owner of such a bindle can be lost, what hope is there for the rest of us?

Monkeys to the Moon 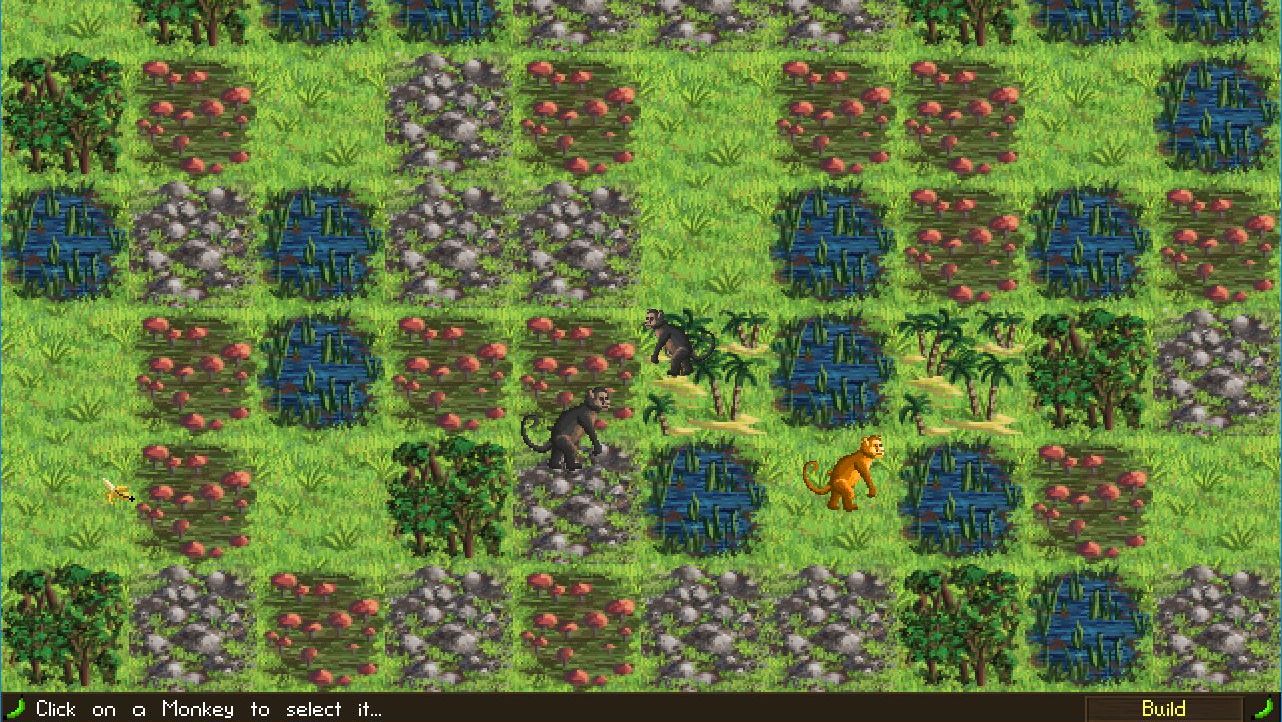 This deserves special mention because it’s the first strategy game I’ve played so far. It’s a worker placement thing where you collect resources in the hope of building a rocket to the moon which some monkeys have mistaken for a giant banana. Interesting execution, but highly predictable character motivation.

This is about a monkey. 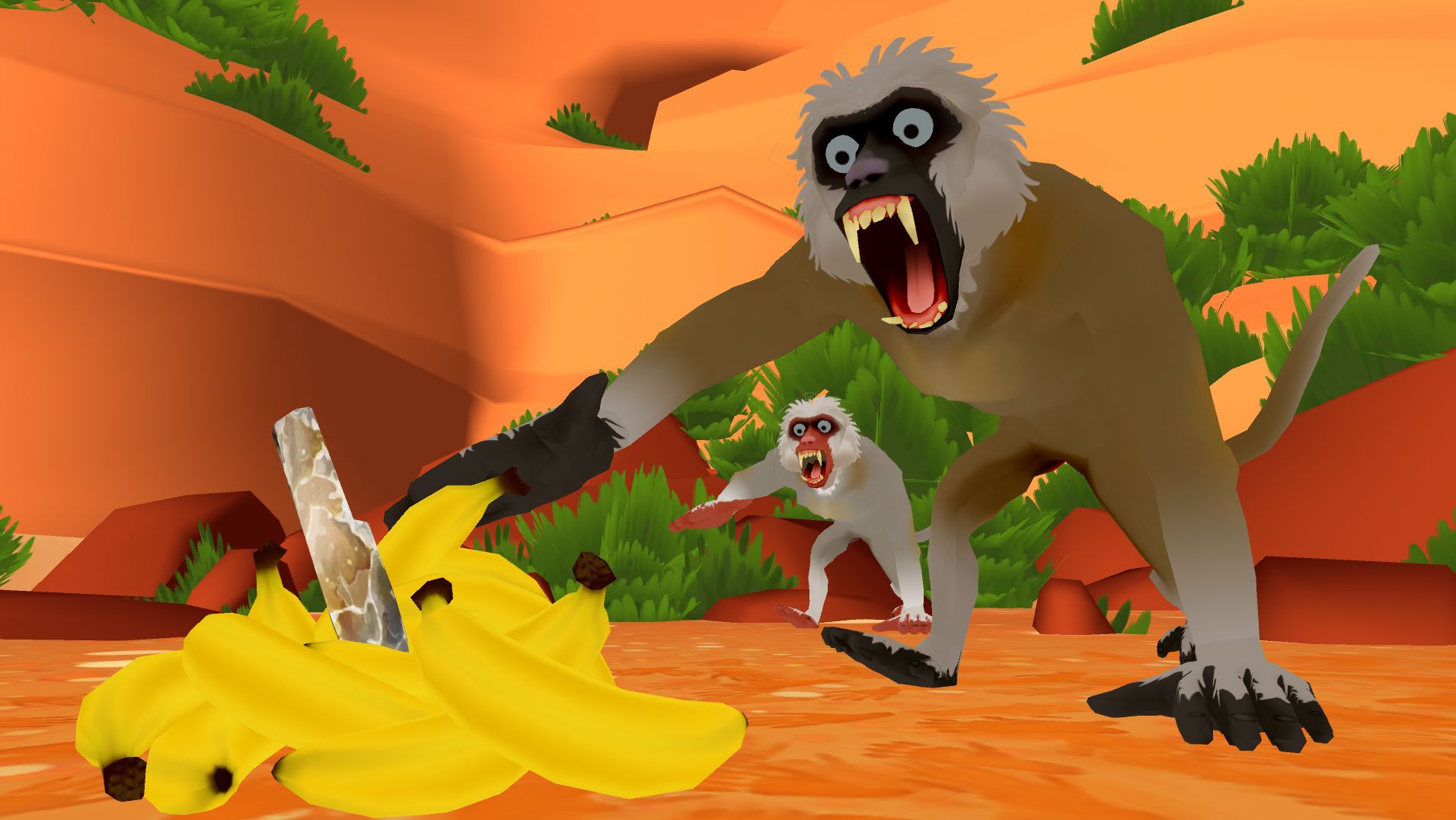 Ah, so this is where they get all the corpses to seal in those awful monkey balls? Disturbing filth. Should be banned. 12/10. 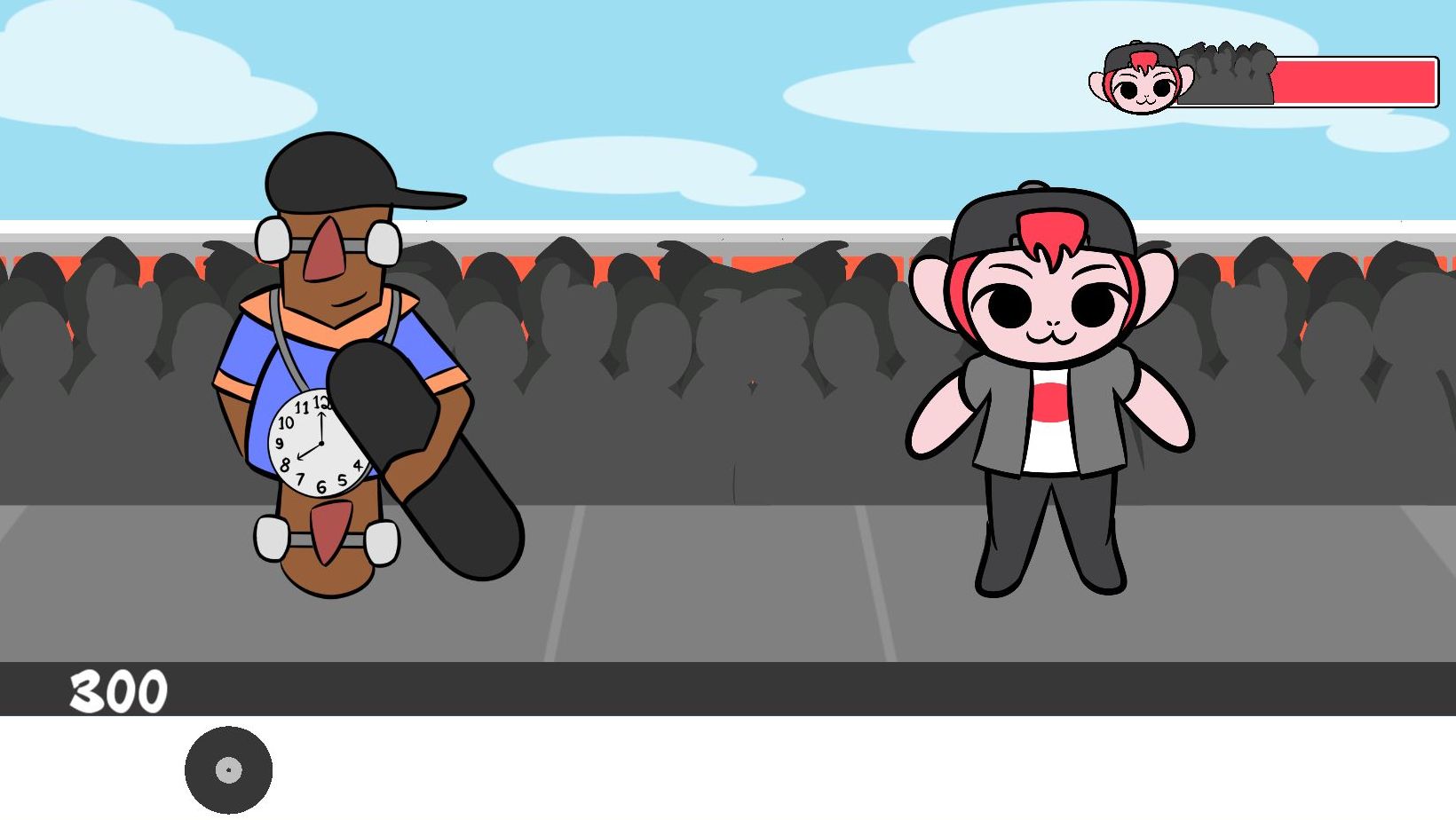 This is the purest thing I have ever played. Unfortunately it’s also a rhythm game, and I’ve been up for hours writing about monkeys, so I wasn’t very good at it. 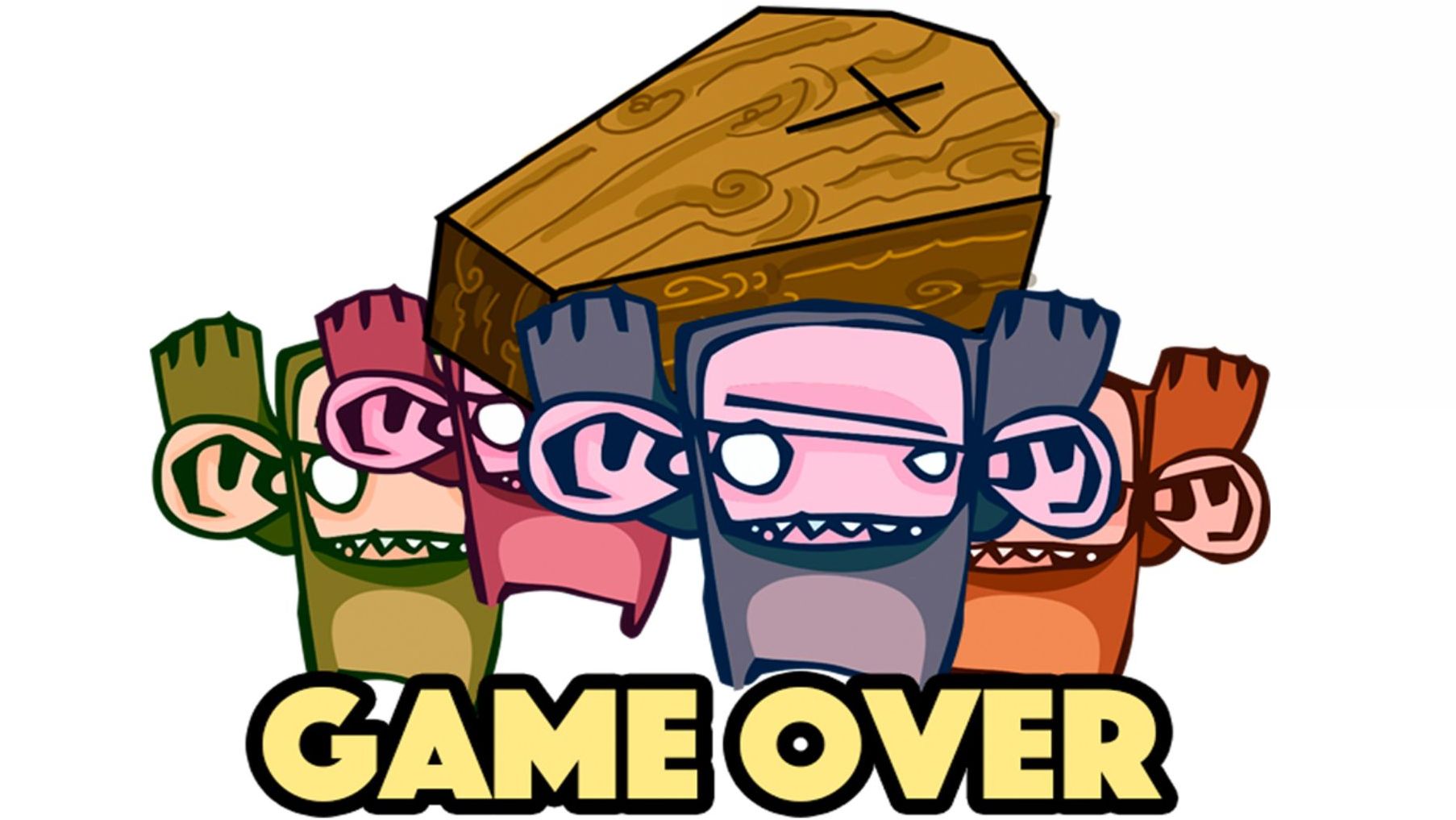 Do you ever stare blankly into the distance and think about how video games are a leech not only on your time and finances, but also on your soul? About how, if we can isolate and synthesise the sensation of accomplishment and progress so readily, then maybe it is not games that provide the illusion, but that all progress and accomplishment is, in fact, an illusion? Haha no me neither you DORK games are so fun this one has monkeys in it. 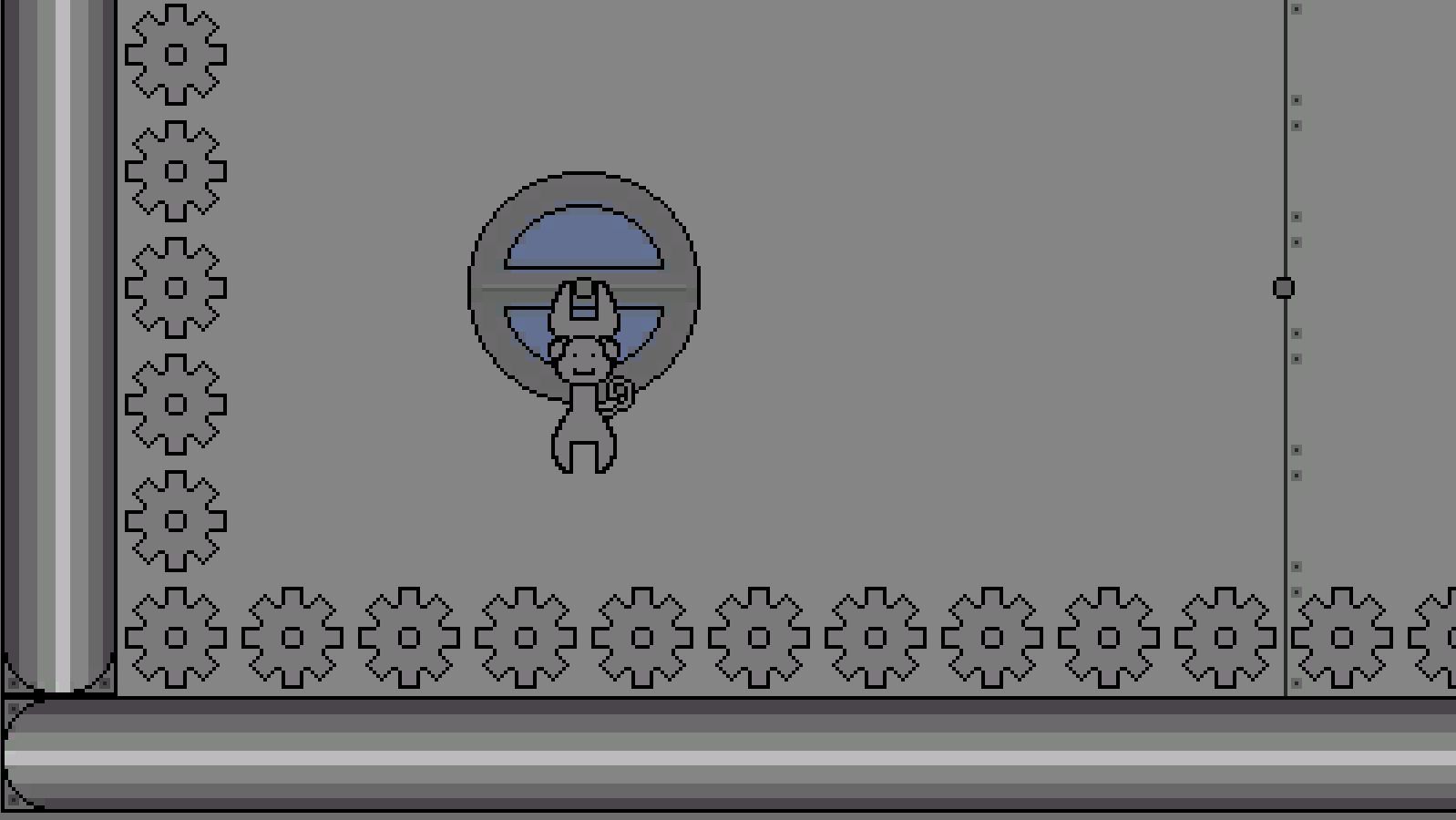 Well, this is a pickle. I’m not actually sure whether this one counts. It looks like a monkey in the shape of a wrench, which is fine, if highly unorthodox. But what if it’s a wrench in the shape of a monkey? I decided it was best to play it safe and moNkey MonKey, you know? Just MonKEy MonKey MonKEY and hope for the best. Monkey.

Not technically about monkeys. 14/10 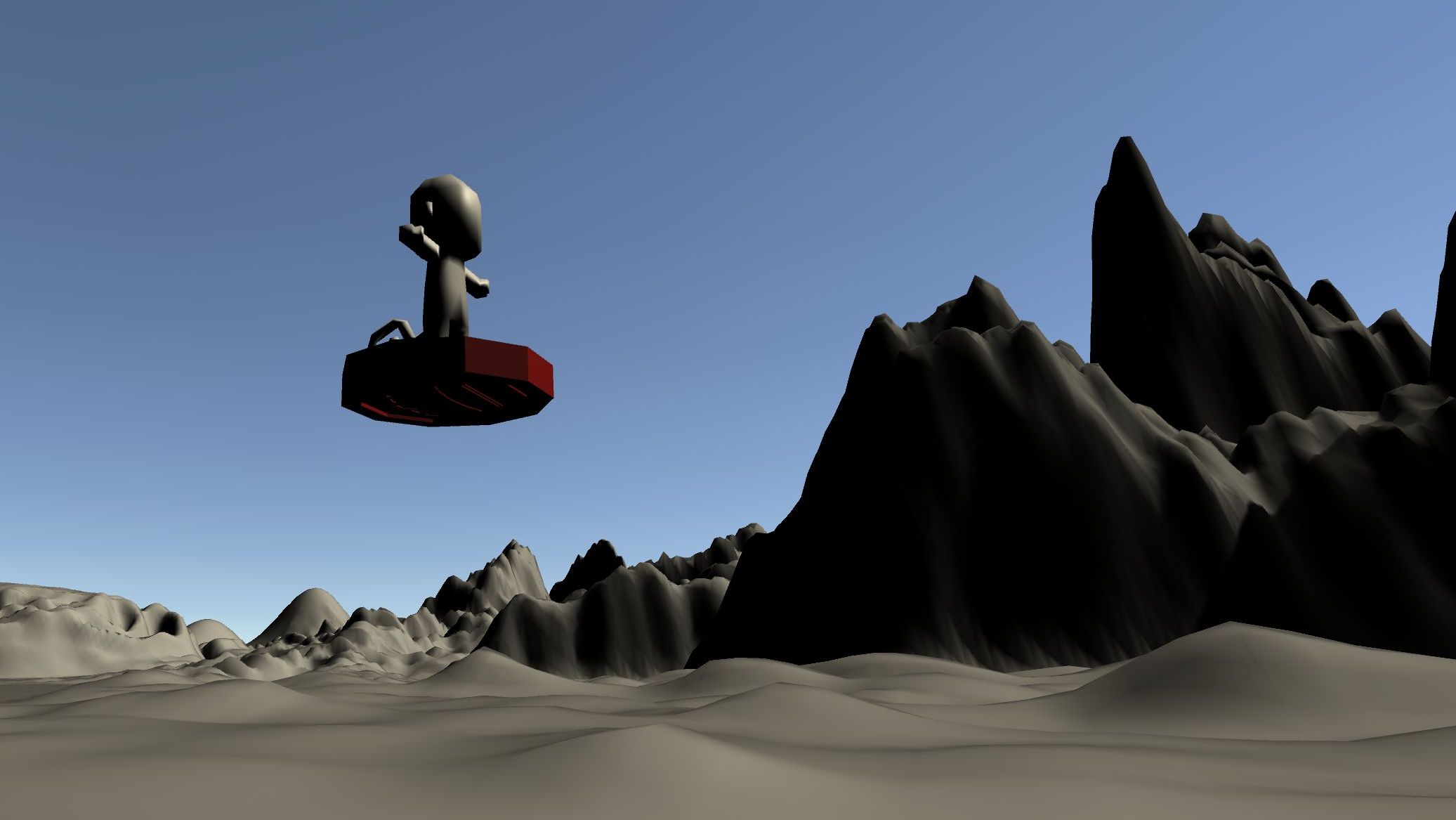 Millipede Monkeys, a million miniature monkeys rippling across the 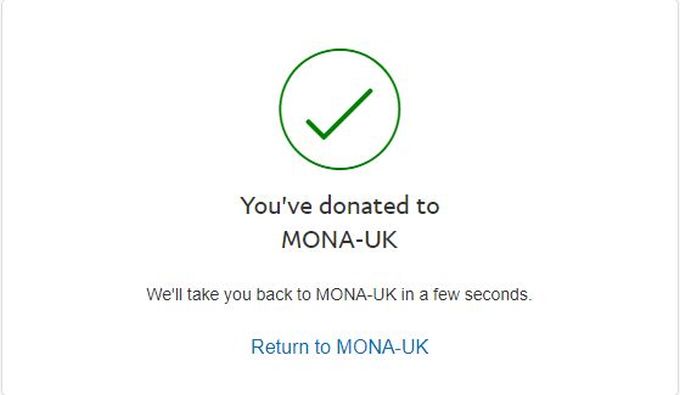 Oh wow, the Monkey Miners did unionise. But now it costs money, and seeing as I’d acquired every other game on the list for free, favouring this one with cash seemed like a breach of the stringent journalistic ethics that allow me to produce pulitzer worthy reporting such as the piece you’re currently reading. I donated the fiver to a monkey sanctuary instead, which seemed to soothe to the chattering echo of hungry primates in my skull for a few moments, almost as if the monkeys were now part of me, and their will was my own.

This was just that palace monkey again. Wasn’t going to be part of it.

Monkeys on the Beach

Not about monkeys, actually about curses. Not a monkey in sight. 17/10 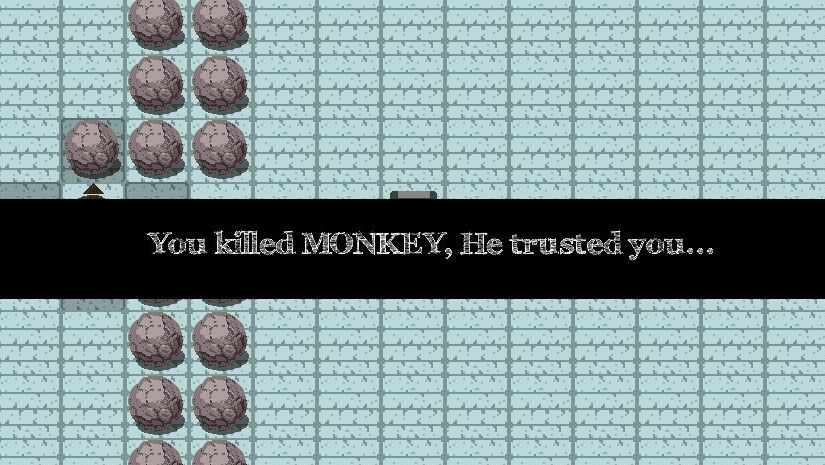 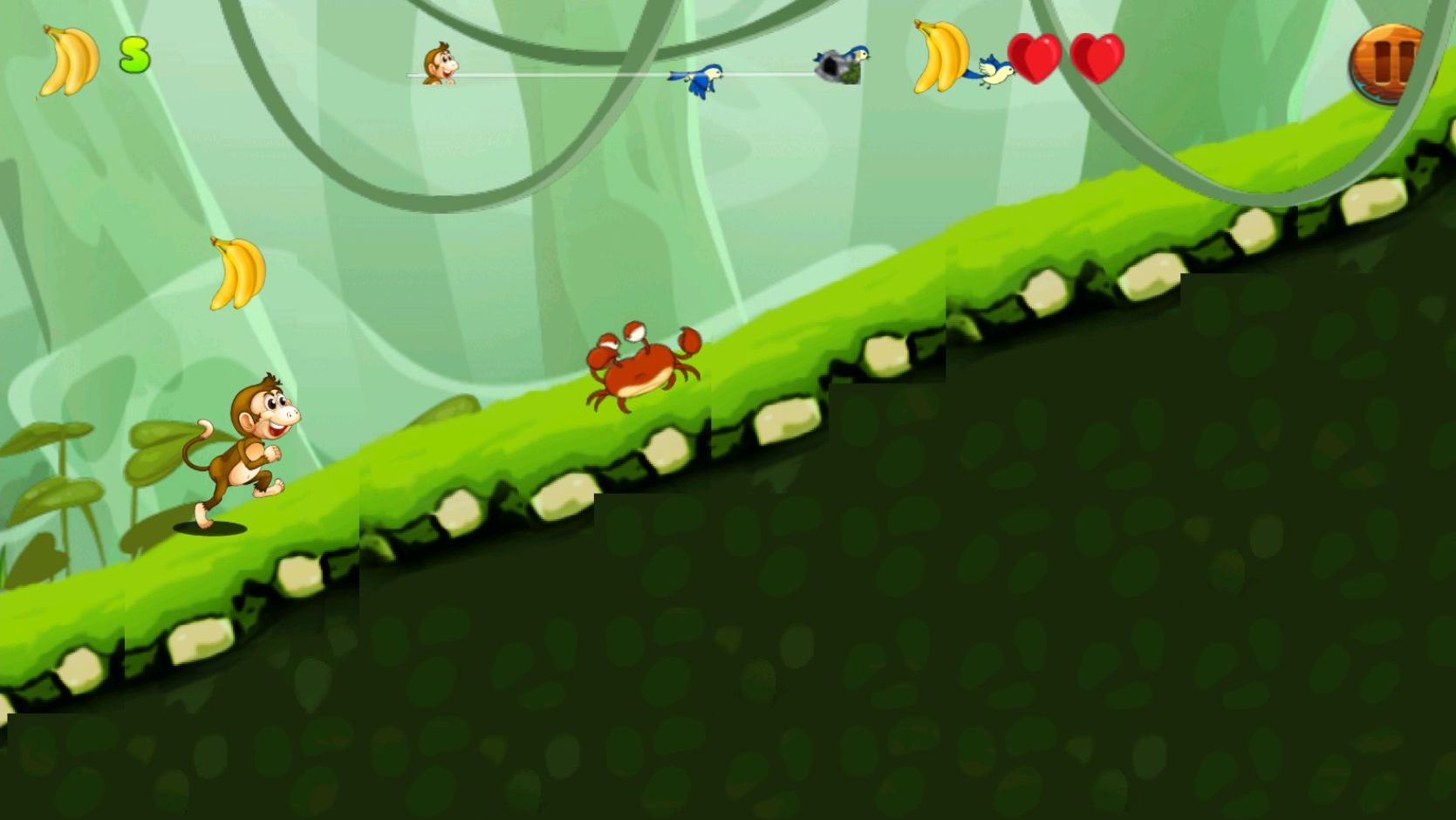 Another monkey with a strange relationship to bananas. This time, the monkey just headbutts the bananas and lets them crumble down their face, making the whole act of jumping to collect them seem utterly pointless. I don’t understand why there are crabs in this jungle. I don’t understand why the people who made this game would be so careless as to include a sea creature in a jungle so important to the setting that they named the game after it.

I just googled it and according to this creepy robot lady, there’s actually millions of crabs in the jungle. Maybe some games about crabs would be nice. I could go for a nice crab game or two. Could a crab actually hurt a monkey? Maybe if the monkey swallowed the crab it could choke, but I don’t see why the monkey would do that. I don’t like this game.

You know what Chrome?

Monkey Rings in a Water Toss

Oh no it was earth all along. 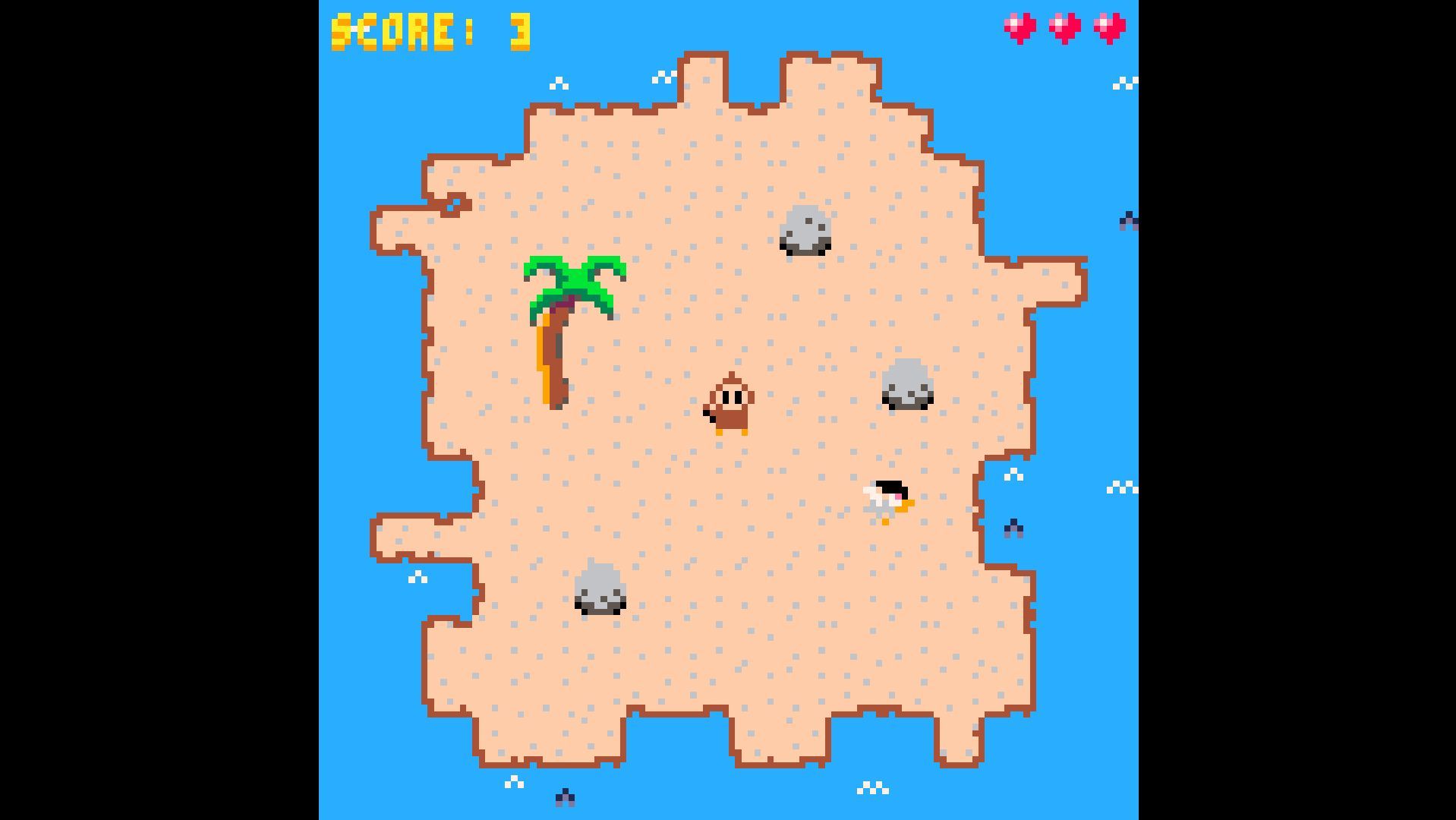 Oh Mr. Monkey. Who gave you that boomerang?

Chrome I love you.

I have beheld the grinning face of the hairy jester that cackles at the end of all things, and his smile was an unripened banana.

The Cubic Adventures of Monkey

[Editor's note: We've have been unable to reach Nic since he submitted this article. If anyone has seen him, please email. We have called him several times but there is only ambient jungle noise on the other side.]