I'm a big fan of being sneaky.

I don't mean being sneaky in a 'creep up behind people and put a knife behind their shoulder blades' kind of way. Stealth in video games can be fun, sure, but the joy there lies in gaining mastery over a system rather than, well, people. I'm talking about the kind of sneakiness that revolves around putting on a good performance, around saying just the right thing in just the right way to trick other humans into thinking you're on their side. I'm talking about hidden role games.

People often point to The Resistance as the perennial example of a hidden roles game, and I'll explain it here since it's a) simple and b) the first board game I ever bought (or card game, if you insist). From there things... spiralled. 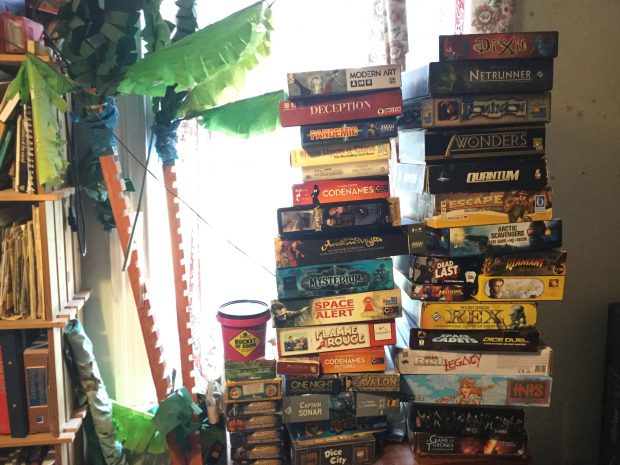 I'd argue that other games have since surpassed The Resistance, though many of them will have looked to it for inspiration. It's a team game: there's a larger team made up of goody-two shoes resistance members, and a smaller one comprised of traitorous spies. The spies know who each other are, and it's the job of the resistance members to root them out. Those good guys have to put together teams in order to succeed 3 missions, but if a single spy manages to inveigle their way onto the mission they can choose to fail it anonymously. If three missions fail, then the spies win instead.

You might recognise the core idea from Werewolf, though if that's the limit of your dabbling with hidden roles games then I'd encourage you to look again. Werewolf gets more interesting when you start adding in roles, but those are hard for newcomers to remember - which means that all too often the game boils down to shouts of "he looks shifty, I bet it's him!". That can be fun in a kabuki theatre kind of way, but that's just scratching the surface of what these sort of games can do. The Resistance throws in enough structure to give people a basis for their accusations, and ways for the accused to defend themselves. You still need to be able to act, and figure out what you can from the way people behave, but there's a deductive backbone that supports a playing field where logic and colourful deception collide.

I know a few people who've stopped playing The Resistance simply because they find it too stressful, which says a lot.

What's fantastic, though, is how that basic idea can be spun up in so many different ways. Take Mafia de Cuba, for example, a game where the Godfather of the Cuban mafia attempts to recover his stolen diamonds from other players. If you don't feel like lying, at the beginning of the game you can choose to take a "loyal henchmen" token instead - and then you're part of the Godfather's crew, helping to solve the crime rather than perpetrate it. Brilliantly, that lets you play with your friends expectations of you: I've seen quiet types who never lie get away with audacious thefts simply because no one thought they'd want to risk deceit.

Then there's Two Rooms and a Boom, which has generated some of my favourite memories from any game, board or otherwise. The player count can go up to a ridiculous 30 people, and it's played in two separate rooms, which you exchange hostages between each round. Unlike any other hidden role game I've encountered, a core rule is that you can freely show your role card to other people. Some roles are more important than others, and one trick you can pull is to pretend that you have a pivotal role when really you're just a lowly minion. One time I tried to do just that, and thought I'd convinced the person with the most important role on the opposite team to confirm their identity to me. When we jointly revealed our cards, it turned out we were on the same team - and had tried to dupe each other using the exact same elaborate ploy. 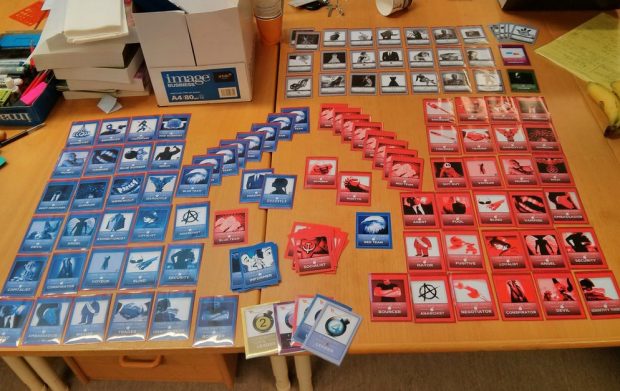 I could keep listing games with exciting twists on the hidden role formula, but I'll resist that temptation. The point I wanted to make is that they all embrace and encourage sneakiness in ways that I've never seen attempted in a video game. Systems like the disguises in Dark Souls come to mind, or the psychological stalking of the upcoming Murderous Pursuits - but it's not the same. Those are great in their own ways, but they're about different, less personal forms of deception.

There are digital versions of existing hidden role games, but the ones I've tried have only made me think about how not being face to face - or even voice to voice - removes nearly all their appeal. I started writing this thinking I'd talk about how it's a shame that (as far as I'm aware) no one's tried to make a video game that does something new with hidden roles, and I'd still love to see that attempted. At the end of the day though, the thrill of tricking other people just isn't going to be the same when they're not sitting right next to me. Board games will always let me be sneaky in ways that video games can't, and that should be celebrated rather than bemoaned.