Mars Horizon is a much more cunning creature than it seems at first. When I played its demo last year, I thought it was a splendid little management sim about the space race, albeit with the words “splendid” and “little” arranged like the wheels of a penny farthing. It seemed a bit simple, if I’m honest, with the potential to be a pretty linear walkthrough of the history of space exploration.

But I have been proved wrong, as comprehensively as flat earthers were on December 7th, 1972. I still think the game would benefit from a more… lax approach to counterhistorical material (let me build a rocket powered by nuclear bombs, cowards!), but despite keeping you close to reality, it gets a lot deeper as it goes on, and offers some masterfully balanced strategic dilemmas. Indeed, just like in a film where an unassuming training instructor karates the face off a macho braggart, Mars Horizon has taught me a valuable lesson about underestimation. The way I learned this lesson, was by bankrupting myself on the moon.

It all started so well for the Walsall Space Agency. We were the first in the world to launch a satellite into space. Then we chucked a hound up there, and then a lady, and while the dog didn’t make it, the lady did - and so did the WSA. In the year 1960, the West Midlands was at the undisputed forefront of the final frontier.

“This is a piece of piss,” I thought, as I selected the obvious best option at every decision point. "Of course I’ll build the best rocket!" click. "Of course I’ll pay to fix this ominously damaged system before we launch!" click. "No expense shall be spared, for these brave men and women from the black country!"

Because I’d played games like this before, I thought I knew the drill. You probably know it too. Risks are underplayed dramatically when first foreshadowed, so that idiots will leap at cheap wins like a wolverine into a carrier bag full of ham, only to face the consequences later when things get out of hand. Thinking myself wise to these pitfalls, I took the sober, sensible route at every turn. And of course, I ploughed resources into research too, because scrambling up the tech tree is always how you win at these things. 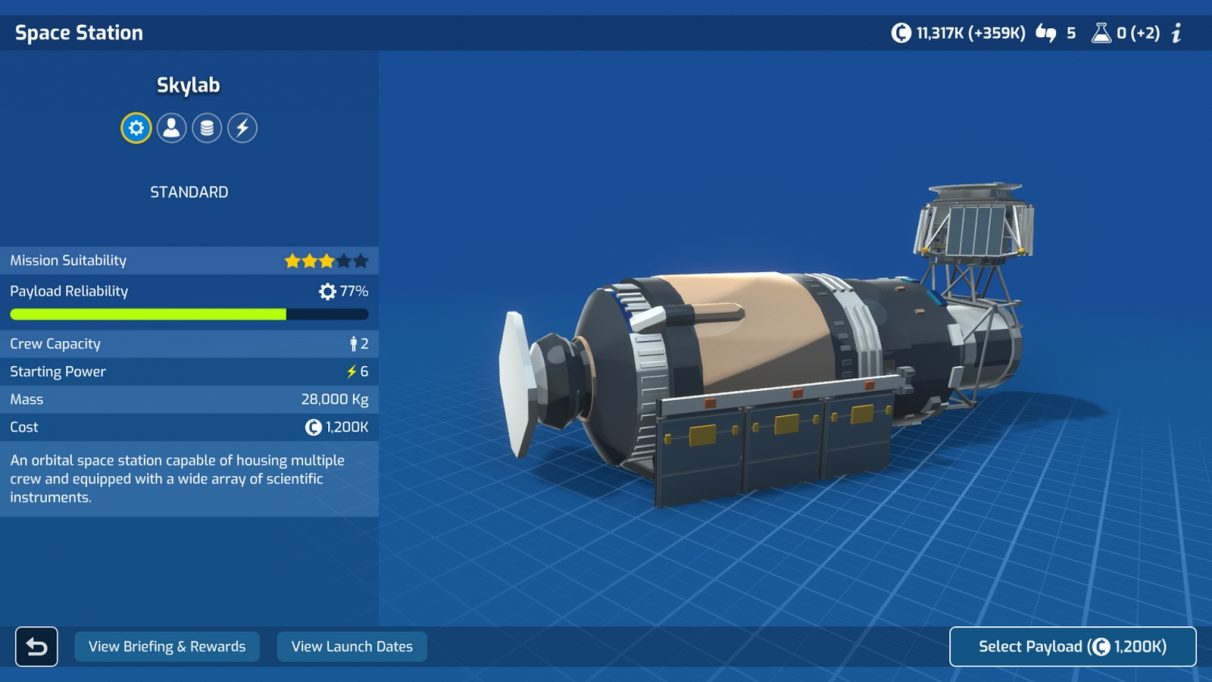 But ten years later, at the dawn of the 1970s, the tables had turned. At Bloxwich mission control, the WSA’s top brass sat glumly and ate their pies as China, the USSR and then Japan launched crewed moon landings, one by one. Meanwhile, our world-beating booster system, Big Bloke 2.0, was still lying half-finished in a shed, because we couldn’t afford a launch pad big enough to assemble it on.

That was when I learned that the moon isn’t just a harsh mistress in Mars Horizon; she’s a bloody findom. I’d thrown everything at my version of the Apollo programme, but it had proved to be a financial bridge too far, and while I had been desperately trying to make it work, other agencies had quietly built themselves up on more humble missions. We made it in the end, of course. But since nobody really cared who was fourth to the moon, the WSA never truly recovered from that loss of momentum.

You know how I could have pulled it off? By cutting corners. By accepting a marginally higher risk of explosions. By condemning a few more of Dudley zoo’s chimps to the uncaring void. I could have eased off on the throttle in the 50s, and started accruing unsexy long-term infrastructure bonuses, rather than slamming through the early milestones as if my scientists had been working with guns to their heads. Turns out I had been the wolverine, and my bag of ham had gone rotten before I’d been able to guzzle it all.

I’m not frustrated by this, as I thoroughly deserved it. I was a victim of the very specific hubris of... thinking I knew how to avoid hubris. And in tripping me up like this, the game was saying two interesting things. 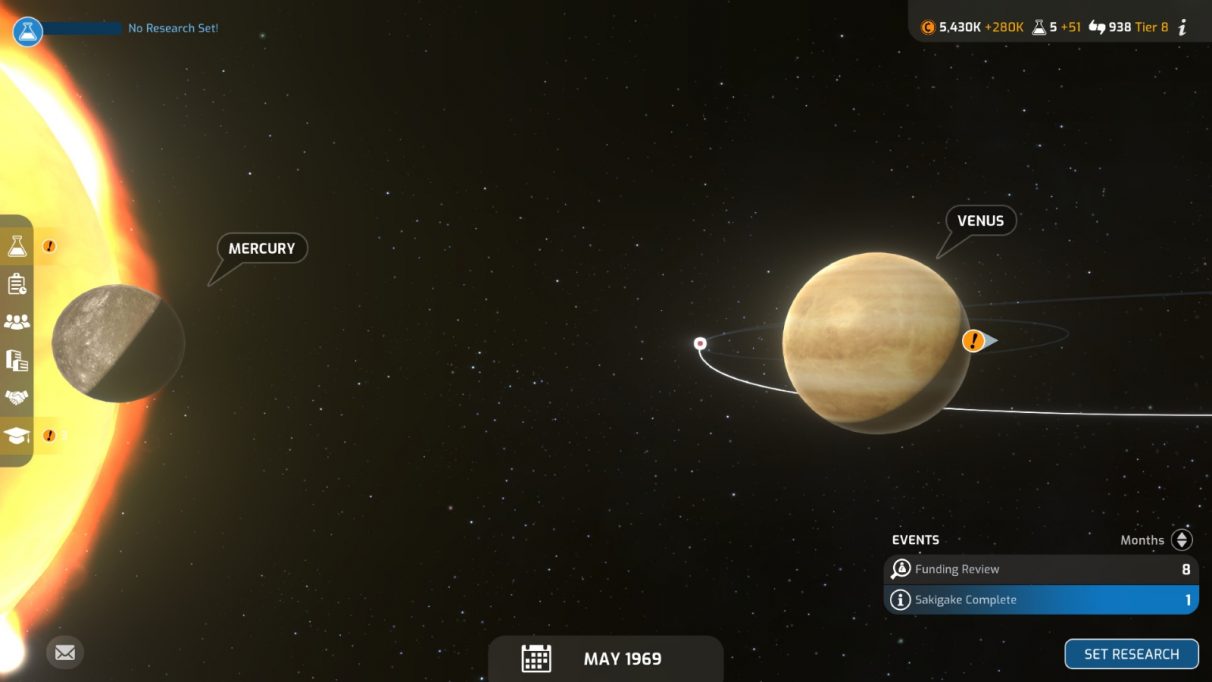 The first thing was that risk mitigation will only get you so far from the surface of the earth. Space is so insanely dangerous, after all, that if you do everything necessary to make it safe, you’ll have no cash left to actually get there. You can’t make an ISS without breaking a few Ariane 5s, after all, and Mars Horizon does a great, nuanced job of exploring how risk works for space agencies.

The second thing was a reminder that head starts don’t always last. To me, one measure of a well-designed management or strategy game is its ability to prevent early wins from snowballing into inevitable victory. Winning stops being fun when you know you can't lose, and Mars Horizon manages to keep things permanently precarious in a way that even giants like the Civ series struggle with.

Next time I play, I won’t be complacent in the early game - I’ll forego a few world firsts for the sake of later successes, and ease off on the research. But at the same time, I will be complacent, at least a little bit, when it comes to safety. I'll risk my rockets, and chance my chimps. I will fuck around, as they say, and find out. And that, Auroch Digital, is why you should totally let me make rockets powered by nuclear bombs, OK?