A pack of running dogs are chasing me. The ground is falling away beneath their hind-paws, and beyond them is a void that somehow curves toward a horizon stapled across infinity. The running dogs will never stop; they emerged from the womb with their legs tucked to their chests, and as soon as they uncoiled they were in motion. Their mothers did not miss a stride as they gave birth to them.

So goes one minute of my existence in the overlapping infinities of Hyperrogue [official site].

It's one of the best games I've played in a long time, which makes it all the more annoying that I could have been playing it for a long time. The first version came out in 2011 and by 2015, it was available on Steam. You can still play for free, but since I got home from EGX, where I played it for the first time in the Leftfield Collection, I've already bought it twice. Once on PC and, because it's the kind of game I don't want to let out of hand's reach at any time, on tablet as well.

As the name suggests, it's a roguelike of sorts, but it's not like anything else in the genre. It's like a combination of Rogue and Chess at all times, and then at different times it'll drip in a selection from dozens of rulesets and pop culture references. One area throws in Conway's Game Of Life, another drops in a dollop of Dune. A few steps away, there's Minesweeper: The RPG. Then there's a watery area that reminded me of the old boardgame Escape From Atlantis, right before I fell into a Hall of Mirrors and created an army of me to fight against the narcissists. 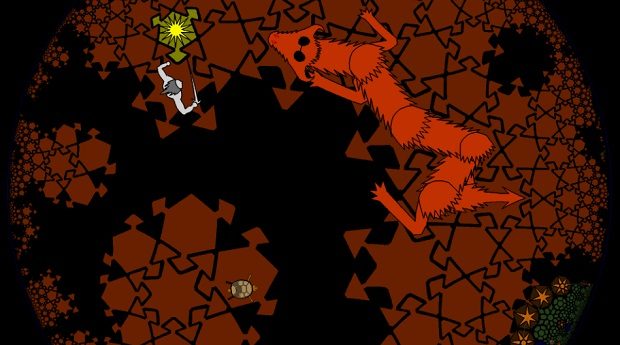 It's complicated. Or at least it sounds complicated. The truth is that if you can click the cursor on the screen, you can navigate HyperRogue without running into too many problems. You can't stumble into a sword-point or the maw of a monster because the only way to die is by being 'check-mated', unable to make a safe move. You don't have to worry about stats or hitpoints or inventories because none of those things exist. It's all about exploration and understanding of the many realms that make up the world.

Put simply, the twist of this particular dungeon crawler is that the dungeons you're crawling through are hyperbolic realms that exist in non-Euclidean forms. If I were to put that not simply, I'd fall off my chair and lie under the desk for a while wondering if I were thinking about a game or a degree in Advanced Spatiomathematics. Hyperbolic spaces are very complicated and I don't understand them at all. 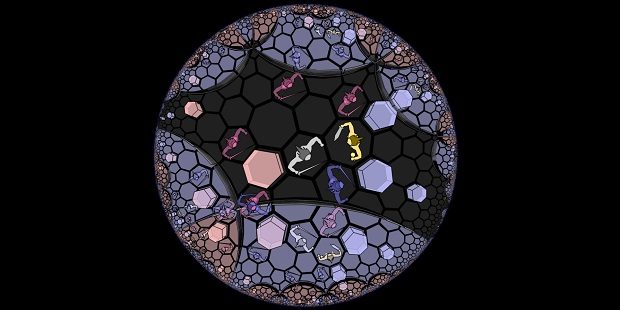 HyperRogue does the most wonderful thing that a game can do; it gives me enjoyable, clear objectives, a world to explore and adventures that take me across that world, and it does all the difficult and boring stuff on my behalf. Essentially, that's so often what I want from a game. Cities: Skylines is building blocks with rules and systems attached that make the building blocks more exciting to play with, and graphics that make them more attractive to look at. GTA is a box of dinky cars and action figures that have a life of their own – an 18 certificate Toy Story rather than the crime drama epic it sometimes pretends to be.

This game is a completely new reality, with laws of physics that I'll never be able to wrap my head around, but it's also a game about hitting trolls and goblins and all sorts of other creatures. There's a palace to steal treasure from and there are oceans to sail across, fighting pirates and vikings as you go. You'll find powerful magic and unstoppable monstrosities, and you'll do it all without thinking about maths and without ever understanding what this jumble of letters means:

Presumably somebody somewhere knows what that means – it's the rule that replaces the parallel postulate of Euclidean geometry when dealing with hyperbolic geometry – but I never will and even though I've been playing a non-Euclidean game for the past few days, I don't have to. That is the beauty of computers and brilliant game designers; they do not require me to understand everything about a game, they merely require me to engage. 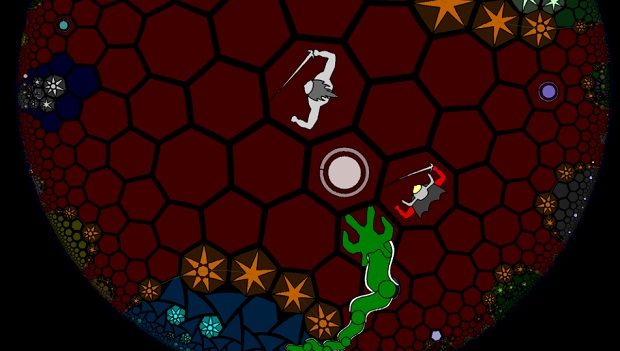 The menus are the only thing I don't like in HyperRogue. They're completely devoid of personality and make me feel like I'm logging into a job. That's a shame because it dissuades me from playing with the different visual modes that show new perspectives on hyperbolic geometry. But it's a small complaint given how lovely everything else is. It's clever, unique and packed with stuff to see. There have been loads of updates and additions over the years, and I don't feel like I'll ever discover every secret and trick.

If you're at all interested, go and play the free version. You'll most likely be surprised when you realise HyperRogue has made you laugh before it's made you furrow your brow in deep thought. Right click everything to read the witty little descriptions of monsters and items. This is a very clever game that realises how ridiculous its entire conceit is, and it refuses to be boring, always changing the rules and concealing entire worlds in the gap between one step and the next. 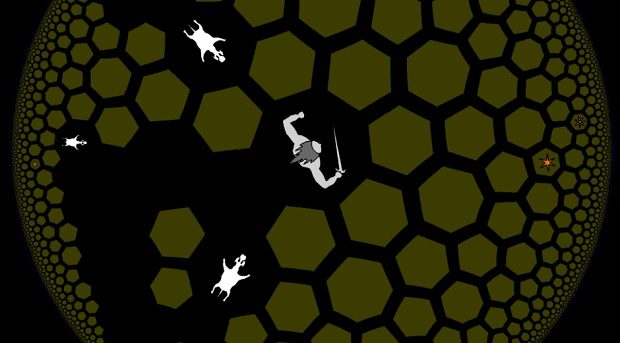 It's also strangely beautiful at times. Watching those dogs, the world crumbling behind them, I looked to the horizon while plotting an escape route and the impossibility of its curvature filled me with dread. But I wanted to go there all the same.

You can download HyperRogue for free, or buy it through Steam (£3.99) or itch.io (name your price). The paid versions are updated more frequently and contain leaderboards, achievements and other bits and bobs.