Hyperspace: Pirates Of Atira is a co-op space ship sim in which players manually operate different parts of the ship, physically running about its interior as needed. An Alpha version was released last week, and though it may be early days, the promise of space piracy overlapping with petty office arguments was too much for me to resist.

Matt and I had a bit of a play around with it. Join me then, as I recount The Tragical Death of Captain Farts.

After some wrangling we managed to connect our PCs and get started. Each player controls a little placeholder flatman, walking about the ship's corridors and interacting with control panels and buttons. It's a great little ship already, all cluttered and irregular, and although you start with a wrench I immediately established that no, I can't bash Matt over the head and take over as Captain. So instead, I settle for waiting until he goes to the kitchen and changing his name to "Farts". 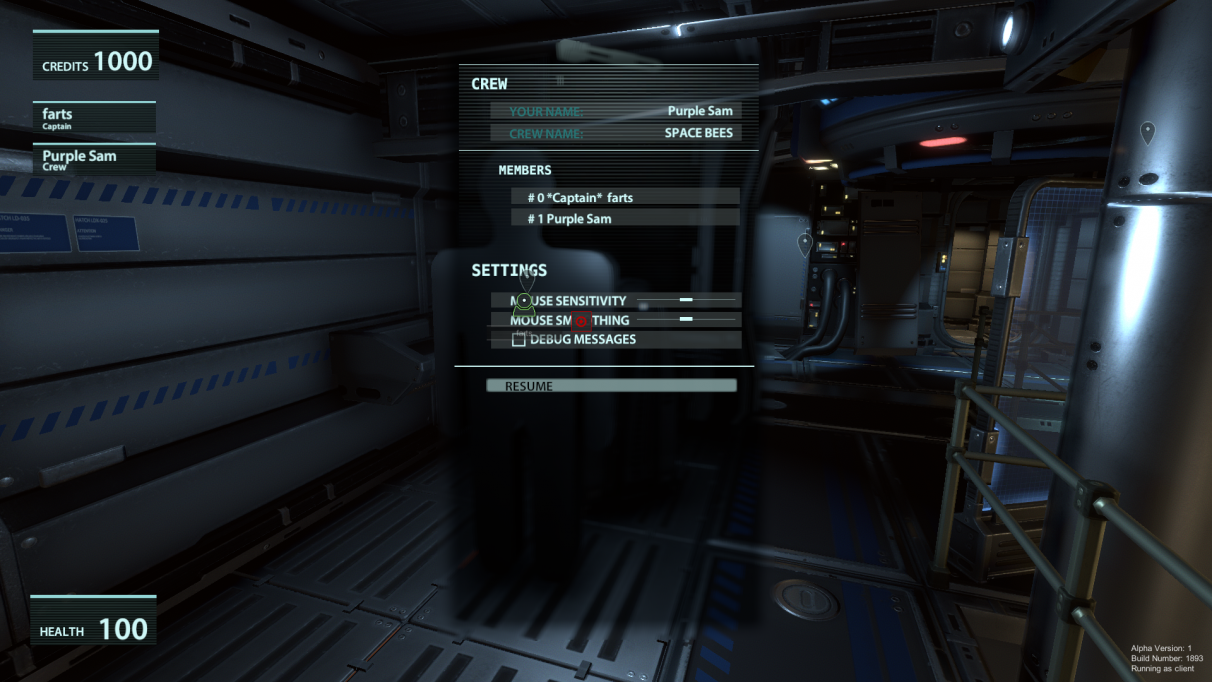 I like that the asterisks make it look like he insists on Captain Farts, thank you very much. We dither around, poking at its various control panels (they're very simple to operate at this point). I pick up a welder and figure out how to yoink minerals from the cargo hold so I can use them together to repair whatever our capacitors are, since they're a bit knackered out. Meanwhile, my enterprising Captain has managed to space himself. 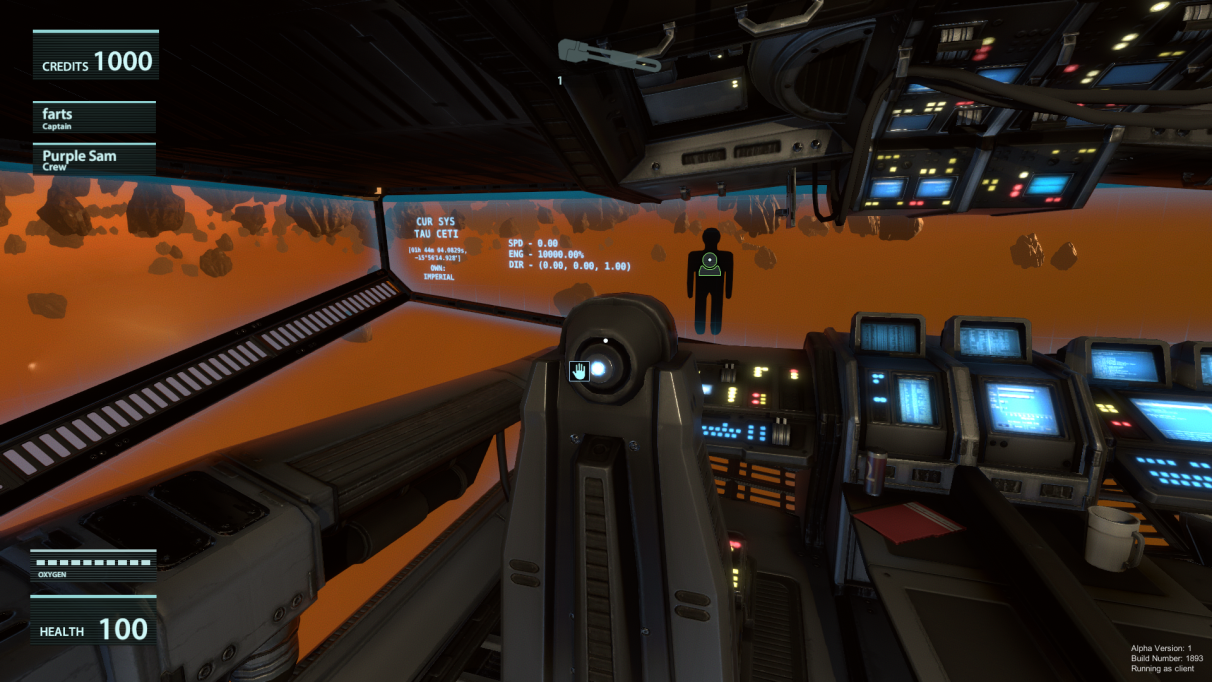 Oh Captain my captain. Christ. Naturally, I hop in the pilot seat and try to abandon him, but alas, either an automatic teleport or me crashing directly into him vwomps him back into the cockpit.

More poking about ensues, as we try to establish what there is to actually do besides coo at the shiny spaceship. The co-pilot's chair, it turns out, is where you navigate, sweeping sensors about to detect things, which then appear as blips on the pilot's screen. I determine that there's a wreck a few space miles away. "Salvage," hisses the large part of my brain that's obsessed with salvage for unclear reasons. We negotiate our way over to a big wrecked ship, where Captain Farts hurls himself out of the airlock again. 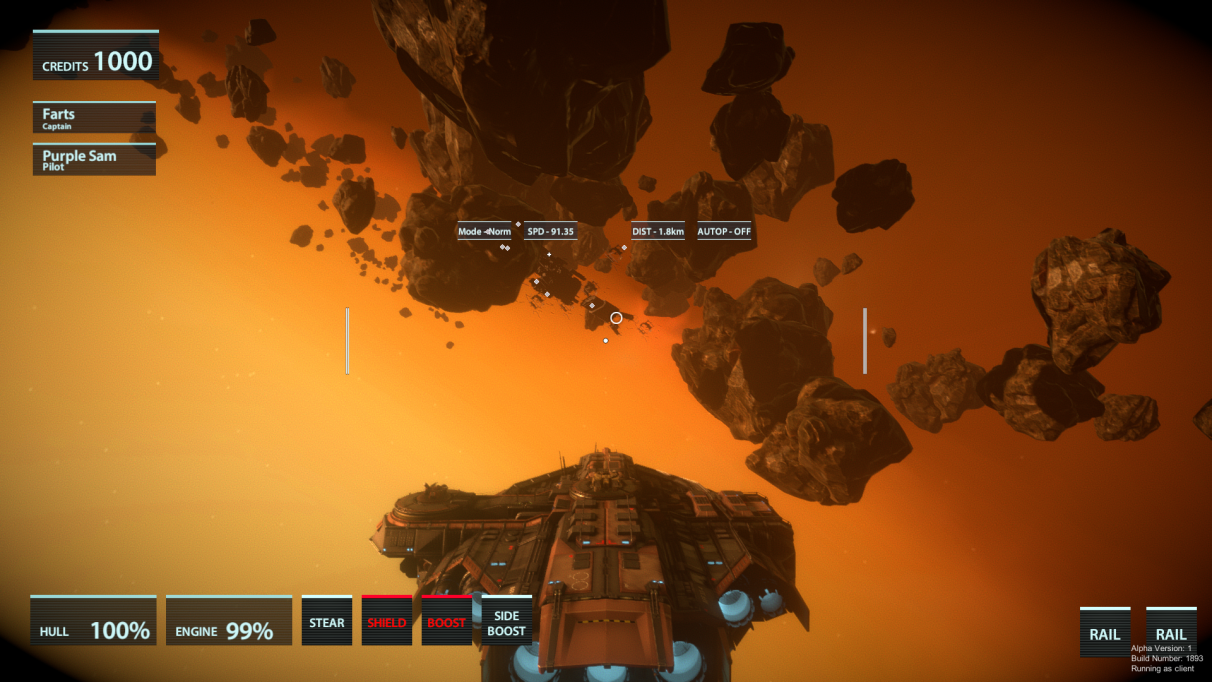 We know he has a spacesuit, so it's what I'd have done too if I could walk to the airlock without getting distracted by switching the guns on and off. It occurs to us both that we don't have any tools besides a wrench, and in Farts' case a welder. There's also no way for a free-floating spaceman to see the HUD icons the pilot can. We ponder.

"I repaired the drone computer", the Captain says at some point. And the cargo manifest listed two drones. "Hmmm," I say. And yes! I launch and steer the drone, which does have the fancy HUD stuff. "There's a box!", I cry with far too much excitement. Then the noble gaseous one swims over to my drone and informs me that he's out of oxygen. I delay salvaging the box to helpfully watch him asphyxiate. 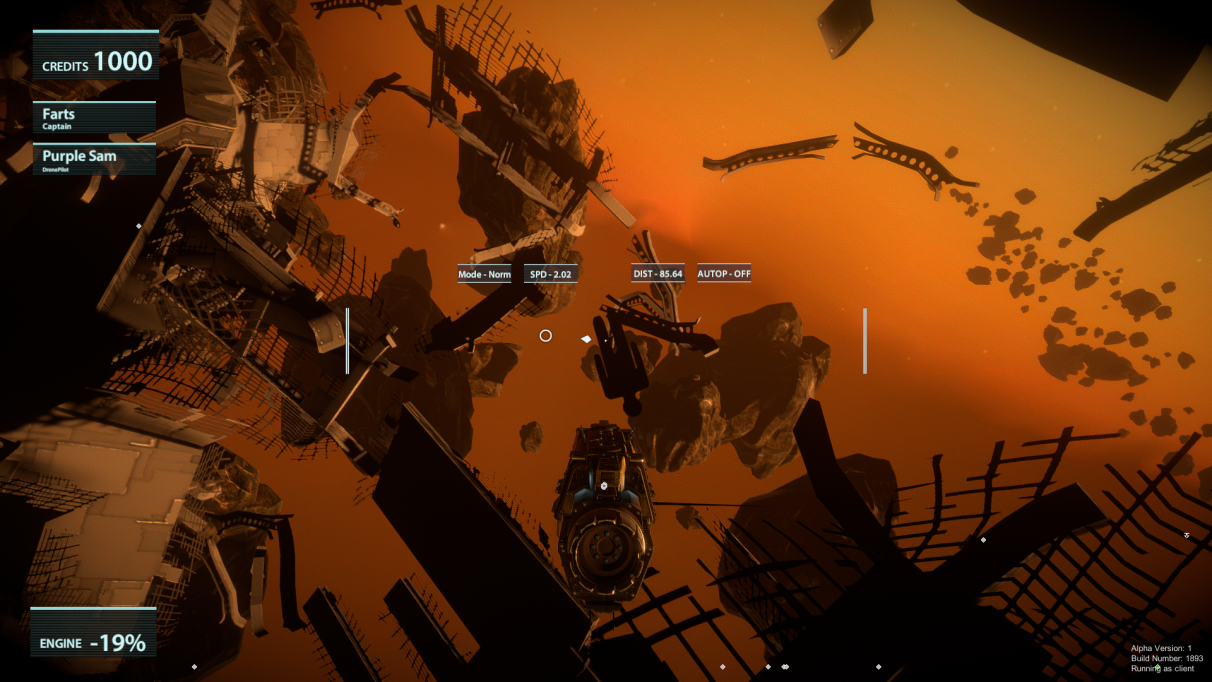 This is going well.

Excellently, Matt's screen simply remains black. A notification that "FartsDied" pops up and he leaves a sad little stick man, arms stoically flat to his sides, drifting forever in the void. "Perhaps I can recover his body and bring him back to life," I think. "Wait, no, this means I'm the captain now!" I add, once I remember the 100% legally and morally binding ship rules that I unanimously voted for when Matt left the ship. 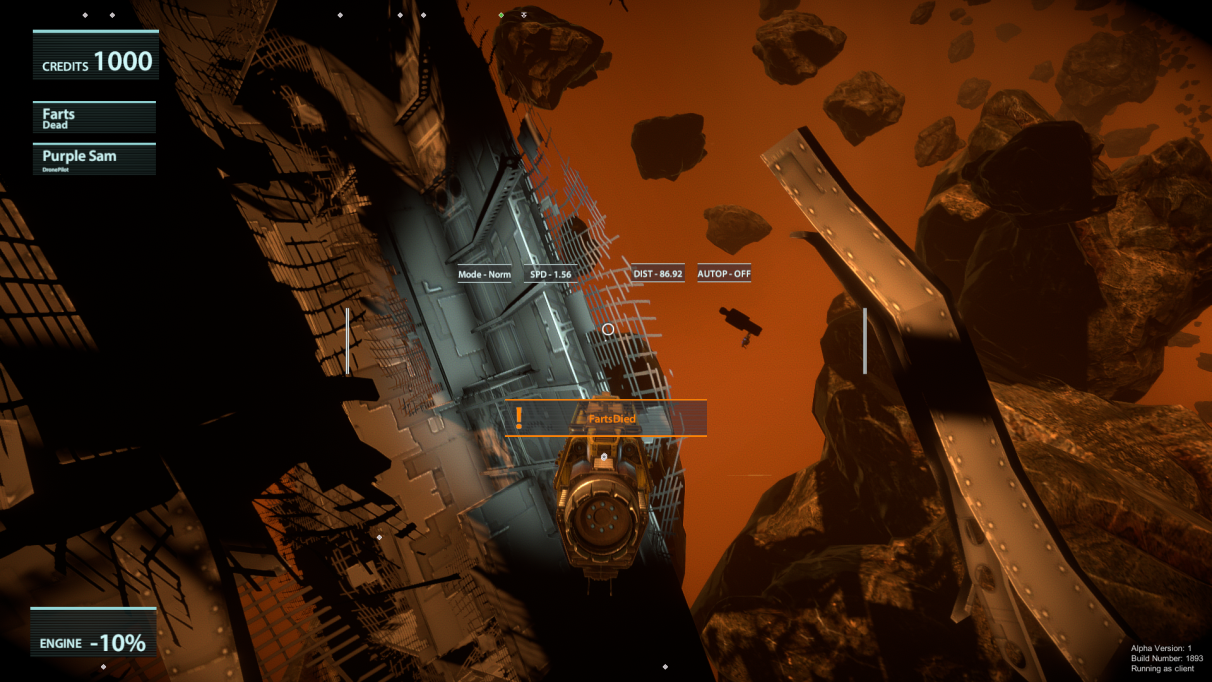 I scoop up the box, which contains some minerals, clumsily deliver them to the cargo hold, and fail to dock the drone back. Oh well! I have minerals now, and my own ship, which I immediately rename the Fartless. Its mission complete at the cost of one life, one drone, and a welder (slightly below the RPS monthly average), the Fartless flies off into the incredibly orange void. But the "FartsDied" notification remains, a permanent stain on my conscience. Oh Captain. Truly, you were the most okay I suppose of us. 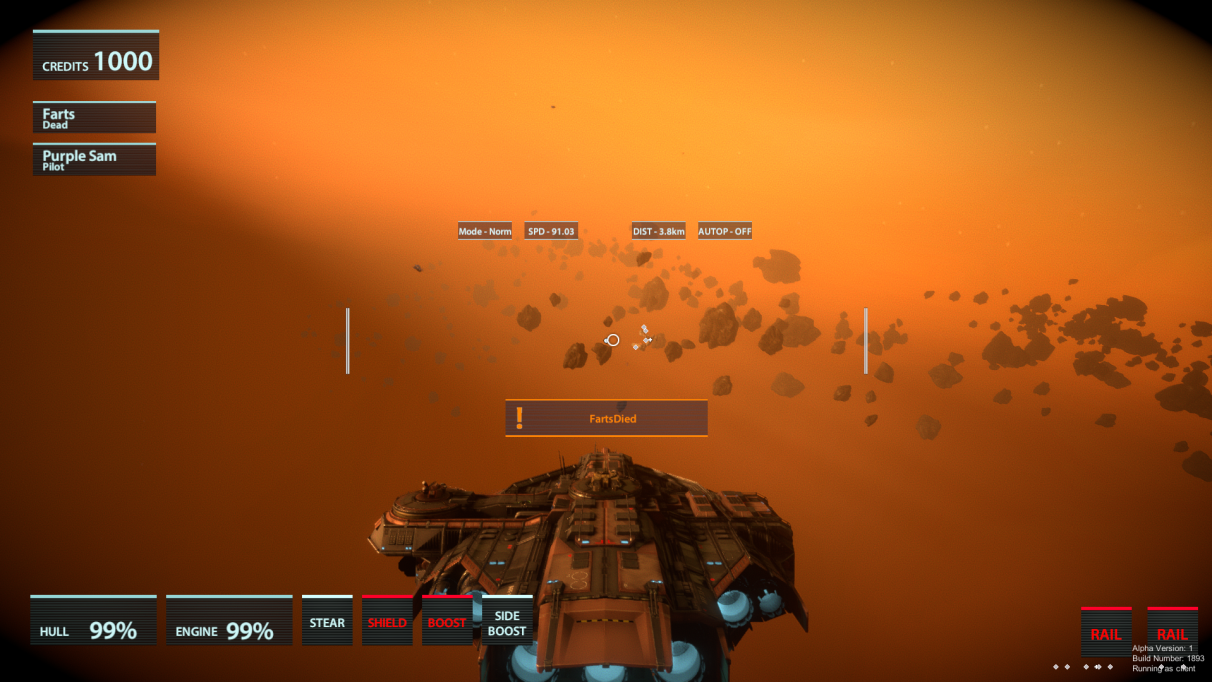 Hyperspace is very early in alpha, and Matt lost interest in it far sooner than I did. It has very little to do at this stage besides flying to wrecks and retrieving junk, and there's no sound besides some environmental beeps and ambient humming. Neither of us could exactly recommend it outright, but for the first stage of an alpha this is already a promising framework for some "Sea of Thieves meets FTL" co-op adventures. I'll definitely be keeping an eye on it and I think some of you ought to as well.

Its solo developer, Filip Coulianos, cites work on games including A Way Out, Brothers: a Tale of Two sons and Syndicate. He's currently looking for more players to test this, and then a planned series of more complete builds. You can get access to this version of the game via a discord link on the developer's site.