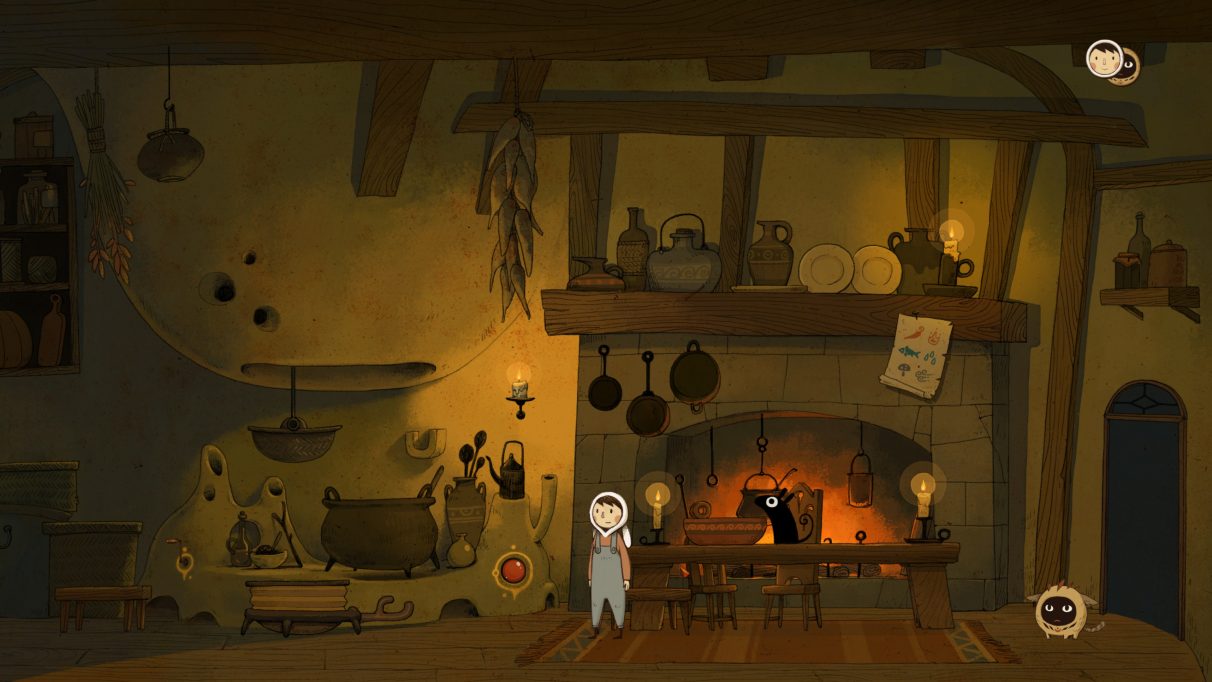 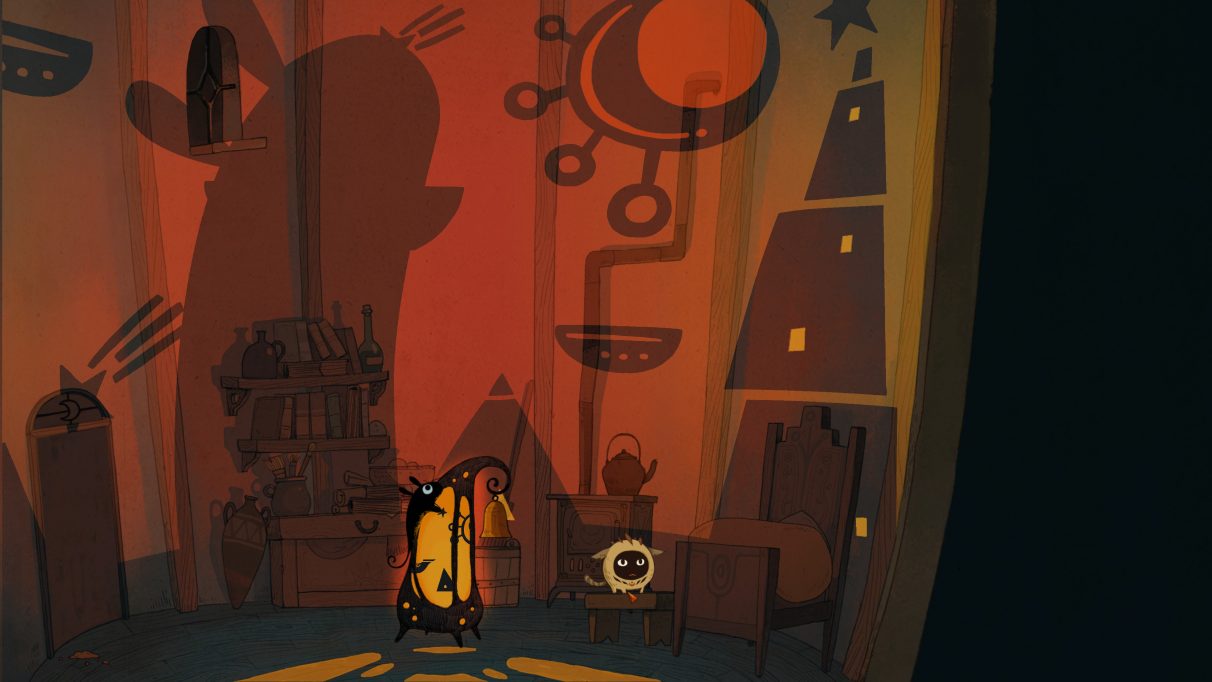 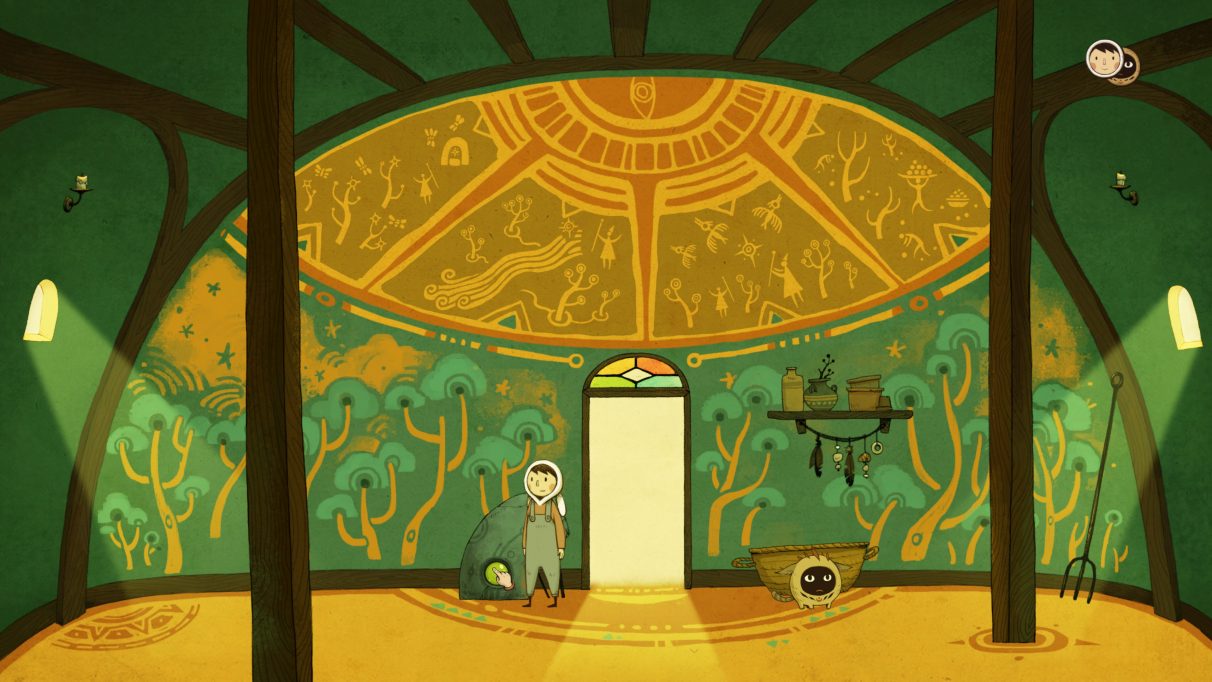 There's no denying that Luna: The Shadow Dust is exceptionally easy on the eyes. It's a sumptuous point and click puzzler that sees you move from one lovingly hand-drawn room to the next, as you work your way up a strange and mysterious tower. You're never explicitly sure why you're heading skyward, since the game prides itself on its wordless storytelling. Instead of bombarding you with dozens of text boxes, it conveys its narrative through ancient-looking murals adorning the tower walls, and occasionally through the puzzles themselves. It works to an extent, but I'd say that most of the game's pull comes from simply wanting to know what gorgeous-looking delight awaits through the next door. And without the ability to retrace your steps at any point, the only way, as they say, is up.

That sense of awe and wonder carried me along for the first half a dozen puzzle rooms, but eventually I began to see the cracks in Luna's dense and detailed artwork. Each scene is packed with things to look and gawp at, but most of it is mere set-dressing, offering zero interaction beyond the main puzzle items.

Perhaps it's churlish to expect every game to offer the same kind of rich personality as Tangle Tower, whose sizeable cast of characters all have bespoke lines of dialogue for every single item in the game, and where you can get a running commentary from its protagonists on every clickable bit of furniture in any given room. But it does end up making Luna feel rather slight and shallow by comparison. There were so many things I wanted to poke and prod in these vast and beautifully crafted chambers, and most of it looked primed and ready to be part of its nearby puzzle sequence. But every time I tried, I came away disappointed. Instead, I had to resign myself to simply clicking on the one or two obvious levers and cranks peppered throughout each room.

For all its wordless storytelling, Luna does, at least, tell you when an item can be interacted with or not. Your mouse cursor will turn into a small hand when you hover over the aforementioned cranks and levers, while a little pair of black feet will appear when you can climb up onto one of the game's handful of small ledges. The latter are often reserved for your rotund, cat-like companion, who joins you about a quarter of the way into the game's four-hour run-time, while the boy usually defaults to being the designated switch flipper.

These age-old roles do get a bit repetitive after a while, if only because it becomes easier over time to predict exactly what each member of the team will have to do in each situation encountered. For the most part, though, Luna does try its best to wring every last drop out of its boy-and-cat double act. You can switch between them at any point using the space bar, or by clicking on them directly, and nearly every puzzle requires them to work in tandem in order to unlock the next room. The game's at its best when it's playing with light and shadow with increasing ingenuity, and there's a particularly satisfying section later on that sees you tending to a tree through different seasons in order to find a door key.

That said, there are other niggles I have with Luna aside from the lack of interactivity. For all its gorgeous background scenery, its animation can be stilted and wooden, and feels a bit budget, especially when you sit it down next to the fluid, rippling delights of Gris or Gorogoa. The boy's walking pace is also tediously slow, and he also can't walk up and down ledges on his own to go and pull a lever you've just clicked on on the floor below. Instead, you've got to tell him to go up/down the stairs first, and them direct him to the object in question, which just grates on the nerves after a while. Worst of all, it commits the cardinal sin of forcing you to revisit a particular puzzle twice, in its late-game clocktower room, in order to get the solution.

By the end of that puzzle, I'd had enough of Luna: The Shadow Dust (whoever or whatever Luna, or The Shadow Dust, actually is - the game never does tell you), but the final half hour really took the biscuit. Not only did it have the audacity to make its final 'puzzle' a seemingly endless Metal Gear 3-style staircase, solved by clicking each rung individually (individually!) while avoiding strong gusts of invisible wind. But after that, it culminated in a 15-minute-long flashback cutscene, explaining exactly how the boy came to be here (something I'd already worked out earlier, after another lengthy cutscene) and why the tower was all dark and shadowy. Surprise: it turns out you can't have light without a bit of darkness, because darkness is the thing that makes you whole and all that. Luna may give the appearance of being artsy and subtle with its storytelling, but by golly does it whack you round the head with its themes at the end, to make sure you got them.

Ultimately, Luna's charming picture book looks quickly wear thin in a world populated by equally handsome indie puzzlers, revealing what little intellectual muscle knits it all together. There are fleeting moments of brilliance to be found here, but they're too few and far between to soften its rough edges and frequent frustrations. It may be easy on the eyes, but it needs to weigh heavier on the brain before it reaches the same heady heights as your Tangle Towers and Gorogoas.