Last week, Larian shamed us all because the data indicates we have all been making Generic Boringman in the character creation for their fantasy RPG epic Baldur's Gate III. Their point is that they have given us access to tails and horns and the sort of eyes that you can only get if you order special custom contacts from the piercings and bong shop down the road. Yet our choices average out to a brownhair cleric boy.

In response, I have tried to make the most interesting character possible, both in terms of character build and lQQk. It was actually quite difficult.

In fairness to Larian, yer man does sort of look like if Clark Kent went into a phone box and, following a whirlwind transformation, came out as the ad model for a mid-range family saloon. 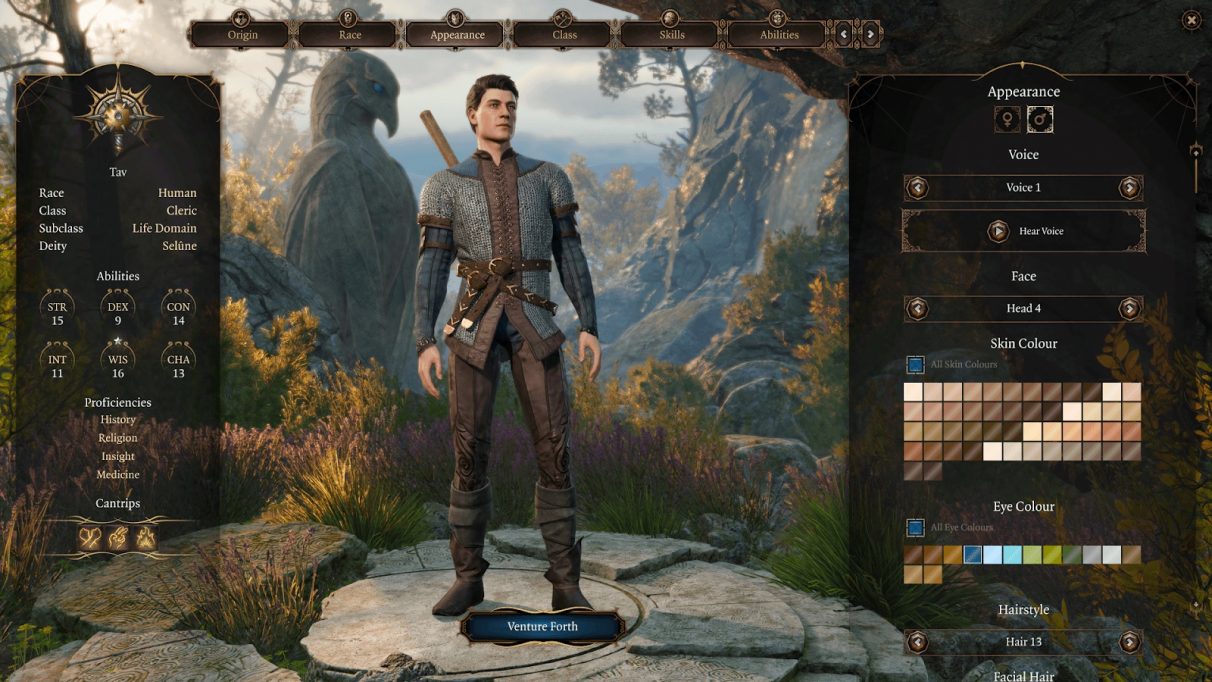 Also, I have to admit that the character I built intending to play as my 'main' was a pretty standard ranger/hermit type. So, appropriately burned, I decided to restart as The Most Interesting Person In The World.

The character creator does have a lot of options, but right now it's not so detailed that you have a slider to change how fucking massive your nose is, for example. I can't play through BG3 as a convincing version of [sweaty Googling for vaguely current reference that is easy target but not a politician] Simon Cowell. And besides, we're trying to make someone interesting! Snh snh snh!

I would like to point out, though, that you are clearly not as zany as you want us to think, Larian, because this skin tone that is described as 'Fey Tone 1' and represents itself as neon pink on the list of swatches is basically a slightly sunburned fairy. If we were really switching things up, surely bubblegum pink or Cyberdog acid yellow would be in play?

I settled on an intense purple for skin colour and then spent ages deciding on what combination of eye and hair colour to mix that with in order to create the most colour clashing. Like, obviously we have to be in green/orange/yellow territory for maximum statement clashing potential. It also took ages to decide on which horns were the most 'interesting'. I ended up going with the biggest ones as a pretty reliable metric. Like, if you saw two people on the street with horns, you would be more interested in the larger ones, right? After the initial interest in both, I mean.

It also seemed reasonable to try and make the character build as interesting as possible. Like most people, I try and make my origin and class and race sort of line up to make decent sense: my ranger was a half-elf with a hermit background, which lined up her proficiencies pretty well with her class and abilities. Plus, y'know, you can imagine a ranger being a big weirdy who stomps around in the woods by themselves a lot.

The very interesting character is also a ranger, but they are a Tiefling with cold resistance and their favoured enemy is planetouched things, hohoho. Also their background is noble. They are from the nobility. Eat it. 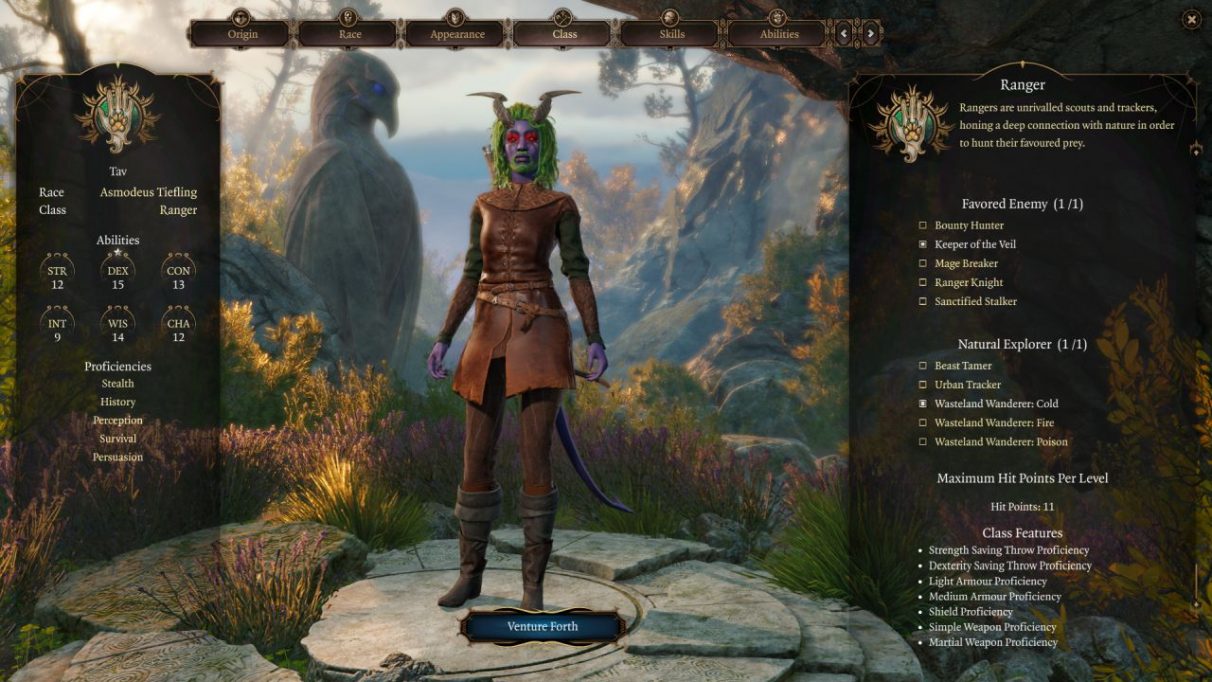 I almost made them a Fighter but the Ranger options were just funnier. Although I think this build may be a small annoyance to actually play. Also, they have tattoos of tentacles around their eyes, just 'cause. Honestly, I am having trouble reverse engineering their backstory from the character build, so any suggestions are welcome.

Please don't point out the colour scheme being like the Joker, because I only just noticed, it's too late now, and it's not funny.