“If you want something done right, do it yourself!” mutters Unteroffizier Stein as he snatches the bag containing C Squad's last demolition charge and darts out of the door of the hotel. Seconds later he scampers back into the lobby without his burden and with a seething cloud of dust and smoke in hot pursuit. 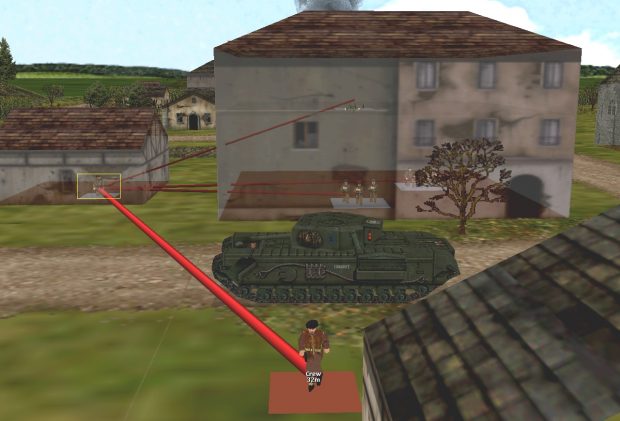 As the crippled colossus outside the hotel expires, it ejects several dazed crewmen. Lucky to survive the blast that wrecked their steed, these survivors are luckier still to reach the safety of the trees at j17 without being cut down by MP 40 emissions. 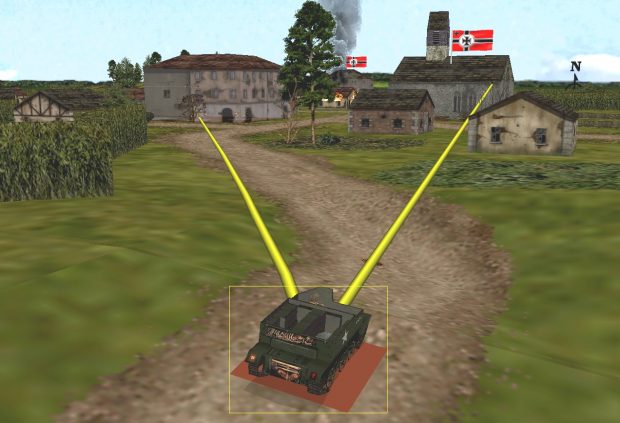 9mm hornets also harry the Wasp early in the turn. Set upon by Wodtke, our sniper, the British flamethrower carrier, advancing cautiously on the central lane, is soon receiving fire from the hotel too. 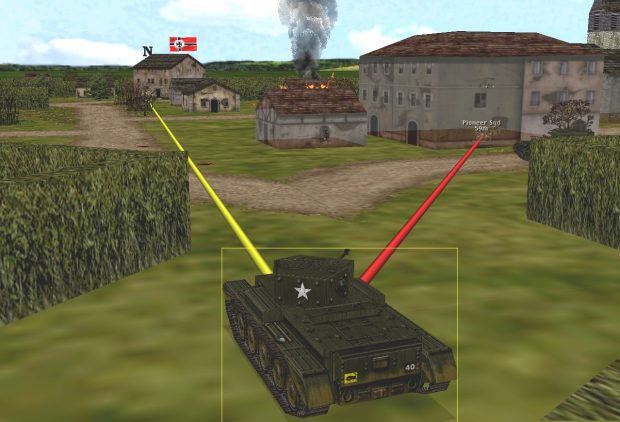 West of the hotel, the Hetzer-Cromwell duel is cut short when the British duellist reverses, only to restart thirty seconds later when the Cromwell rediscovers its pluck. Trundling towards the shoulder of bocage at i19, the Allied tank is momentarily distracted by small arms fire from the hotel. 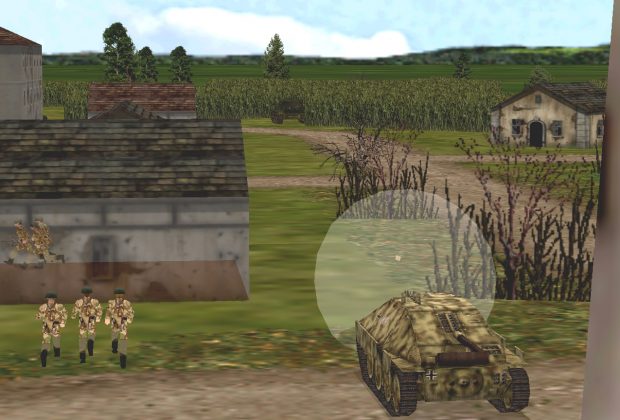 Brenner's gunner takes full advantage of the unplanned diversion, using the few seconds of breathing/aiming space to put a Panzergranatpatrone 39 shell straight through the front of the Cromwell's hexagonal turret. 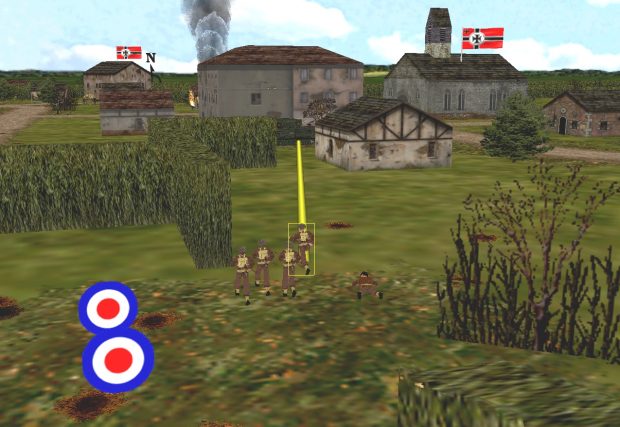 With the key armoured interlopers either eliminated or discouraged (the harassed Wasp has now stopped), the pioneers turn their attention to the growing infantry threat. Since Imhoff called a halt to the mortar barrage, the Allied infantry presence in the clump of trees at j17 has increased considerably. An assault on the hotel seems imminent.

The situation at the start of turn 12: 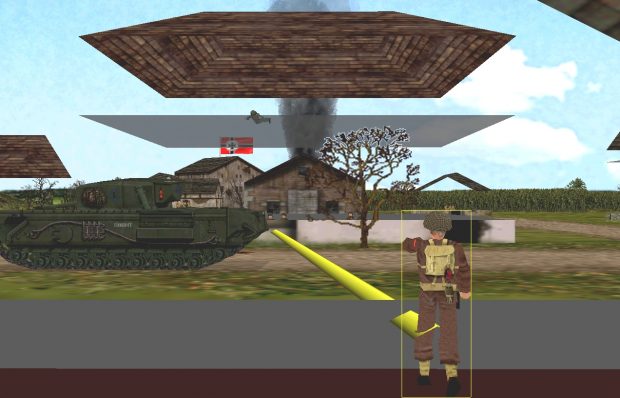 British infantry, in the shape of a gutsy four-man HQ, have reached row 19. Not far behind, amongst the trees at j17, are perhaps four more squads or teams. 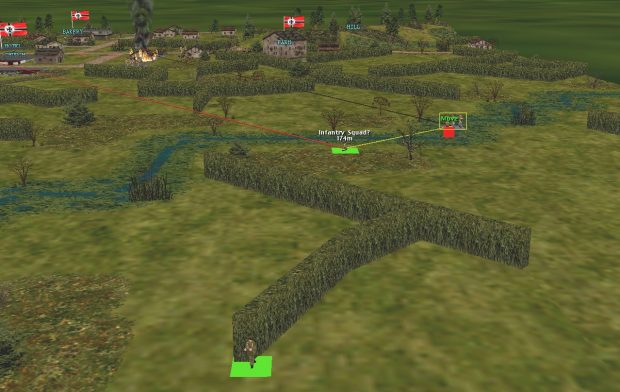 By the stream near the mill, our FJ squad is now in grenade range of the US paras (who appear to be low on ammo). Another green-based infantry unit has recently been spotted moving eastward in the bocage at w27. 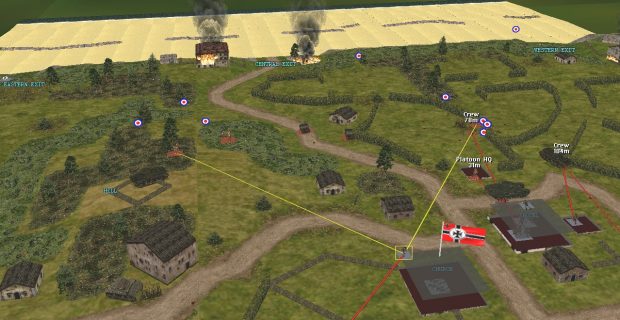 Wodtke is receiving fire from one of the infantry squads advancing east of the central road and may soon find himself engaged by the Universal Carrier that is currently manoeuvering close to the halted Wasp. 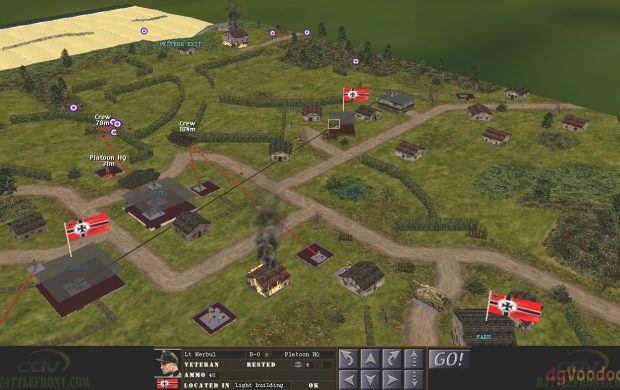 On the western side of the map, the lion's share of Nerbul's rifle platoon continues to bide its time, the flamethrower team catches its breath at b22, and the bulk of Schenck's FJ platoon move into buildings just in front of the cockahoop Hetzer. 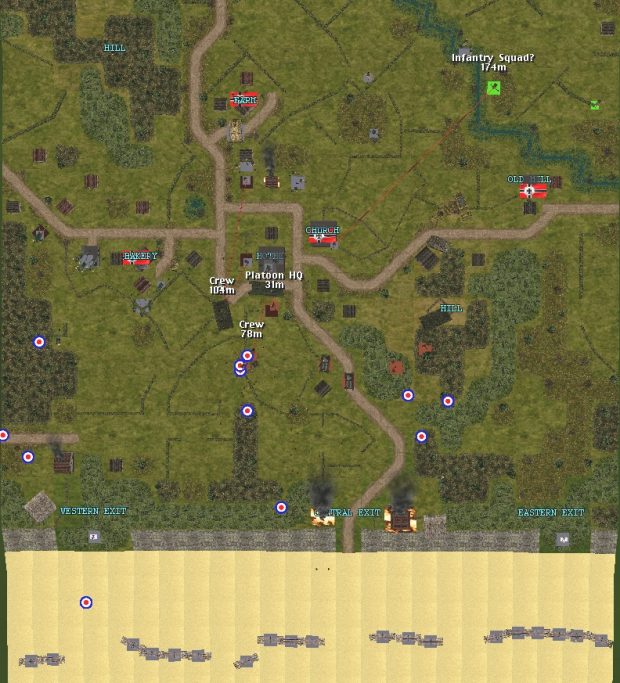