There's a firebug loose in Caent. Last turn it torched the village's oldest/holiest building. This turn it... well, if you heed the red recommendation below, you'll find out.

(Overlordy is an open-to-all game of Combat Mission: Beyond Overlord in which German forces are orchestrated by commenters while British units are computer controlled. There's a scenario outline plus summaries of earlier turns here). 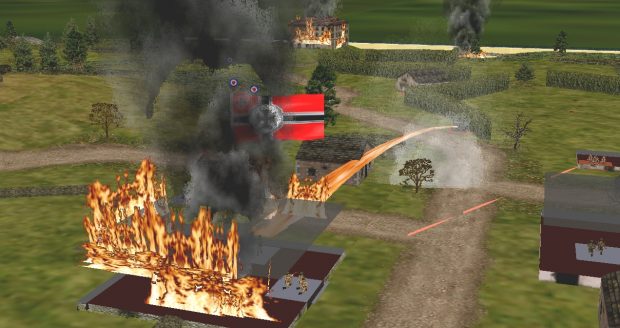 Turn 13 is just two seconds old when the pesky Wasp stings again. The church gets another gout of napalm in the nave and in their eagerness to exit their blazing billet the FJ and rifle squads ignore their respective instructions (“Assault Wasp” and “Occupy house at l24”). Only Wodtke, dashing for the farm, sticks to the Comment Commanders' script. 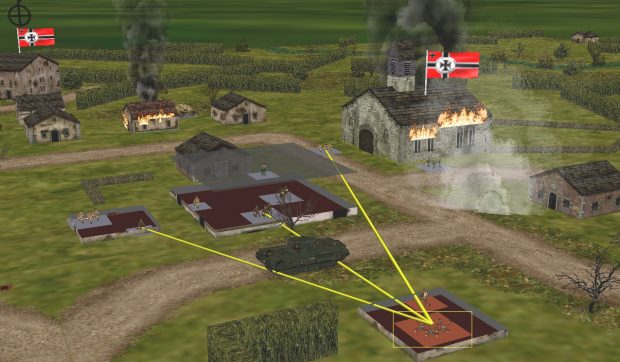 The hail of bullets emanating from j and k21 produce palpable results at T+12 and T+14. First the western PIAT team is eliminated, then the Tommy rifle squad intent on storming the hotel has second thoughts. 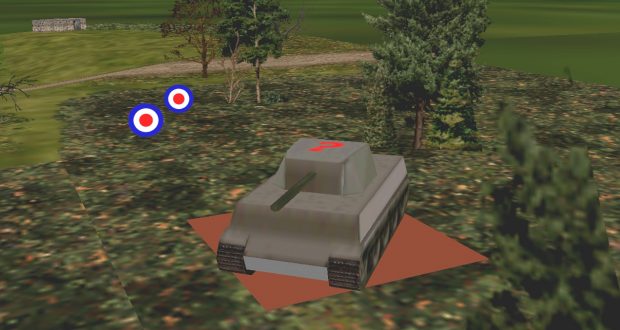 Frustrated by inaction, Lt. Nerbul is toying with the idea of contributing to the hotel scrap from the upper storey of the bakery, when a new battlefield sound alters his priorities. There's something large and caterpillared moving about in the vicinity of the western beach exit!

Of the myriad minor developments that catch the eye in the turn's middle third, most boost Axis rather than Allied morale... 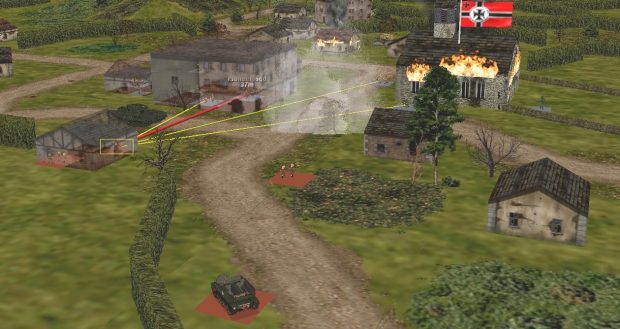 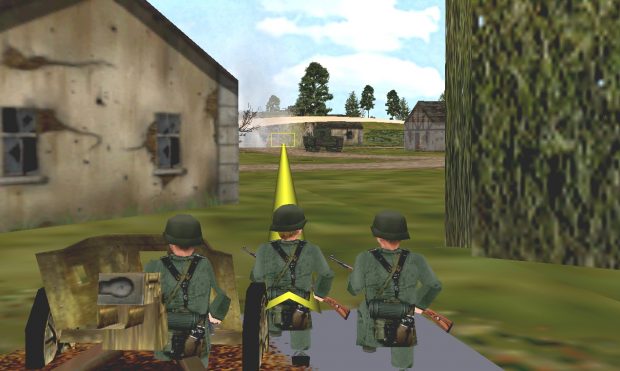 A party of advancing Tommies near the church starts taking enfilade fire from the rifle squad lurking by the kaput Pak. 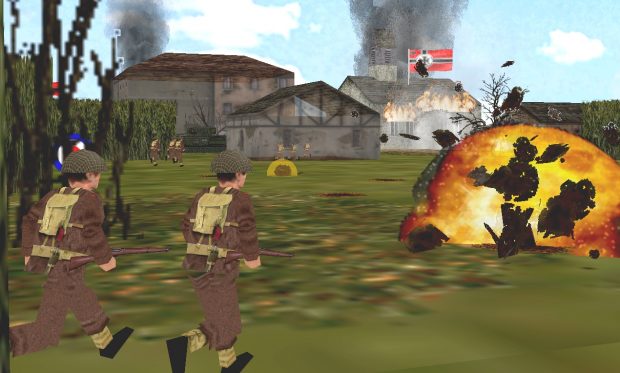 The mortar barrage restarts, bombs falling with impressive accuracy on advancing enemies and the crowded cottage at k19.

A Wasp attack singes the riflemen outside the church but fails to deplete or dispirit them.

Yes, Turn 13 goes fairly well, all things considered, until T+49 when the Wasp decides that a few incinerated British riflemen is a price worth paying for a hot hotel. The bleeding bow of fire that ignites the building at the heart of our defence also slays four Tommies making for k21 at the time.

The action phase springs its final surprise two seconds before the clock stops when Nerbul's men get their first good look at the mysterious vehicle in the SW. The late guest is a Churchill AVRE, a masonry mutilator par excellence.

At the end of Turn 13 the battlefield looks like this: 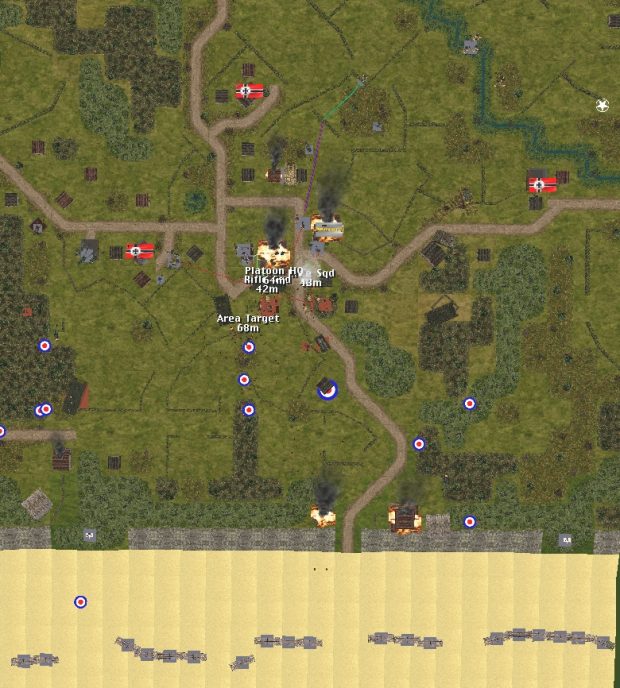 While the hotel fire and the arrival of the AVRE are certainly alarming developments, there are reasons to be cheerful/optimistic:

1. The only British infantry squad yet to venture north of row 19 perished extremely quickly (admittedly with some help from the Wasp).

2. The squads that fled the church might have ignored their orders, but they escaped the building unscathed and remain so.

4. With seven turns left, the morale and victory percentages look like this: