Combat Mission's WEGO turn structure (Battles are delivered in sixty-second bursts with leisurely order sessions in between the intervention-free 'action phases') might have been designed with play-by-comment one-turn-per-day play sessions in mind, but that's not why I rely on the series for these mob-handed martial marathons. I keep coming backing to CM, and the CMx1 titles in particular, because I don't know of any other wargames that produce plausible WW2 drama so consistently and industriously. 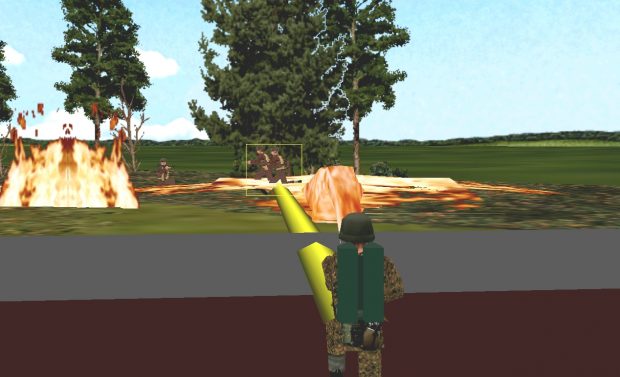 T+5 seconds. Guarding our right flank as ferociously as any fantasy firedrake guards its hoard, Gruber terrorises trespassers in West Wood with another gout of napalm. 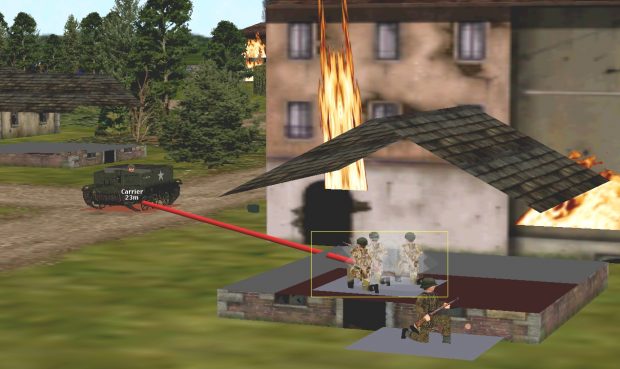 T+6 seconds. Teichert's FJ squad might be pinned and out-of-command but they're sufficiently composed to deal with the Brits' Universal Carrier. 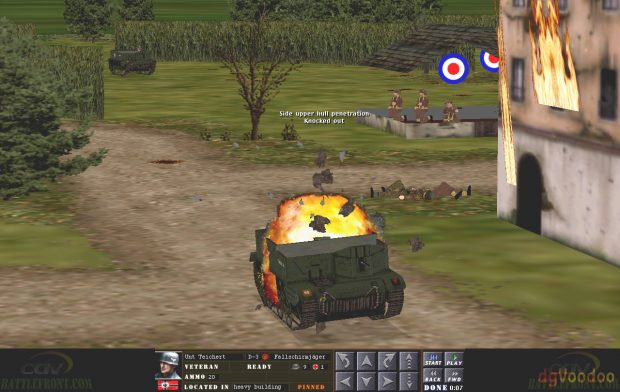 A Panzerfaust 60 projectile, its sprung fins barely deployed, slams into the port side of the Allied war wagon as it passes the i23 junction. 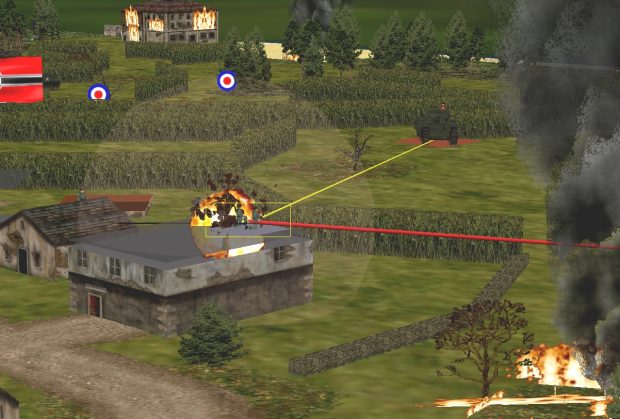 T+9 seconds. Though the 290mm Petard Mortar round seems to take an age to arrive, most of the ordered-to-withdraw troops at d21 are still gathering equipment and firing at units in West Wood when munition meets masonry. Amazingly, five of the nine-man rifle squad survive an explosion audible in Ventnor.

T+12 seconds. The muzzle of the mill MG 42 suddenly pivots skywards. Meyer is done for.

T+13 seconds. And left-in-the-lurch Larcher's days may be numbered too. Targeted by at least four Allied units, our ammo-short pioneer HQ is now down to two men. 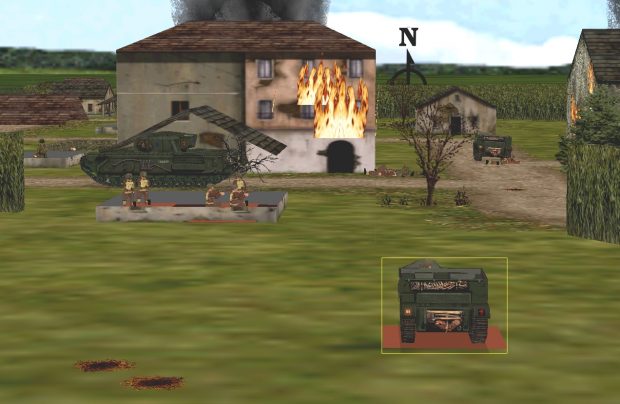 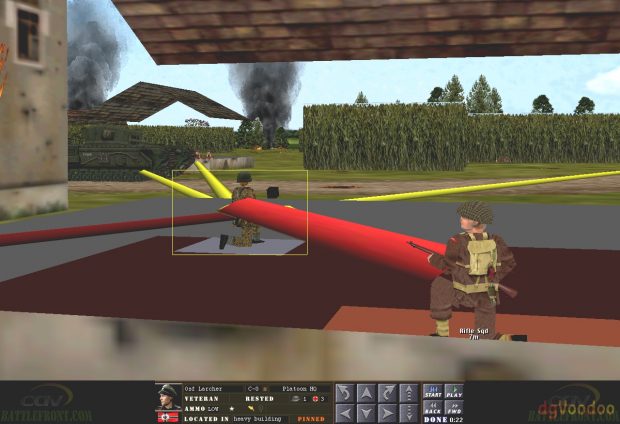 T+22 seconds. Thanks to a Mills Bomb blast, Osf. Larcher is now the sole German presence in j21.

T+23 seconds. Their ears ringing and their faces white with dust, the AVRE victims attempt to withdraw.

T+24 seconds.  Gruber's Flammenwerfer 41 turns a21 into a raging inferno. 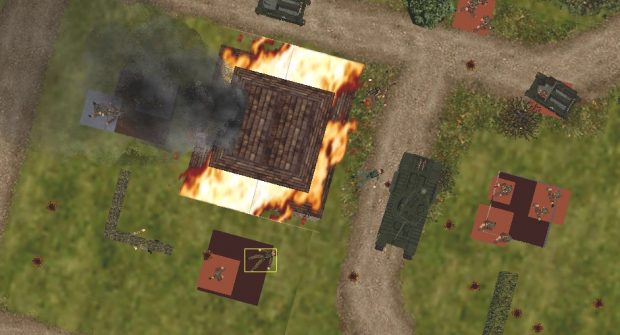 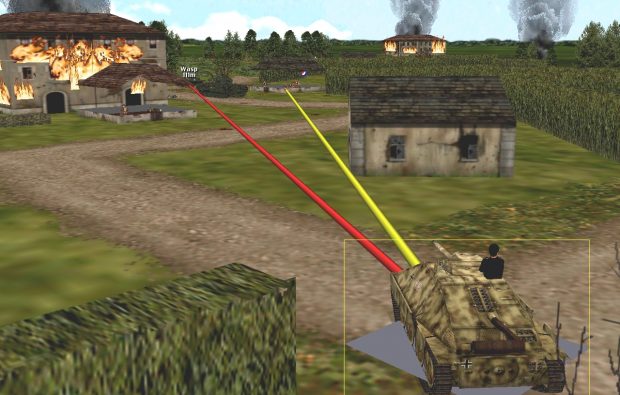 T+31 seconds. Manoeuvring Hetzer spots speeding Wasp, but the LoS line parts before a shot can be fired. 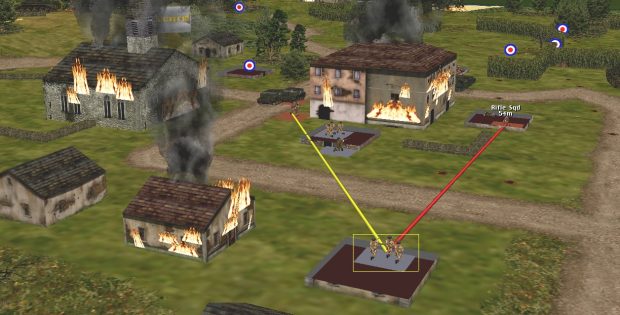 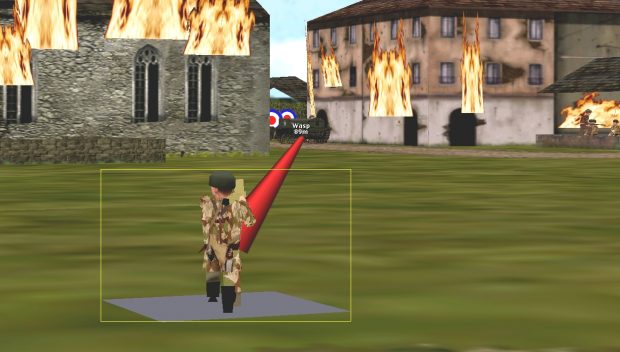 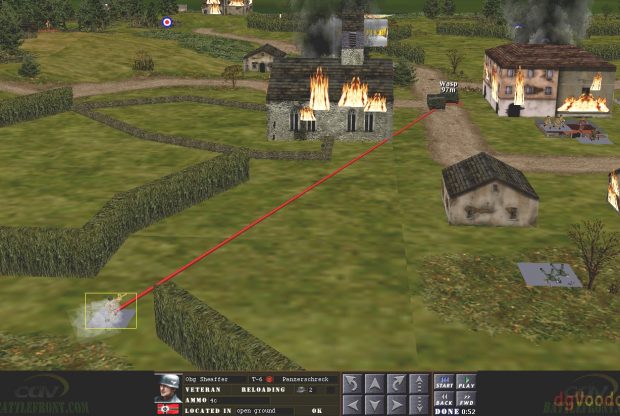 T+52 seconds. ...realises the peril it's in and begins to reverse. Our Schreckist tweaks his trigger a split-second too late and the HEAT rocket ends up removing a chunk of ecclesiastical stonework rather than vanquishing the fire-spitter. 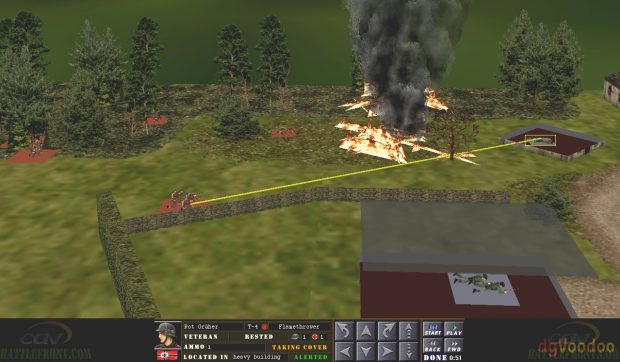 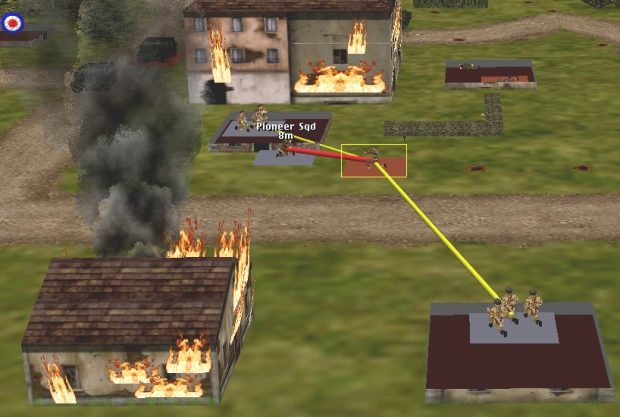 T+58 seconds. What's left of Stein's pioneer squad succumbs to a pair of Sten wielders who will, surely, be lucky to survive the next turn given the position they're in.

T+60 seconds. The AVRE is on the move and seems to be heading for the green lane.

The battlefield at the start of Turn 17: 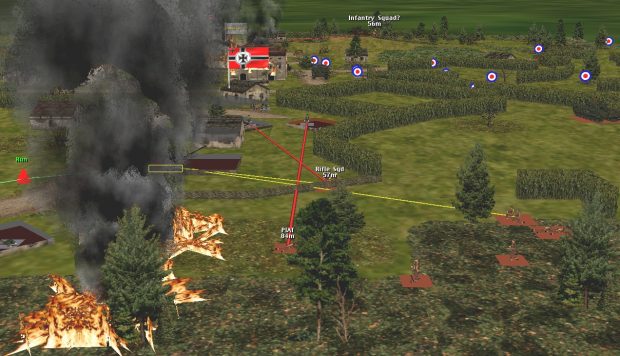 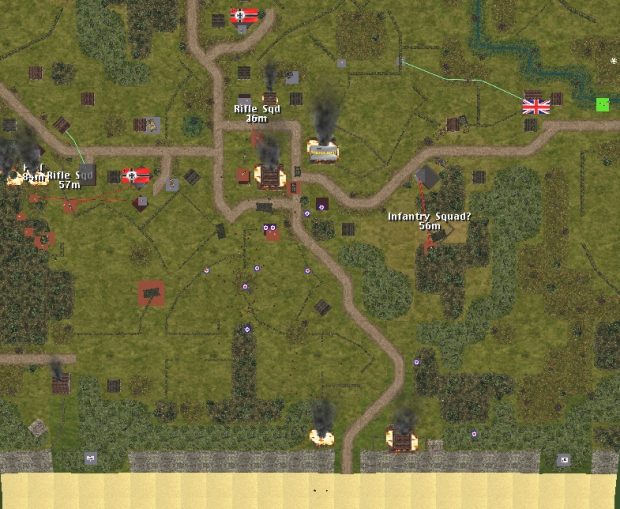