In turn 1 the comment commanders had a chilling glimpse of their adversaries. British landing craft have deposited an intimidating array of tanks on the beach south of Caent, and, doubtless, the armour is accompanied by an equally intimidating infantry force. With their two pillboxes neutralised, the players now have no way of knowing what's happening on the sands. Will a cagey bit of scouting by their armoured car reduce the intelligence deficit? 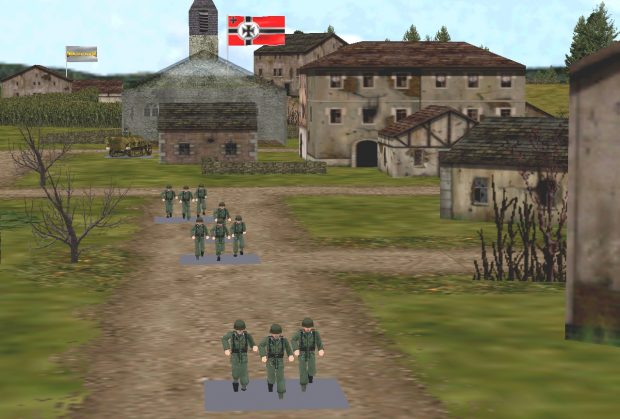 When it comes to combining embarkation and disembarkation with vehicle movement, CMBO's order system is far from perfect. Trying to persuade the halftrack to stop, disgorge the rifle platoon HQ, then head off towards the mill with the LMG team still aboard within a single action phase (sixty seconds) proves impossible. In the end I settle for  a compromise – the HT sits tight with the LMG team as passengers while the infantry jog towards the bakery (Unable to run, on foot it would have taken the heavily encumbered LMG team at least two turns to reach the mill). 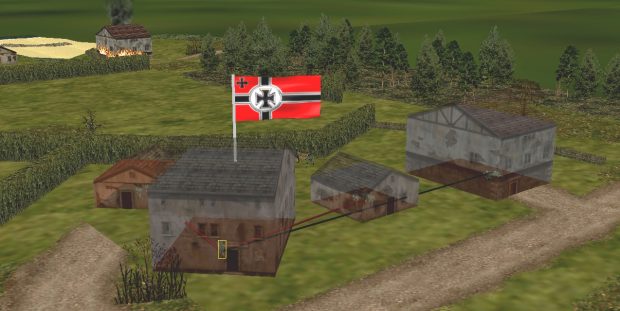 As instructed, the rifle platoon together with its HQ occupy buildings close to the Pak 38. From the ground floors of the predominantly wooden structures near the bakery, they can't see into the pasture to the south, but two squads do have LoS to a portion of the pine wood that hugs the western map edge. 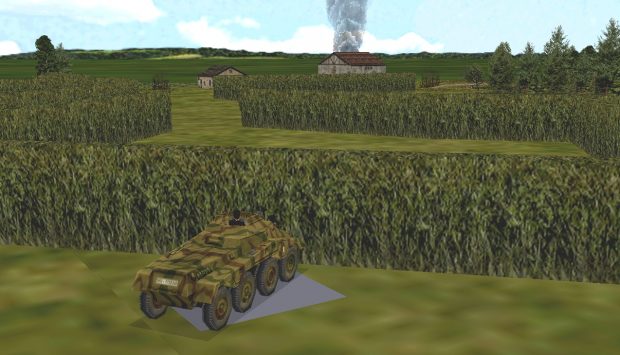 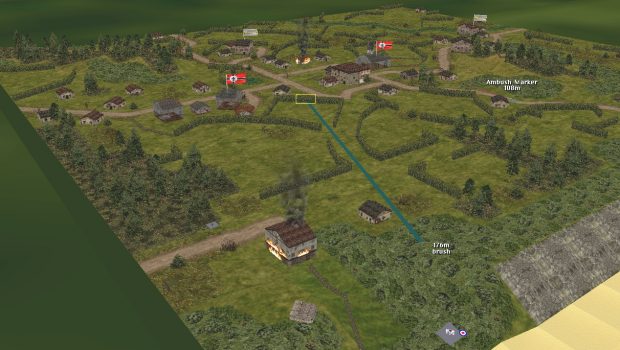 From its new position nuzzling the bocage at h20, it has an extremely narrow keyhole view of the clifftop brush close to the western exit. Any Allied unit veering eastward or north-eastward after using that exit should now be visible.

Persuading the PSW not to engage units that cross or linger in this keyhole will require either a 'hide' order (which will slightly reduce its spotting ability but shouldn't prevent it, for instance, from noticing a passing Bren Gun Carrier) or an 'ambush' command.*

* Before Combat Mission: Barbarossa to Berlin and the introduction of configurable 'cover arcs' CM players had to rely on placed ambush markers. From the CMBO manual: “Any enemy unit which moves into the location of an ambush marker causes the ambushing units to unhide and open fire, unless the chances of harming the target are too low or opening-fire would be suicidal”. Placing an ambush marker very close to a unit will discourage it from initiating long-range firefights. 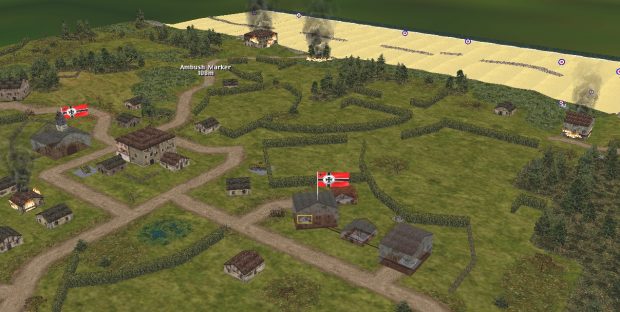 ^ The situation at the end of turn 2.