This year's communal Combat Mission scenario (click here to catch up on the story so far) incorporates a deadly version of the shell game. The computer-controlled British have a choice of three routes off the beach and the short-of-resources commenter-controlled Germans realistically can't picket them all. Judging by the distribution of Axis units at the start of Turn 3, the players believe/hope the enemy will favour the westernmost route. Unfortunately, the Brits seem to have other plans.

About thirty seconds into the turn, the singed pillbox survivors huddling in the pine woods close to the burning sanatorium see an unbuttoned Stuart V leave the beach via the central exit. 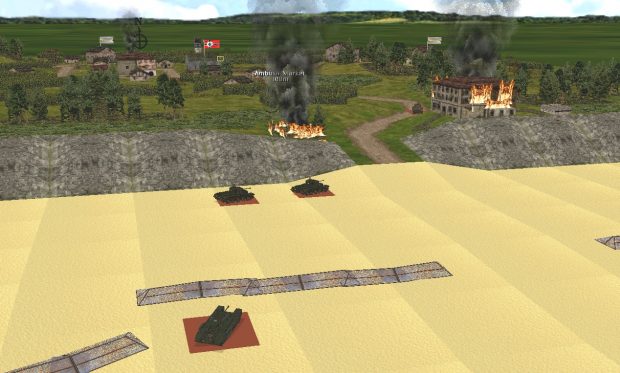 Worryingly, it seems to be pathfinding for some weightier colleagues. Not all that far behind is a pair of Cromwell IVs and a Churchill VII all seemingly making for the middle exit.

The turn ends with a sliver of good luck for the Germans. 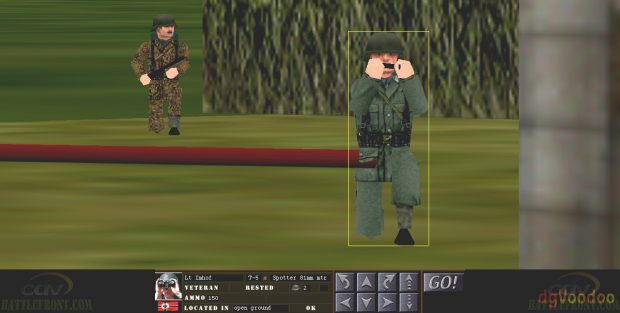 In addition to two nine-man pioneer squads both armed with Panzerfausts and demo charges ("very useful anti-tank weapons at very close range") he has managed to secure the services of a flamethrower operator and a two-man mortar spotter team. Assigned 150 rounds, the latter has a radio link to an off-map battery of 81mm mortars.

The situation at the start of Turn 4... 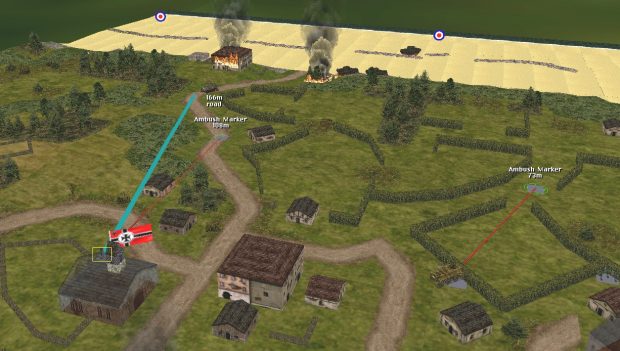 In a few seconds time the beret of the Stuart commander should appear in the scope of church-perched sharpshooter Obg. Wodtke (currently our sniper can't see any of the Allied AFVs). Should he open fire?

Inexplicable tardiness from the halftrack means it's yet to deliver its passenger. 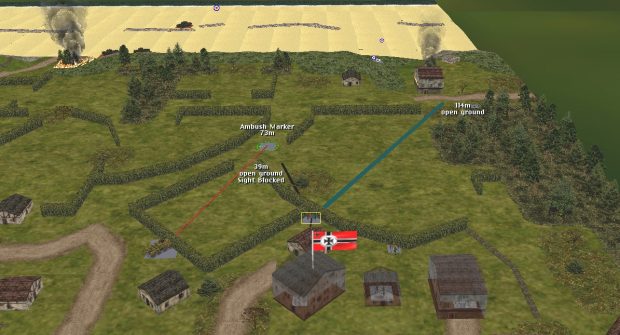 In the environs of the bakery, rifle squad B1, now tucked in behind the bocage, has a similar field of view to the nearby Pak 38 (Neither unit can see through the line of bocage on row 15).