The sight of British armour beetling towards the central beach exit has prompted some hurried defensive reconfiguration from the Comment Commanders controlling German forces in this year's communal Combat Mission game. When the clock stopped yesterday morning, the “unbuttoned” (hatches open) Stuart tank leading the exodus was seconds away from an encounter with a man armed with a scoped Kar98K rifle.

(For a scenario outline and summaries of earlier turns, click here) 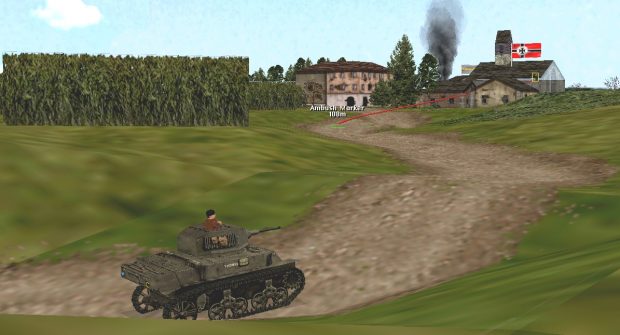 Only CMBO's mercurial, unscripted AI knows for certain why that encounter fails to materialise. Moments after Turn 4 begins, the Stuart decides to halt 70 metres short of sharpshooter Wodtke's ambush marker.

The M3A3's companions, the pair of Cromwells, are less tentative. They keep moving. Skirting a clump of burning pines, they veer left, pushing into the patchwork of pastures due south of the village centre. 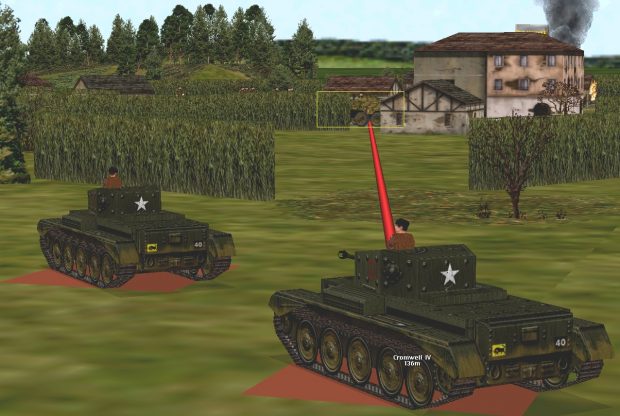 The sly sally is spotted in the nick of time by the manoeuvring PSW. Intimidated, our eight-wheeled armoured car opts to reverse and pop smoke rather than use its 20mm autocannon. Seemingly unaware of the fleeting missed shooting opportunity, the Cromwells plough on.

At the start of Turn 5, Caent and its surroundings look like this: 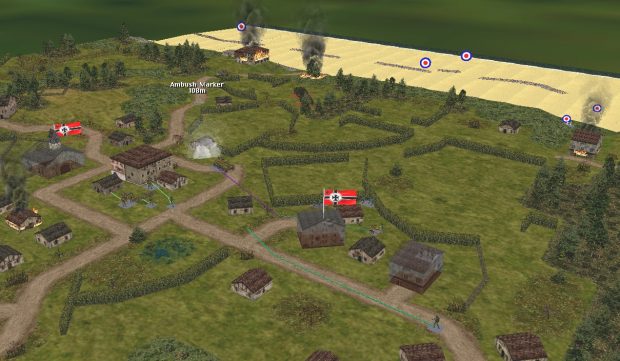 The pioneer squads, their HQ, and the mortar spotter are nearing their destinations in the centre of the village. The Pak 38 and flamethrower team will be lucky to reach their final waypoints in the coming action phase. Rearrangement of the rifle platoon near the bakery has failed to reveal any British infantry positions (most odd!) but from their new loftier and more southerly positions Lieutenant Nerbul's men should be well placed to spot Tommies advancing in the west and along the diagonal green lane that connects the western beach exit with the village. 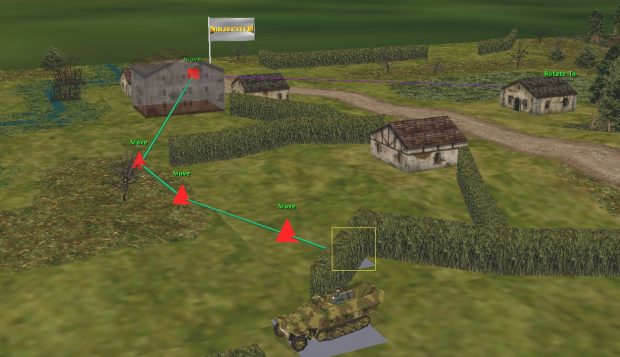 Obg. Meyer and his mate don't seem to do 'haste'. Having alighted from their taxi, the MG 42 manhandlers are making exasperatingly slow progress towards the mill. 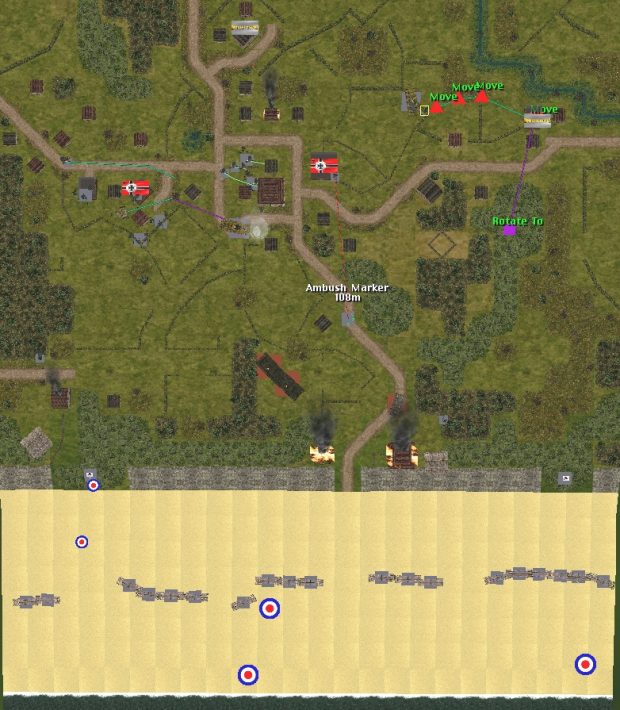