For the last 24 hours nothing has moved on the Overlordy battlefield. Bullets have refused to leave barrels. Flames have refused to writhe. Sweat and blood droplets have hung grimly to nose ends and fingertips. One dab of CMBO's 'GO' button will restart the clockwork... sanction another sixty seconds of savage clamour. Are you ready to re-enter the maelstrom?

Although the prospect of losing both of their most important AFVs in the space of two turns (the PSW armoured car perished in Turn 6) persuaded the Comment Commanders to contemplate and issue some pretty desperate orders yesterday, the cool-as-a-cucumber Hetzer handler decided to let our testudinate tank destroyer have a shy at the Stuart before turning to face the 28-ton menace to the south.

The Hetzer's gamble doesn't save the halftrack. 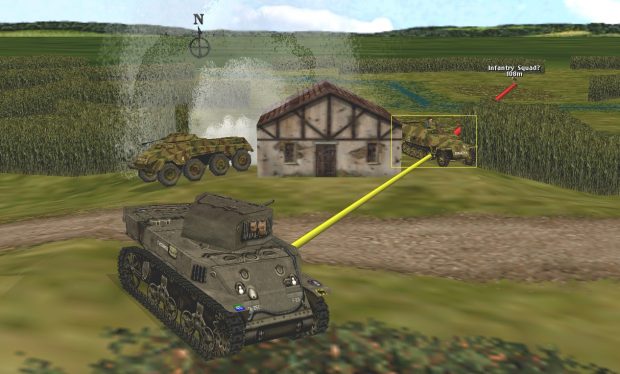 Nine seconds into the turn, receiving small arms fire from behind as it attempts to reverse, the Sd.Kfz.251 is mortally wounded by the British light tank. 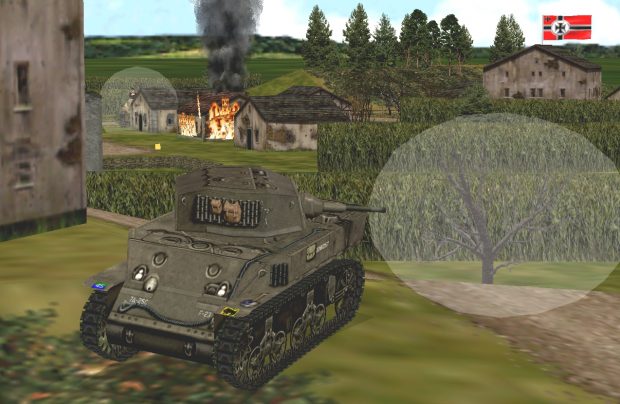 Smoke is still spilling from the Stuart's gun muzzle when the Hetzer fires. 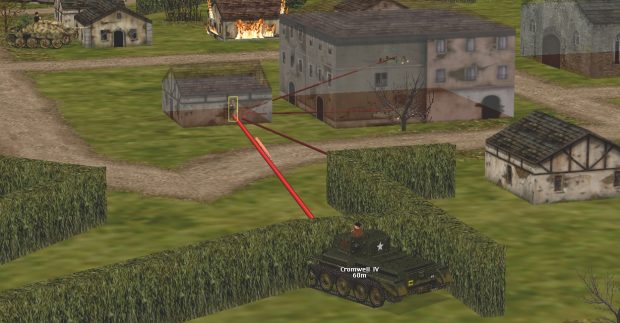 If the gutsy diversions executed by the pioneers in the opening seconds of the action phase hadn't come off, the Hetzer probably wouldn't have had the luxury of a second shot. Because the pioneer HQ managed to spook and shutter the western Cromwell with a flurry of SMG and rifle fire early in the round... 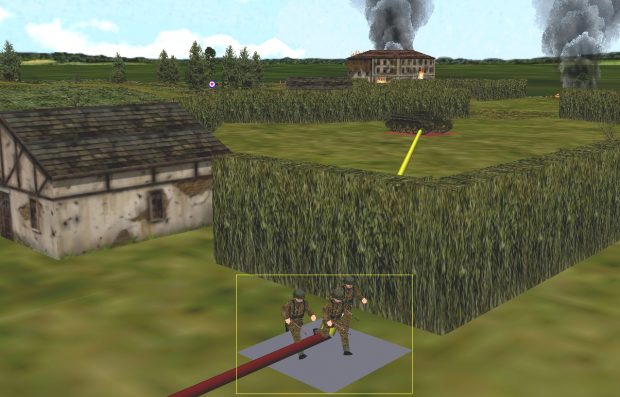 ...and Mogg's squad* did the same to the eastern Cromwell** while manoeuvring for their close assault attempt, the German TD gets a second chance and, this time, makes no mistake.

*Splitting them safely proved impossible. The split order placed one team on the 'hot' side of the hedge.
**This attack was unintentional. 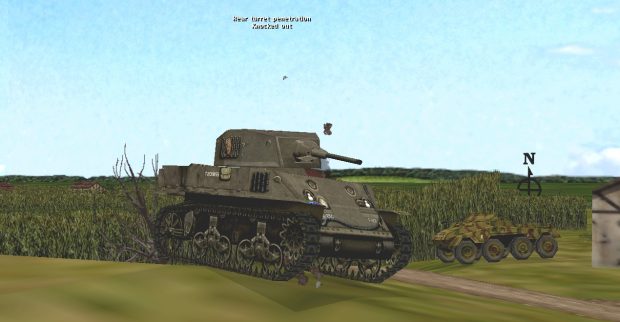 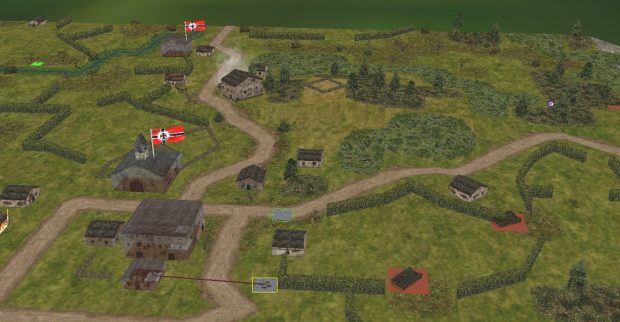 Buttoned by Schmeisser hail and unnerved by the sudden appearance of enemy infantry within Panzerfaust and grenade-bundle range, the Cromwells turn tail and run. By the time Mogg's men reach the corner and the Hetzer adjusts its alignment, the olive drab bruiser that threatened to bust through the bocage at j18 is nowhere to be seen.

The situation at the close of the turn:

At the mill, the LMG team has set up and is busy swapping lead with the American airborne stragglers to the north.

South of the hotel, Mogg's men, one down after the brush with the tanks, are taking out their frustration on one of the two unidentified Brit infantry units that appeared on the clifftop west of the central beach exit during the turn.

On the other side of the lane, having put up surprisingly stiff resistance, the pillbox survivors are no more. 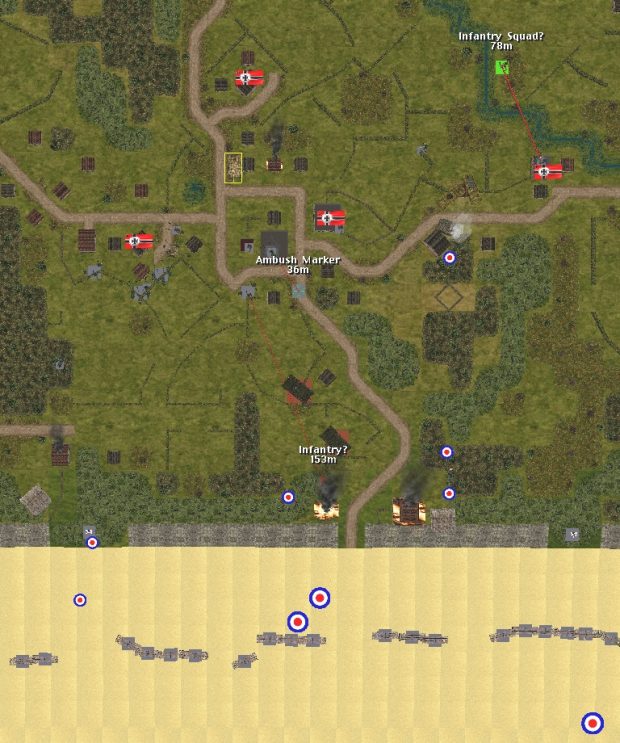