After a slow start the Allied juggernaut is now within spitting distance of Caent. Turn 9 promises to be eventful. Can the Comment Commanders' thinly spread anti-tank assets blunt the British spear? Can their off-map mortar battery splinter its human shaft? Let's find out. 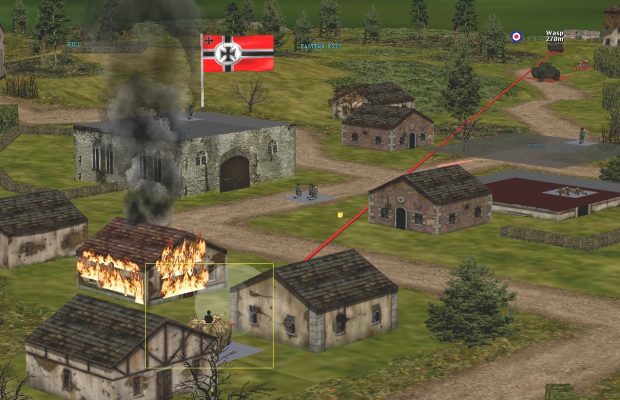 Evidently Unteroffizier Brenner is one of those Rugged Individualists you read about. The Hetzer starts the turn by brazenly ignoring our smoke shell order. Instead of veiling, it slings an AP shell at a tempting trundler that has just entered its field of view. 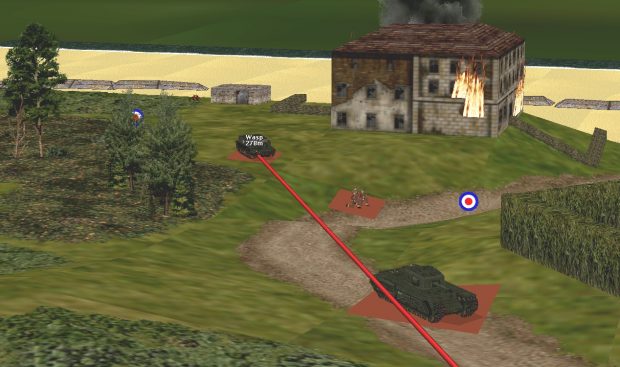 The shell fails to connect, whipping past the targeted Wasp then disappearing down a rabbit burrow close to the eastern pillbox. Alarmed, the Allied mobile flamethrower begins to back-pedal. It's almost out of LoS when our TD fires again. 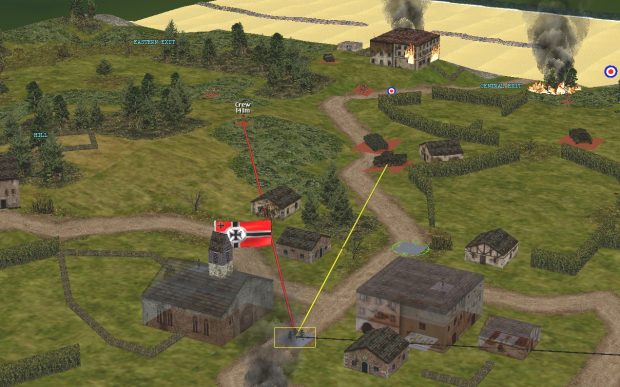 Meanwhile, on the central lane the Churchill presses on, almost colliding with one of its brothers-in-armour in the process. Although heading at pace for the hilltop ruins at q/r19, the inconsiderate Cromwell has time to harass the rifle platoon at l22 with its coaxial MG as it crosses the road. 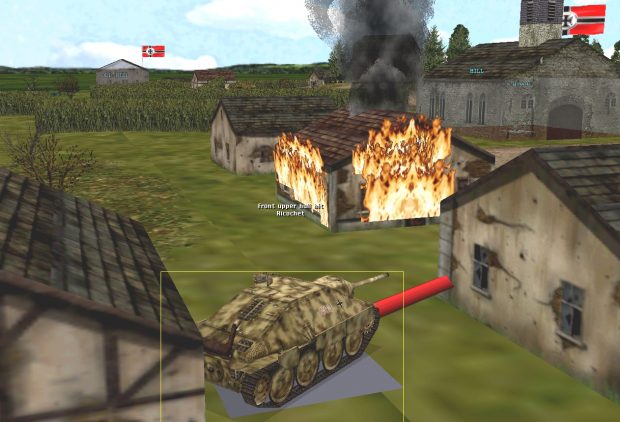 Halfway through the action phase the disobedient Hetzer decides the Churchill VII is worth denting/deterring after all. The front turret ricochet provokes a predictable response. A British 75mm projectile gouges the TD's upper hull before tearing off in the direction of the mill. Suddenly - finally - the little Panzerjäger seems to grasp the jam it's in. Smoke mortars cough. Reverse gear is selected.

Before the LoS line is severed by swirling smoke and stout Norman stonework, Brenner has an opportunity for a second shot. He takes it, but on this occasion there's no clang and no sparks. For the third time in four attempts, a Hetzer shell strikes something other than steel.

Not far away, in his roost in the hotel, Lt. Imhof is watching gorse bushes disintegrate and Tommies dash for cover. 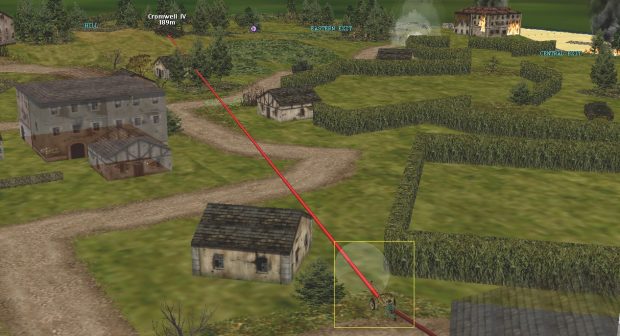 The crash of the 81mm thunderbolts doesn't seem to improve the aim of our Pak 38 crew. Spotting the eastern Cromwell heading for the hilltop, they spring into action, but fail to score hits with either of their first two shots. 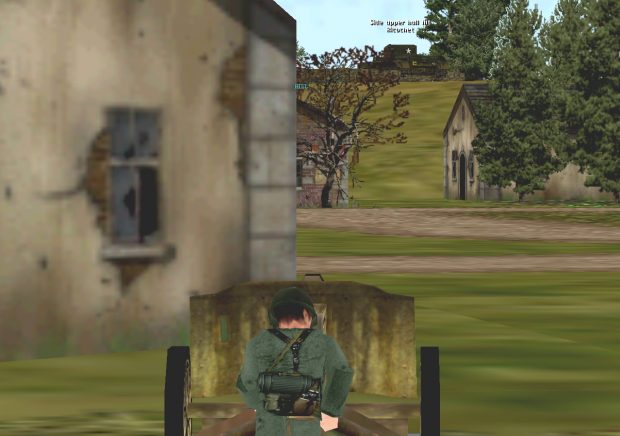 Their third effort clouts the target on its left flank but fails to penetrate. 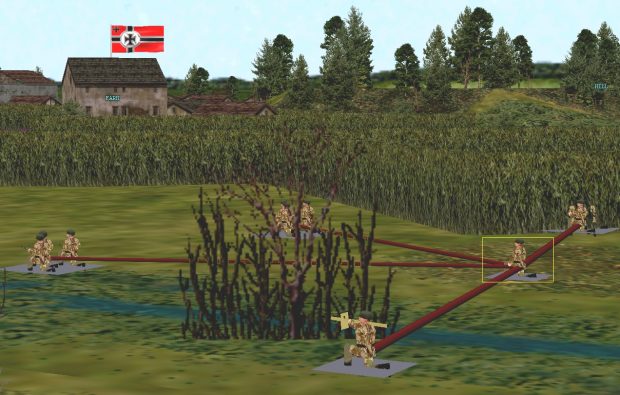 A fruitless, frustrating turn ends with the timely arrival of the promised Fallschirmjäger platoon. Showing remarkable foresight, they've brought a Panzerschreck team with them.

The situation at the beginning of Turn 10: 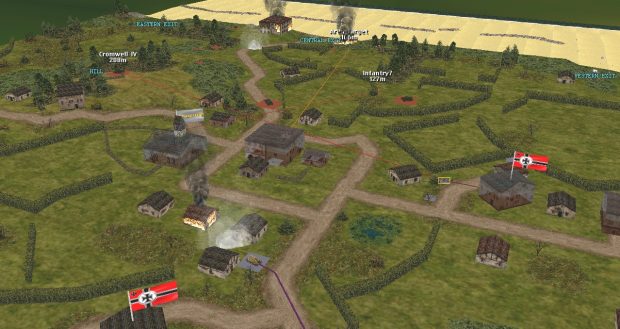 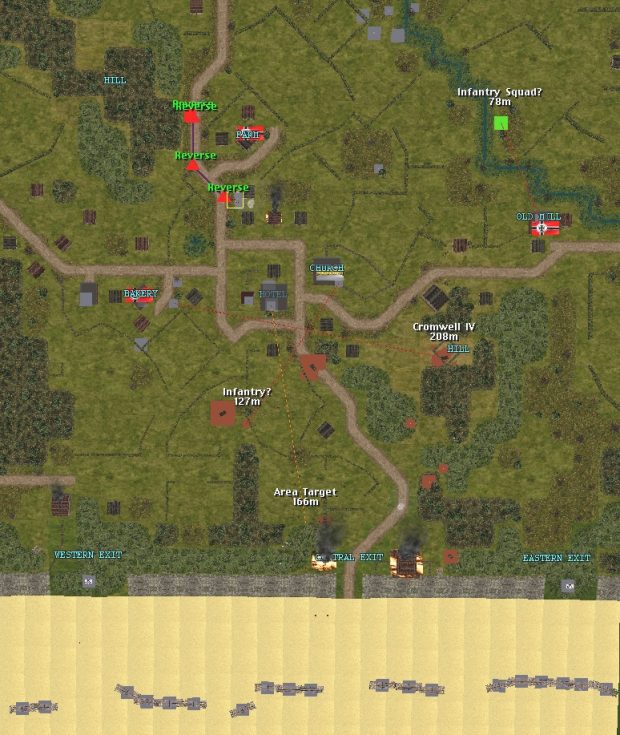