“It is canny to conceal that one is uncanny”, Pathologic 2’s Mark Immortel offers in the game’s introduction, promising artifice and detachment before you’ve had a chance to ground yourself. At first, I take this as the game warning me about the duplicitous world I'm about to enter, but then I think it's something else. You’re the misfit here, it’s telling me. It’s smart not to let on exactly how weird you are. How unsuited you are - with your expectations of a clear divide between real and imaginary, tangible and intangible, audience and performance -- to navigate this place you now find yourself in.

It’s easy to turn that accusation of uncanniness back at the game, of course. But I have to admit, I’m the one who's new here.

I’m finishing my conversation with Mark Immortel, the wild-haired thespian with a very subtle name, and I’m walking out from behind what I soon realise is a curtain on to what I soon realise is a stage. Instead of an audience, I'm looking out on a dozen or so occupied sickbeds. I’m trying to work out whether this is a metaphor for the intrusion of pain and sickness on a place of joy, or the intrusion of performance and artifice on the horror of human suffering. I think it might be both.

The light is drawing my attention to the bodies in the centre, rigid as toppled mannequins. I feel less like an actor staring out, more like an audience member looking up, despite the reversed height. When I step down from the stage, it feels like I'm stepping on to another one. 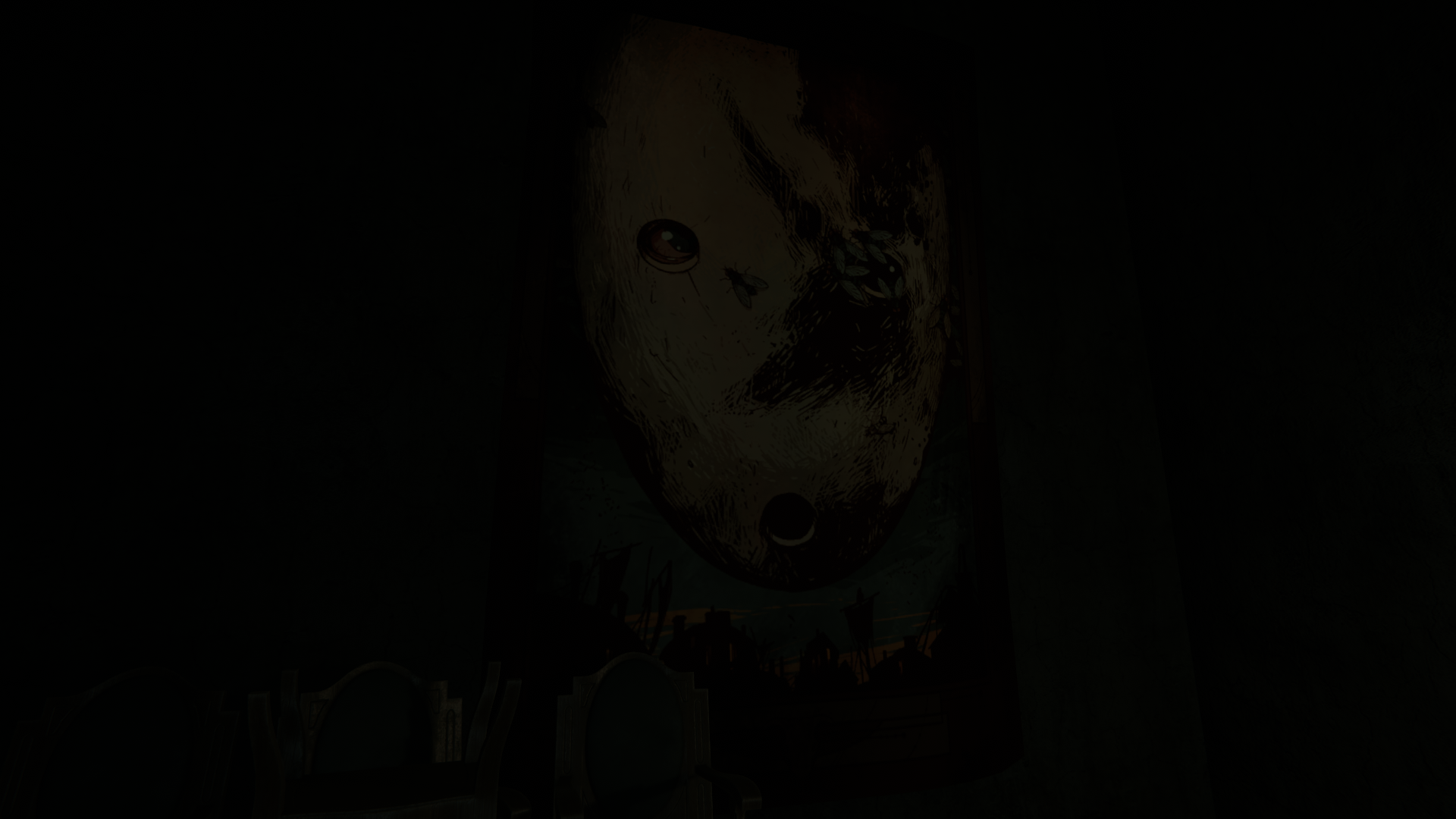 Something is making me more pay attention than I normally would. If you play enough games, you become so familiar with certain objects that they become invisible. Ladders are for climbing. Crates are for smashing. A chair in amongst a room full of clutter is part of the clutter. Glue a chair to the ceiling and it becomes a chair again, albeit a useless one. Gazing out from a stage at an audience of bedridden plague victims invites consideration of both the theatre and the hospital, both things that might slip by largely unexamined without this sort of juxtaposition.

I think it’s worth reiterating that, thus far, I haven’t left the first floor of the first room of the introduction. Pathologic 2 is speaking in a language I recognise, but with an unfamiliar accent. It's making me listen more intently, and I’m picking up on things I might otherwise miss.

There are shadows of threatening creatures in plague doctor masks thrown against the walls and I’m wondering why the place feels less oppressive than it does curious, or even inviting, in the sense that it seems to want me to learn about it rather than hide from it. It’s not until I look at my inventory screen and see the silhouette of the hulking, barely human shape that represents my character that I realise that my character is as much a product of this place as I, as the player, am an intruder on it. 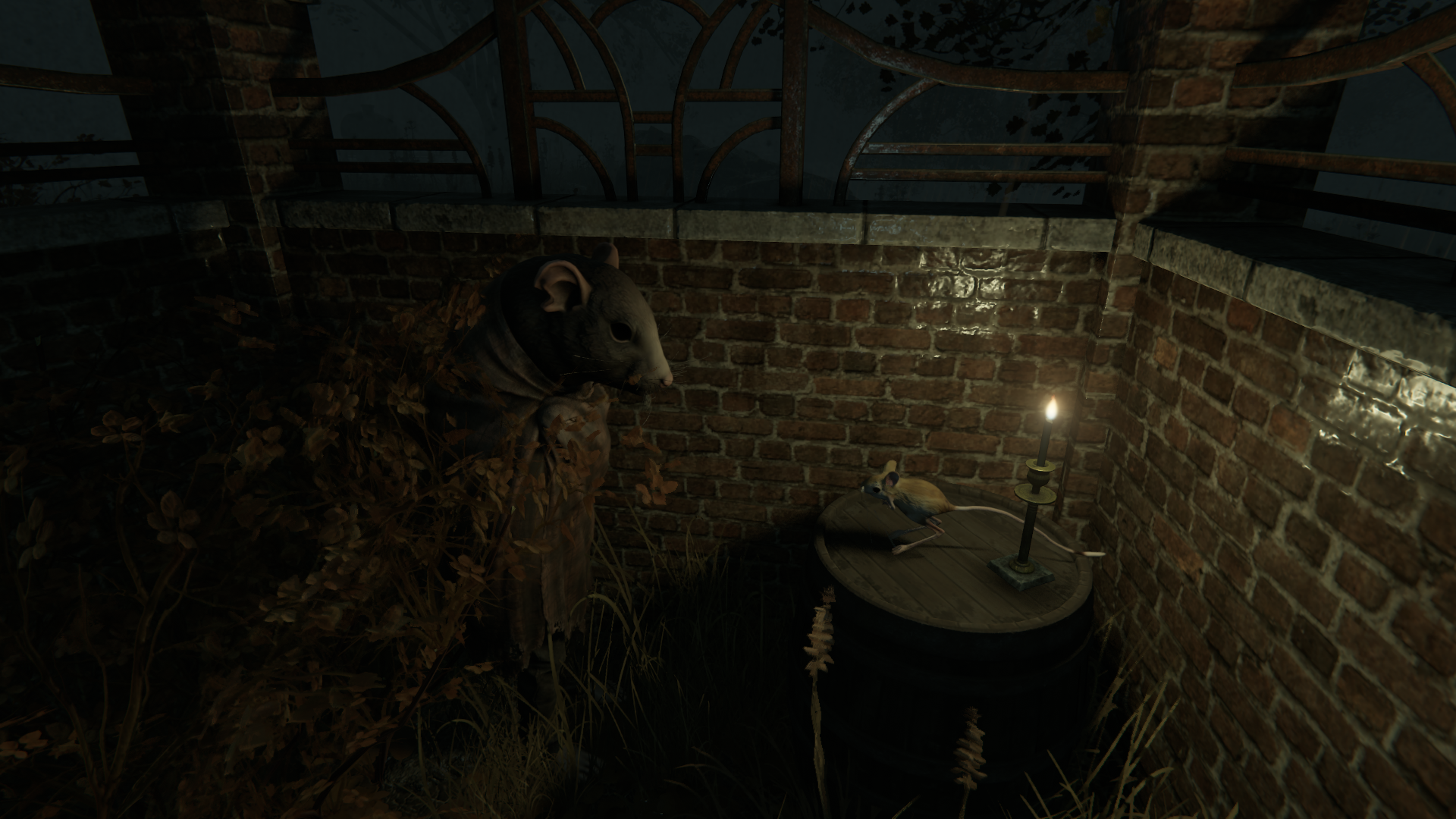 Eventually, I leave the theatre and walk along flamethrower-lit streets. There are armed men with cold blue eyes staring through woolen balaclavas, and there are screams. There are rodents, and there are ghosts, and, at the end of a long road, there are two incredibly creepy children holding hands.

As I approach, I expect them to laugh and phase out of reality, a set piece I’ve seen dozens of times before. Instead, they stand and they stare, not moving their heads to face me as I walk from side to side, trying to draw their attention. A Liggotian puppet show to remind me that while I pull the strings on my character, the game pulls my string in turn, both of us are entirely convinced of our own autonomy, and neither of us are free of delusions. 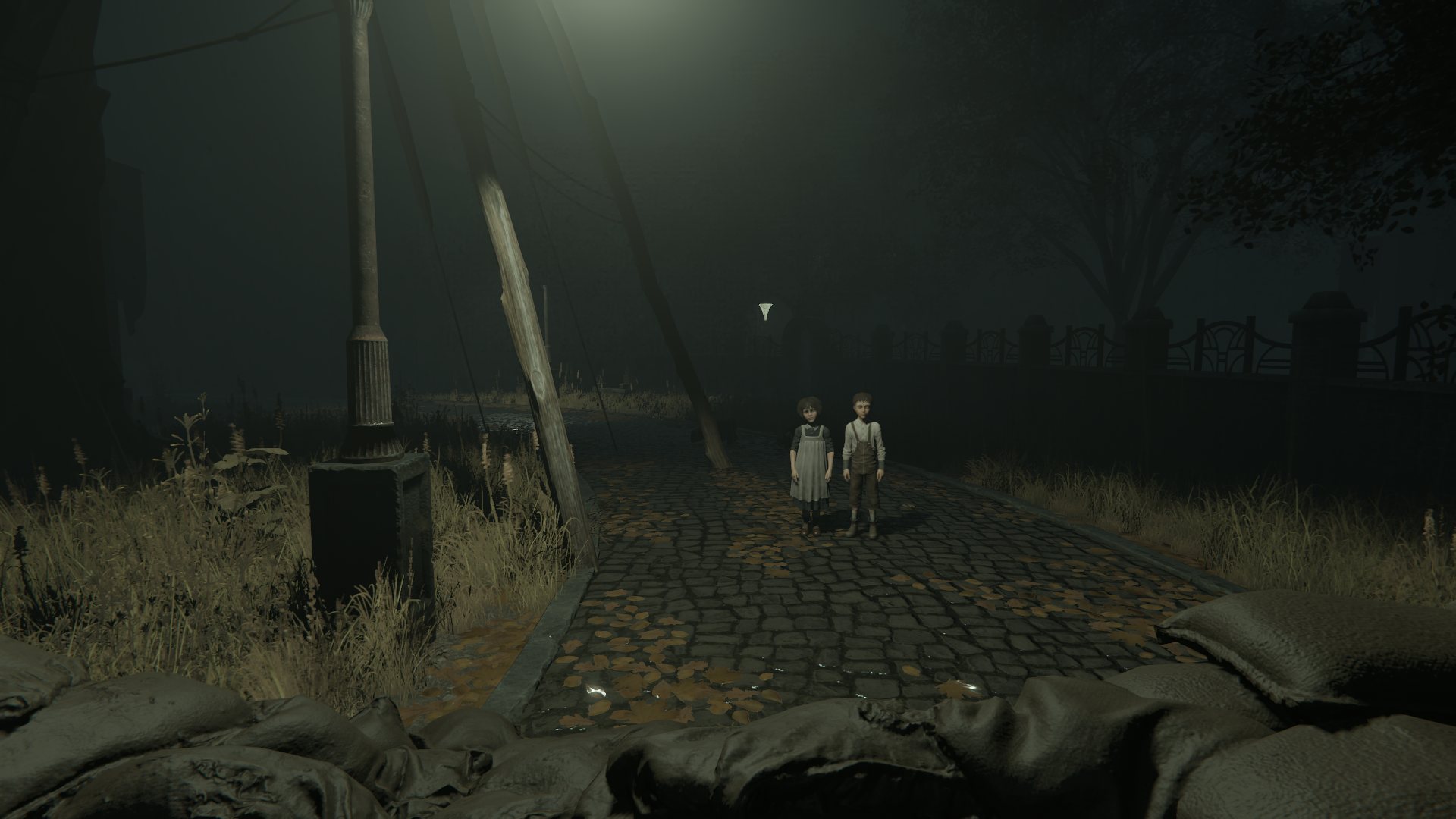 It's a sort of alternate take on the introduction to BioShock Infinite. Not alternate because of the different imagery it employs, but because it has the confidence to admit what is, owning its artificiality and using it in service of an overall mood. Where Infinite's initial stroll over Columbia’s golden cobbles was haunted by a diorama of puppets struggling to break free from manacles forged of jank, Pathologic 2’s inhabitants rock those manacles like high fashion. The results are spooky as heck.

A tutorial often teaches you how to play, and this opening does that too. It prepares your senses, puts you on its jittery wavelength and teaches you to observe the game world with what should be a contradictory mix of wary suspicion and close appreciation. I'm not quite far enough into Pathologic 2 to decide how much I like the game as a whole, but as far as introductions go, this one is going to be hard to top.