Premature Evaluation is the weekly column in which we explore the wilds of early access. This week, Fraser’s filling the British countryside with railroads and smoke in train tycoon sim, Mashinky.

Disaster! I’d barely begun my first foray into Mashinky’s magical world of locomotives when my very first attempt to manage a whopping two whole trains -- carriages and all -- ended in calamity and death. And also fire. My brand new steam engine had just left the depot near Leicester and was beginning its journey to Kirkcaldy when it rather unexpectedly collided with the only other train in the world. All that was left was a smoking, smouldering wreck. That’s what signals are for, I realised too late. Mashinky’s brief tutorial ends after you set up your first passenger line, before the need for signals even arises, so I was a wee bit unprepared for catastrophe. Signals have haunted me ever since. They’re everywhere. Crossings and junctions and one-way systems -- they all need signals. And when you're not sure exactly how they work… well that can be a problem.

After such an inauspicious beginning, I started on a new random map, hoping for better fortune. An hour later and that map was in the bucket too. I'd plonked down a neat ring that hit several towns, and with only two passenger trains on the go, things were going smoothly. But then I started getting quests tasking me with delivering manufacturing materials, requiring new trains and stations. While running a passenger train company is a relatively simple task, connecting towns by rail and letting the trains do the rest dabbling in manufacturing is considerably more involved. 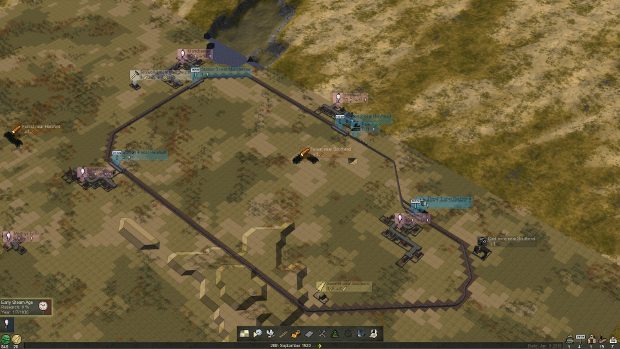 Wood can be picked up from stations near forests, then that wood can be delivered to a sawmill to create lumber. Resources like lumber and coal can then be dropped off at a variety of factories that finally transform them into tokens -- that's what you're doing this for. Tokens are spent on trains, carriages, station extensions and investing in new technological eras. The system sits somewhere in between a resource management board game and the gathering and refinement cycle from an RTS. Unlike something like Age of Empires, however, the challenge isn't in hunting down resources and funding expansion; it's in setting up a rail network that allows trains to make their pickups and deliveries without obstructions or delays.

As more trains left the depot and joined their pals in circling my infinite transport network, I lost control. There were jams at every station, trains going in the wrong direction, stops being missed and routes falling apart. Even when I added new lines so multiple trains could use a station, barely anything moved. 140 passengers spent a week trapped between two towns. Thank god I didn't give out refunds. 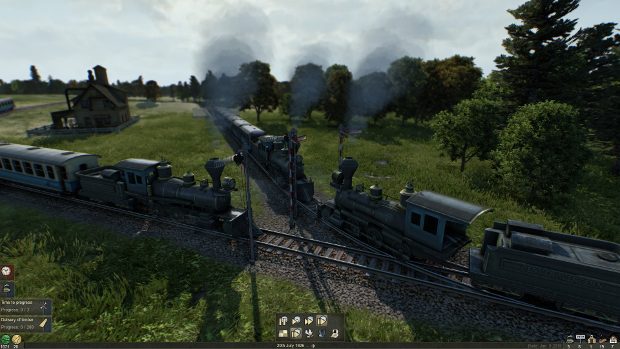 I could feel the ghost of the Fat Controller hovering over me, judging. “You need to whip those trains into shape, Fraser, like a real capitalist.” Then I remembered he bricked a train up inside a tunnel, alive, just to teach it a lesson. Screw that guy. But I did need to do better than this. I'd give it one last attempt, I decided. For the trains.

It was 7am when I finally stumbled out of my study, my eyes red and my head full of trains. A quick browse of a Steam guide for signals made all the difference and attempt number three got its hooks in me deep. Once I had a one-way system set up, everything started to fall into place. With the trains actually running, I could start to delve into the minutiae, fine-tuning routes, obsessing over details. 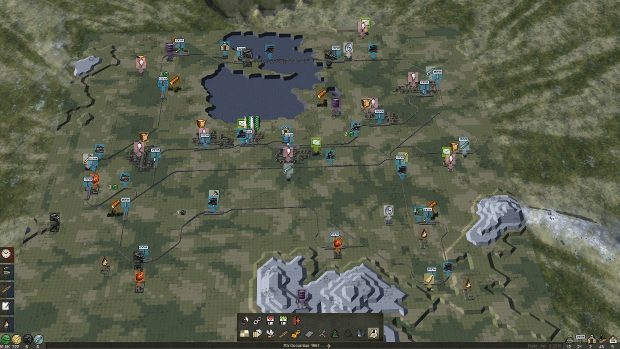 Constant tweaking is at the pedantic heart of Mashinky. At 3am I upgraded all the carriages in 10 of my trains, increasing their capacity. At 4am I realised that the trains were running slow, unable to handle the increased weight of the new carriages, inspiring another shopping spree. An hour later and I was deep in junction territory. Even once I'd technically finished the game, completing the early access quests and the three eras, I continued to muck around, rebuilding, renovating and terraforming. It's perfecting rather than problem solving -- getting from A to B is a doddle but making sure that the rail network runs like a ballet is what necessitates late night obsessions and lost sleep.

The three currently available eras introduce new trains and carriages, but they also litter the map with more resources. The advent of the diesel era, for instance, adds oil and refineries to the map, which all require new routes and stations and probably trains. Growth is constant, then, with the game always pushing expansion, but that progress never comes at the expense of the early stuff. Coal and wood never stop being relevant, as even later factories need them to create their products. So nothing becomes superfluous, but that also creates another wrinkle: every new route has to be connected to the old rail network, and all those new trains transporting oil and steel have to compete with all the old trains. Once the modern and future eras are added, I’m not sure if this will continue though. I can’t see a future for coal in an age where maglev trains are all the rage. 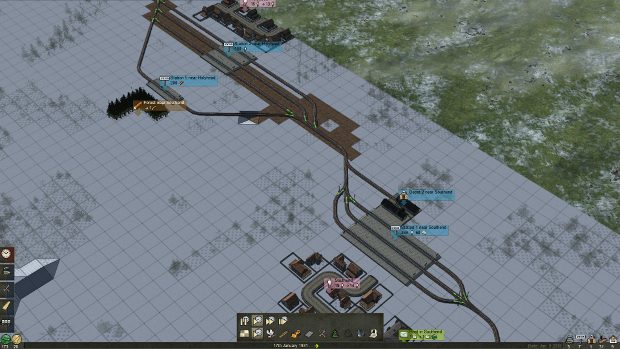 Until then, I’ll be living it up with my steam engines and my diesel locomotives. My current project is a massive central terminal, a new source for my river of trains. I want something that better joins up my three main routes, but mostly it's because I saw a screenshot of an incredibly elaborate, six-platform station and I must own one. The low cost of tracks and stations means that there’s no real restriction to experimenting or just throwing money at making your railway look pretty. Demolishing and rebuilding an entire route barely puts a dent in an end-game bank account.

All of this leaves little time to just sit back and admire the train porn. Hitting spacebar seamlessly switches the view between the board game-style construction mode and a realistic but largely impractical mode. The former is easy to parse and not without some minimalist style, and it's where you'll inevitably end up spending 90 percent of your time, but Mashinky’s realistic mode is where you'll probably wish you were spending your time. Actually seeing your smoke-churning behemoths cutting through the bucolic British countryside with their cargo in tow feels like a reward for the sweaty work of getting them on the move. 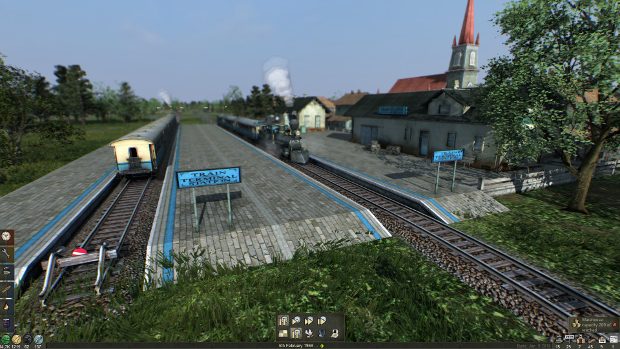 It took me a surprisingly long time to realise that Mashinky is currently missing what some might consider one of the genre’s fundamentals: competition. Unlike Railroad Tycoon, Locomotion or even Ticket to Ride, Mashinky doesn’t pit players against adversaries. There are no other companies taking up space or competing for passengers or resources. Unexpectedly, I don’t miss it. The game could do with some more challenges and objectives -- some procedural ones would be especially welcome -- but pitting transport bosses against each other could run the risk of diluting the sense of freedom and experimentation that it’s fostered so far. If other companies do get thrown into the mix eventually, my hope is that they will mostly be abstract: invisible opponents doing their own thing on their own map, where victory is measured by individual successes rather than your ability to screw over opponents and get in the way of their expansion.

I’ve lost a passport, had coffee spilt on me and ended a relationship on a train, so I don’t have many romantic notions about them, but Mashinky has seduced me. It's already shaping up to be a promising successor to Railroad Tycoon, and it’s been ages since I caused any crashes.