I was inspired by my serendipitous game-playing from last week. Did you know that itch.io has a randomizer button? It brings back memories of when I first discovered the "I'm feeling lucky," button on Google's homepage. It used to take you directly to the first result of any Google search, but nowadays it takes you to different random search pages related to different lucky-adjacent emotions. Are you feeling... puzzled? Adventurous? Apparently, Google has a button for that. Regardless of the change, "I'm feeling lucky," is an iconic part of the Google #brand, and it's inspired my approach to this week's free games roundup.

Are you feeling lucky, punk?

Okay, it's not entirely random. There's some curation in there, influenced by your game history and is increasingly honed by "thumbs ups" and "thumbs downs." So, it's probably more of a voluntary algorithmic search feature than a randomiser. Here's how I honed my choices: I picked the first game that showed up in my randomiser that was neither a demo of a larger game nor had been previously covered by RPS. And... that's it. Far less involved than when I tricked my Instagram discover feed into only showing me posts about welding. Onto the games!

Izel's Observatory is a beautiful pixel puzzle-platformer in a perpetual water level (can an underwater game still be a platformer???). You play as Izel, a mermaid astronomer who must restore her name from slander by the high priest, whose status is threatened by your research. You must escape from your underwater prison, arm yourself, and fight your way to redemption. Playing Izel's Observatory is one of those rare instances where I was so utterly charmed by a game that I lost track of time while playing it. It's a gorgeous and punishing adventure, with a badass pink-haired heroine astronomer mermaid who takes no prisoners. What more could you ask for?

Lord of the Mall (Lord of Them All!) from Andrew Wang 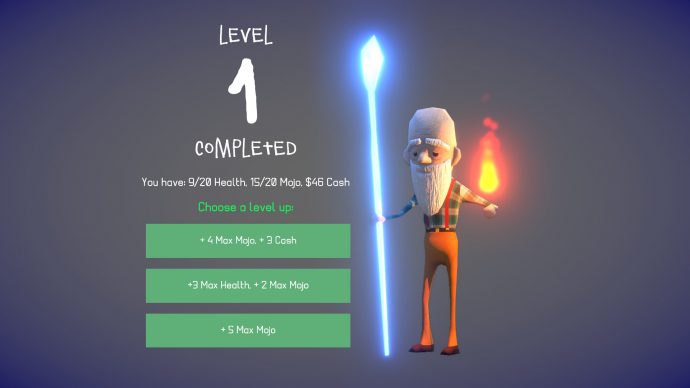 Lord of the Mall (Lord of Them All!) is an exceedingly clever roguelike stealth game where you are simultaneously an old man cruising around a shopping mall with your walker and an all-powerful wizard escaping the tyranny of goblin enemies. If that's not enough to sell you on this (free) game, here's a sliver from the game's itch page: "This is a 3D rogue-like adventure/shopping action/stealth game, set in a procedurally-generated shopping mall / dungeon. Hunt for the best bargains in the mall realm to heal, restore mojo, and power up. Search for gold in the dungeon realm, while avoiding the dangerous monsters that prowl the depths. The gold automatically gets converted to cash in the mall realm." To claify, your dungeon magic is powered by "mojo." The only way to get said mojo, is by purchasing deals in the mall. The only way to purchase deals in the mall is by acquiring gold in the dungeon. It's brilliant. The interplay between mall and dungeon realm is so satisfying to watch, as you trawl from corner to corner searching for bargains, dreading the creep of the dungeon crawl.

Made for the 2015 Global Game Jam, Barb is about the daily rituals involved in getting ready in the morning. It's a five minute game in a low-poly environment with a slick colour scheme and clever a cappella environmental sounds and upbeat tunes. Your friend Sandra is picking up you for, what I assume is a book club meeting, and you have to drink coffee, shower, and put on your makeup. There are little details throughout your process which imply your character, Barb, might be a trans woman. At the end of the game, this is revealed to be the case as you prep to meet with your friend.

Frankly, I'm pretty glad that we're starting to move away from the trope of "character revealed to be a different gender than you may have assumed!" It's remarkable to see how games are trying to include more trans experiences, despite the uh... numerous stumbles along the way. Barb's themes already feel dated in 2019, only four years after its creation. Even the games marking trans experiences from the indie sphere which came before, like Anna Anthropy's Dys4ia (which came out in 2012!), are showing their age. Games about discovering one's trans-ness and coming out are changing rapidly, and I'm excited to see what sorts of games will be coming out in the next five years. 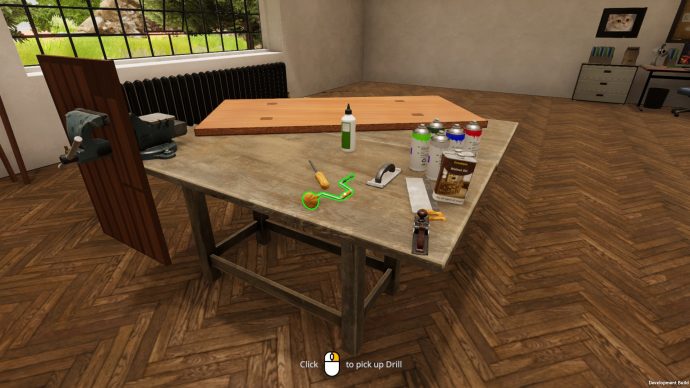 I really want to get into woodworking. I mean, I'm already really into woodworking; I just don't really have the means to pursue my passion. I want to make tables and chairs and birdhouses using my garage-turned-woodworking studio, but alas. I'm relegated to merely pining after circular saws at Home Depot. Fortunately for me, there's Wood Work simulator -- the only exception to my "no demos" rule, because I want this game to get made in full so badly. From the same folks who brought you PC Building Simulator comes a super-realistic carpentry sim, and boy howdy is it involved. Each stroke of your saw takes an individual mouse click, each turn of the drill and each pass with your wood stain is a discrete task. I am truly ALIVE here, folks.

From the game's itch page: "Woodwork Simulator gives you the tools to work with wood in remarkably realistic ways. Using a range of hand tools, you’ll be able to saw with accurate precision, chisel to the depth you desire, drill without restraint, plane wood to a smooth finish, or carve intricate designs on the lathe." Is it buggy at times? Sure, it's a demo. Did I ever finish my birdhouse? No, it remains a pile of wood glue and poorly-measured planks of wood. Just like in real life.