I love a stylish game. Style, as so many fashion icons like to remind us, is an enduring sense of individuality and seemingly effortless flair. Of course, it is not so easy to discover one's own style. It requires a clear conviction in one direction or another, and the consistent dedication to maintain it. Honing a specific style across a video game's entire development cycle can be difficult, especially when there are dozens of people on an art team. For this reason, allow me to hold up a few slices of the independent games scene as an ineffable example of style.

I've been pretty vocal about my love for the stylings of devs like Sokpop, Jenny Jiao-Hsia, Blendo Games, Studio Oleomingus, and Kitty Horrorshow, among many others. Here are some fresh styles -- old and new -- that I found this week on the ol' internet. Here you'll find bubblegum pastels, uncanny environment horror, folktales, 1980s VHS tapes and back again. It's good. 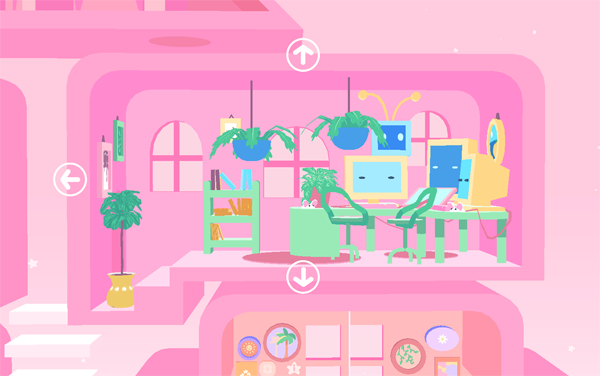 Whenever I feel lost in the world of game development, my internal compass brings me back to Games for Girls. I spent a lot of my early teens trying to be a Cool Girl, laughing off my childhood love for Barbie Fashion Designer (a computer game which came complete with printable dressmaking patterns for your Barbies). It took about a decade for me to reclaim my love of all things pink and traditionally feminine. So I have a particular affinity for games which boldly embrace this aesthetic.

Dollhouse is a simple game -- it's largely what it says it is on the tin. You navigate around a miniature house's cross-section, occasionally interatcing with various points of interest (a Pikachu pillow! a hidden vacuuming robot! plants!). What I find so compelling about Dollhouse is its charm and its cheer, without ever venturing into the too twee space. No one will ask you to unburden your feelings, there's no overwrought story clamouring for your empathy, and there's not a single made up diminutive for puppers or birbs. Dollhouse has the courage of its convictions to be -- and remain -- a dollhouse.

The Great Palermo from We Are Muesli 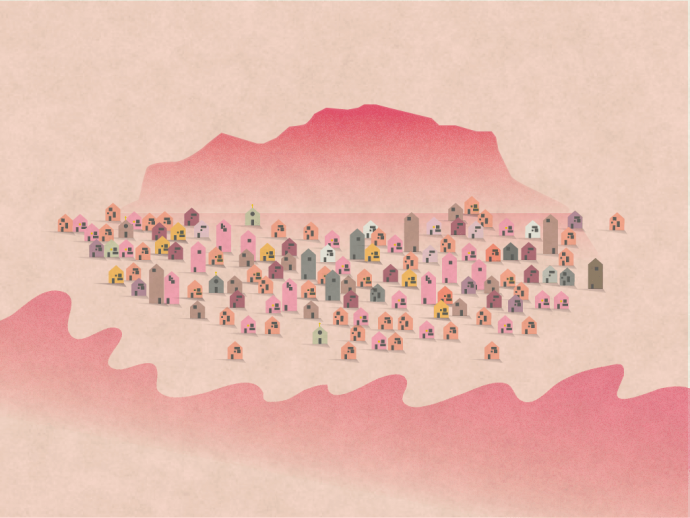 The Great Palermo is an "interactive ballad about street food, folklore and culture of the city of Palermo, Sicily." The game features the stories of 19 different folk characters, each corresponding with a different Sicilian food. Our own Brendy commended the game for its art style back in 2016, calling it, "gorgeous, all wobbly arms, deep pinks and geometric patterns." Not much has changed for the game in the (almost exactly!) four years since, and it still holds up just as strong.

You assume the role of Gaetano, a young boy who is tasked with buying eggs for his mother every day. Along the way, you are distracted by the myriad food vendors offering their delicious, scrumptious, wares to taste. Try the sfincione, the panelle, the questionable frittola served up alongside tales of ghostly nuns and courageous paupers. It's a delight for the eyes and tongue.

The Colony from Hidden Fields

Despite their limited releases, Sweden-based development studio Hidden Fields are already well-known for their distinctive style. Their yet-to-be-released horror game, Mundaun, looks impossibly slick and boasts hand-pencilled textures. Until Mundaun's release, we can sate our curiosity on their earlier slices. The Colony is a hand-illustrated sci-fi detective story about a murder on an agricultural colony. You play as Ballhaus, a Palmer Corp. operative equipped with a ClueSphere and an investigative knock for digging up the truth. The Colony is an impressive display of environment and texture design, and wickedly weird to boot.

Are You With Us? from Spacetronaut

Are You With Us? hits most of my horror game buttons. It's styled after found-footage, utilises your computer's microphone (and camera) for gimicky story beats, and it looks like an old 80s VHS tape with screen tear. Best of all, the games asks you to use the mouse with a second player as a kind of planchette (those pointers you use with a ouija board -- no you're moving it!!). Over the course of the game, you're led through a number of steps to summon and communicate with a ghost. I won't spoil it, but it's safe to say that there are all the right components, and I giggled the whole way through. Stranger Things, eat your heart out. 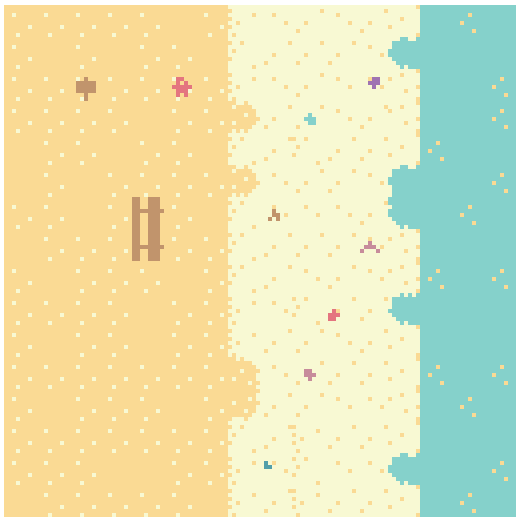 Sometimes it's just stylish enough to bring some extra colours into Bitsy, try to catch a crab, and watch the sun set.

If you're looking for more great zero price games to play, hit our list of the best free games.