When I moved to California two (!!) years ago, the flat block I lived in was overrun by crows. Just utterly crawling with cawing corvids. Initially, this was unnerving and unwelcome -- Los Angeles is meant to be populated with palm trees, smoothie bowls, and Instagram filters. I don't remember seeing shiny black feathers, beady eyes, and cacophonous murders in the brochure. Over time, however, I warmed to my crow neighbours. After all, they didn't keep me up late with their parties or late-night television habits. They were devious and charming, and kept me company as I slowly dissolved in the late summer heat or I tried futilely to edit an essay. Now that I've moved to a neighbourhood decidedly lacking in crows, I miss them.

Here are a handful of games which use birds -- crows and otherwise -- as a central motif.

THORN is a gorgeous and clever turn-based strategy/stealth perspective puzzler from a team of design students out of the École de Game Design. Gameplay follows a young birdman, Isha, who is the sole survivor of a worldwide attack on all birds. The curse has affected their Sacred Tree, and turned the remaining birds into monsters. In order to restore the Sacred Tree to its former glory and save the birds, you must navigate the sky islands in an Escher-like approach to navigable paths.

Mechanics alone, THORN is an admirable return to a puzzle type made popular by games like Fez or Monument Valley. It's given an extra boost by its attention to small details, like the small clawprints which indicate where characters intend to walk or how unsettling it is to see tentacles on a bird. There are a few kinks to be ironed out, but it's downright masterful for a student game.

Compassion is a short game about a dying bird, played in-browser. Modes of interaction are limited -- you can poke the bird with a stick, cover it with flowers, or hit it with a rock. Each action is rewarded with a small line from the bird about the nature of compassion. From the game's itch page: "Compassion is an interactive narrative experiment about dealing with getting help when you’re in pain, which is sometimes harder than dealing with the pain itself."

There are a lot of complicated conversations to be had about what compassion looks like for a person -- or a bird -- when they are in pain. Is the pain physical? Emotional? Spiritual? Have they asked for help? Are you projecting your own experiences onto them, and responding in ways you wish others had responded to you? I appreciate Papiol's willingness to have this conversation, and he translates it poignantly in such a small game.

I'm not normally a fan of including games which are incomplete, or merely demos of a larger game. There are some occasional exceptions (worldwide release Woodwork Simulator when?) and I think that games from the Fragment Jam are definitely exempt to my unofficial rule. Fragment Jam is a jam dedicated to polishing a single component of an unfinished game, or simply taking a piece of an incomplete project you're really proud of, and showing it off. I love these kinds of jams, much like Emily Short's Bring Our Your Dead for IF.

But on to the game. Pajaronorreo is a sweet little fragment of a larger game about the life cycle of a bird of paradise. He wants to attract a mate, and in order to do so, he has to a little dance. But of course in order to do that, the dance floor has to be spotless! That's where you come in. Every time an enticing lady bird approaches, you must clear away the sticks and leaves with a couple of clicks and swipes. Right now, that's all this game is, but that's the point! It's just a little sliver. I hope that the team behind it get the chance to polish and expand the game into something larger. 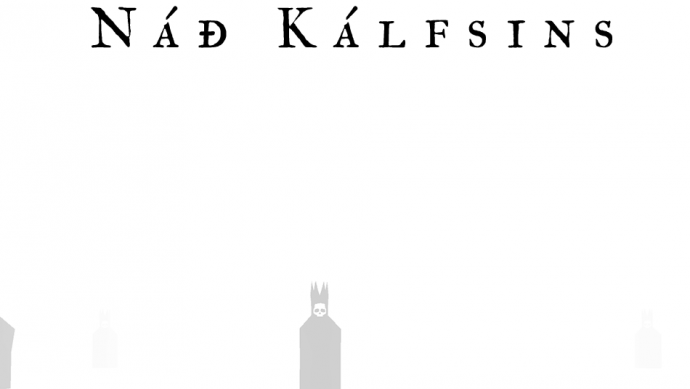 I think I might be including Náð Kálfsins because if I don't forward the game onto ten people, I'll die in my sleep or something. You might be thinking, "Hey, what does this have to do with birds?" Well, gentle reader, I thought that the towering masked figures in the game initially resembled birds, and by the time I knew any better I was already cursed.

Náð Kálfsins is a walking sim/environment game where you must walk through the spaces between masked figures until the masses crescendo and finally disappear. If you get too close to one of the figures, nothing happens. You are met with guttural moans like you might hear from a Bloodborne enemy, though with none of the violent closure. Which, tbh, might make it worse.