I have been feeling a bit low lately. It's likely a combination of the season (where did the sun go?), drop in temperature (yes it's 11°C in Los Angeles, and my home is built to get hot air out of it!), and another year coming to an end. 2019 really didn't have too much to offer me and I am psyched to see it go.

In the run up to New Year's, my favourite holiday, I am practicing being kind to myself and celebrating the milestones I managed to accomplish with panache and aplomb. Here are some games to warm you up when you might be feeling low, and games to indulge in without judgment.

Cooking With Cat from Max, Anna Marcus, and Kate

In Cooking With Cat, you are a cat. A+, five-stars, no questions already. Your name is Mina, you studied for years at Le Cat-don Mew, and you have a cooking show to get on with! The way you cook is by engaging with the world as only cats know best: knocking things over. In order to complete each recipe, you much push all the ingredients needed (sugar, flour) into the centre bowl while leaving unnecessary ingredients (dead bird, toilet paper) out. Of course, you are a cat, and who says you have to follow the rules anyway?

Cooking With Cat hits all my buttons: it's about a cat. There's cooking involved (tangentially). I can knock things off of a counter top. What more could I ask for? An added bonus is that the devs made the game explicitly freeform: "There are no timers, no ranking systems, or angry owners scolding you for just doing your due diligence as a cat. Take things at your own pace!" There are no mistakes in Chef Mina's kitchen.

Push The Button To Win! from Sean LeBlanc

Push The Button To Win! is a fairly stark contrast to Cooking With Cat. There's no cute cat and there isn't any cooking (bear with me). push the button to win! is based on a Pippin Barr tweet, and was made for the Pippin Barr GAME IDEA Game Jam. Pippin often (usually) tweets out short and sweet "game ideas," which are playful twists on game tropes, and is a game designer himself (here's a favourite one of mine).

The tweet LeBlanc chose was, "GAME IDEA/PUSH THE BUTTON/TO WIN/PUSH IT HARD/HARDER/THAT'S NOT HARD ENOUGH/THIS ISN'T WORKING". The game itself revolves around whether or not you push a button, and when, and reacts to your choices in real-time with different lines of dialogue. And, well, I'm a sucker for a defy-the-narrator game. It's one of those fun, smug, meta-games that makes me feel smart when I play it. "Oooh," I say. "My choices in this game are being recognised but not truly recognised because it is impossible for a machine to experience the terrifying vulnerability of being acknowledged." Anyway. It's fun. 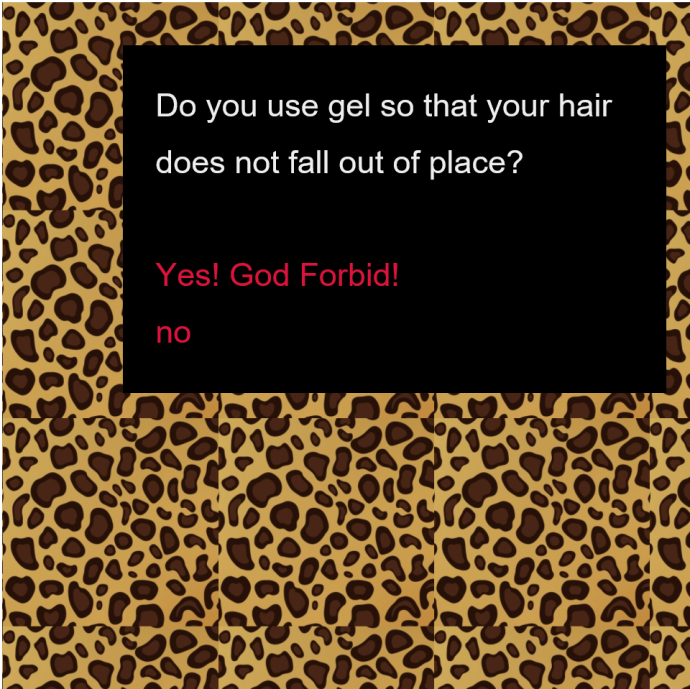 Have you ever thought you had what it takes to impress Canadian singer-songwriter Shania Twain? Do you kiss your car goodnight? Are you, maybe, Brad Pitt? Well, the Twine game Shania Twine is here for you to find out, once and for all, if you might impress the titular Shania Twain (much).

This game is, frankly, a work of art. Nothing in the world makes me happier than when some devs or some friends or some friends who are devs get together and come up with a joke like this and see it through to its execution. And absolute chef's kiss of scope and punchline.

I distinctly remember asking a mall Santa for a Tamagotchi for Christmas when I was a kid. He asked me if I would take care of it, and I said I would. I have no idea where that Tamagotchi is now, so I fear that I've let Santa down (which explains a lot). I am not the only Millennial who has loved and lost a Tamagotchi -- the effects of its aesthetics are palpable in the indie sphere today and it's seen a return to the free market. Bandai recently released a souped-up Tamogatchi for a new generation of kiddos to grow attached to and then forget about.

However, I'm still here for that pixelated parasocial relationship goodness of my childhood, and that's where the simple, retro-stylings of Bunnysitting comes in. In Bunnysitting, you take care of a virtual bunny, "watch them grow up and leave the nest." The game is designed to be played passively -- keep it running in another tab or window while you complete other chores and tasks, and your bunny will call out for you when it needs you. It's a sweet little reminder that games never needed a whole lot of flash and there's a real art to taking things slowly.