If you exist in almost any corner of the internet which serves the intersection of video games and social justice, you've likely seen the Bundle For Racial Justice and Equality from the good folks over at itch.io. The bundle has been, by all accounts, an overwhelming success. I got to watch the donation amount tick over the million-dollar mark, then the two million-dollar mark, and now, the five million-dollar mark. I think this bundle might be the greatest bundle in the history of bundles, even if you're only going off the sheer number of games you get for your money. Here I will recommend some of my favourites.

"But Kat," you are saying. "Your column is about free games and in order to claim the bundle I'd have to pay real human money?" Great point, straw-friend. This is where, for the first time in my life, mathematics comes into play. $5USD for 1,639 games and counting! Why, that means that each game averages out to costing $.003USD. In this instance, to me, and only this once, that counts as priceless. I stand by it. Or, perhaps, you just don't know where to start with the games available in the bundle and a short list of recommendations would help. Here is a small collection of the bestest best (almost) free games available in the Bundle for Racial Justice and Equality.

Before we kick off with my $.003 recommendations, thanks for being cool about this brief aberration in the Free Games Roundup! If you aren't in a place to donate right now, I totally get it. Thankfully, there's both a pretty hefty archive of Priceless Play to turn to for free games, and many of the developers who contributed games to the bundle also have free projects. I recommend Where the Goats Are, Oleander Garden's PAGAN series, and the Electric Zine Maker (and almost everything from Nathalie Lawhead). Also, itch plans to release a list of Pay What You Want games from devs who wanted to support the bundle with free games. So keep your eyes to the skies for that one. Okay, great, let's carry on! 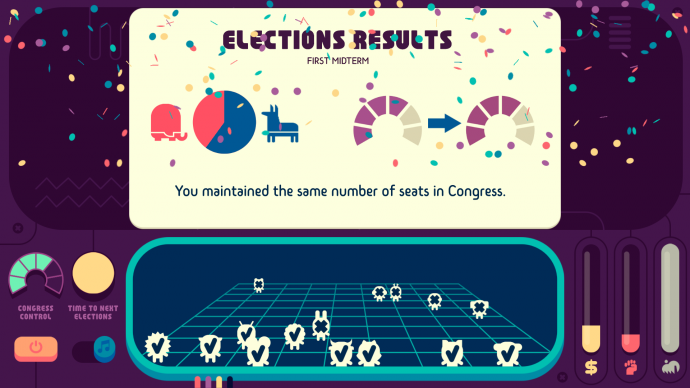 Molleindustria has done it again, folks. In Democratic Socialism Simulator, you have just been elected president of the United States! Congratulations. Of course, as the first Democratic Socialist President, you have a lot of work to get done. Through a series of amusing-but-difficult choices, it's your job to try and effect change. What will the New Pork Times have to say about your new policies? Will Fox News (run by real, actual foxes) bring your presidency to its knees?????

I had a lot of fun with Democratic Socialism Simulator. It's put together in a super clean package, using a lot of the same core mechanics as Reigns. Swipe left, swipe right, and try not to fall into a deficit. Sometimes I feel like I can get so in my own head about politics and the State Of The World At Large, and so it can be a breath of fresh air to have a lizard and a peacock in my presidential cabinet telling me what to do. 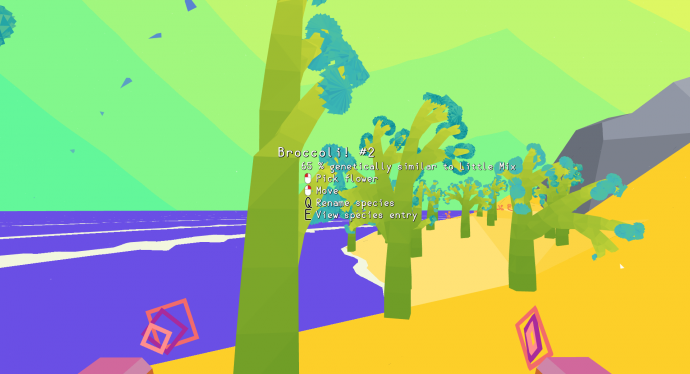 It took me far too long to realise that Mendel is called Mendel because it's basically a game about Punnett squares. Thus, I can only assume that this is a game where you play first-person as the Moravian Augustinian monk, Gregor Mendel, in space as he collects and hybridises the local alien flora. I kid, but the heart of the joke stands.

Mendel is a delightfully colourful, minimalist, and procedurally-generated sandbox game where the goal (if there is one) is to combine cool-looking plants (that you can name!!!) together into other cool-looking plants with Mendelian inheritance. It's extremely chill, and reminds me of all the fun parts of No Man's Sky without any of the pressure. You grow your strange little garden, you watch the buds blossom and trees reach skyward while a synth harp plinks away.

A New Life from Angela He 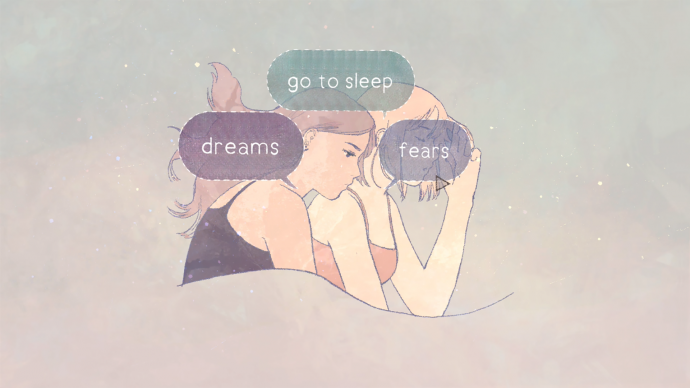 I've played a number of Angela He's games (and a lot of them are free!), which always manage to make me feel some type of way. Her illustrations are stunning, but her ability to strike an emotional resonance with small animations and particle effects tip it all over into pure artistry. She's never been one to shy away from difficult topics in her games, with some featuring stories about intimate partner violence, self-harm, or suicidal ideation. I've written about my own conflicted feelings about how these topics get tackled here (and so has Jay!), if it interests.

A New Life tells the stories of two women who meet in college, fall in love, get married, and grow old together. Sometimes. Sometimes they don't, sometimes there's a global morbigavirus, and sometimes old age just catches up with you too soon. A New Life is a game about choices to varying degrees, and sometimes I find that games about choice take themselves too seriously. That's not the case with A New Life -- it has just enough humour and just enough care and I've got just enough of a soft spot for stories about lesbians in tech to not really mind any overt lessons in choice. That, and sometimes I really wish I could undo the morbigavirus.

The Floor is Jelly from Ian Snyder 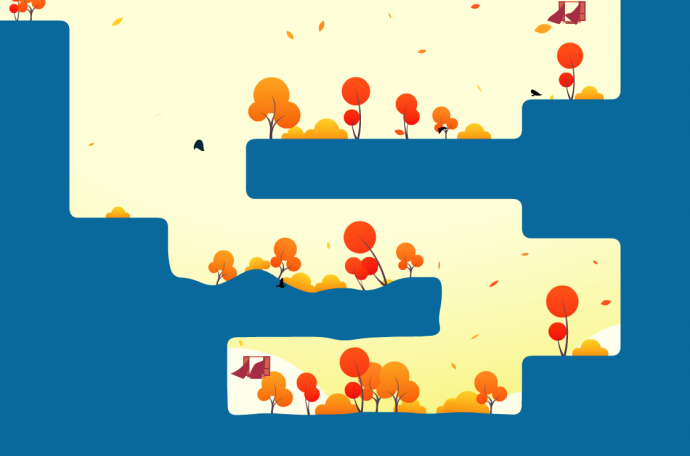 Sometimes it's good just to bounce around.