If you click on a link and make a purchase we may receive a small commission. Read our editorial policy.
Smarter Than I is a regular series where Matt explores AI's potential to shape the future of video games.

“The software should be an entity that you are interested in, invested in, and feel an engagement with. That’s the idea.”

That’s one of the many ways Michael Cook describes Angelina, his “artificial intelligence-powered research project that designs videogames”. It's not the world’s only experiment in automated games design, and it’s not going to rob any human developers of their jobs. Mike doesn’t want it to. He wants Angelina to be a part of their communities.

Angelina is eight years old, depending on how you slice your ships of Theseus. It began life as Mike’s PhD project, designing abstract games of only abstract attraction. “I really wasn’t thinking of it as something that could make subjective or cultural artefacts”, Mike told me. Angelina wasn't making the sort of games you’d relate to. A few years later, it started making jokes about Nick Clegg.

By plugging Angelina into Twitter and the Guardian, Mike transformed his software into a cultural agent. Simple platform games were imbued not just with mechanics of Angelina's design, but with significance. “In some ways, Angelina's news games were the most convincing games it ever made, because it was dealing with topics that were so current they’d often happened within the last 6 hours. When people sat down to play the games, they brought so much to it already.” You can read more about that iteration of Angelina on this very website.

Importantly, this was when Angelina started explaining its decisions. It 'liked' or 'disliked' public figures based on what adjectives it saw people use in conjunction with their names, and themed its games accordingly. Angelina could recognise basic human dispositions. But could it understand what made a game fun? Could it really 'understand' anything? 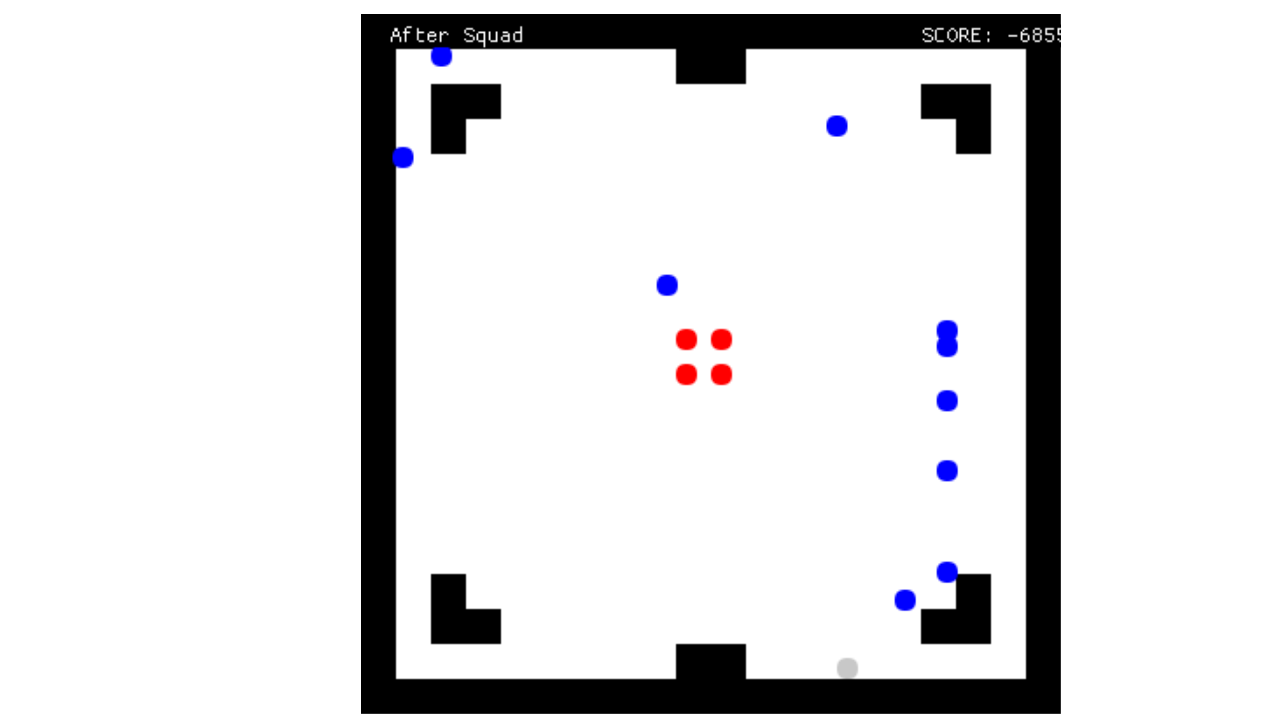 Sort of. "There’s definitely a framework in place for Angelina to obtain new knowledge, and then use that knowledge", Mike explained. "It uses it in a very basic, repetitive way - but when it designs games it has a kind of conceptual understanding of what it means if one thing moves on top of another, and that other thing gets destroyed. It knows it can cast this as ‘A eating B’, and then it can look into its knowledge base and see what relationships it knows that involve eating. So it makes lots of games about cats chasing mice, that kind of thing."

For Mike, where that information came from was almost as important as the information itself. We'll get back to that, but first it's important to stress the current limits on Angelina's capacity for understanding. Unsurprisingly, Mike is more aware of them than anyone. "You can make an average platform game by just throwing a lot of mechanics in a bowl. Whereas a really good game understands why a system or object is there, or why a number is set to a certain value. Angelina hasn’t really been able to go that deep and understand games at that level."

The concept of walls, for example, still lies beyond Angelina's grasp. "I’ve spent the last six months trying to get Angelina to reinvent Sokoban. Because the walls don’t have any impact - they don’t execute any code, and don’t have a footprint on the way Angelina thinks. I explained games to Angelina in a particular way, and I’m trying to reexamine that so that Angelina can understand a game's different parts." 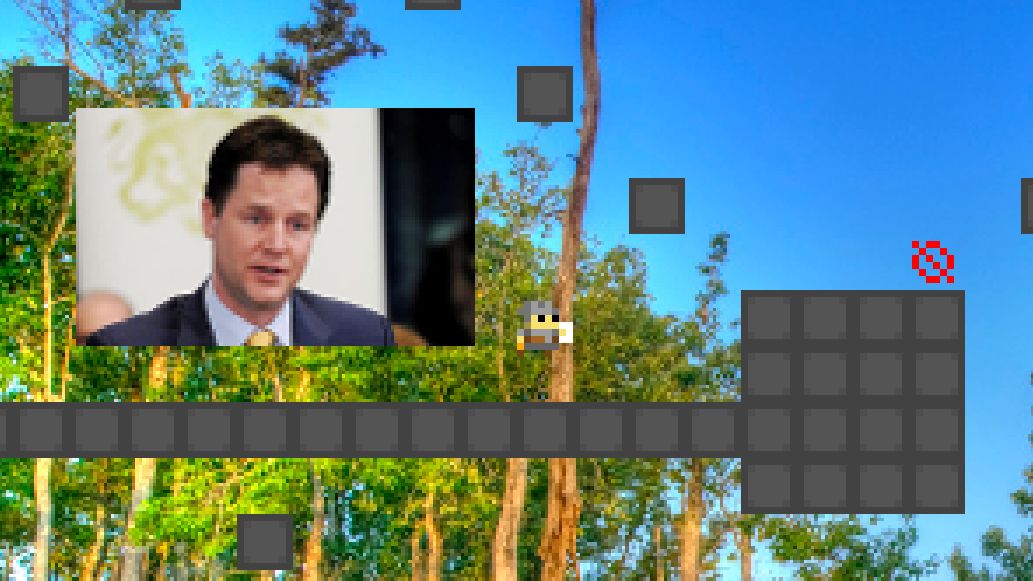 In its current form, Angelina tends to "muddle along" until it strikes on something that works. Mike hopes to provide Angelina with a more critical eye, to the point where it can eventually evaluate which genre would best fit its nascent ideas about a game. That won't be easy. As Mike puts it, "that’s a level of creative decision that's so hard to get a handle on it almost doesn’t make sense".

At last, we've hit the C-word. Mike works within a field called computational creativity, but some call that an oxymoron. Creativity requires mystery, they'd argue, and a chain of logical statements can never amount to artistic endeavour. Mike thinks that's missing the point. "For me that’s not how it works. For me, and this is someone who wrote the code, who had to debug the code, I still get surprised by Angelina. That’s the aim, to build a system that’s complicated and interesting enough that it can do things that will make us think. Even if you know how Angelina got to a conclusion, it can still make you reflect, or be surprised, or happy."

Angelina's value doesn't just lie within its output. Perhaps a day will come where Angelina's games are independently fantastic - and indeed, every year Mike devotes to Angelina brings that day a little closer. However sophisticated its creations, though, Angelina will always have a broader significance as an entity in its own right: a thinking, decision-making creator that collaborates with humans. Angelina doesn't know that dogs chase cats because Mike supplied it with that knowledge. It knows because it asked people on Twitter.

Angelina has only just started interacting with us. Those interactions might be crucial, in fact, to resolving a problem we hovered near earlier: it still doesn't possess a sense of 'fun'. Mike concurred. "That’s always been a problem, and probably always will be a problem", he told me. There's hope, though, and that hope lies in humanity. 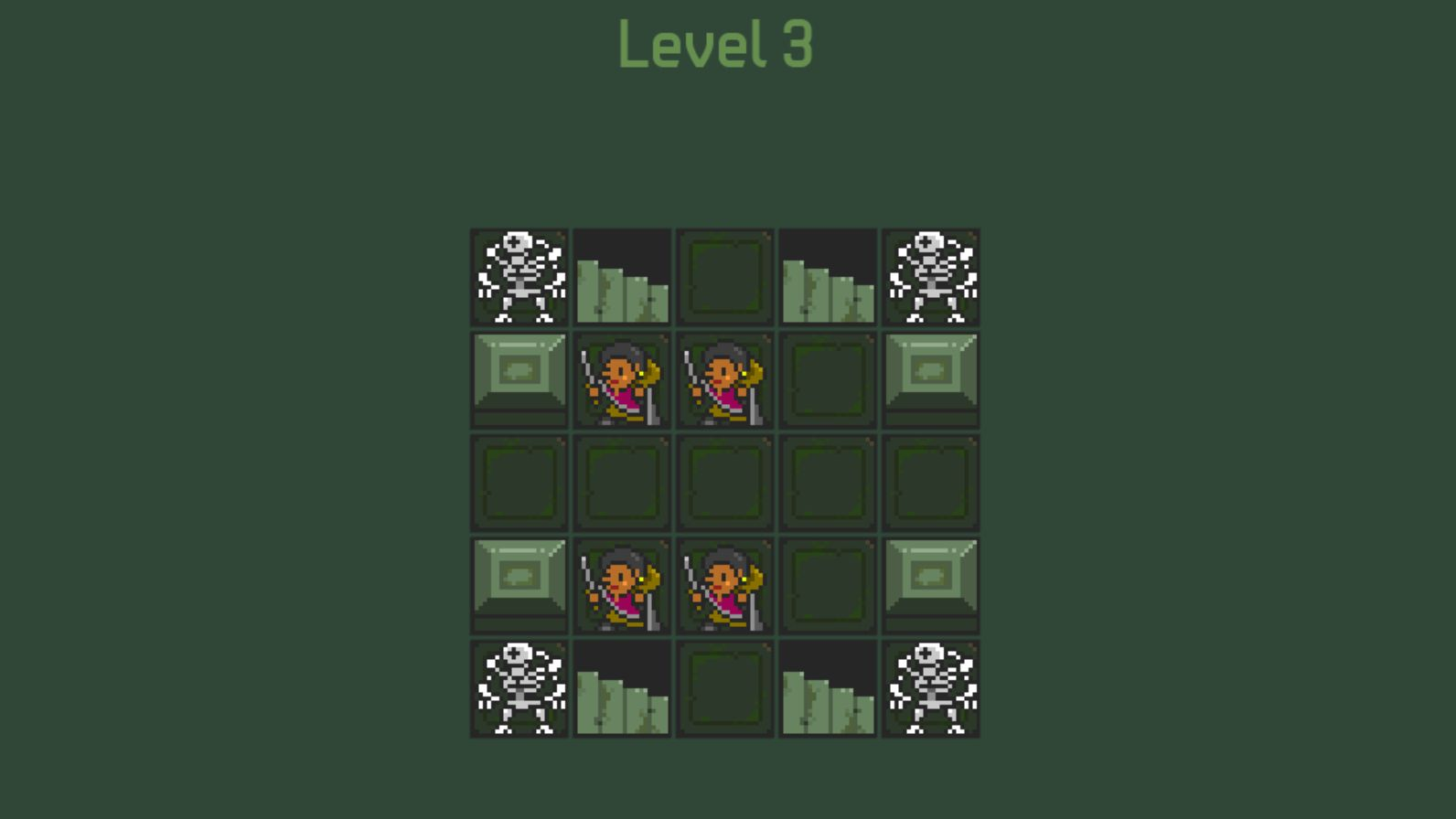 "My intention is for Angelina to have two phases. In the first, it gets to a point where it plausibly thinks there's a game in whatever it’s made. Then the second phase is using humans as playtesters, to have a dialogue and see if they can figure out how to hone in on what's good. In the end, it can only rely on other people to tell it whether what it’s made is fun." The goal isn't to replace humans. It's to work alongside them.

As well as harvesting their feedback, Mike wants their labour - for a fair price. He hopes that Angelina will one day commission professional artists and musicians, a process made possible by Angelina's current 'modular' form. Individual parts of Angelina work on mechanics, or level design, then a separate algorithm puts that together.

Something I was surprised Mike hadn't considered was outsourcing the coding itself. Why not get Angelina to play a directorial role, and see how it utilises its human resources? His enthusiasm for the idea was gratifying. "I can definitely see that happening!", he said, before running me through some of the billion problems he'd encounter. He also told me about Alex Zook, a colleague who wrote a paper called AI for game production. "He envisaged an automated game designer that was a producer rather than actually doing stuff itself, which would have this high level organisational field".

Mike has plans of his own, and they revolve around - you guessed it - humans. "My plan for the next five years is to dismantle Angelina and make a thousand of them", he began. "So the local indie game community down the road in Heidelberg in Germany, maybe they’ll have an Angelina that’s part of their community, and it’ll like German customs and slang." Mike usually talks quickly, but here his speech accelerated. "Maybe it learns all the people in the group and what they’re making, and it learns about the world from them as well, and it becomes someone…" Might caught himself. "It becomes an entity that’s unique to that community." 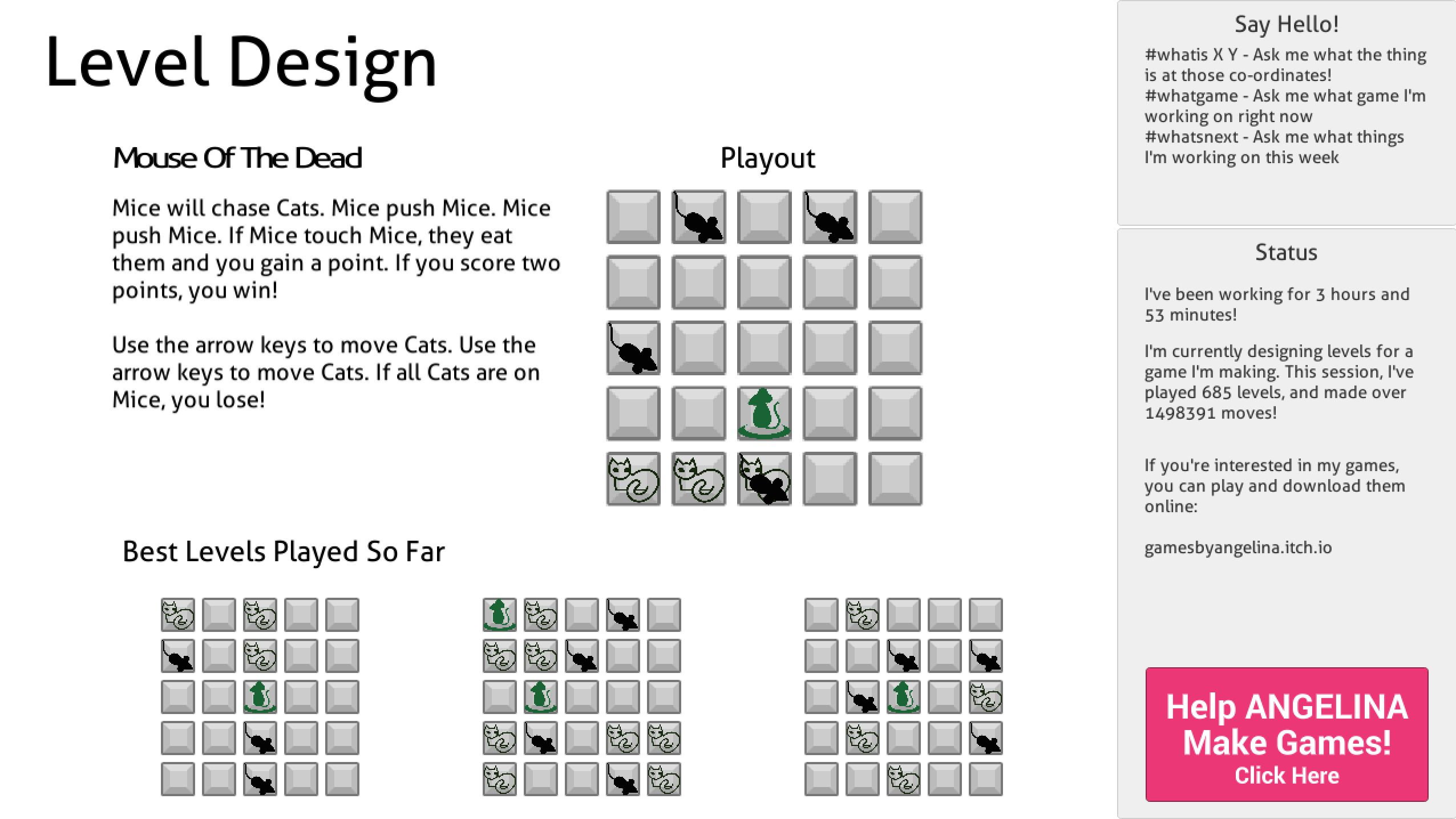 I can see why he's excited. The prospect of a thousand Angelinas, each with their own perspectives, preferences and values is captivating. Especially if you got them talking to each other.

"It would be so cool if these different shards of Angelina could learn different things and compare notes, and maybe learn about the cultural relativity of some ideas. That’s why Angelina remembers where it learns facts, because I’m hoping in the future it might be able to say ‘I learned these things in a museum in Madrid’, or ‘I learned these things at a university in Atlanta’".

Mike hopes that will start coming together this year - but his destination is different to the one I'd pictured. My mind immediately leapt to a super-Angelina, imbued with knowledge from a thousand communities and operating on a global scale. Mike thinks I've missed the point. He brought up Assassin's Creed Odyssey, and how "big AAA development averages out individual human influences." With games made by smaller teams, "their view of the world is strongly expressed through it. That’s the advantage you get by doing something at a lower scale."

He's not wrong. As Angelina gets larger, the significance of every interaction diminishes - and that's not Mike's only reason for keeping things small. "I’m a little bit terrified of what the industry's actual interest in automation is. So I’m really interested in making people’s jobs easier and letting people do more with the amazing skills they already have, but I’m not super excited about replacing those people."

"There’s a big ethical question mark for me about how I can do my research in such a way that it encourages the former and discourages the latter, and I don’t actually know if there is a way. That’s why I’m so cautious in those areas, and pushing ahead in the areas which are kind of zany and don’t have any particular application to industry."

Of course, he can't help but be excited by projects that do. It seemed that whatever possibilities I brought up, Mike knew about someone who was already working on them. He mentioned ConceptNet, a "big MIT project to build a commonsense knowledge base for AI". He told me about Gemini, "a system that has a more formal, logical way of talking about meaning", and enthused about Matthew Guzdial's use of machine learning techniques "to blend famous Nintendo games together".

"If he could build a database of every Nintendo game, or every console game from the eighties, the things his system could do are just unimaginable. I’m so excited about the future of those projects." For the time being, though, Mike is adamant about sticking to his own path. "For Angelina I want the opposite. I want small data." 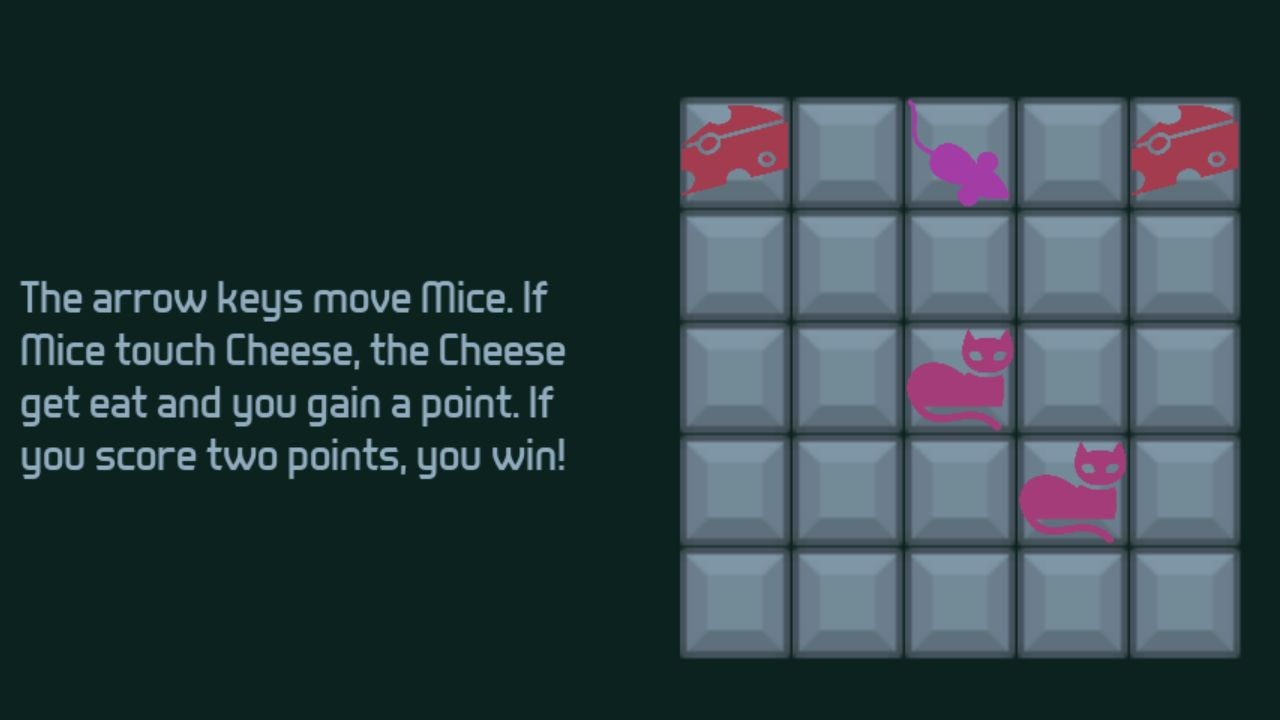 "I hope so, that’s the dream. I think it’s possible. The easiest way to do it would be scale: it would be a game with the size and complexity of a Paradox grand strategy game, but feels like Spelunky when you’re playing it. You’re just marvelling at this huge intricate clockwork machine that feels simple when you’re actually playing. That’s one way of doing it."

If we ever see such a game, it seems likely that other automated design projects will get their first. But they won't have what Angelina has: a connection not just with humanity, but with communities and individuals. Angelina is already a designer, but it has the potential to become a producer, a mentor - or even a games critic. Yet another of Mike's plans is to launch an AI journalism competition. In another context that might seem absurd, but now the idea strikes me as a natural extension of his philosophy.

Whatever form Angelina takes, one thing is sure. It's going to be fascinating.