Everyone's away this morning, all off larking about at EGX Rezzed, basically just playing games and chatting as if any of that is work. I'm at home/work in Scotland so the least they can do is tell me about their holiday. Which is why I've forced that mob to text me updates from their day: what they've played; what they've seen; what they've done; and, most importantly, what they've eaten. Yesterday was all about pizza, so let's see what's going down (or coming up? given that last night was the big pub drink-o-chat) on day 2 of the London games show organised by our corporate siblings and ourselves.

Brendan
I'm very tired. Last night at our aftershow Mixer, former RPS man and noted Crusader Kings liker Adam Smith invited everyone back to his hotel bar. I refused. And yet somehow I think my soul departed my body and went with him. Does anyone have a spare soul?

Alec
I ate a very nice apple on the train 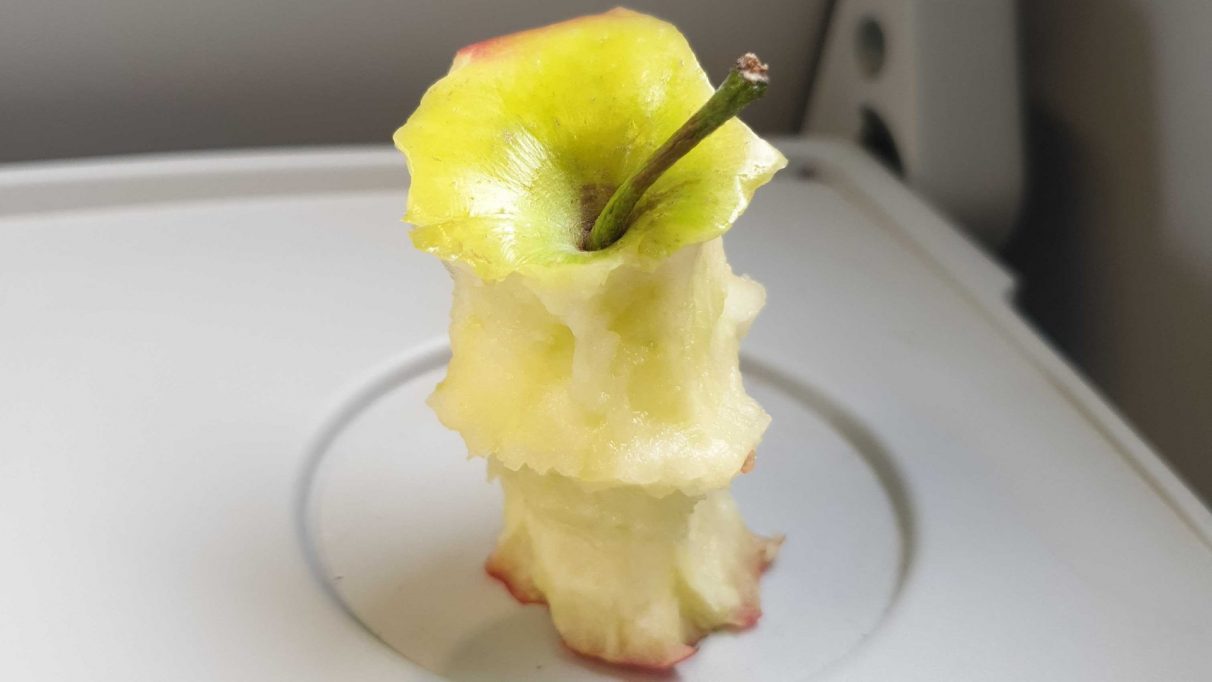 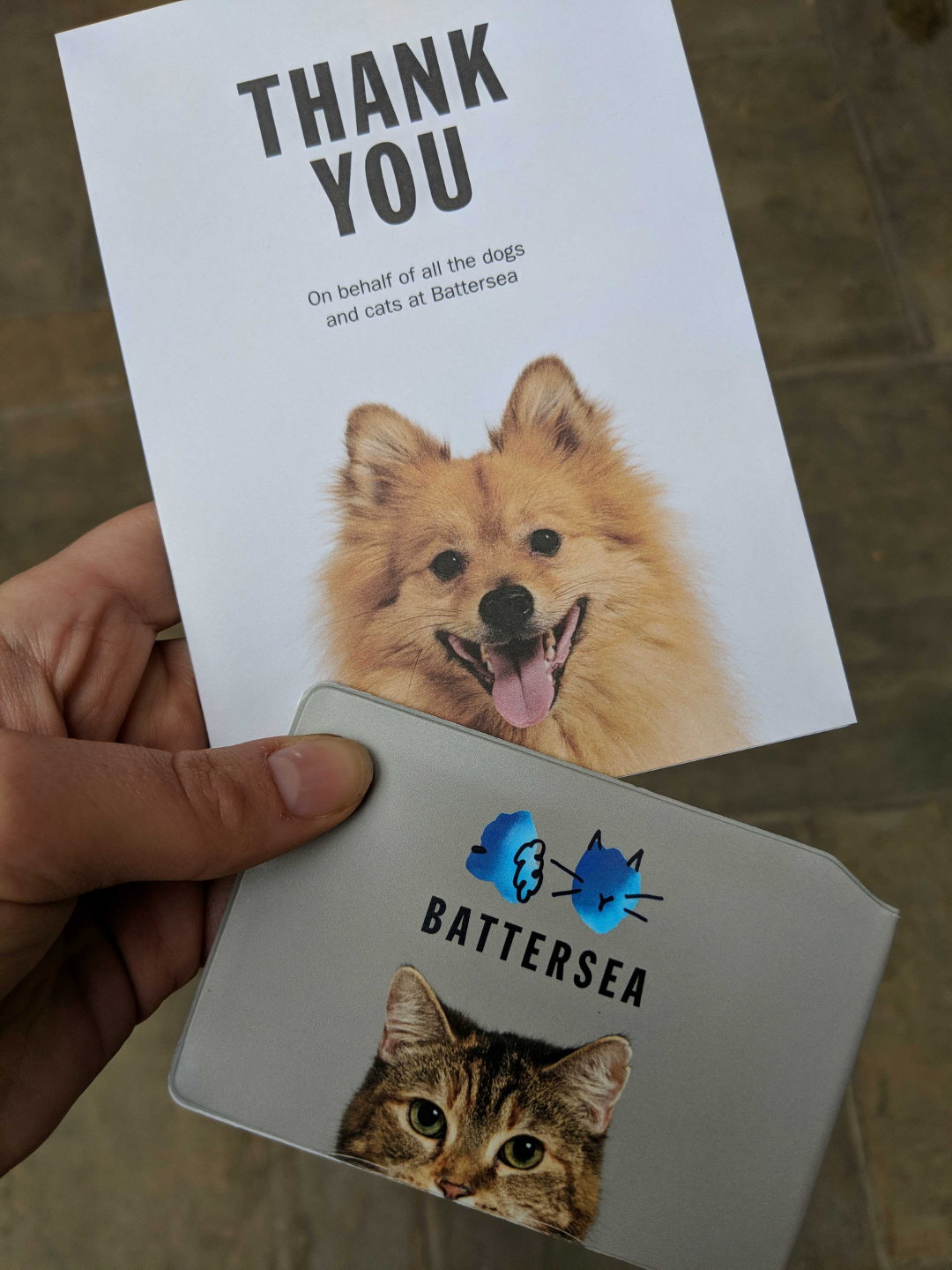 Alice O
Can I donate money specifically to that dog? It deserves it. How do I leave everything to that specific dog in my will.

Alice L
I'll go back and ask the nice vegan man.
Why am I like this. Why is this so on brand. Who organised them to be here. Was this a trick.

Alice O
Some YouTube prankster will jump out shouting "OHHHHHH! YOU JUST DONATED TO A CHARITY! PSYYYKKE"

Alec
I walked across Tower Bridge instead of taking the tube, and seeing all these people taking the exact same selfie made me realise that we are all just pre-programmed meat living an illusion of purpose
Also I am very close to the venue and suddenly there are so many men in black hoodies

Alice O
What colour is your hoodie?

Alice Bee
Kieron turned up and accidentally poured an entire pint over Jonty Hicks, our Proper Boss
I had a great chat with some people from Studio Zaum as well. They're very cool.
Then I went home. Only to return to the Tobacco Dock today
This time I've got em though
I brought a packed dinner
*taps nose because I am in the know*
This morning when they were starting the pizza ovens they were blowing wood smoke everywhere
Still haven't played any games ?

Alice O
That's our Kieron.
You can take the man out of RPS etc.

Alice O
On the bright side, you could just swipe the hat from someone in the front row and piss into it. Who's to tell you that's not the correct solution?

Brendan
Nate and I just found a suspiciously large bag of sweets in the staff room. 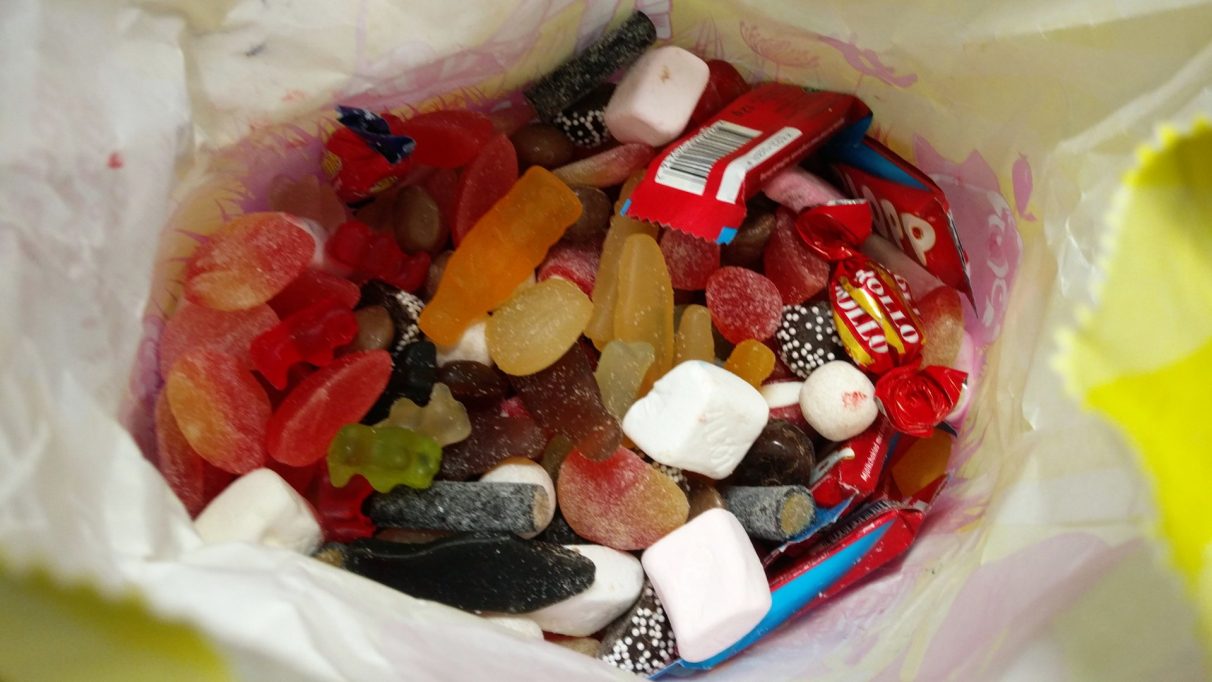 We have only taken a few. Honest. 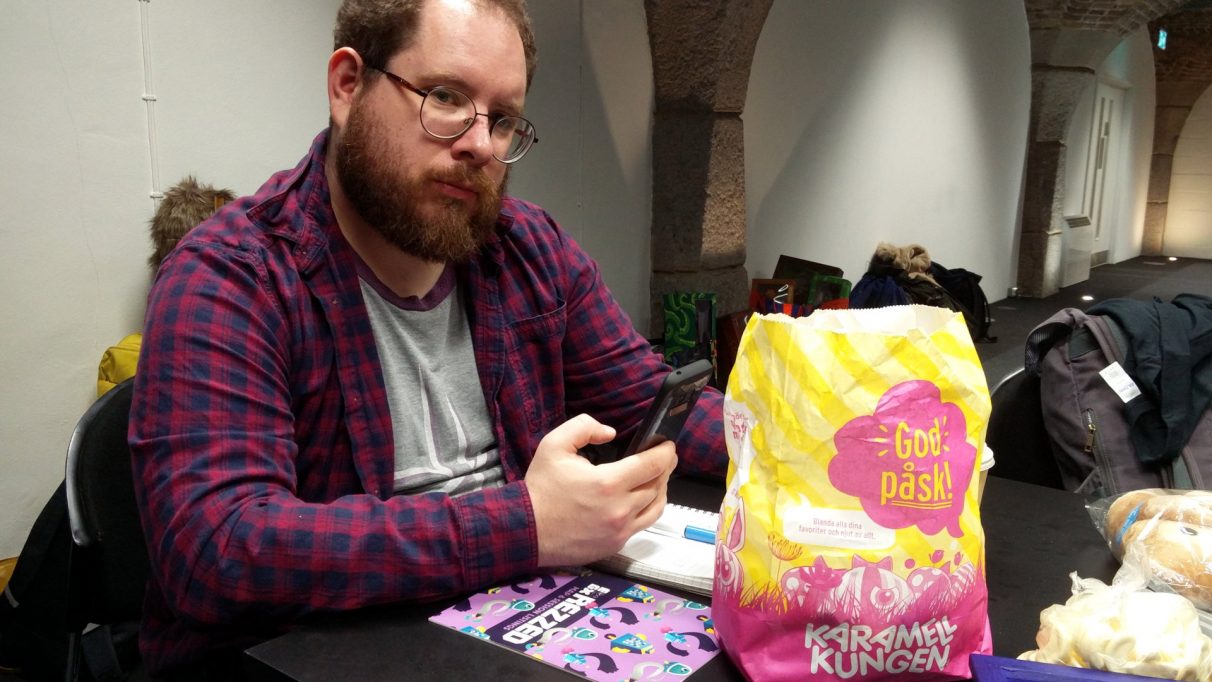 Matthew
I played Divinity Fallen Heroes and applied the know-how from our 26(!) and counting episodes of Let's Play D:OS2 to truly whomp it. Fired some ice shards into a ballista, turned Lucian into a cow and set him on fire and then had one of the new rifleman enemies (guns are in Divinity now) kill my archer. Then I got a free can of fizzy drink and worried about PR/journo collusion, so got the hell out of there. I give the demo 5 delicious Cokes out of 5.

Dave
Heave Ho is all fun and games until the blood splurges from a falling friend hits your face.

Alice O
And in the game.

Dave
Hahaha!
Also, I drank some Glurp and won the alien Olympics 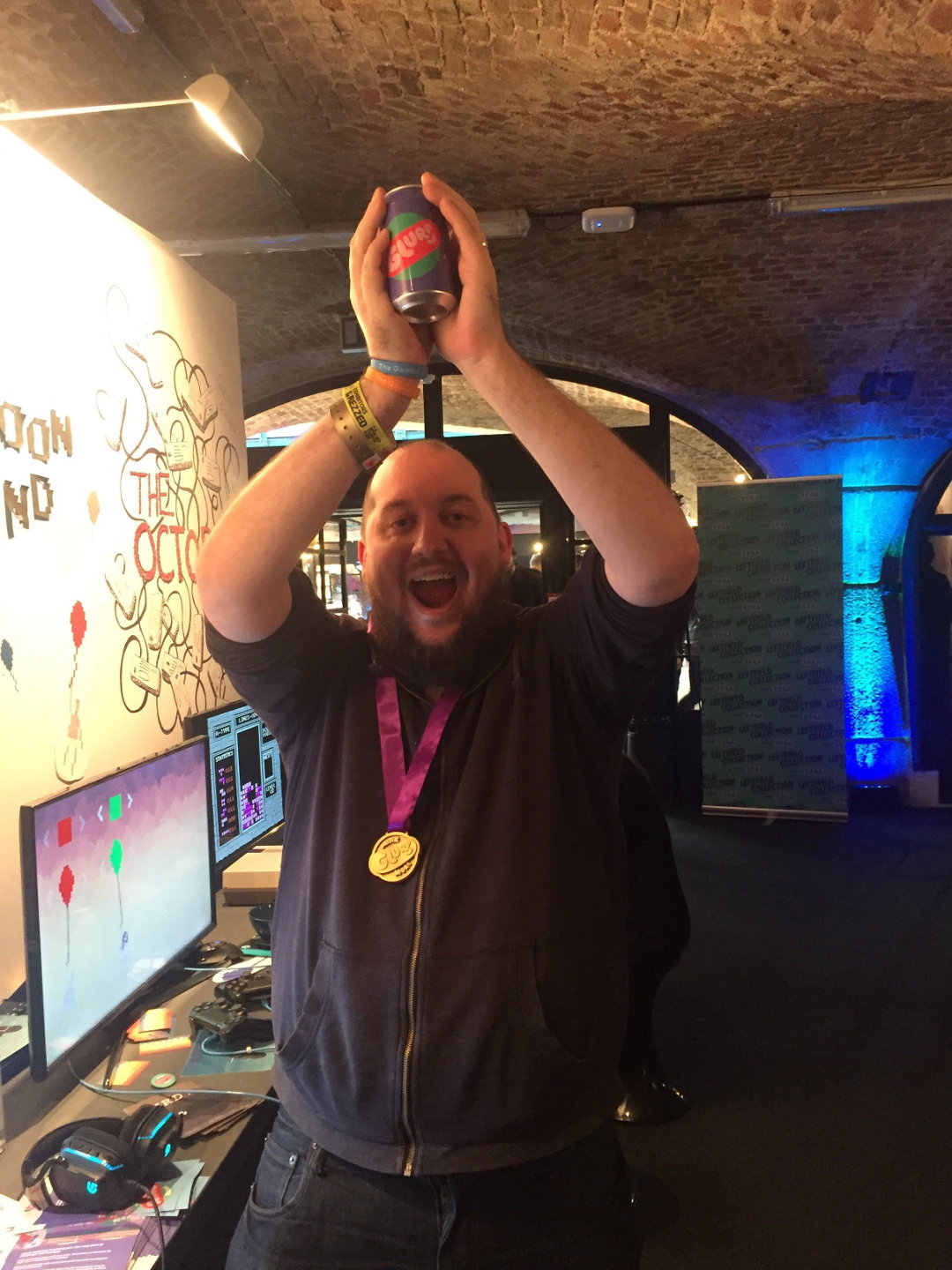 Alice O
Now you have to face Matt in a Glurp-off to see who's the Glurpiest.

Dave
If I can find him!

Matt
I bumped into Ollie and immediately made him play Kids, a game about death, crowds, and poking people until they fall into a pit 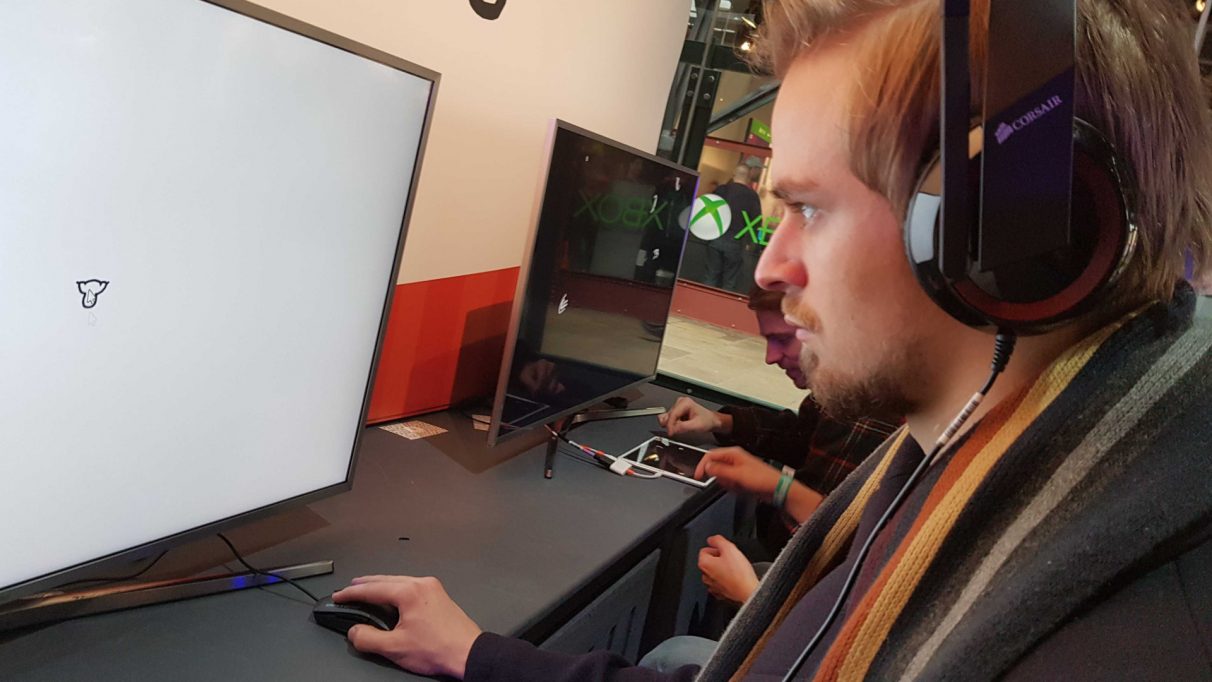 His expressions have been A++

Alice O
Did you know Dave also won the Glurp medal? You should face him. As far as I'm concerned, he's as good a Glurper as you.

Matt
The Glurp-off will commence tomorrow