You probably know what to expect when you load up a game called The Evil Within [official site]. There will be a bunch of logos before you get to the menu and at least one of them will involve barbed wire, splattered blood and sinister fonts. The logo for the first game turned some of the letters of the title into a nail that was variously plunging toward an eyeball or piercing a brain. Of course it did. That's what horror games do.

When the horror games in question are made by Tango Gameworks, though, there's something else in between all that noisy violence. A cheeky cartoon snail...doing a poo?

I met a ghost last night. It sang and giggled and walked through walls. As you might imagine, I was quite upset by the experience; throw a ghost into a sea of zombies and you're going to get a reaction out of me. It's a change of pace and a change of ruleset, as if to say, “you've figured out how to deal with this particular set of horrors, but can you deal with something altogether different?”

This ghost is startling, that's for sure, and it appears at the most inopportune moments. It's all par for the course though really; if this sequel turns out to be as wide-ranging in its embrace of horror sub-genres as its predecessor, I'll see stranger things than this banshee-like figure before the end credits roll. But no matter how many limbs and mouths the things that go bump in the night have, I doubt any of them will be as weird as that snail.

It's the logo for Tango Gameworks, the studio that made the game. Every time I see it, in animated form as the game loads, I have to remind myself that I haven't inadvertently clicked play on a nineties-style 3d platformer. It crawls across the screen, looking cute as heck with its googly eyes, and leaves a trail of unnecessary ellipsis that are almost certainly supposed to be a slime trail, but that I've always thought of as tiny poos to the point that I can't see them as anything but tiny poos.

Perhaps it'd seem less incongruous if Tango had been founded many years ago and had worked on all manner of games before releasing The Evil Within. Maybe a background in mobile games, or in licensed family-friendly entertainment. But, no, this is the studio built by Resident Evil creator Shinji Mikami. He left Capcom so that he could have more creative freedom to direct his own games and, lo and behold, Tango's first commercial project was The Evil Within, a gory, grotesque survival horror game. Their second project was a sequel to the first. 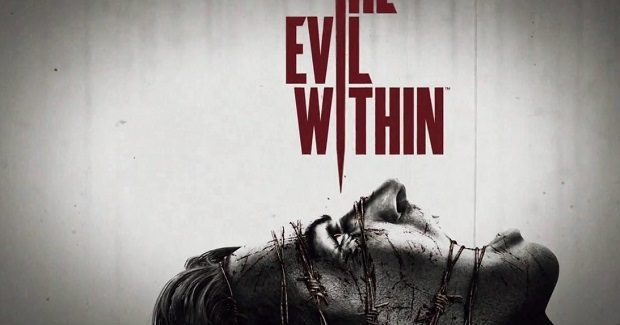 Of course it was. It's what Mikami excels at, and the only surprise is that the studio logo isn't an animation of a flayed man being defenestrated onto a bed of nails.

The snail actually crops up in the first game's DLC as a collectible but I haven't spotted it in the second yet. It's the only part of the lore I care about though – tell me its backstory. I must know everything about its existence. Where does it come from? What does it want from us? Why is it so cheery despite its proximity to the horrors of The Evil Within? Is it pleased by the pain and suffering that it heralds? 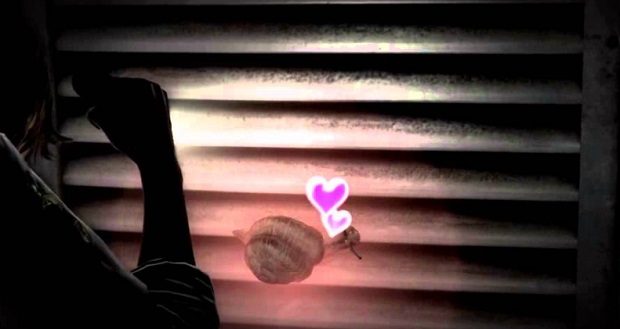 Whoever you might be, I love you too, tiny pooping snail.