A is for Alphabetised wargame and sim news. Every four weeks or so I hang up a streamer of industrial strength fly paper in The Flare Path dunny and see what wargame and simulation news stories stick to it. Below is this month’s bag – 25 bite-size stories involving virtual vehicles and surrogate slaughter. If you wince when someone calls a locomotive a train, and can put these three battles – Ticonderoga, Tarawa, Trebia – in chronological order, you should probably click where it says…

B is for Boons for bosuns 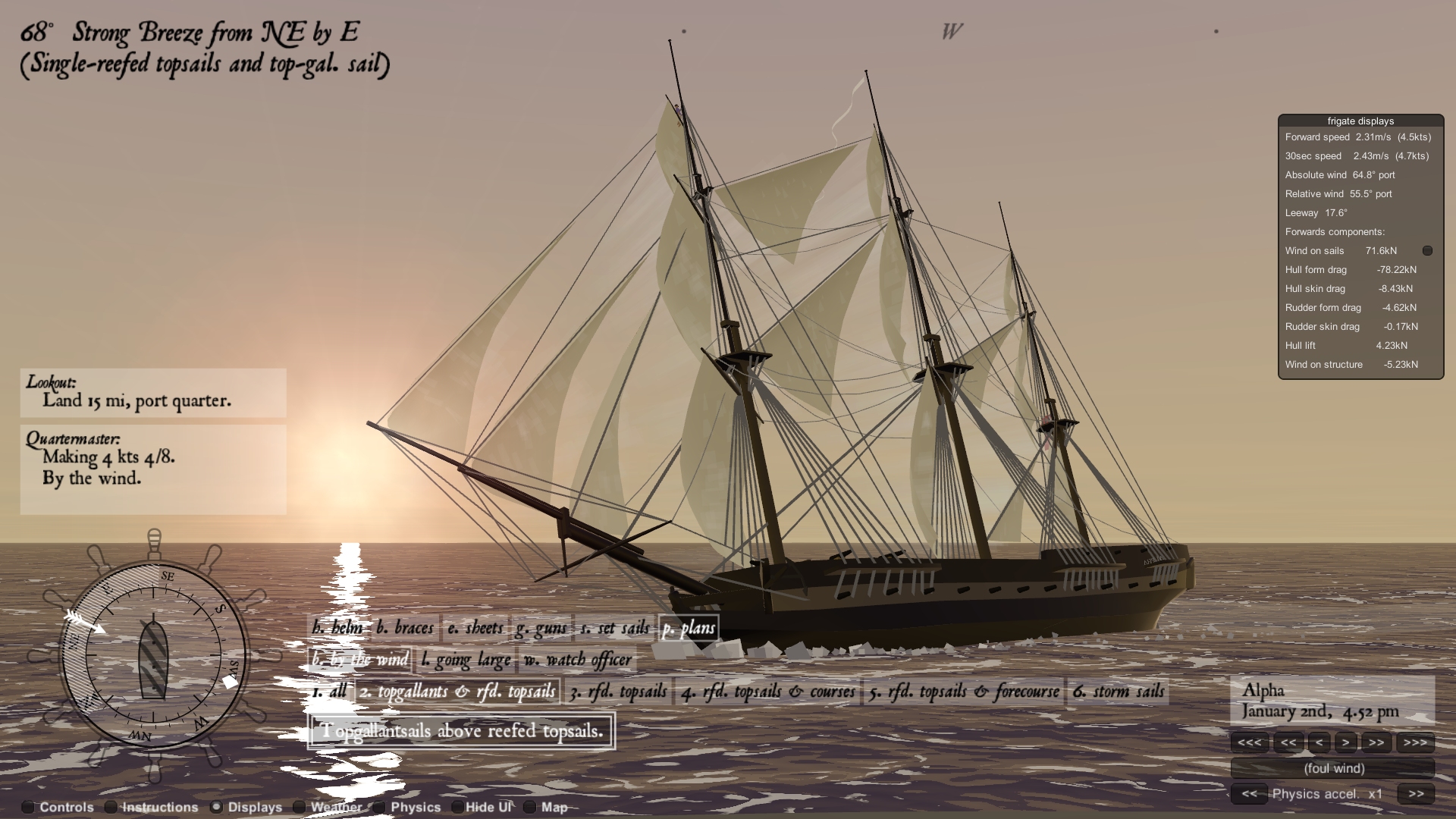 Neil Thapen's sophisticated man-o-war sim A Painted Ocean continues to forge ahead despite being “on hold” according to its itch.io homepage. The latest update strengthens masts and spars, tunes the sailing model, and adds sail management aids and coastal towns.

C is for Cheer for Chars

The long shame of Post Scriptum's Char B1s ended yesterday. Compelled to wear Balkenkreuze since the team FPS launched in 2018, the Gallic trundlers can now fight for the country of their birth courtesy of a free Battle of France expansion called Plan Jaune.

D is for Diver downing 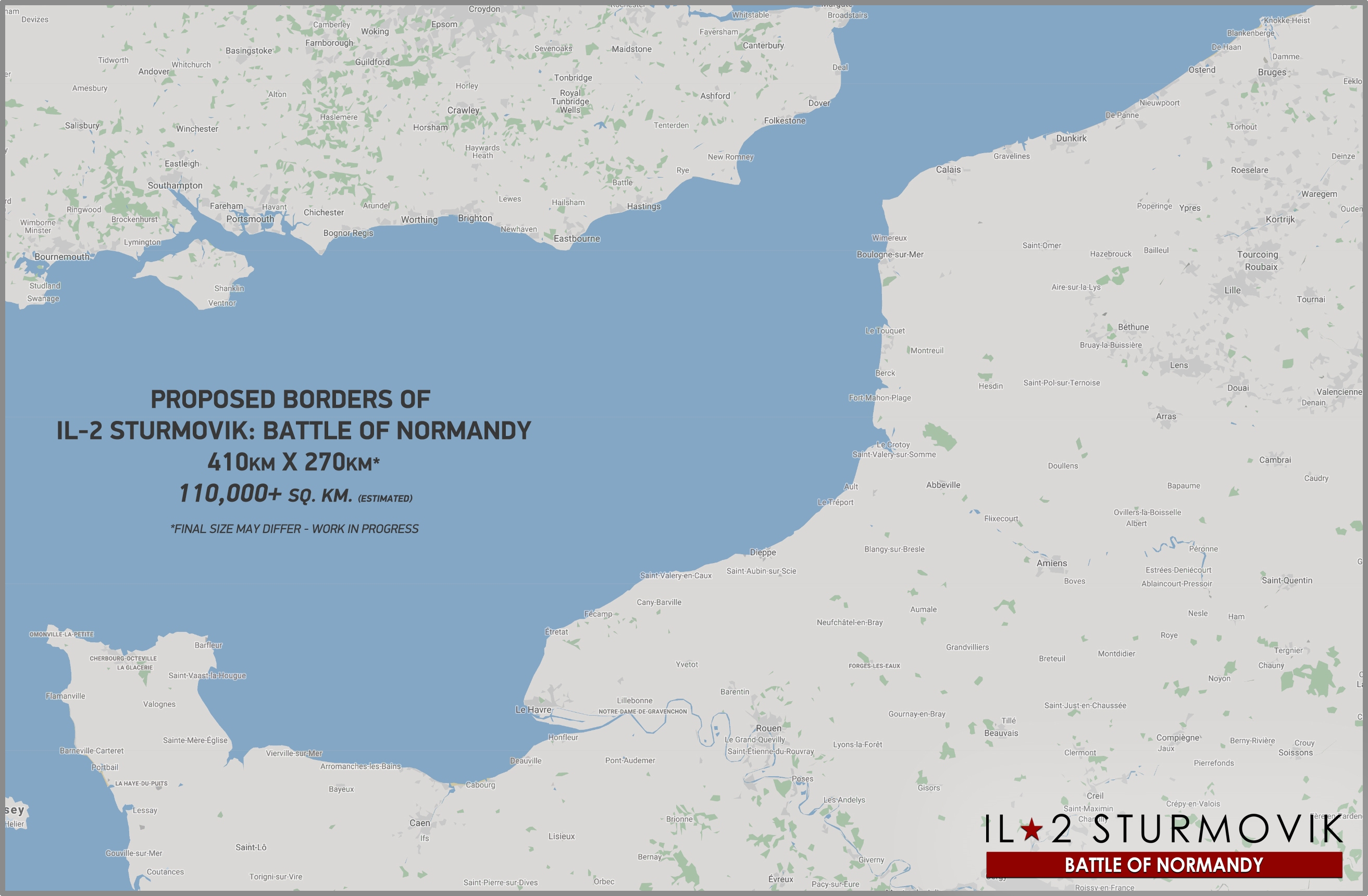 I wonder if the cartographers at 1CGS realise how village rich Southern England is, or how bitterly I'll complain if Nether Wallop, Gussage St. Michael, or Cyril Regis aren't where they should be. Now Battle of Bodenplatte, Flying Circus and Tank Crew are out of Early Access, the makers of IL-2 Sturmovik: Great Battles are embarking on a Battle of Normandy sim with a seriously ambitious/impressive 410km x 270km map. In the light of the meagre singleplayer facilities in Flying Circus, the talk of a career mode and a scripted campaign is reassuring. No doubt the latter will include a few close encounters with the only pilotless aerodyne in the plane list: P-51 B/C, P-47D “Razorback”, Typhoon Mk.Ib, Mosquito F.B. Mk.VI, Spitfire Mk.XIV (Collector Plane), C-47 Dakota (AI), B-26 Marauder (AI), Bf-109 G-6 “Late”, Fw-190 A-6, Ju-88 C-6a, Me-410, Ar-234 (Collector Plane), V-1 Buzz Bomb (AI).

E is for Equal opportunities 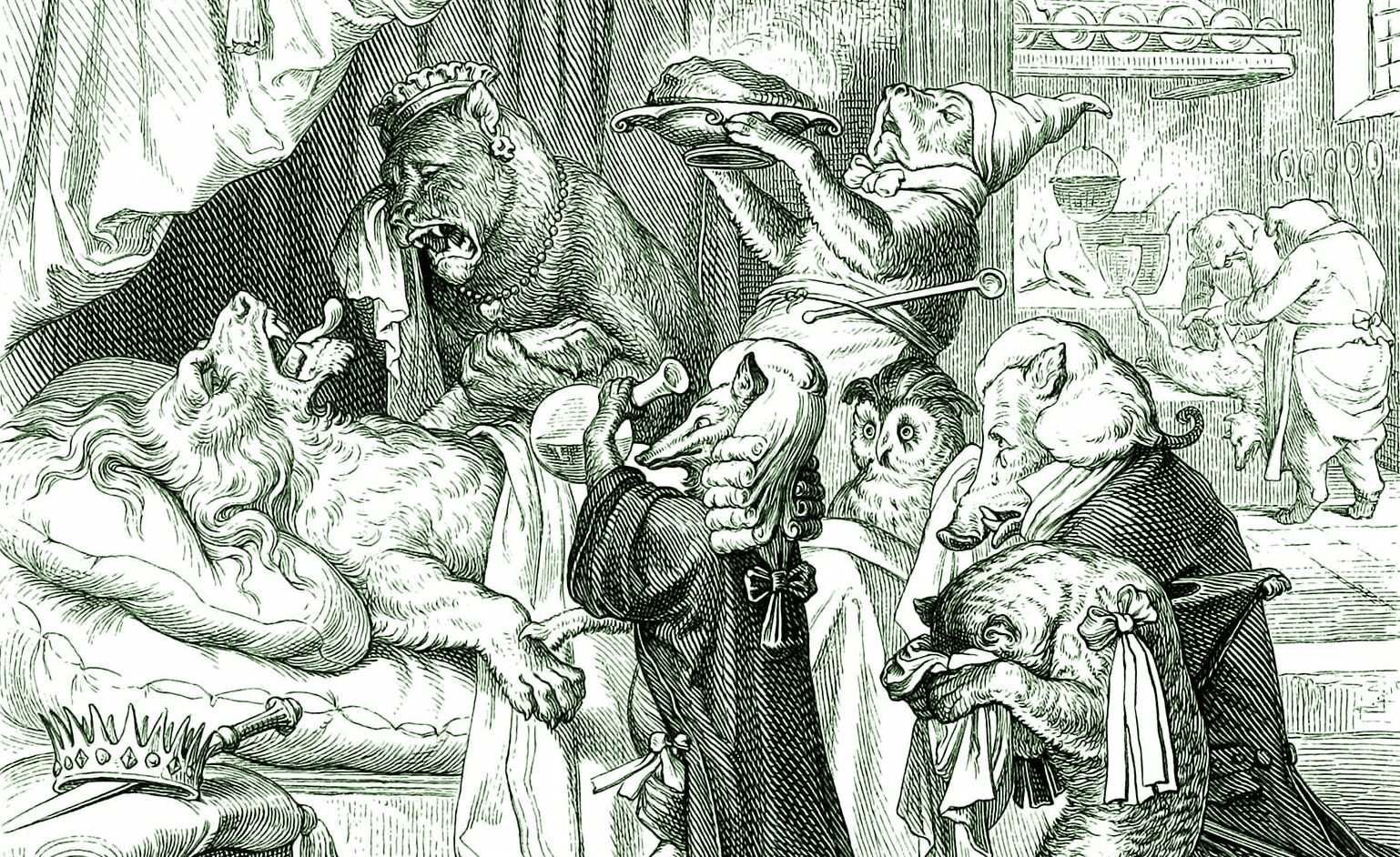 G is for Ghost Recon reborn?

Black Day seems to have slipped past RockPaperShotgun's nattering sentries unnoticed. An Early Access singleplayer tactical shooter with a respectable selection of weapons, maps, and modes, and an attractive price (£11) it looks more than capable of scratching the Ghost Recon itch I'm periodically afflicted by. If you've played it and have an opinion I'd be interested to hear it.

H is for Hidden history 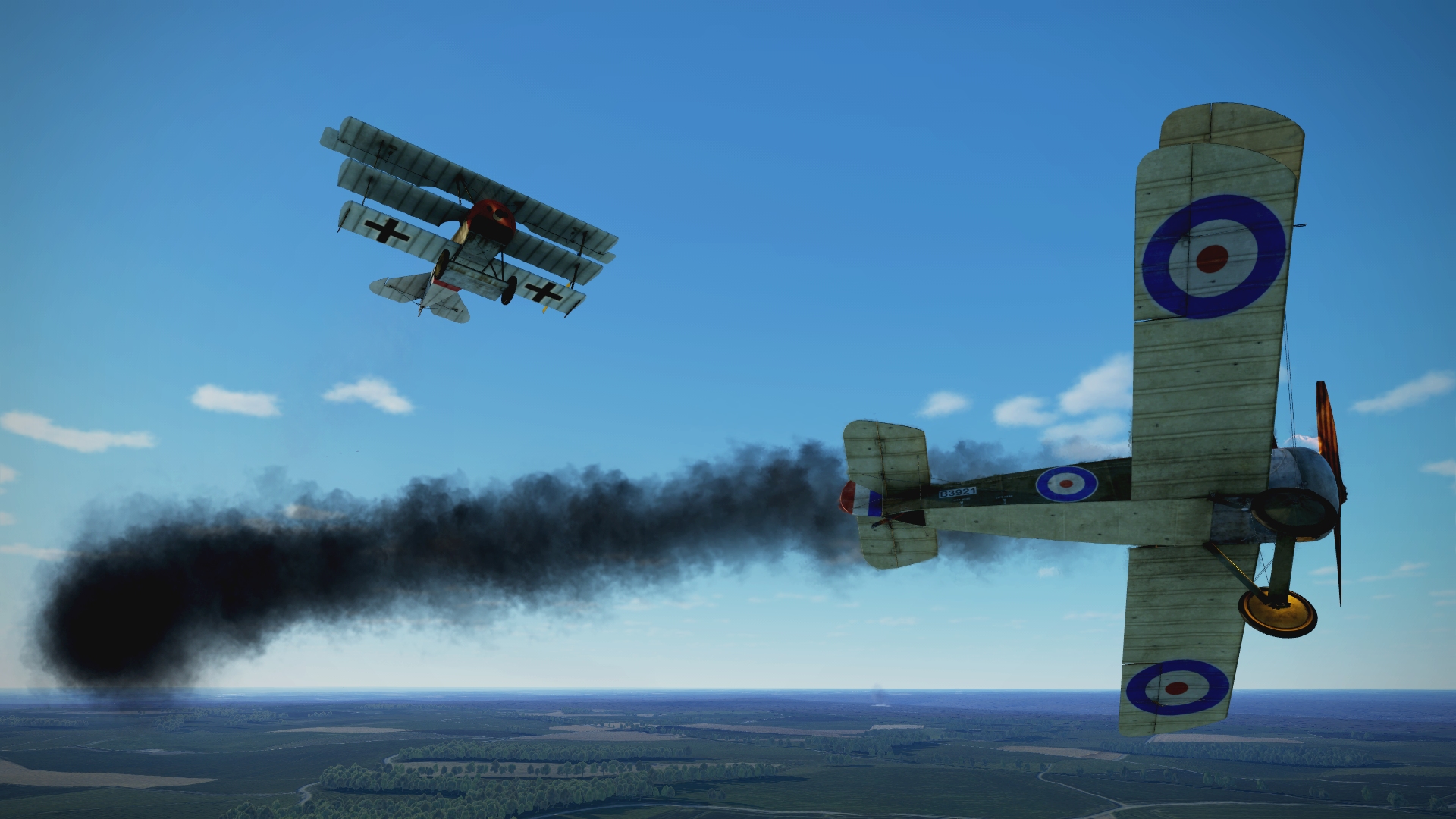 I'm reading The First Great Air War by Richard Townshend Bickers at the moment and a few of its passages have got me thinking about the grim realities WWI flight sims fail to model. In our polygonal playthings parachuteless pilots invariably stay in the cockpits of burning planes to the bitter end. They never jump or opt for a quick death by sidearm. They never clamber out onto wings in an effort to escape flames then reach for the joystick and attempt to sideslip safely to the ground.

I is for Immortality

Like Japanese knotweed, the Tirpitz, and Samnuk-Cherib, Lord of the Ticks, Grand Prix Legends isn't easy to kill. It seems no amount of Assetto Corsas, Automobilistas, iRacings, RaceRooms, and Project CARS will stop the GPL faithful enjoying and enhancing Papyrus Design Group's 1998 classic. Curious about the qualities that inspire such extraordinary devotion? Try the GPL 2020 demo – a new four circuit, ten car sampler.

J is for Justified jaundice 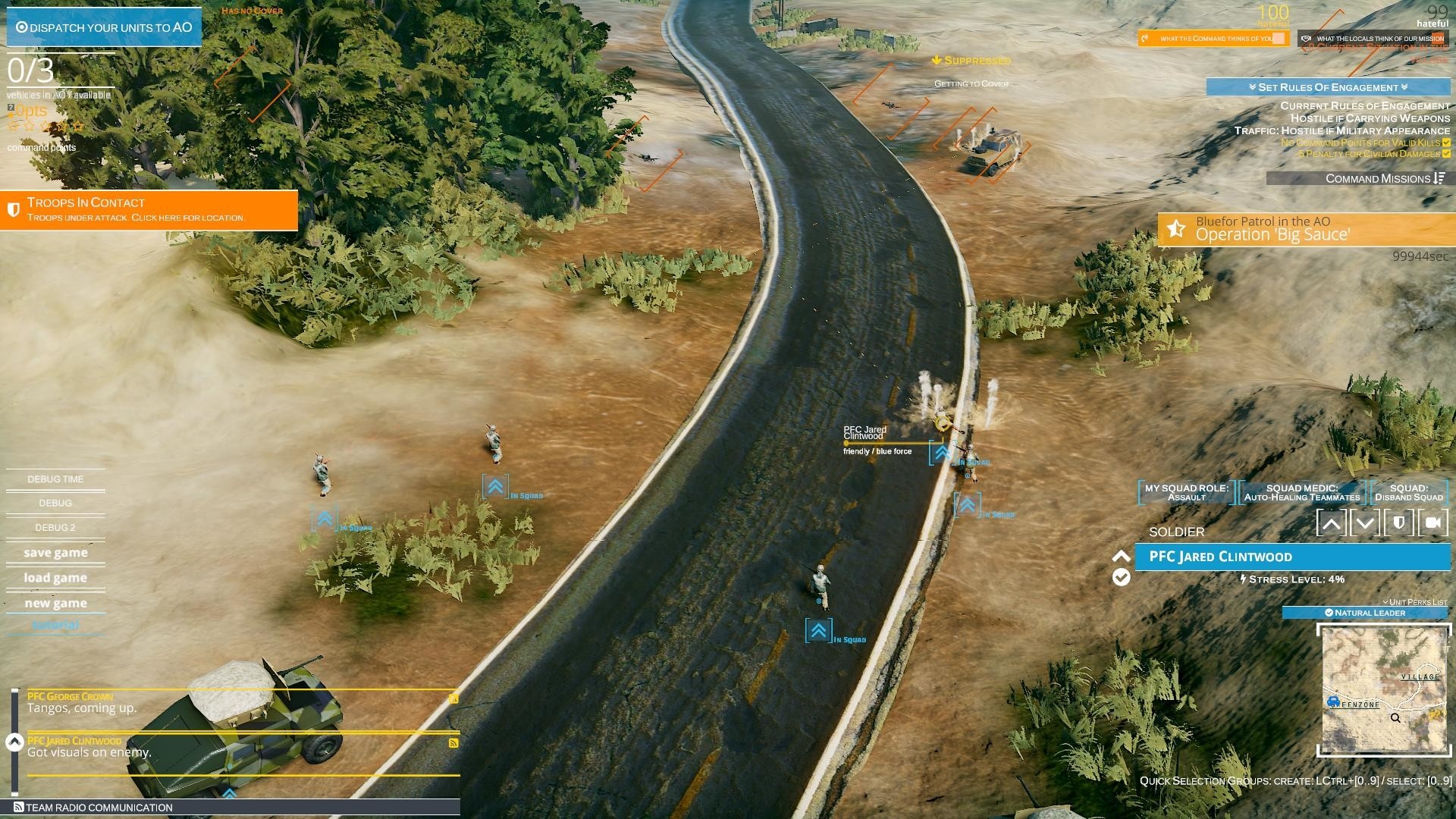 Early Accessible in around a month's time, Invasion Machine, like Afghanistan '11 and Rebel Inc before it, is out to remind us that you can't win a counter-insurgency war by placing your tank factory's rally point next to the region's biggest rebel stronghold then clicking furiously on the "Build M1A2 tank" icon until the dollars run out. Judging by feature list statements such as "Politicians run wars, and politicians only care about one thing - getting re-elected.[] Your real job as the Commander is to make this war look good to the folks back home. Don’t get your soldiers killed, don’t lose too much equipment, and most importantly - don’t let the press see anything that would contradict the official story." this RTS won't skimp on the scepticism or the uncomfortable moral choices.

K is for Killerfish kaput? 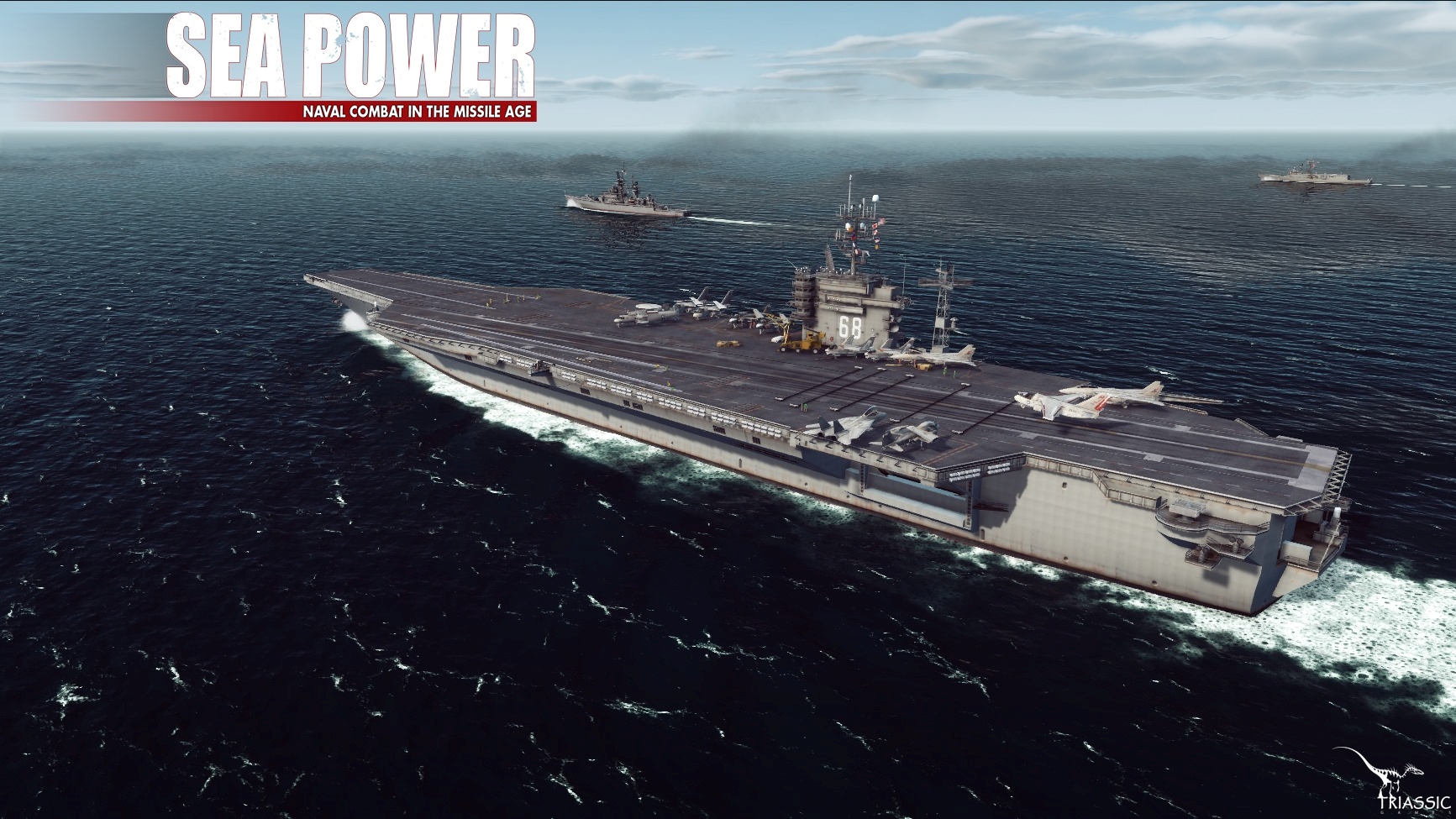 The fact that one of Killerfish Games' co-founders, Nils Dücker, and one of its artists, Przemek Starkiewicz, are now operating under the banner Triassic Games suggests the studio behind ace wet warfare titles Cold Waters and Atlantic Fleet may have gone belly up. Happily, it looks like Triassic are planning to pick up where Killerfish left off. Sea Power, their on-the-stocks debut project, is described as a “naval realtime action-strategy simulation”.

L is for Loco love

Diesel Railcar Simulator's title is beginning to pinch. Having diversified into locos with a lovely free Class 03 shunter back in October, Lapioware is on the verge of adding a much larger British diesel to its brilliant bargain rail sim. Available in beta form at present, the gratis Class 37 comes with carriages and timetabled passenger duties. At present the type's physics are slightly fudged but true diesel-electric engine characteristics are on the way.

M is for Marianas memories 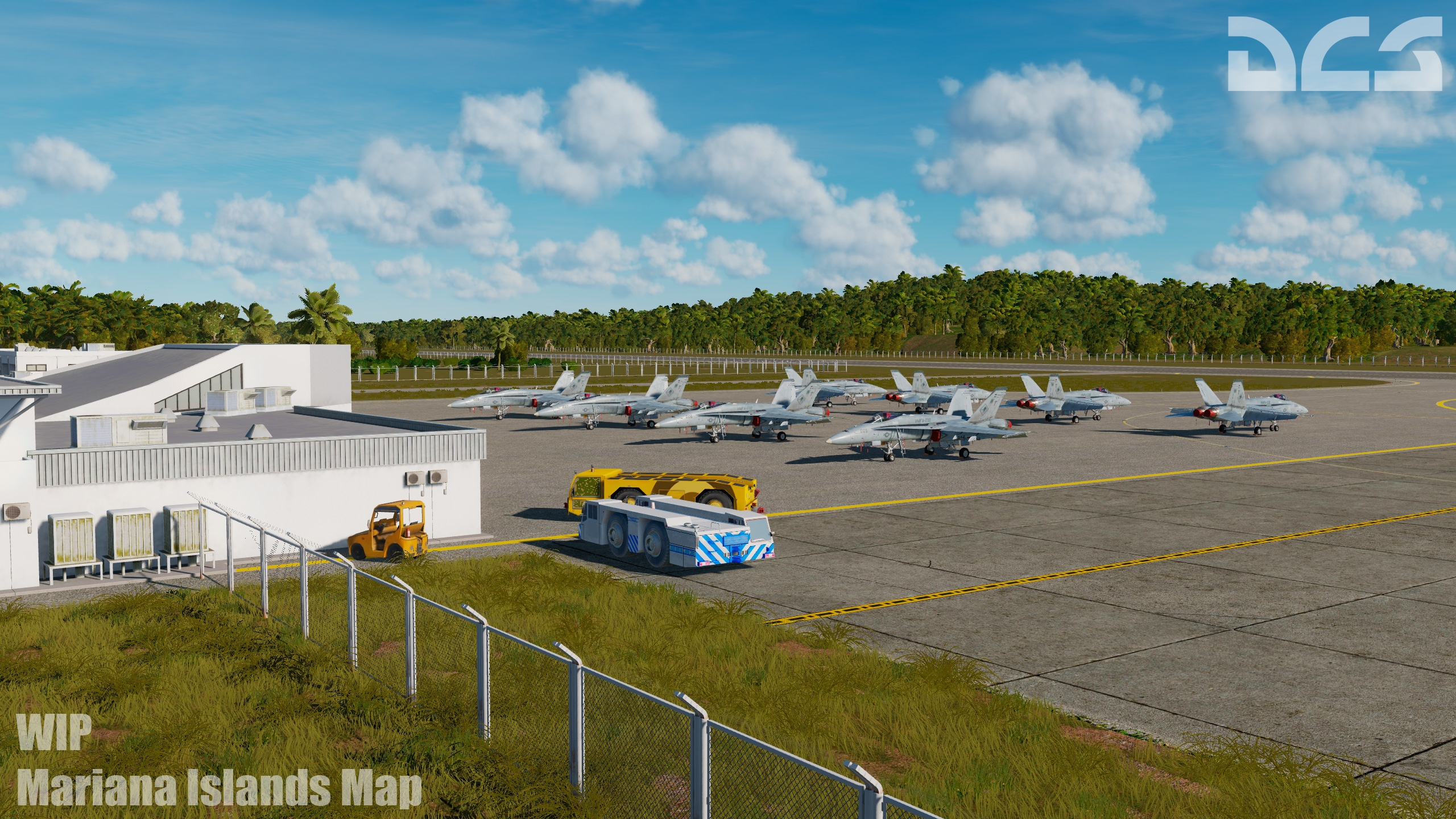 A crescent of volcanic islands midway between Tokyo, Japan and Port Moresby, Papua New Guinea has been selected as the focus of DCS World's second free map. 400km by 400km, the Mariana Islands soar space will include all the populated islands in the titular chain (Guam, Saipan, Tinian, and Rota). Amongst many modelled landmarks will be several abandoned airbases with claims to fame. Enola Gay started and finished her fateful August 6th, 1945 mission at North Field, Tinian, and, on August 14th B-29s operating from Northwest Field, Guam, executed the very last USAF combat mission of WW2.

N is for Nationalists vs. Republicans 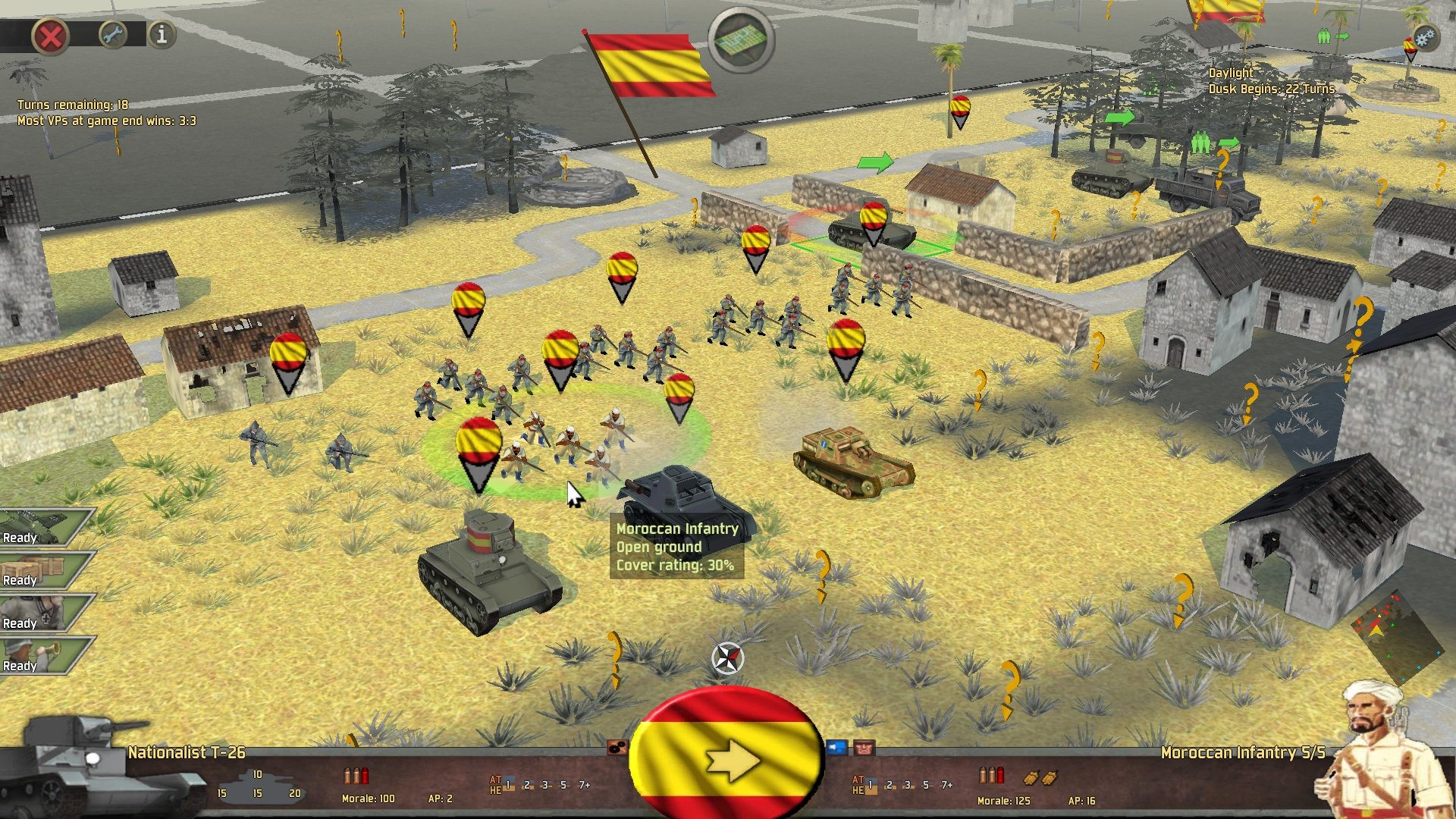 While Slitherine/Matrix DLC some of their titles to within an inch of their lives, a few likely expansion pack recipients never get the add-ons they deserve. A recent skirmish mode mod signposts one interesting road the likeable Battlefield Academy 2 might have travelled.

O is for One from the archives

Because old Flare Paths are susceptible to mildew unless regularly aired and today's deadline is now so close I can count the dandruff flecks on its epaulettes, I think I'll fill this slot with a link to an old column. I didn't have the drive or persuasive powers necessary to make Sim Esperanto a reality but remain convinced it was one of my better ideas.

P is for Peleliu pocket handkerchiefs 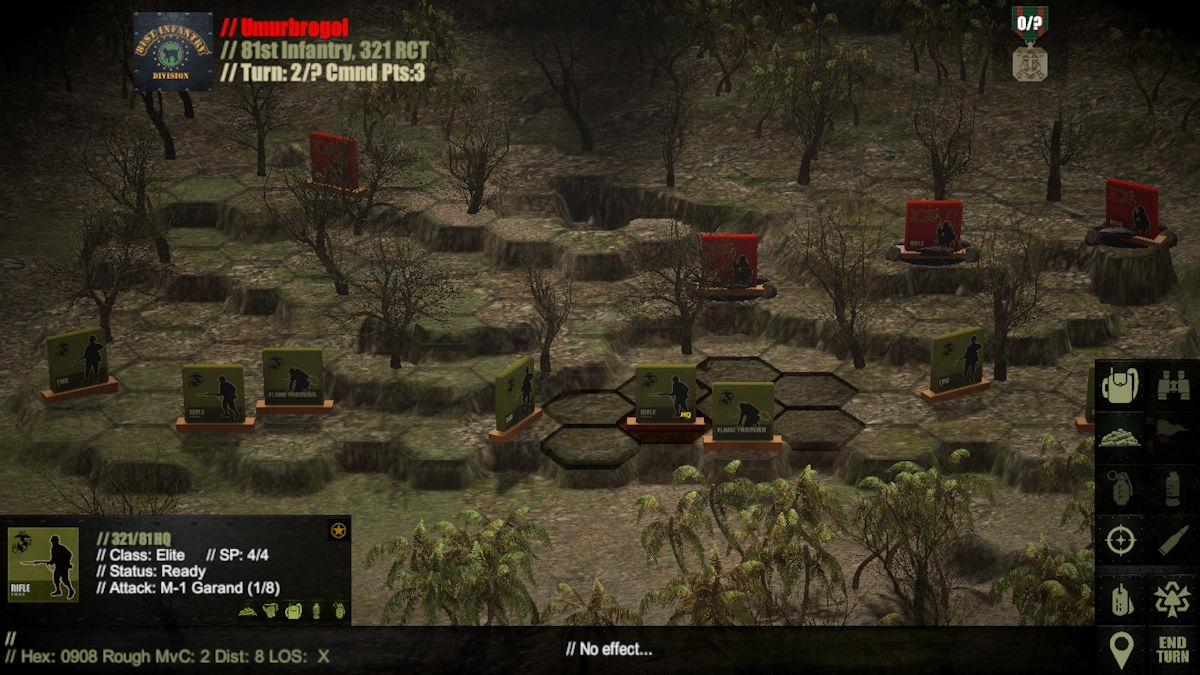 Bloody battles don't always make for engaging wargames. Looking at screenshots and videos of Jeff Lapkoff's latest I don't see much opportunity for tactical ingenuity. The battlefields in Peleliu – The Devil's Island look awfully cramped and linear. If you're interested in a spot of hexy WW2 island invasion I have a feeling you'd be better off with a copy of the elderly Rising Sun (on sale until Sunday as part of Matrix Games' £8 Campaign Series bundle). 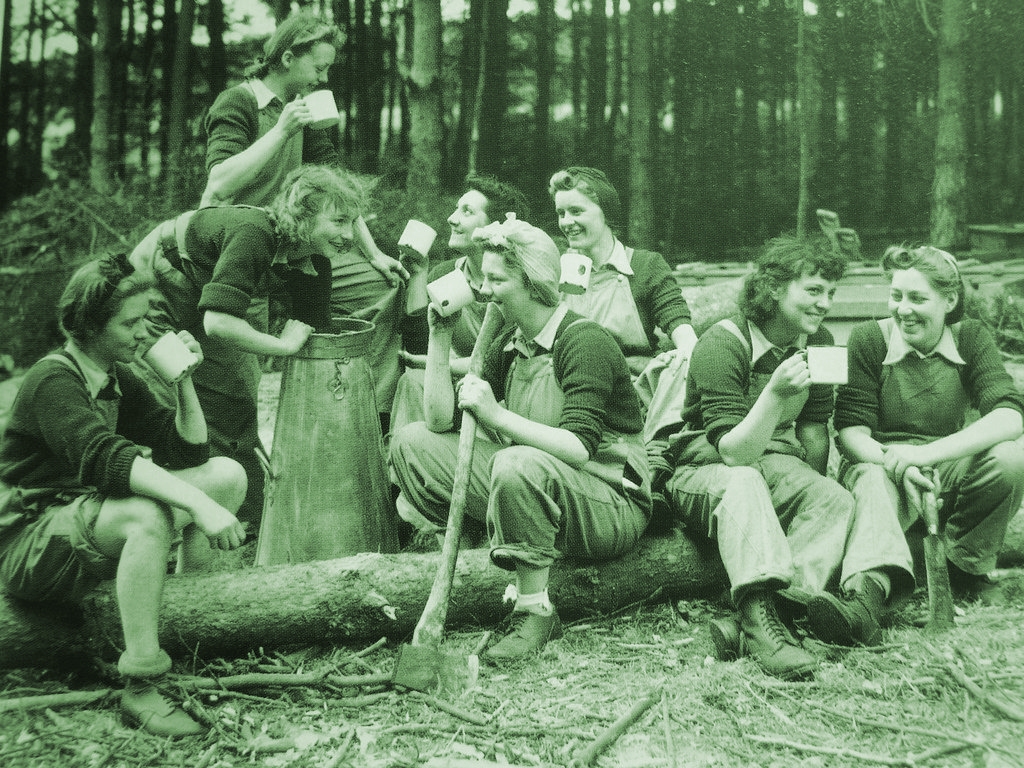 R is for Ripples spotted 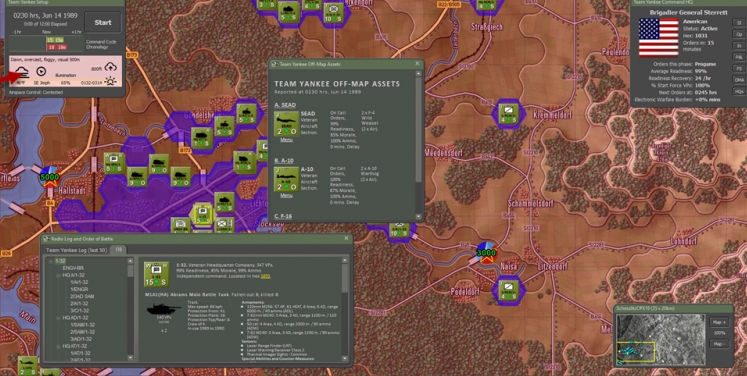 For the past year Flashpoint Campaigns: Southern Storm, the sequel to this acclaimed Cold War hex wargame, has been about as high-profile as a T-72 deep wading the Danube. Information delivered via the dev's new website suggests the behemoth is finally approaching the far bank. Features to look forward to in FCSS include forty South German maps, the warriors and war machines of eight nations, and a host of UI and realism improvements.

S is for Singed panther 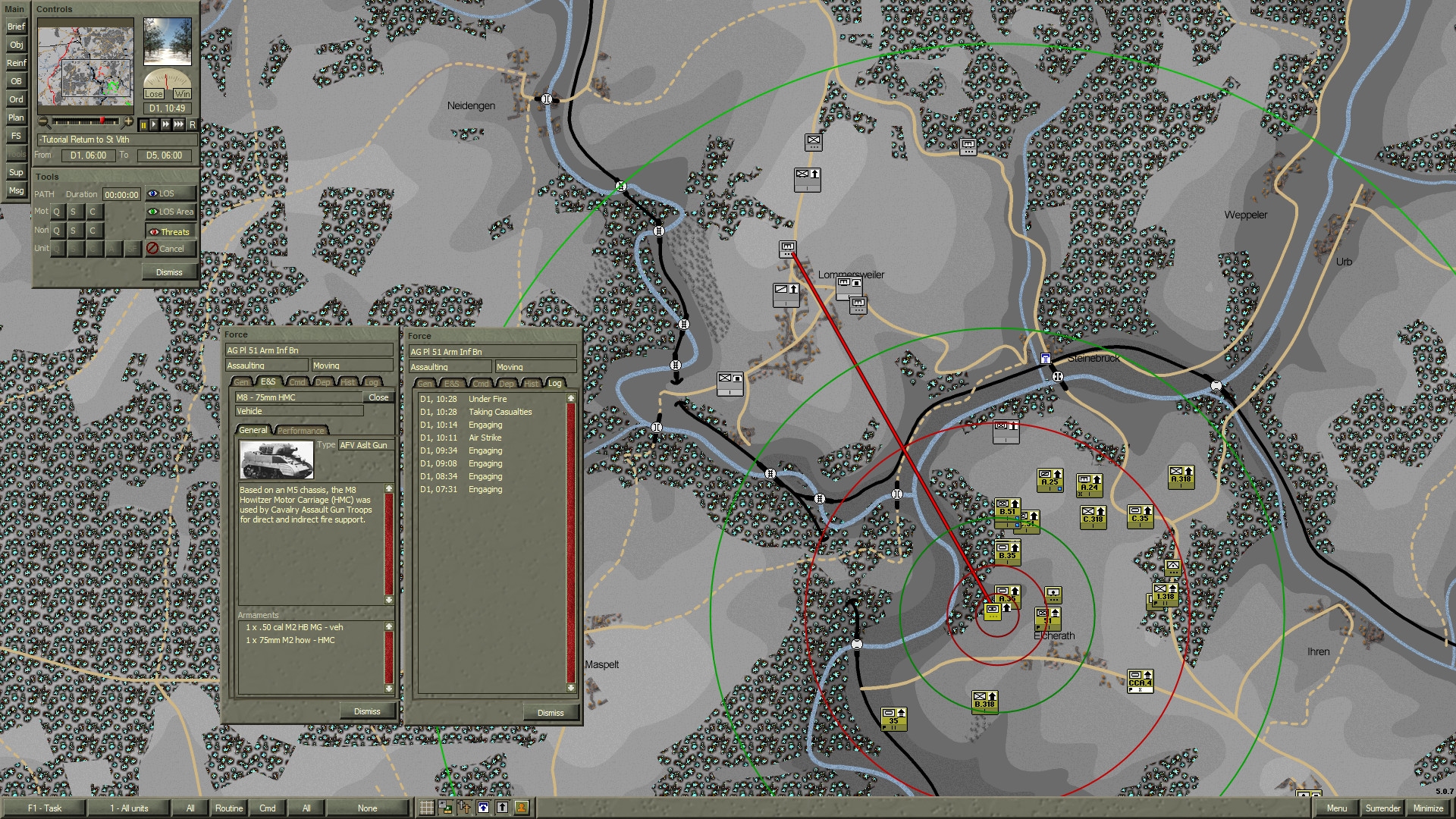 Spare a thought for Panther Games' Dave O'Connor. When he last reported in he was reworking aspects of Command Ops 2's unusually naturalistic AI from a home office in Canberra that was “ringed by fires” and blanketed by asthma exacerbating smoke “fifteen times the normal hazardous level”. The next CO2 update is probably the closest thing we'll ever get to a wargame patch coded under battlefield conditions. 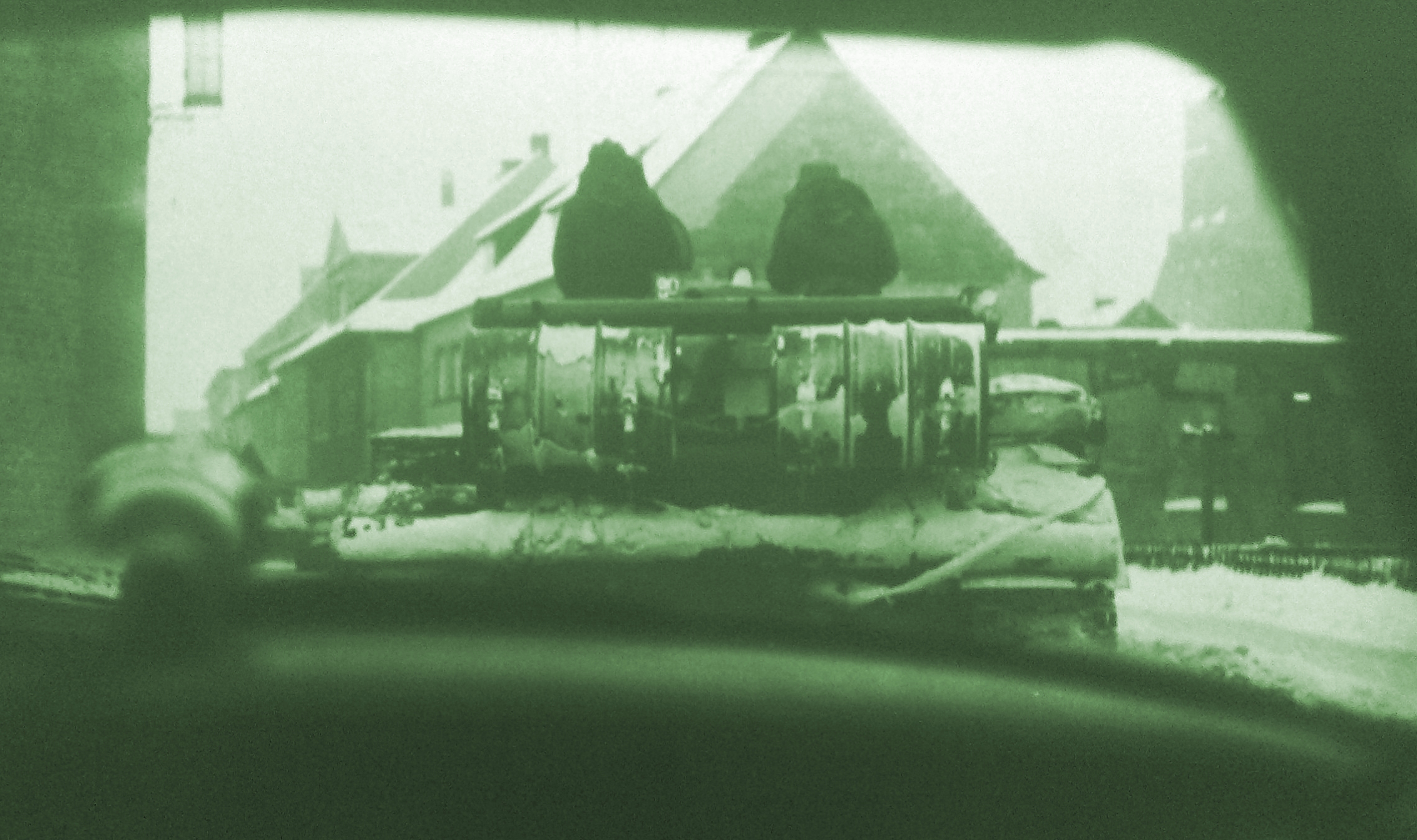 During a recent trip to the Tank Museum at Bovington I stumbled upon a story that was a) completely new to me, and b) ripe for gamification. Nestled amongst the easy-to-overlook glass cases in the newish “Story of the Tank” hall was a section devoted to the Cold War adventures of a BRIXMIS representative called Stephen Harrison. Operating in East Germany in the 1980s, Harrison was part of an intelligence gathering team tasked with, amongst other things, acquiring information on the T-80. His audacious activities led to him being arrested eleven times and fired at twice. There were car chases in training areas, clandestine dump pilfering outings, daring inspections of AFVs in transit, intelligence coups involving apples... why have I never a played a BRIXMIS operative in a PC game?

U is for Underground undertaking 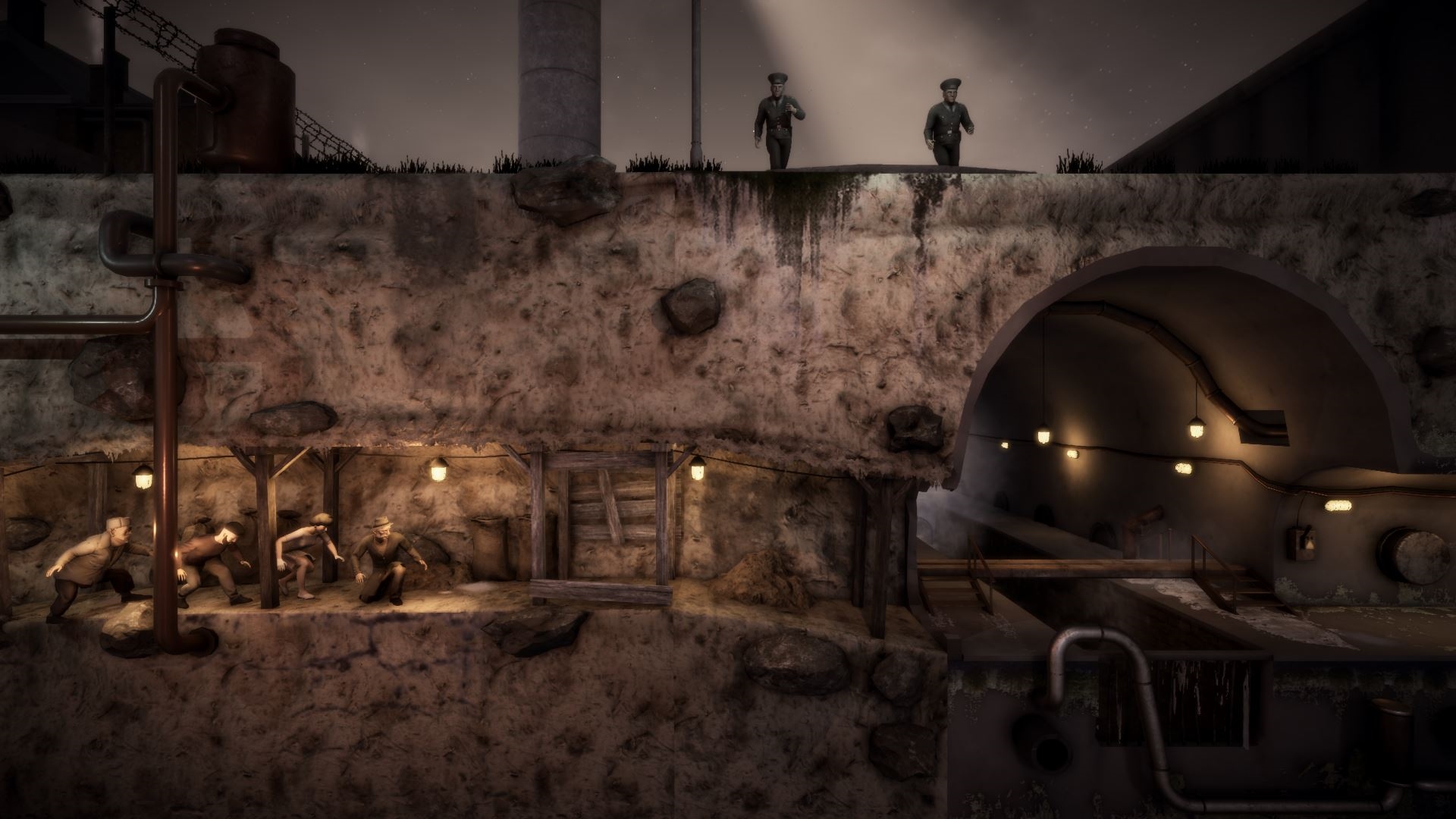 If defect-em-up The Berlin Wall manages to be even half as gripping as recent Radio 4 docu-drama Tunnel 29 then K202 should have a hit on their hands. Hopefully the fact that the Polish devs haven't tweeted or bookfaced in almost a year isn't significant.

V is for Venue poor

Streets of LOTUS, Early Access transport sim LOTUS-Simulator's second official module, adds a low-floor MAN double-decker and theoretical support for a range of other tarmac warmers (trolleybuses, cars, trucks, motorcycles...) but fails to address the game's current lack of recognisable real estate and AI traffic. After sixteen months on Steam, the base sim still feels like a toolbox/testbed rather than a tempting OMSI 2 replacement. 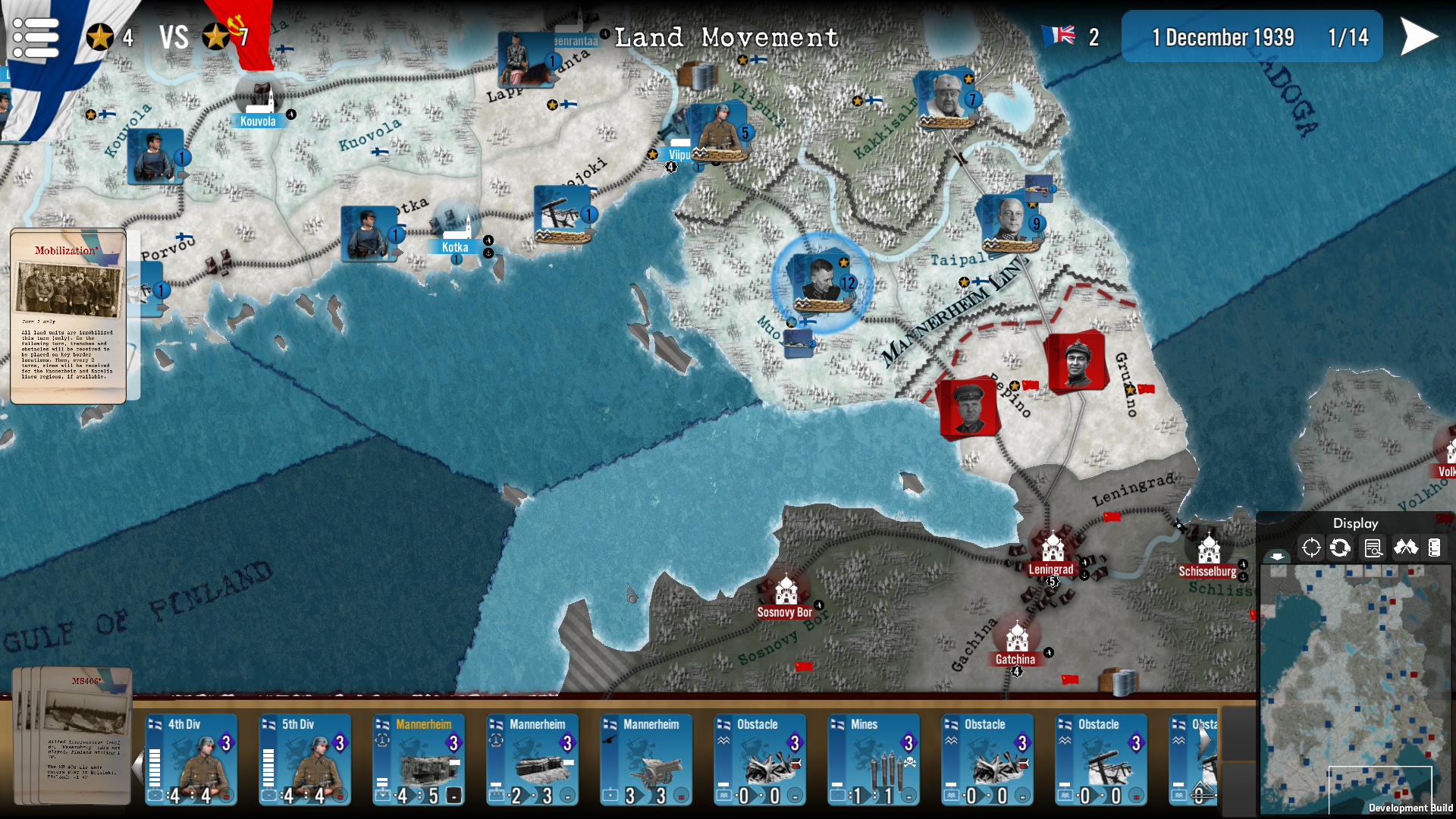 Philipe Thibaut, the man who gave the world Europa Universalis and AGEod gems like Birth of America 2, is looking to smudge the line between board and computer wargaming with his next project. Using an improved version of the Wars Across the World engine (fingers-crossed, AI is at the centre of the improvements) Winter War will include printable components for folk who fancy face-to-face fracas. A similarly versatile Desert War offering is due to arrive soon after the imminent Finland vs USSR title.

X is for Xmas xtras 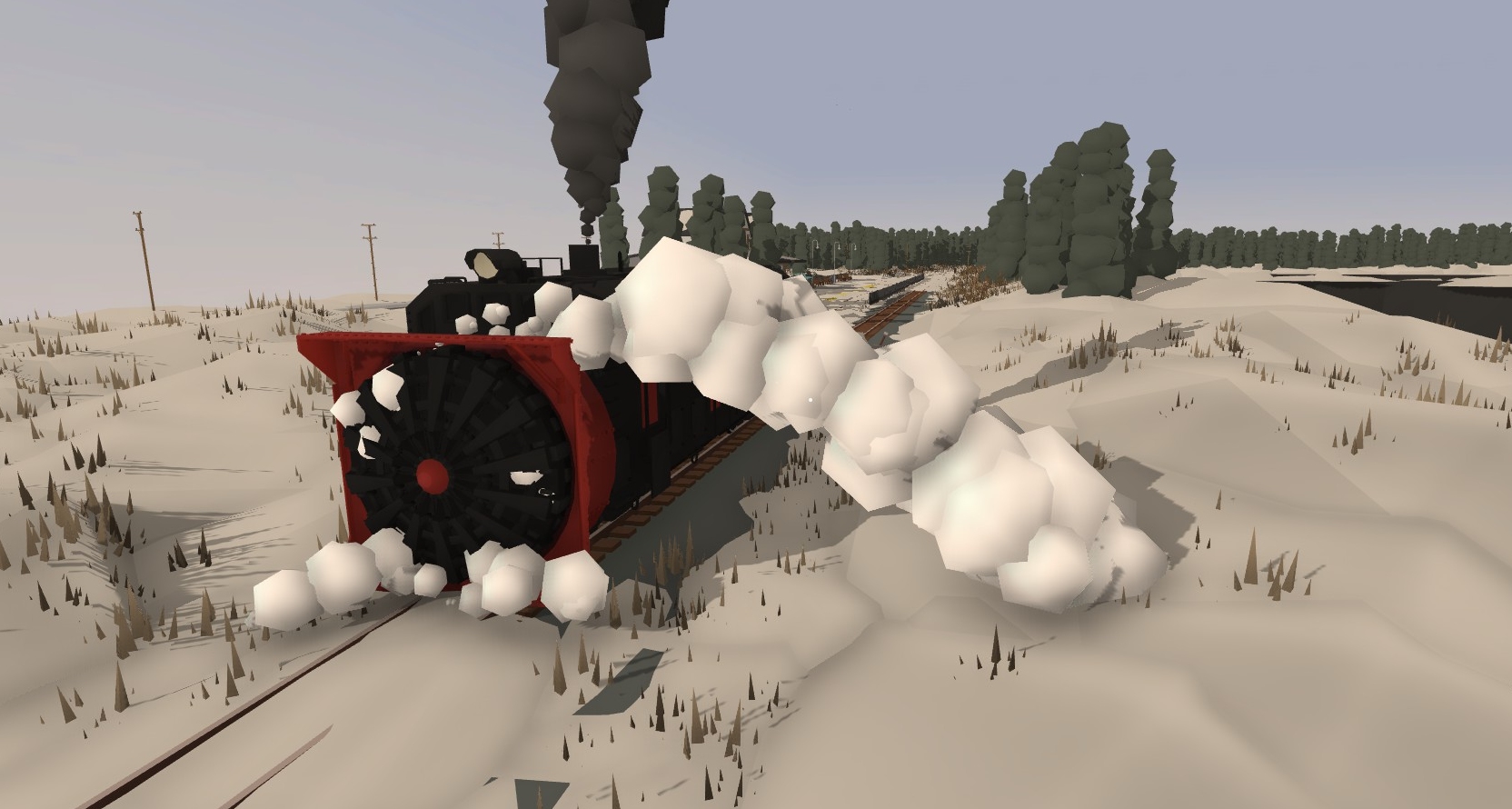 Lazy virtual railway modellers wait for warm spells to clear dynamic snow from Rolling Line's four foot. The energetic/conscientious rummage in their drawers for the attachable snowploughs or self-propelling rotary snowplough added by the Christmas update.

Y is for You clot! 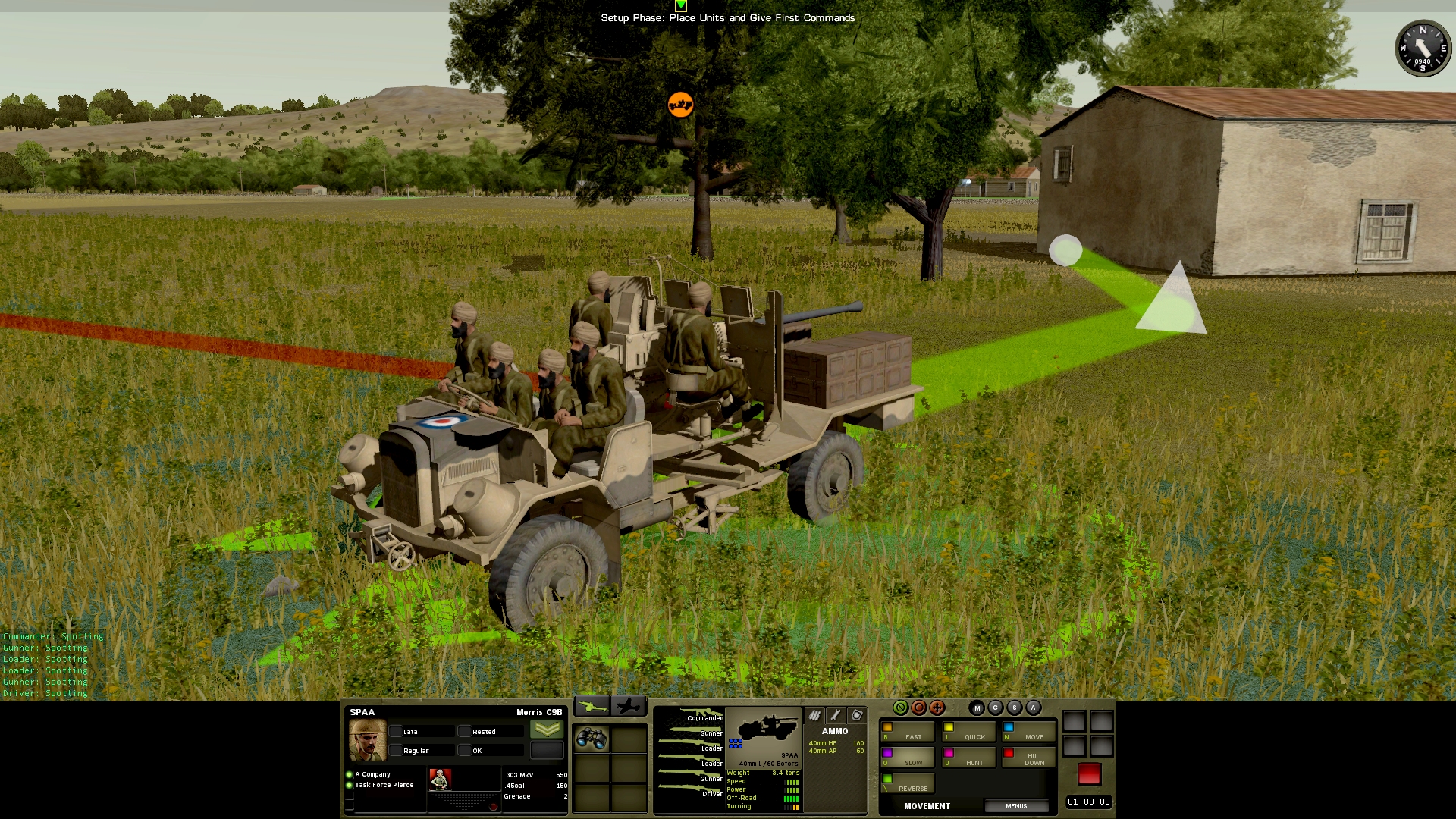 The nebulous plan I hatched over Christmas to AAR one of the scenarios in the latest Combat Mission: Fortress Italy module has been put on ice for the timebeing. Judging by the way my British Shermans and Indian infantry were swept aside in the first Rome to Victory scenario I attempted, I need a lot more practise before exposing myself to public scrutiny. My most embarrassing tactical gaffe involved dismounting an M4 crew so that they could undertake some inconspicuous woodland scouting (in my defence, CM doesn't let you dismount the commander alone). By the time the pedestrians got back to their mount, a passing Panzer had turned it into a fulminating Bessemer converter.

Z is for Zombies

Jomni, the chap who turned the superb Pike & Shot into the superber Sengoku Jidai: Shadow of the Shogun continues to meddle with Byzantine Games' output. His latest modification adds combative corpses to sword-and-sandal slaughter sim Field of Glory II.