B is for Bloody Kriegsmarine! 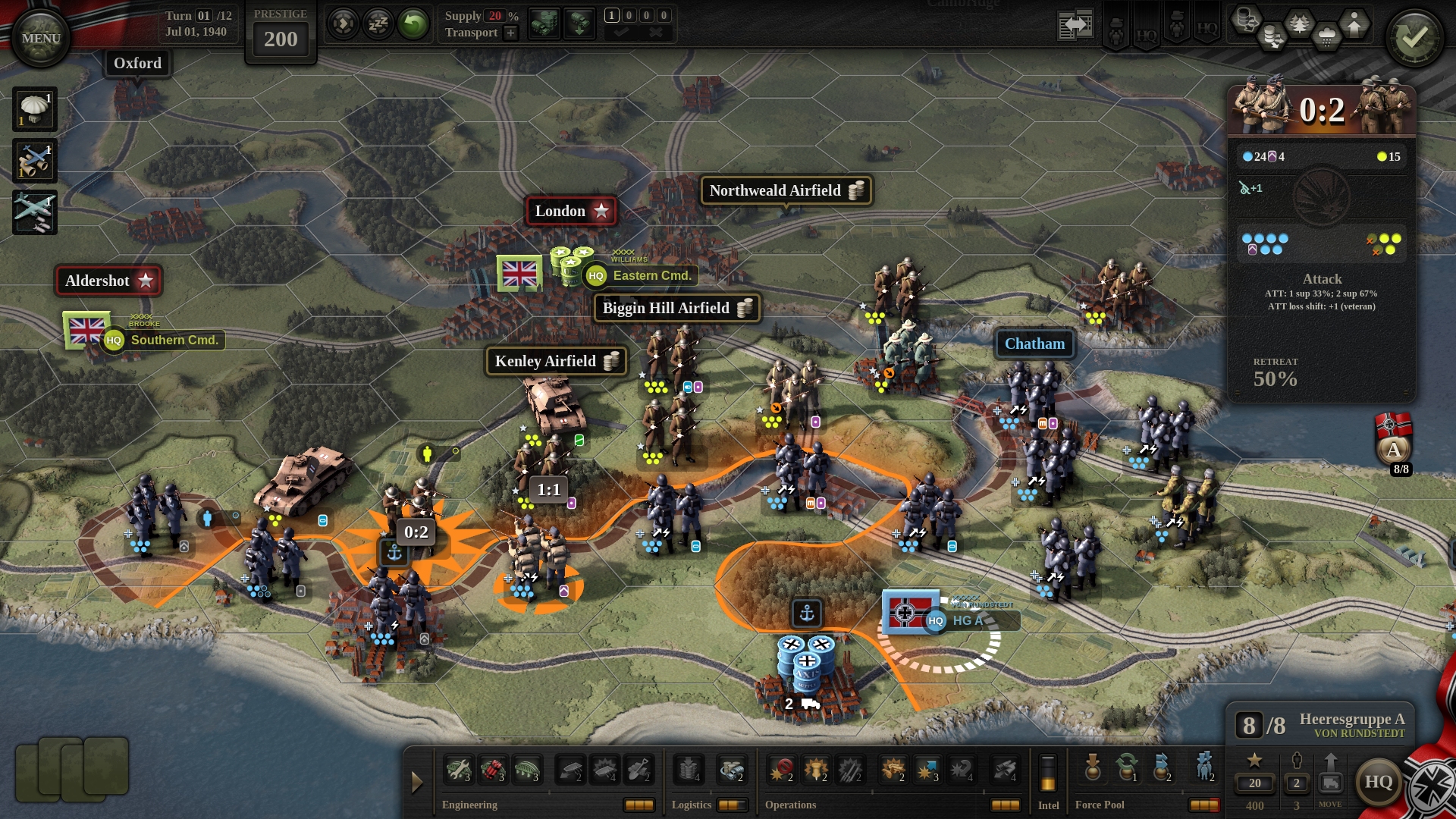 And bloody Luftwaffe! Here I am struggling to take London, Aldershot and Southampton in Unity of Command II's first add-on largely because Raeder and Goering have failed to secure my cross-Kanal supply lines. The little I've seen of the £7 Blitzkrieg thus far is reassuring. The 13-scenario 1939-41 German campaign manages to feel fresh despite ludologising operations I've overseen countless times before. New units, specialists, and HQ capabilities zhuzh without disturbing UoC2's beautifully judged mechanics. 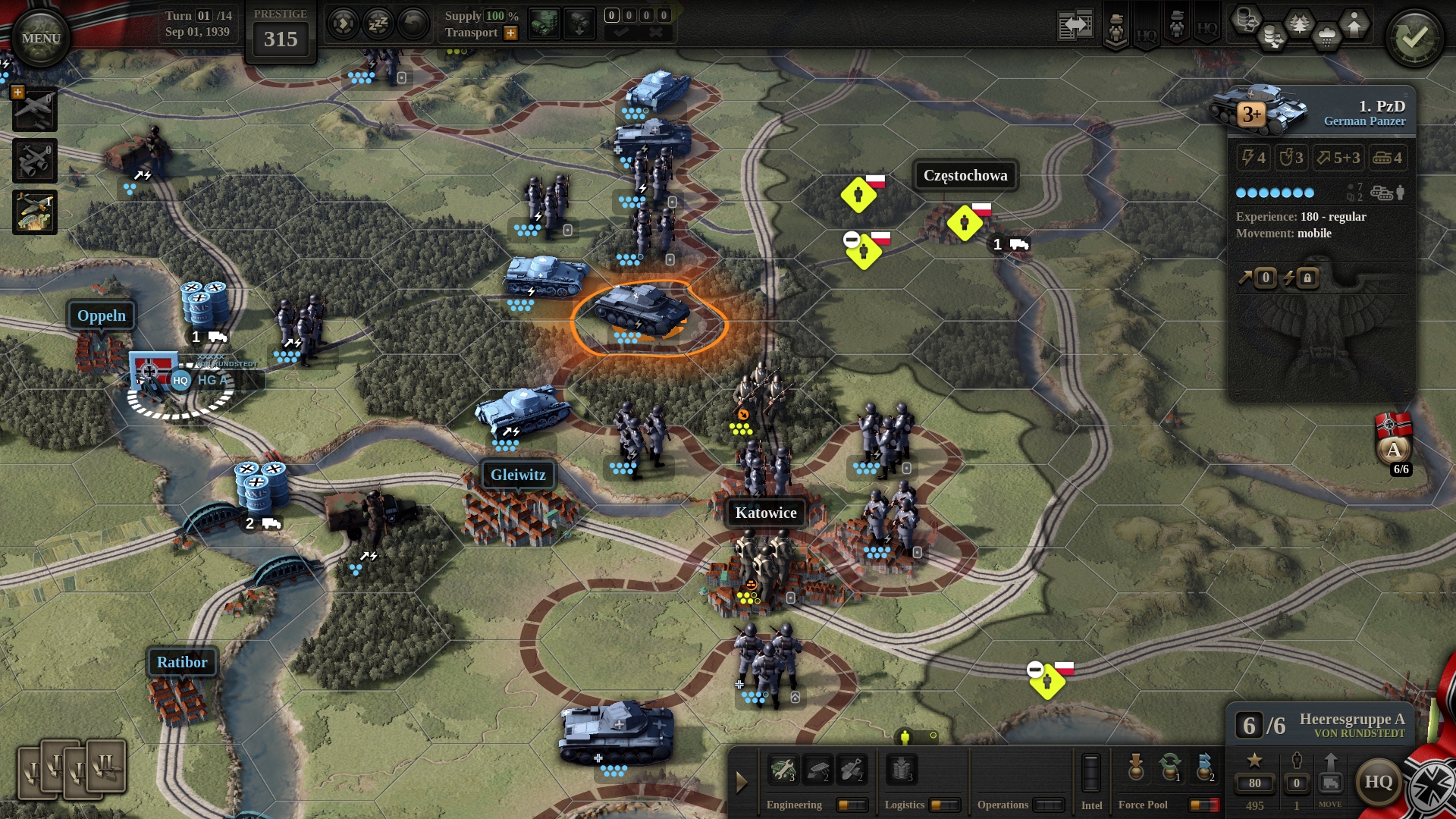 If you found the base game too puzzle-like I doubt Blitzkrieg is going to alter your view. However, if, like me, you loved the way UoC2 distilled, condensed, and encapsulated, and don't mind playing as the baddies now and again, this lovingly crafted DLC is sure to please.

C is for Card calculations 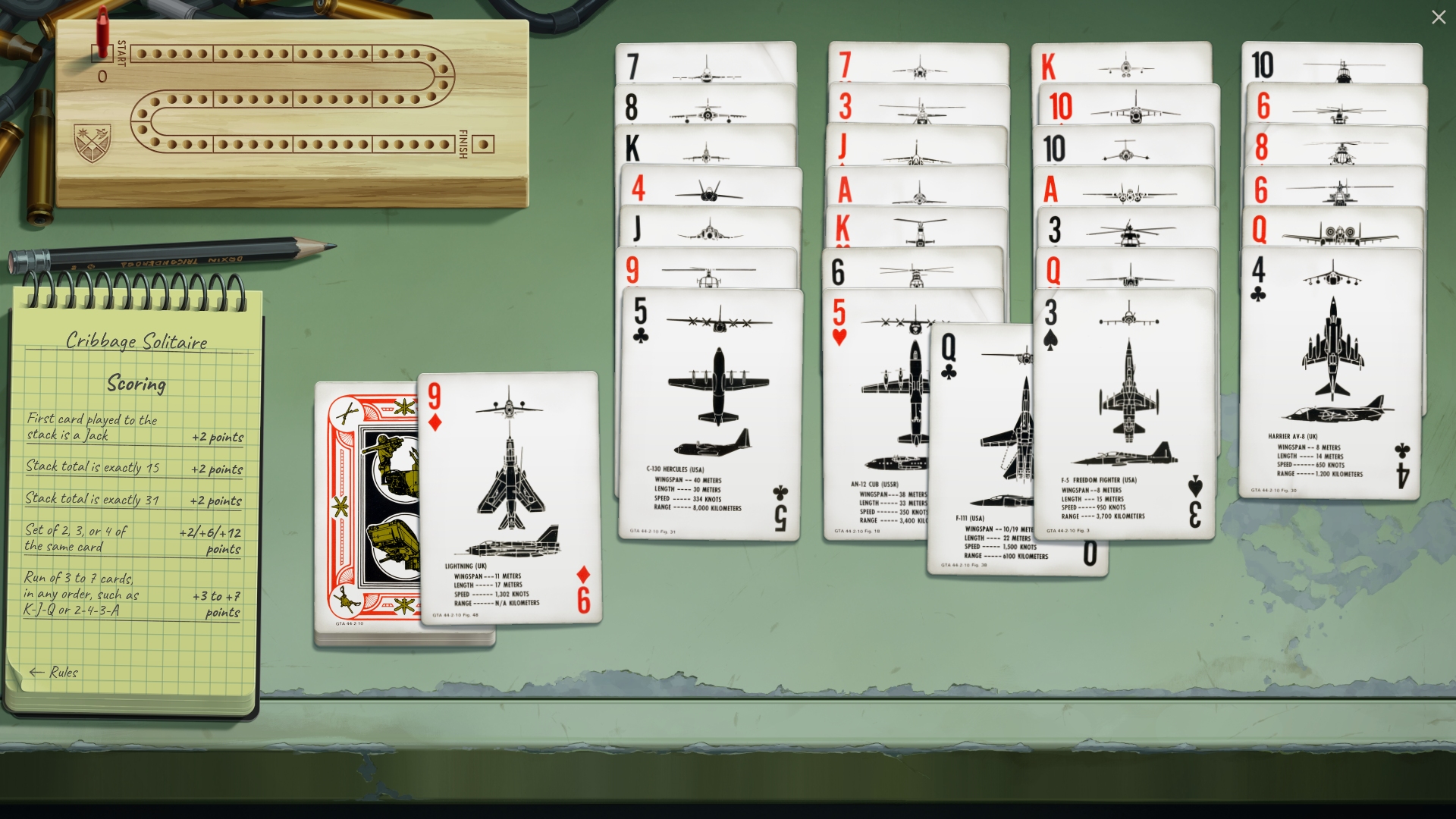 After Blitzkrieg, my most played game this week is the patience variant pictured above. An unlockable mini-game in Möbius Front '83 it's bally moreish and, for an aviation enthusiast like myself, awfully easy on the peepers. The goal is to score more than 60 points by thoughtfully removing cards from the four-stack tableau on the right. Sequences and multiples score, as do certain totals (15 and 31). Why I'm playing it more than the hex wargame it accompanies is explained in entry Z.

D is for Dorling Kindersley mode

Aircraft Carrier Survival probably won't simulate scraps such as Coral Sea and Midway quite as plausibly as Task Force Admiral but judging by the above video there will be compensatory attractions. Gosh those cutaway views are splendid.

E is for Exquisite Eurocopter

Aerofly FS2 users lured away by Asobo's headline grabber are being tempted back with a stunning whirlybird. The deeply simmed EC135 was part of a free update that also improved IFR navigation and made cold-and-dark start-ups possible.

G is for Gifted goalscorers 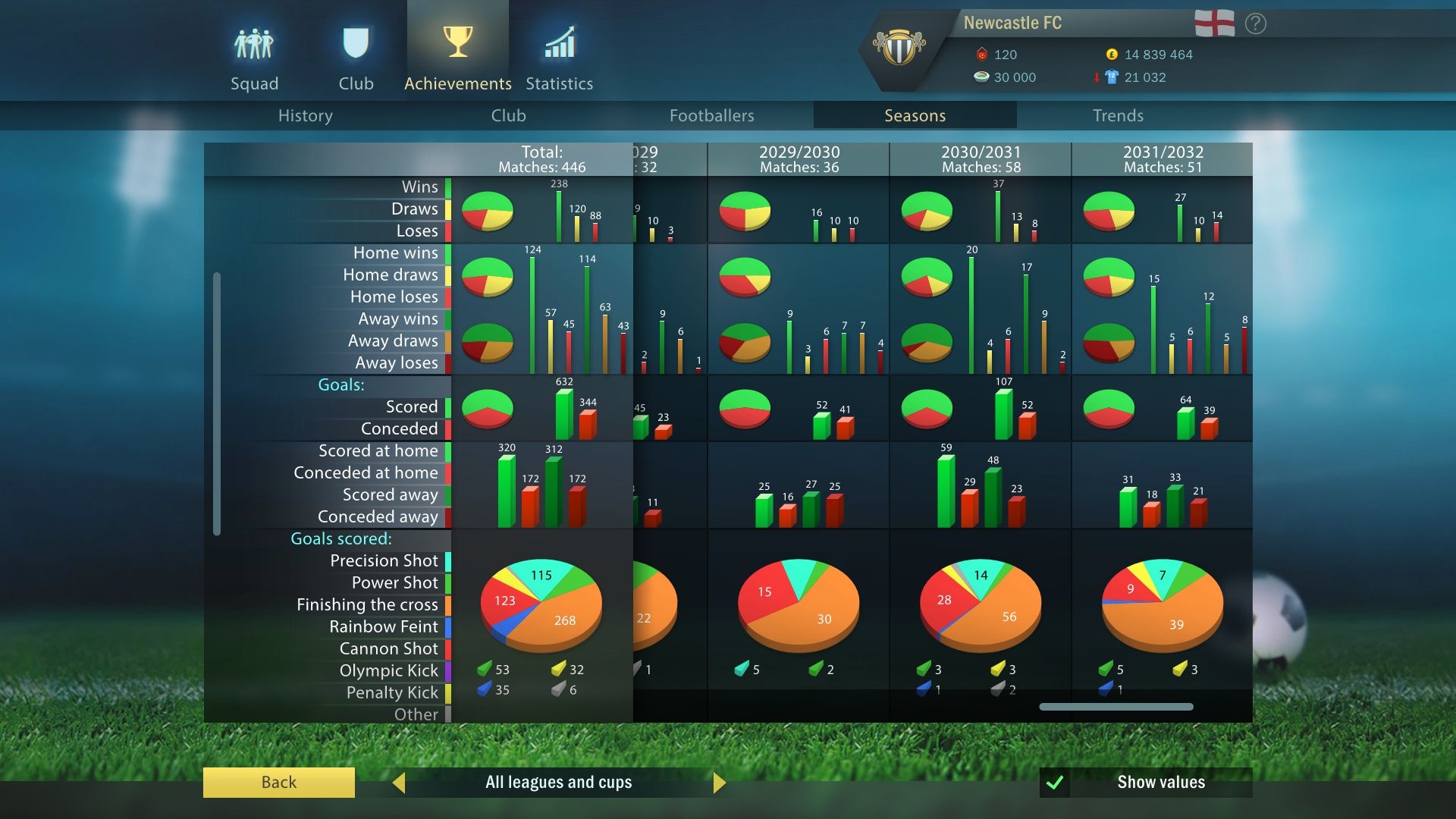 Creoteam's attitude to add-ons is not dissimilar to 2x2's. Football Stars, the £11 Football: Tactics & Glory supplement due on Nov 12, has been a long time coming and is unlikely to be followed by many* more expansions. Among the changes it will engineer, a new player attribute, “giftedness” and a mass of new saga-enriching, analysis-friendly stats promise to be the most transformative.

*Andrey Kostyushko tells me a second add-on introducing management at the national level isn't out of the question if Football Stars sells well.

H is for Henry V-free 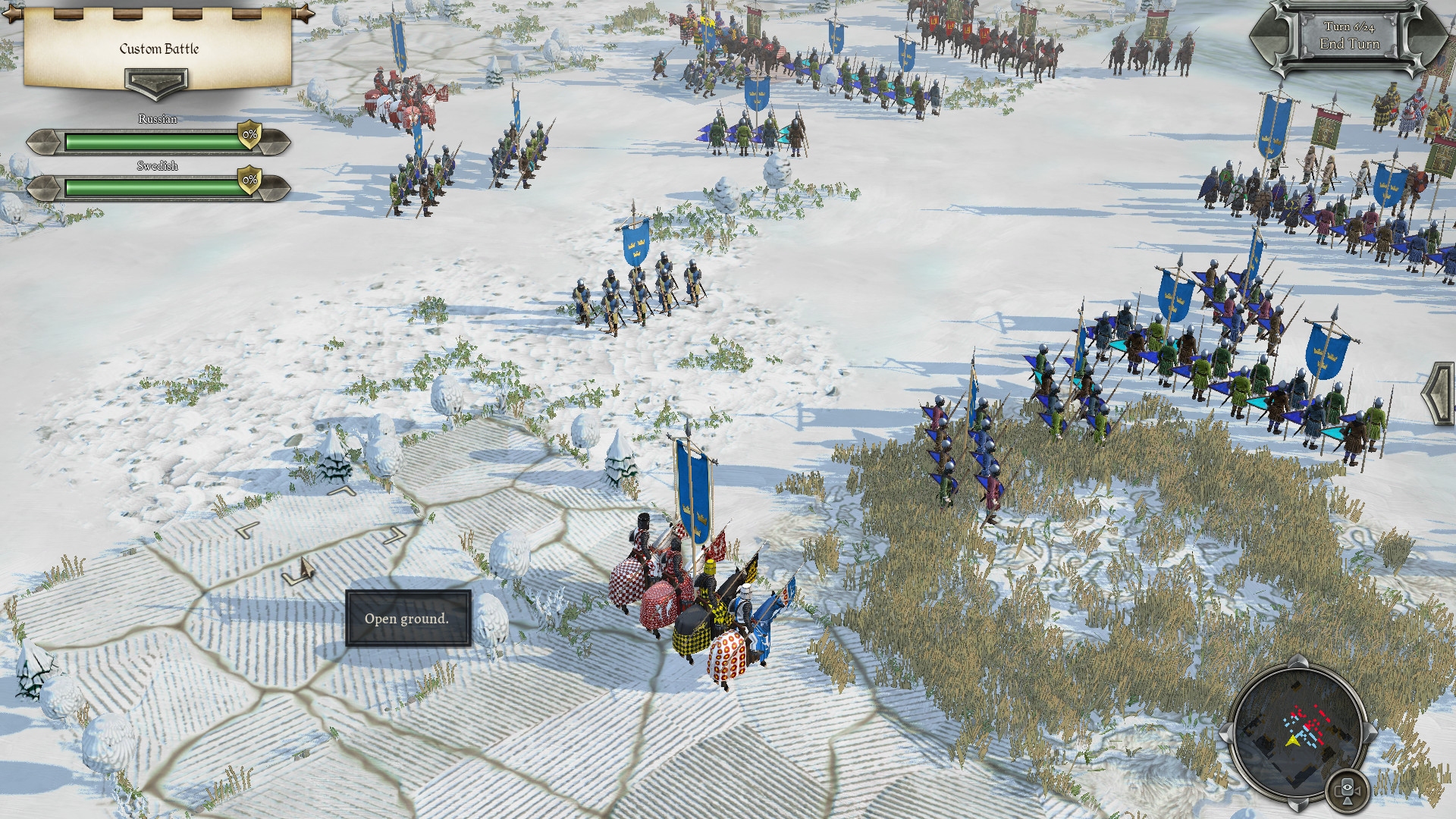 As Field of Glory II: Medieval (ETA Q1, 2021) comes from excellent stock and will be capable of recreating the armies of 29 nations and factions, I reckon I'll be able to overlook the fact that its 'High Middle Ages' (1040 to 1270) European purview means I'll have to wait for DLC to go crusading and recreate famous clashes like Agincourt, Crecy, and Bosworth Field.

...the people behind the Strategic Mind trailers and cutscenes tackle Shakespeare.

J is for Jet Pack Medic

K is for Know your limits 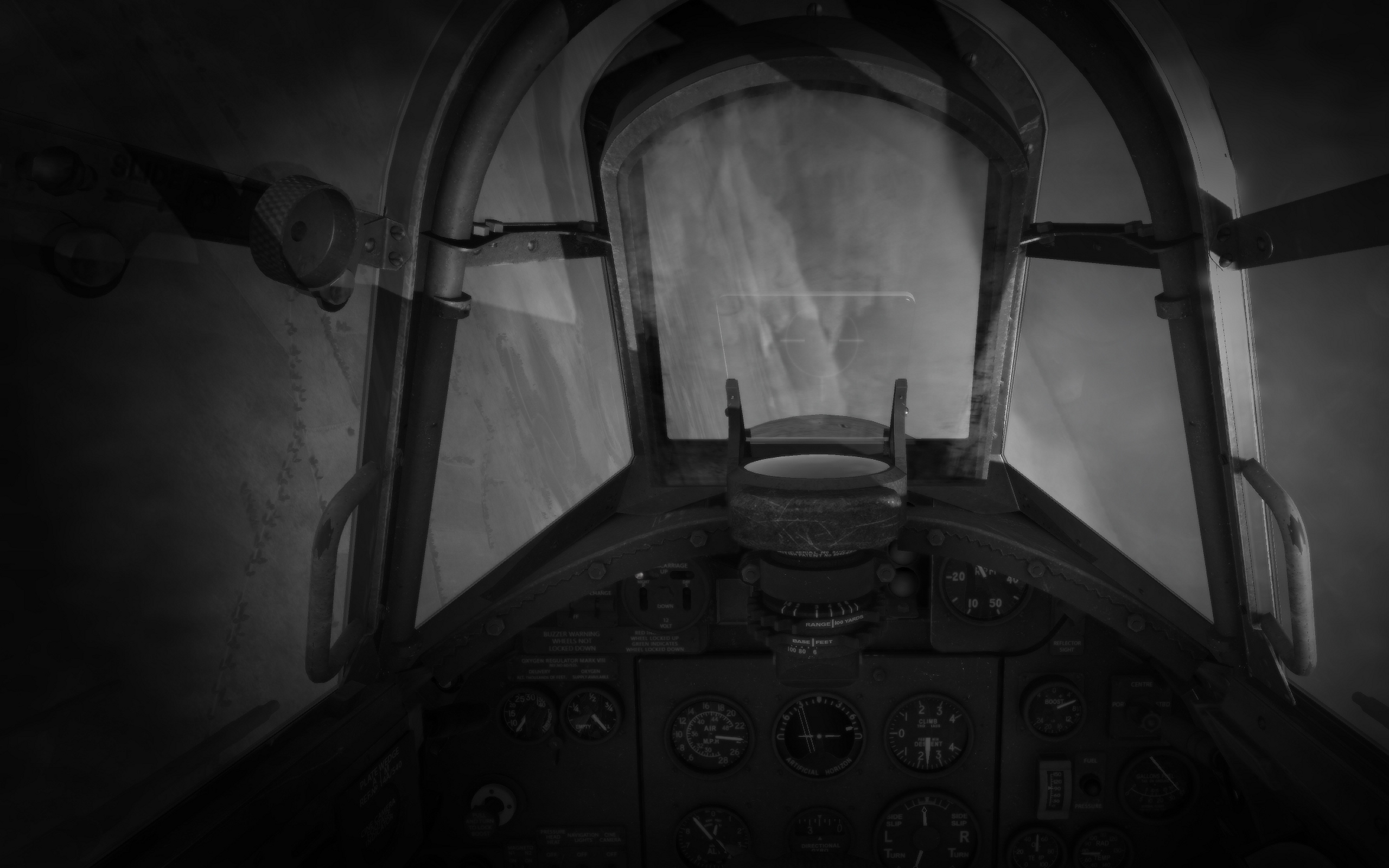 The pilot physiology model added to IL-2 yesterday is cloud streets ahead of anything in rival sims. Based on the latest aviation medicine research, and input from fliers with aerobatic experience, it considers an extraordinary range of factors before deciding to tunnel, blur, grey or redden vision, induce dizziness, or fully rescind consciousness. In addition to reworked endurance levels, now the “warming-up” of your avatar's cardiovascular system is simmed, 1940s g-suits are dynamically modelled, and rapid G reversals are accurately recreated. The sim even considers seat angle when doing its maths. As the boffins behind the prone-pilot variant of the Gloster Meteor F8 understood, the angle of a pilot's upper body has a profound effect on their G-tolerance.

L is for Life is short

Feel guilty every time you reach for the autostart key combo in DCS? This typically entertaining/informative Fast Jet Performance video featuring Simon Pearson, the ex-RAF Buccaneer and Tornado navigator responsible for business development at Eagle Dynamics, should help with your shame issues. Simon candidly admits “I fly competently probably fifteen of our twenty-odd types. I'd say I'm pretty good on about seven of them. I can't start any of them up – not for the life of me. [] Why would I waste time doing that? Life is short. I've got two hours in the evening. I don't want to spend half an hour waiting for the INS to align, and other bits to warm up.”

M is for Marvellous maps 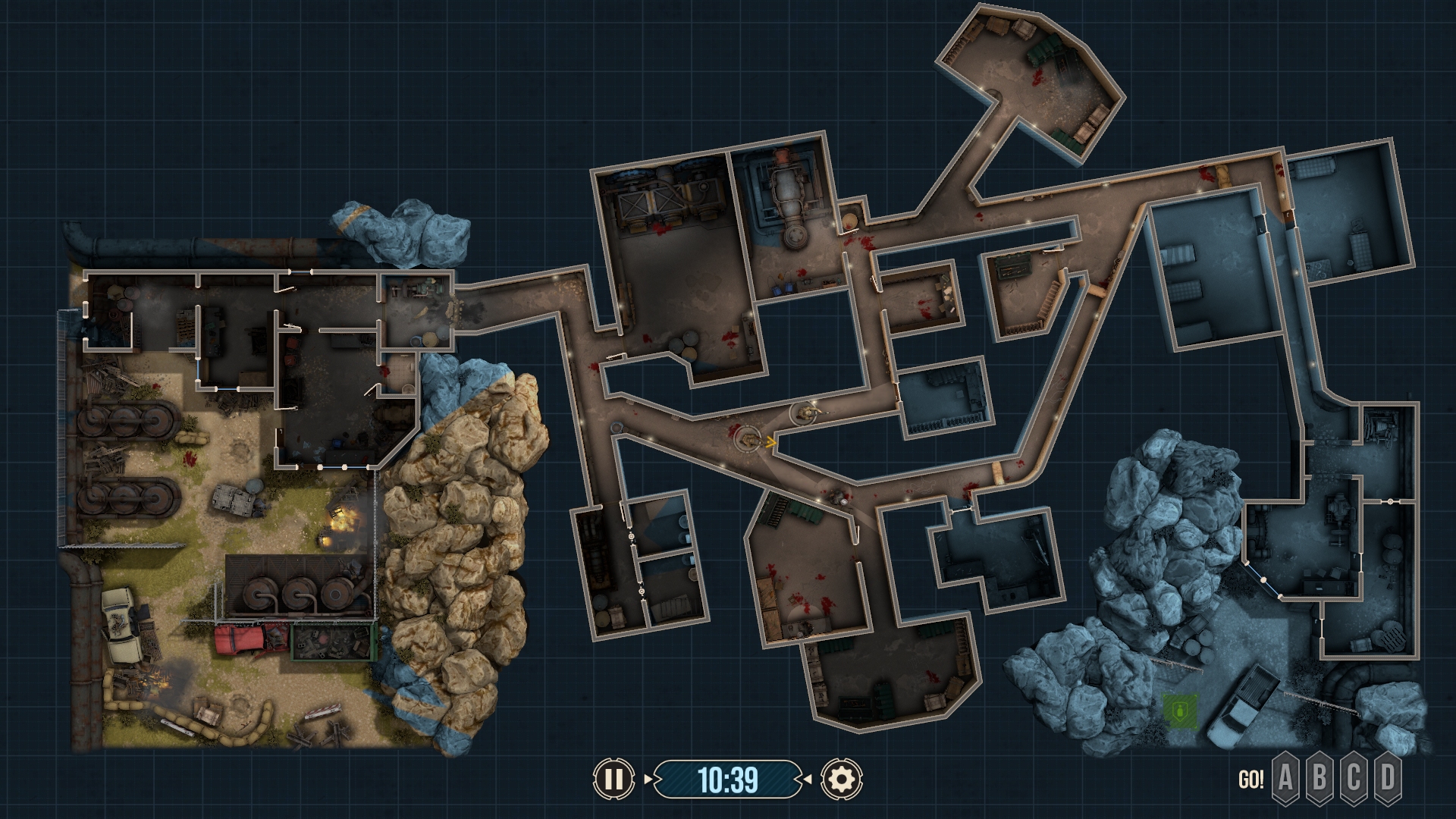 There's some cracking cartography in the first Early Access build of Door Kickers 2. Available since Tuesday, the £16 offering includes 25 maps ranging from claustrophobic cabins, apartments and shops to sprawling mansions, marketplaces, and bunker complexes. Pictured above is one of my favourites. The labyrinth on the right can only be accessed by obliterating a storeroom wall with a breaching charge.

N is for Now for the judging 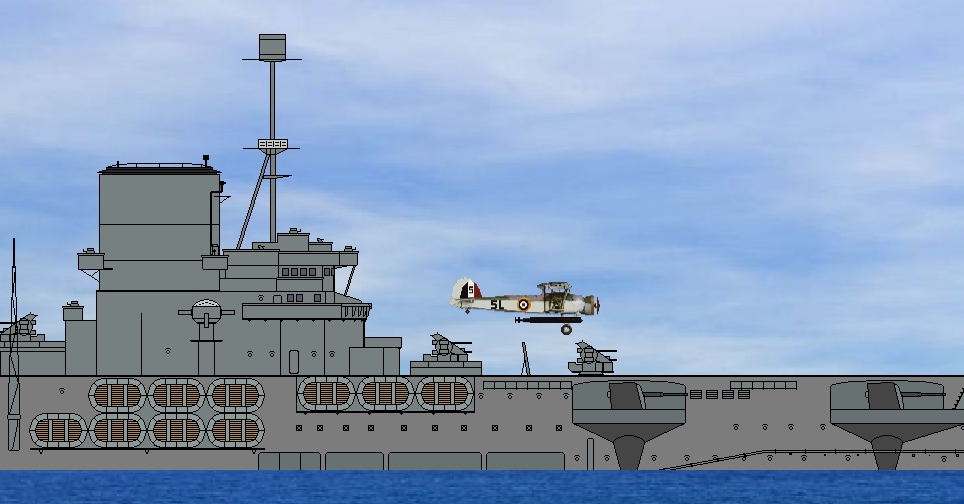 Thank you to all those who entered the inaugural Flare Path game jam. Over the next fortnight I plan to play your Bismarckian creations and decide which warrants the Osprey tome, the GameMaker 2 codes, and the solid silver battleship replica I've - in my head - commissioned from Asprey of London. A column in which winning entries are announced, analysed, and linked to will appear before the month is out.

O is for Operation Compass Mentis

I'm worried the digital Desert Fox in SGS Afrika Korps (out next Thursday) is going to behave more like Rodolfo Graziani than Erwin Rommel. Playing Winter War, AK's predecessor “I never got the feeling I was facing a compos mentis opponent – someone with a plan or a fiery determination to win”. If the AI in this one is no better, I can't see myself lingering long in Cyrenaica.

P is for Pertinent paperback 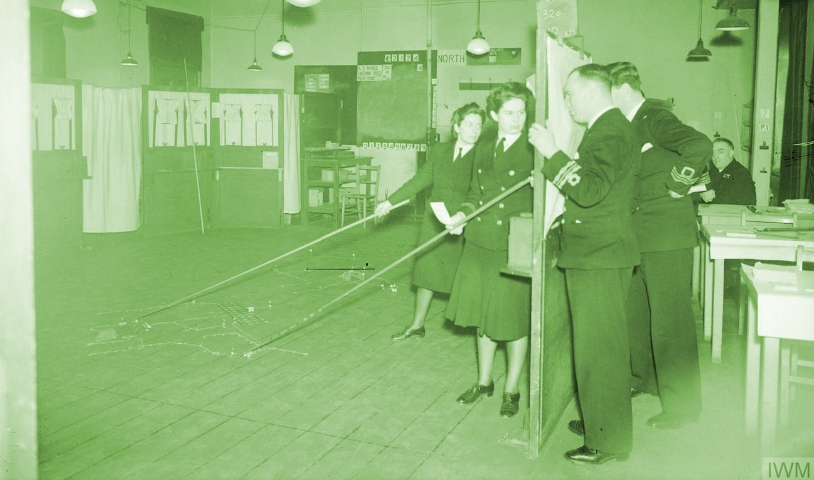 Old chum of RPS Simon Parkin has written a book that sounds like it would be perfect for the Flare Path Book Club if such a thing existed. Now available in paperback, A Game of Birds and Wolves tells the story of the wargame-utilizing Royal Navy unit that helped the Allies triumph over the U-boats during the Battle of the Atlantic. 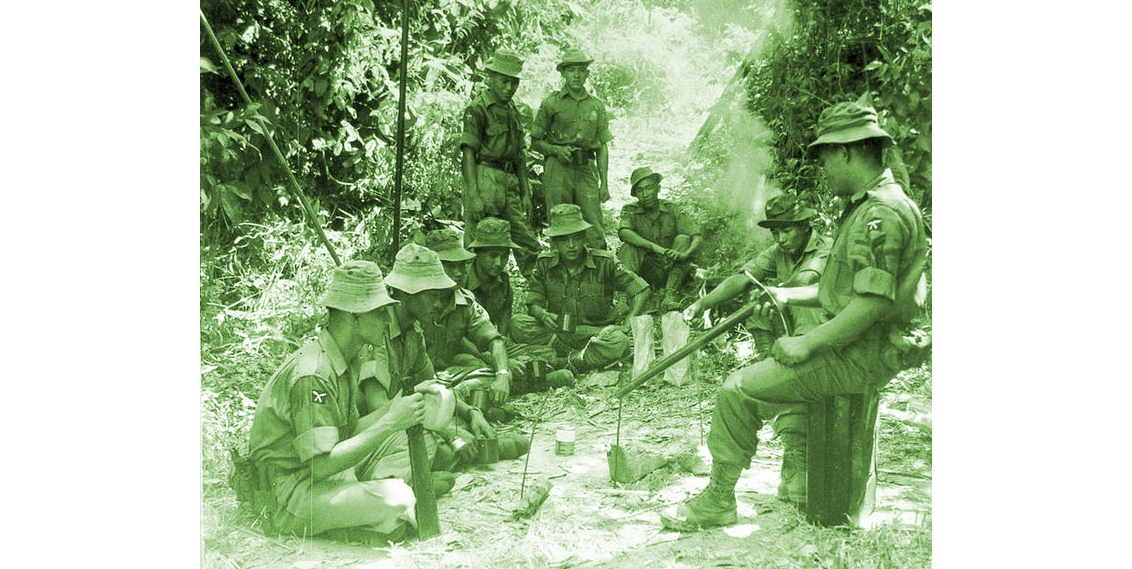 R is for Roboraptors TBC

A few weeks away from the end of a gruelling three and a half year development journey, airport cultivation sim Sky Haven can now be sampled. If, in the full game, I can't use robotic falcons to reduce the chance of birdstrikes during take-offs and landings, I'll be disappointed.

S is for Stalingrad next 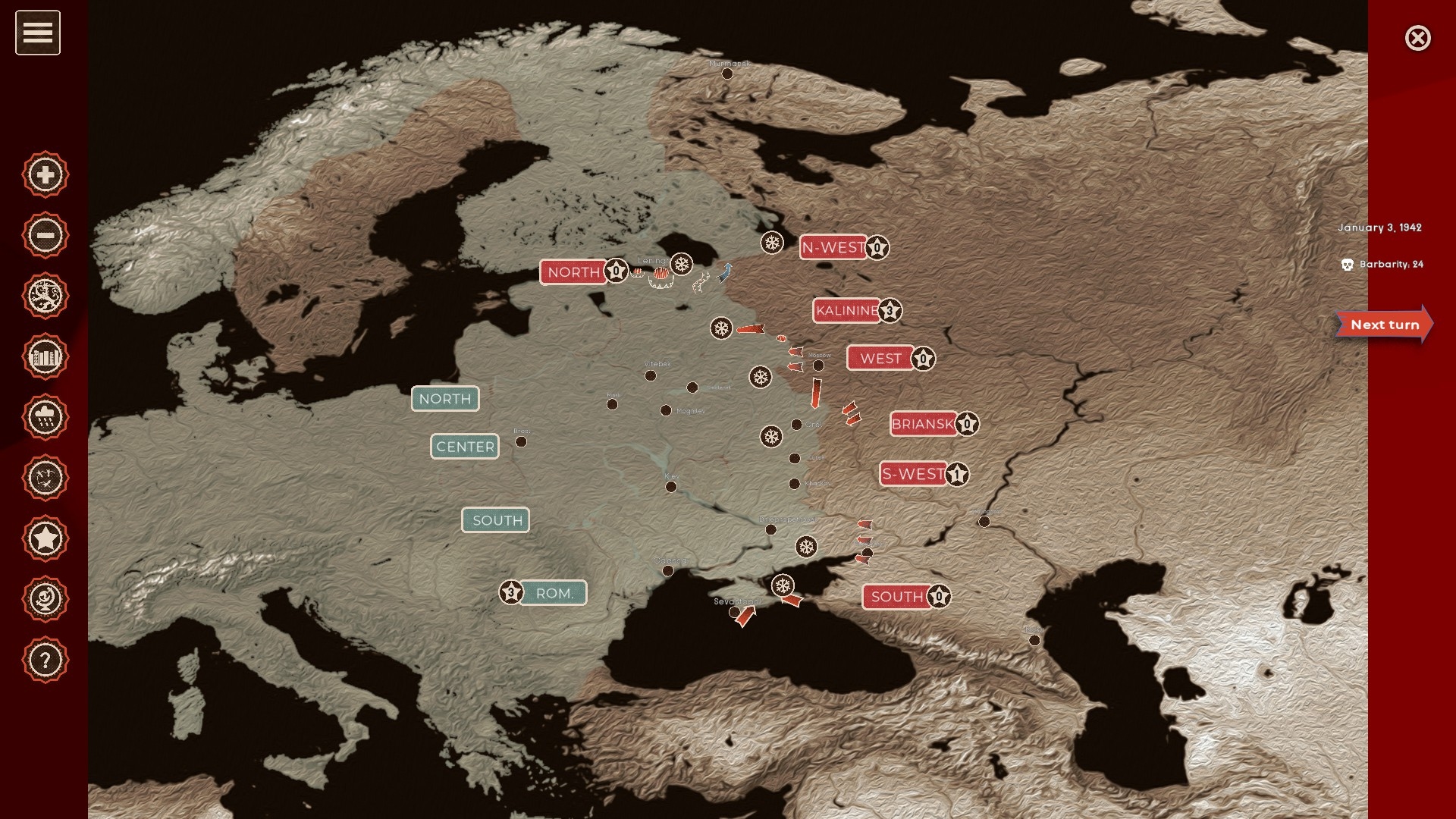 A five-quid Eastern Front wargame I described as “a beautifully distilled Barbarossa evocation” in August is to get a Stalingrad-focused sibling sometime in 2021. Happily, Cauldrons of War - Barbarossa's unnecessarily gnomic map screen is unlikely to survive the advance to the Volga.

T is for Trans-Siberian truths

It seems Trans-Siberian Railway Simulator won't spend all its time baiting lupophiles and being flip about alcoholism. There looks to be a decent train sim behind the cheap theatrics.

U is for Utterly unrealistic

I'm starting to think Metro Simulator Beta is actually more realistic than the Dutch Metro systems that inspired it. A disobedient subway train saved from disaster by a fortuitous fibreglass fluke? Preposterous.

V is for Virginian verisimilitude 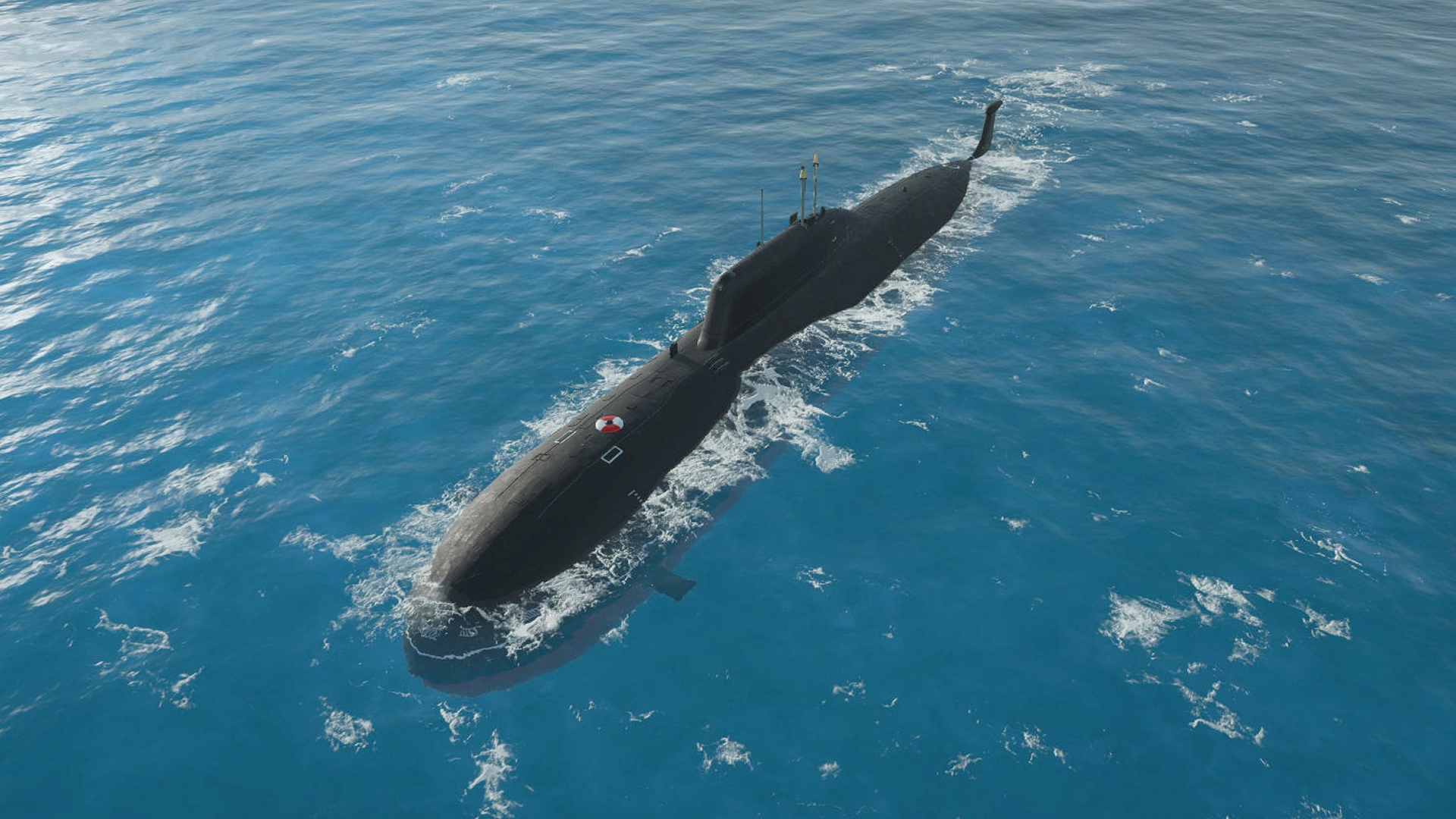 I wouldn't be at all surprised if Modern Naval Warfare, an unsigned contemporary sub sim with an impressive 3D control room at its heart, ended up flying a MicroProse jack. It looks like it would complement Sea Power, another David Lagettie signing, very nicely.

W is for Wayside watercolours

you will pass in the forest, under a cliff before being able to go to the river. Dordogne vertical slice on its way #screenshotsaturday #madewithunity #b3d #watercolor pic.twitter.com/8RD4zDJ3ZT

While some of the winged add-ons winging their way towards FSXI at present are predictable crowd-pleasers like the Spitfire, Concorde and F-15, a good few are machines rarely glimpsed in sim skies. Among the projects highlighted in LostPilot's useful overview vid is a P-61 Black Widow, a Bleriot XI, and the smallest manned twin-engine aircraft in the world.

Y is for Y the discrepancy?

Perhaps I didn't give Black Powder, Red Earth a fair crack of the whip when I sampled it last month. The game's “very positive” Steam reception suggests there's more to Echelon Software's board-gamey terrorist-topping TBT than the fab pixel art and simplistic combat I discovered.

Z is for Zachtronics 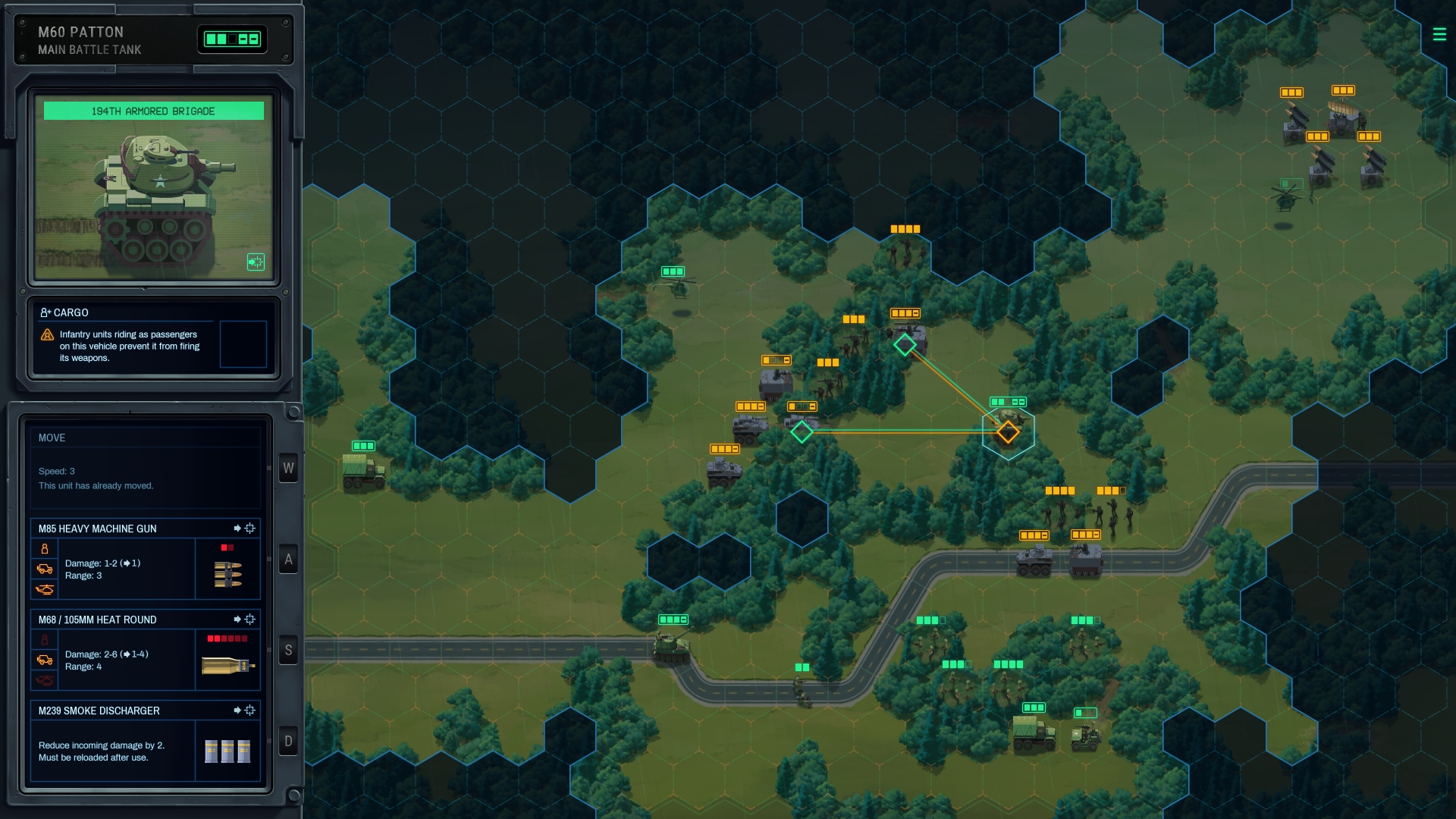 Möbius Front '83, Zach Barth's new TBS, is growing on me but not nearly as speedily as I'd hoped. I'm intrigued by the story, love the art and unlockable extras such as the patience game (see 'C') and the period military manuals, however samey maps, unnecessarily fiddly controls and some annoying unit limitations, mean I can't, seven missions into the campaign, wholeheartedly recommend it as a wargame. 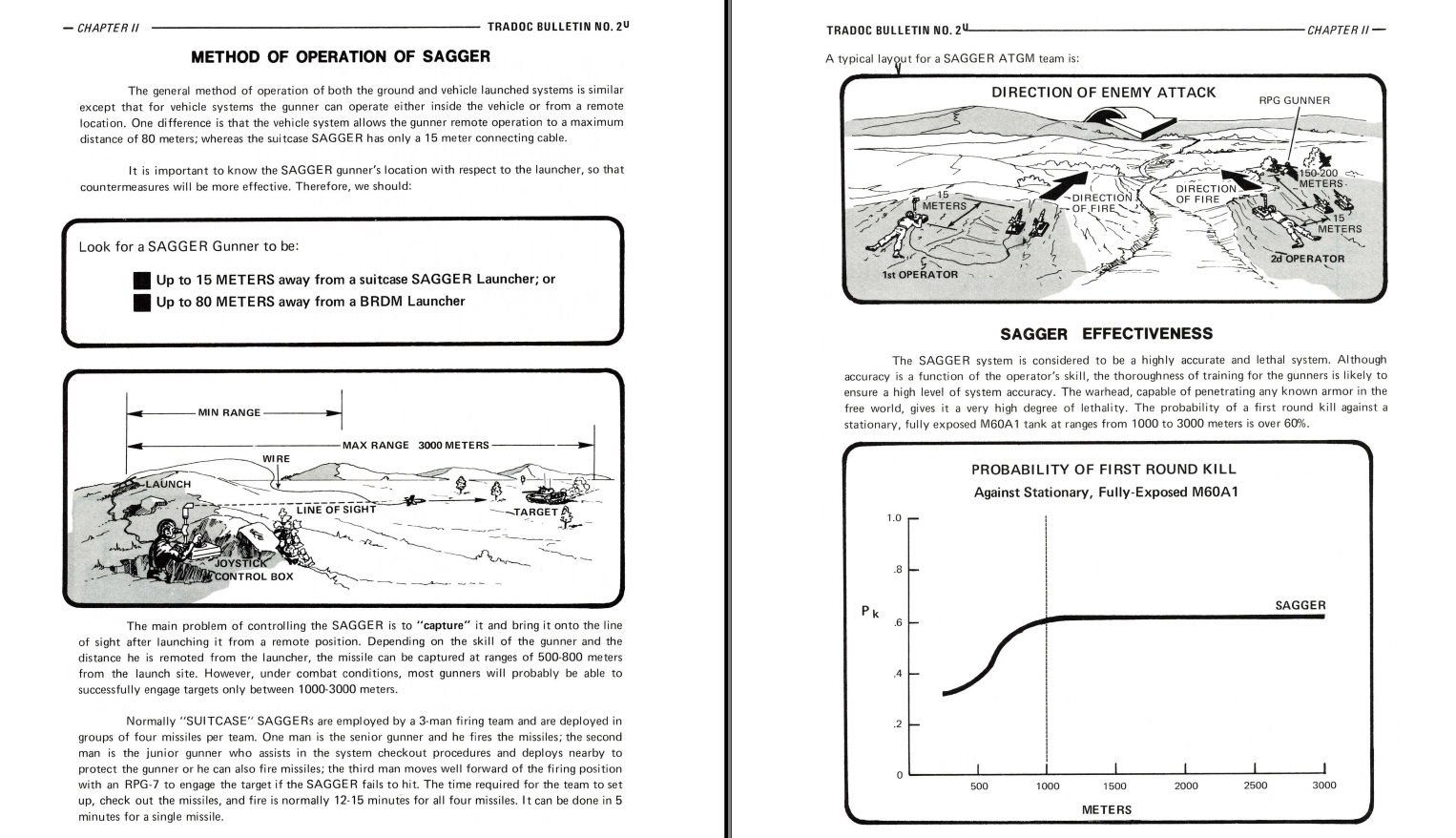 There's a reason most tactical hexiana allows players to move units with a single mouse-click, and permits infantry to move and fire in the same turn. There's a reason behaviours like auto-retreat and opportunity fire are so common in the genre. MF83 seems to flout certain digital wargaming conventions for no obvious reason and risks perplexing veteran wargamers by doing so. 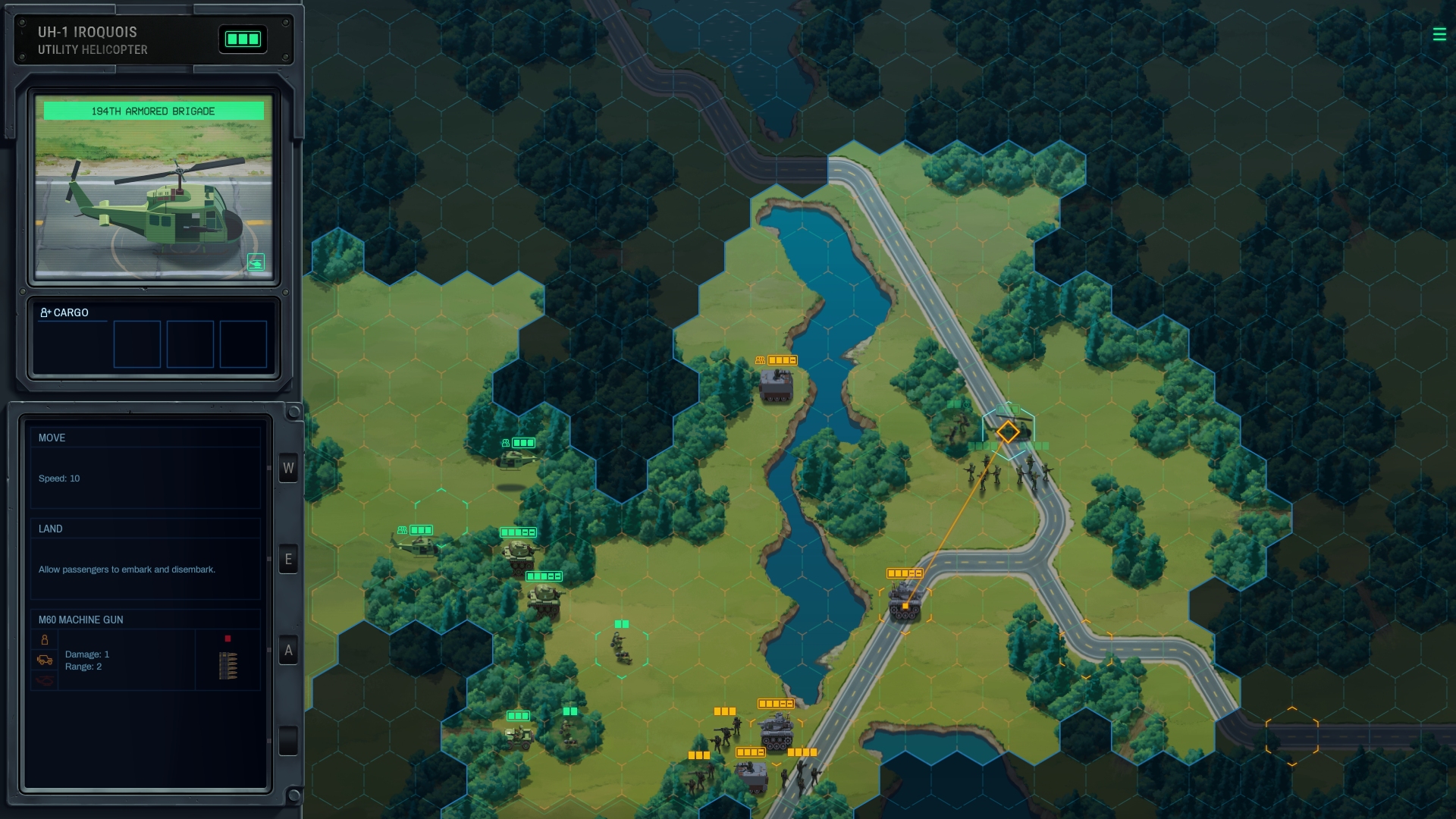 That said, because I'm keen to find out why my enemies use the same weapons and speak English with the same accents as my democracy defenders, I intend to press on.