Having imprisoned you in his dungeon in the bowels of Mount Olympus, Emesdos, the Greek god of computer gaming, asks his customary question. You ponder for a few seconds, more out of seemliness than necessity, before responding with an unequivocal “MicroProse!”. If you have to spend Eternity playing the oeuvre of just one developer/publisher, then obviously that oeuvre has to be the one that includes greats such as European Air War, Falcon 4.0, B-17 Flying Fortress, MechWarrior, Colonization, and Civ.

Today in FP I talk to David Lagettie, the bold resurrectionist behind the recently announced MicroProse revival, share - possibly not for the first time - my most precious MicroProse memory, and sample one of the studio's later sims. 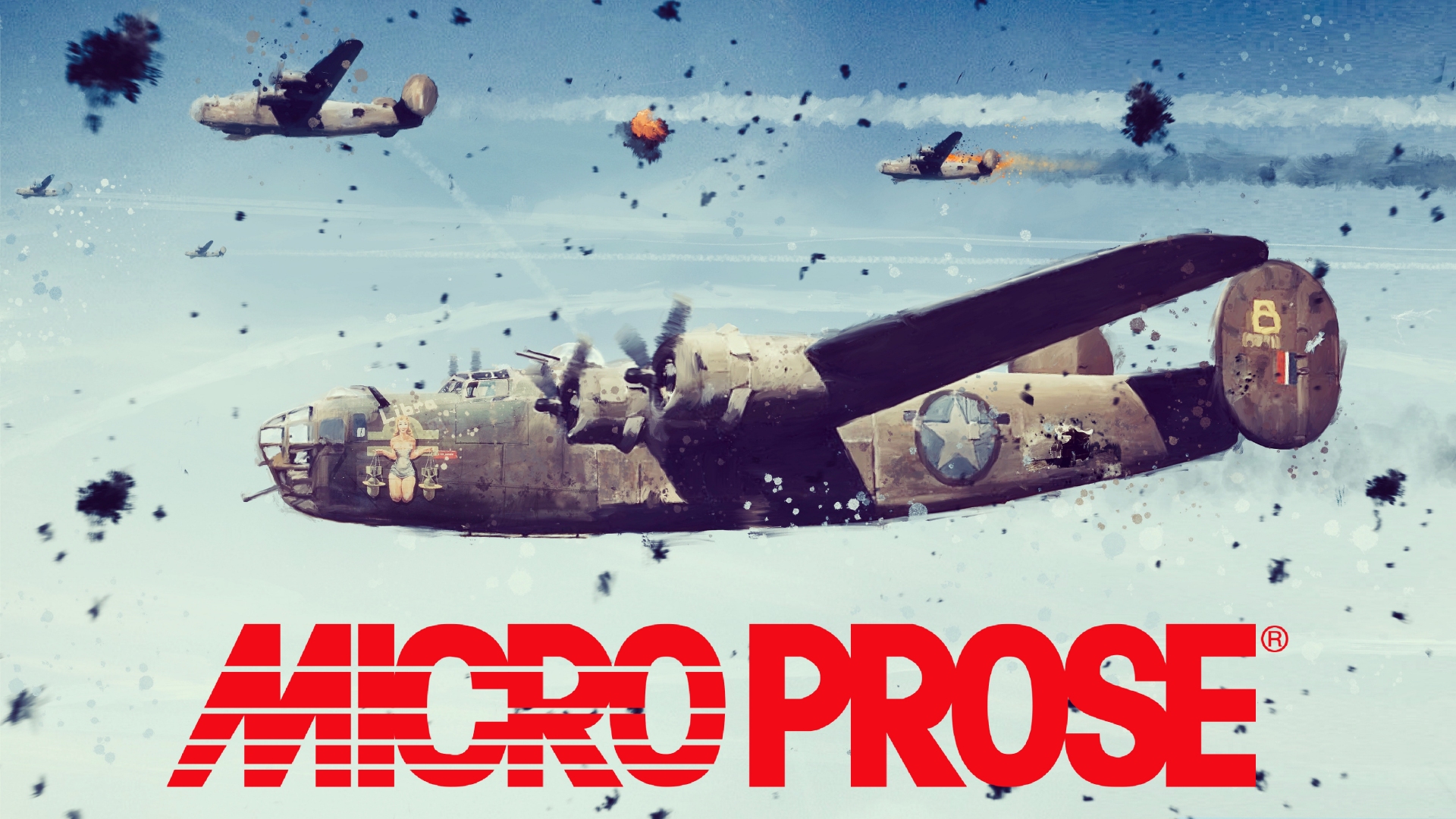 Like many middle-aged strategy gamers/simmers, I experience a Pavlovian response when I see “MICROPROSE” emblazoned on a splash screen or screenshot today. My pulse quickens, my fingers fidget, my mood improves. 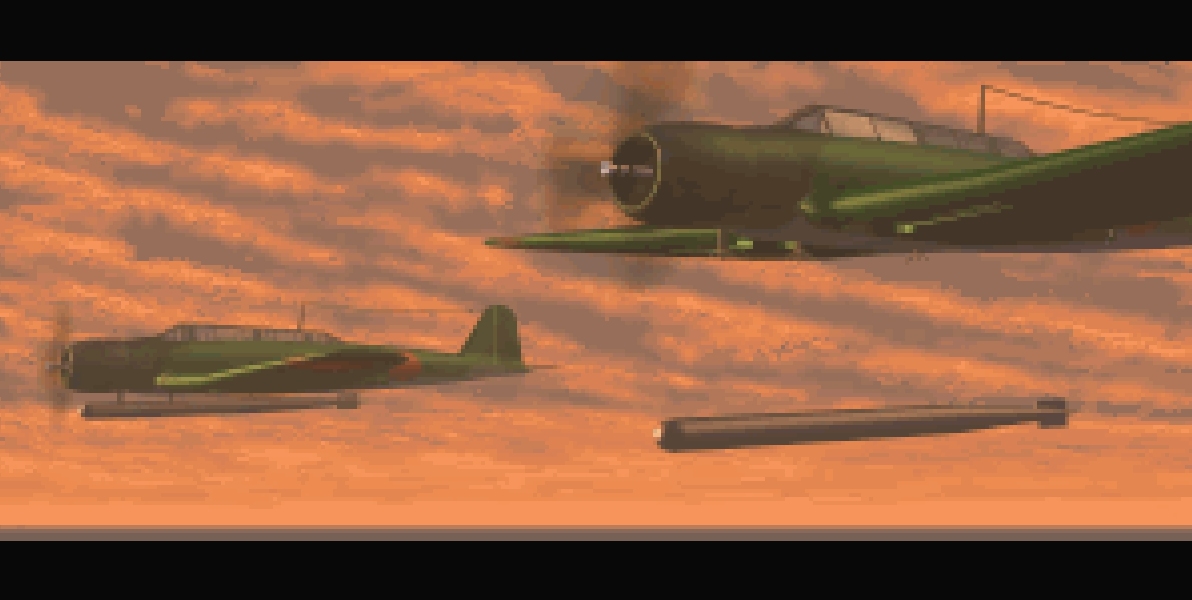 It's only when that name is being dragged around a wireframe globe by a little silver aeroplane, and is followed by a Battle of the Coral Sea cinematic that the excitement comes tinged with a dash of heartache; you see, the wonderful 1942: Pacific Air War always reminds me of my Dad. 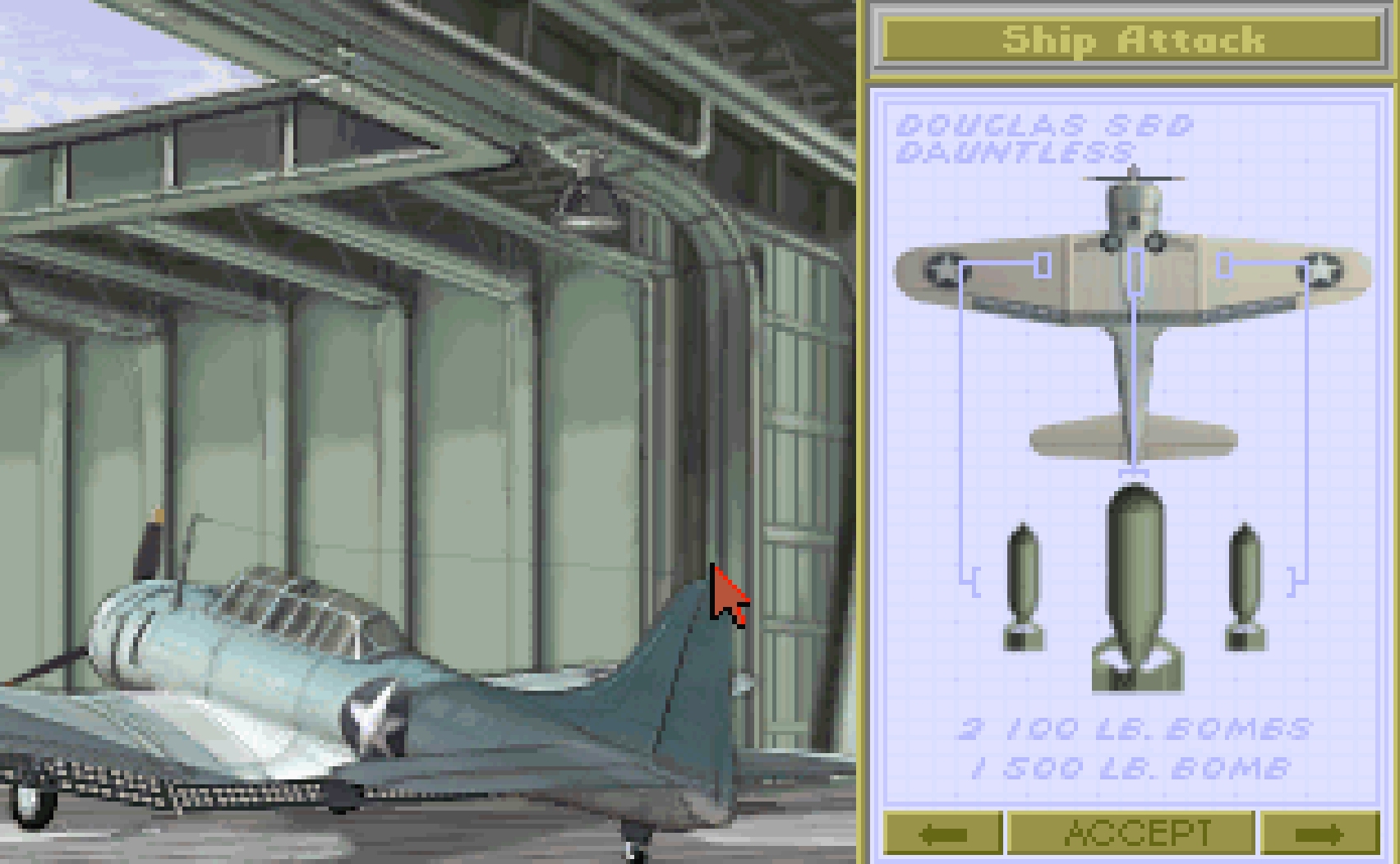 Although we shared very similar tastes in interactive entertainment, because I'd moved out by the time I acquired my first PC, he came late to computers, and neither of us were wild about multiplayer, we played very few PC games together. We shared battlefields and imp-infested corridors on occasion, but the only time I can remember us occupying the same virtual vehicle, the vehicle in question was a 1942: PAW Dauntless. 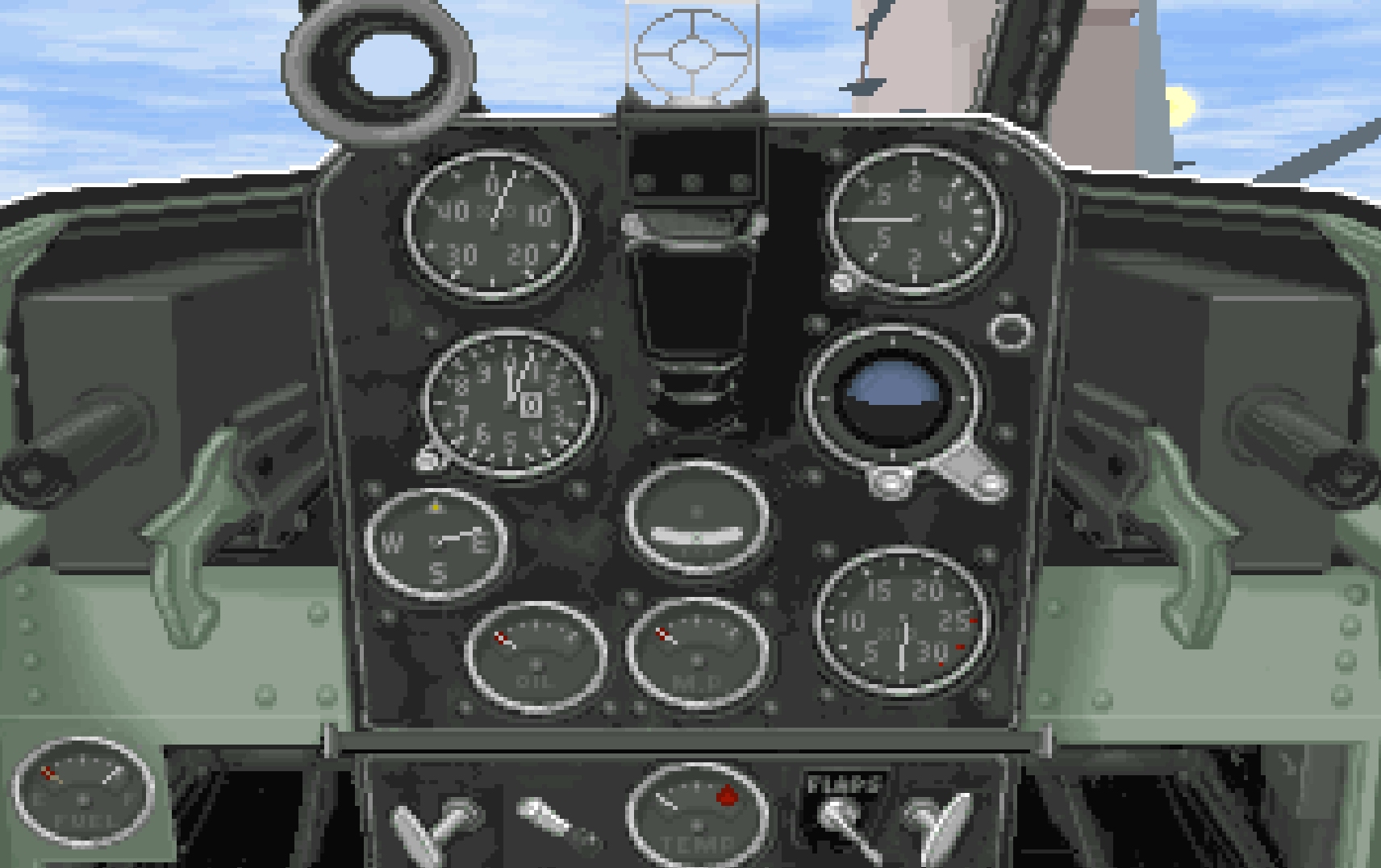 Finding myself, for the first time in my life, in possession of two fully functioning PCs and monitors, I'd shackled the beige boxes together with a serial cable, creating side-by-side play stations at my desk (On reflection a back-to-back configuration would have been more appropriate). I sat in one chair, the panel of our shared SBD dominating my screen. 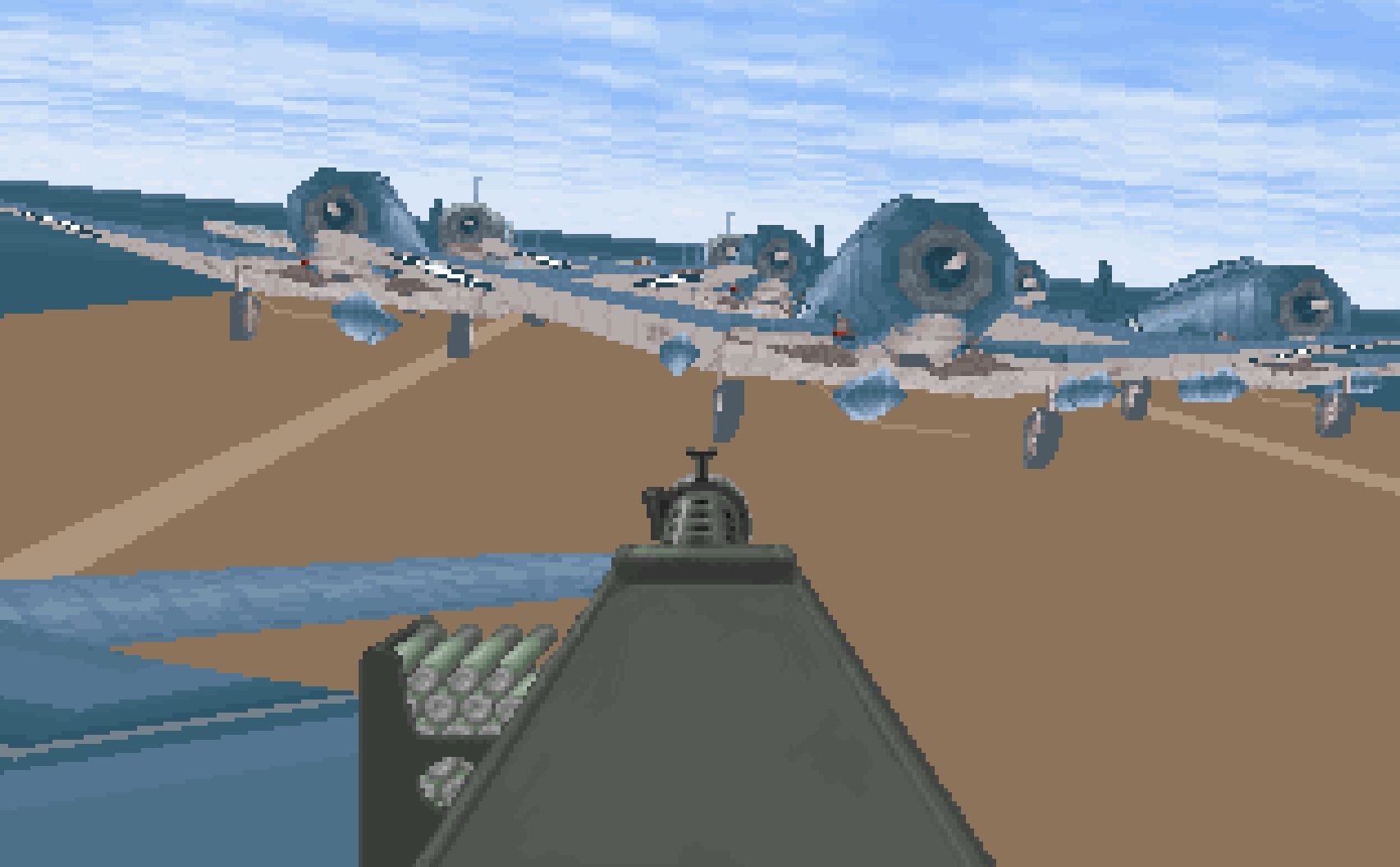 He sat in the other, a low-poylgon tailplane and rear-facing Browning M1919 dominating his display, and for a few memorable hours we hurled curses and lead at weaving Zeros, called frantic warnings to each other, and did our utmost to injure the Imperial Japanese Navy. 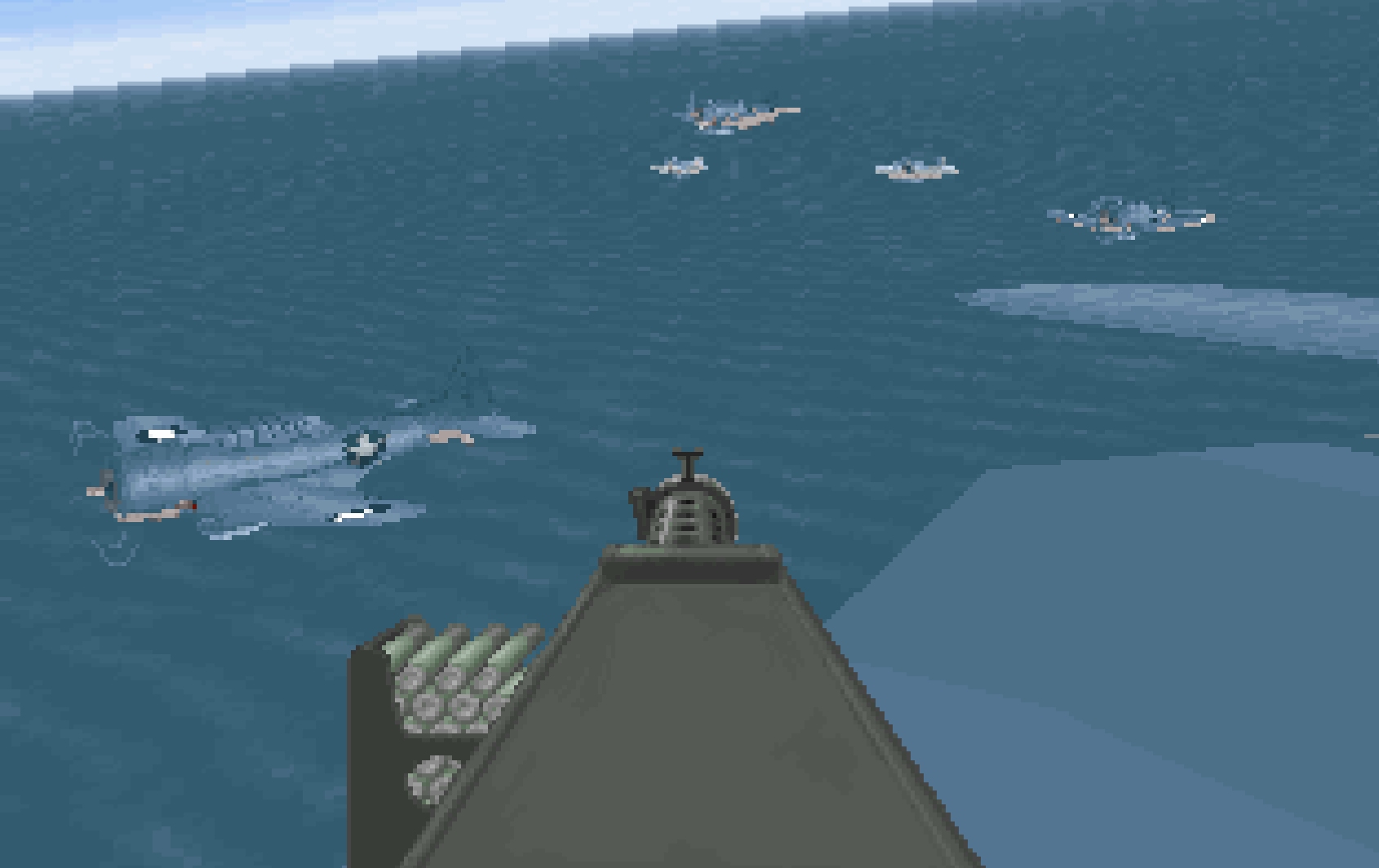 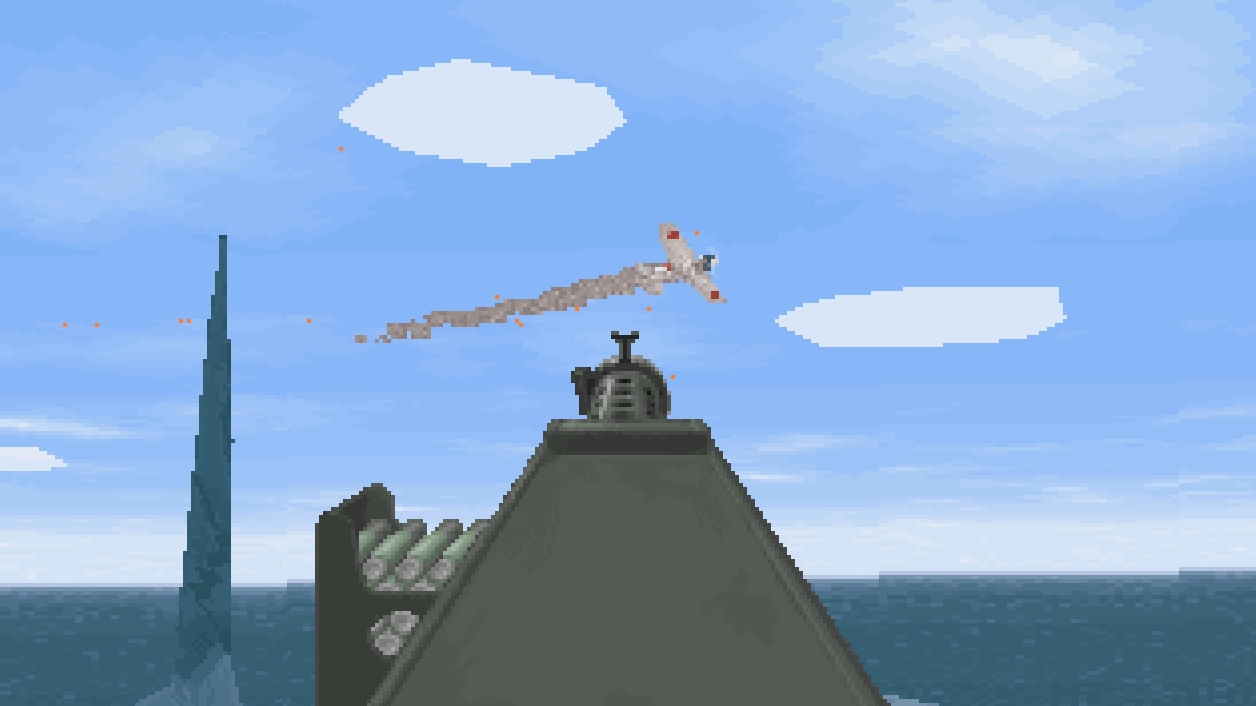 If the coming crop of MicroProse titles manages to spawn memories half as happy and indelible as this one, then the company's new owner and CEO, David Lagettie, will have every reason to unfurl the 'MISSION ACCOMPLISHED' banner. 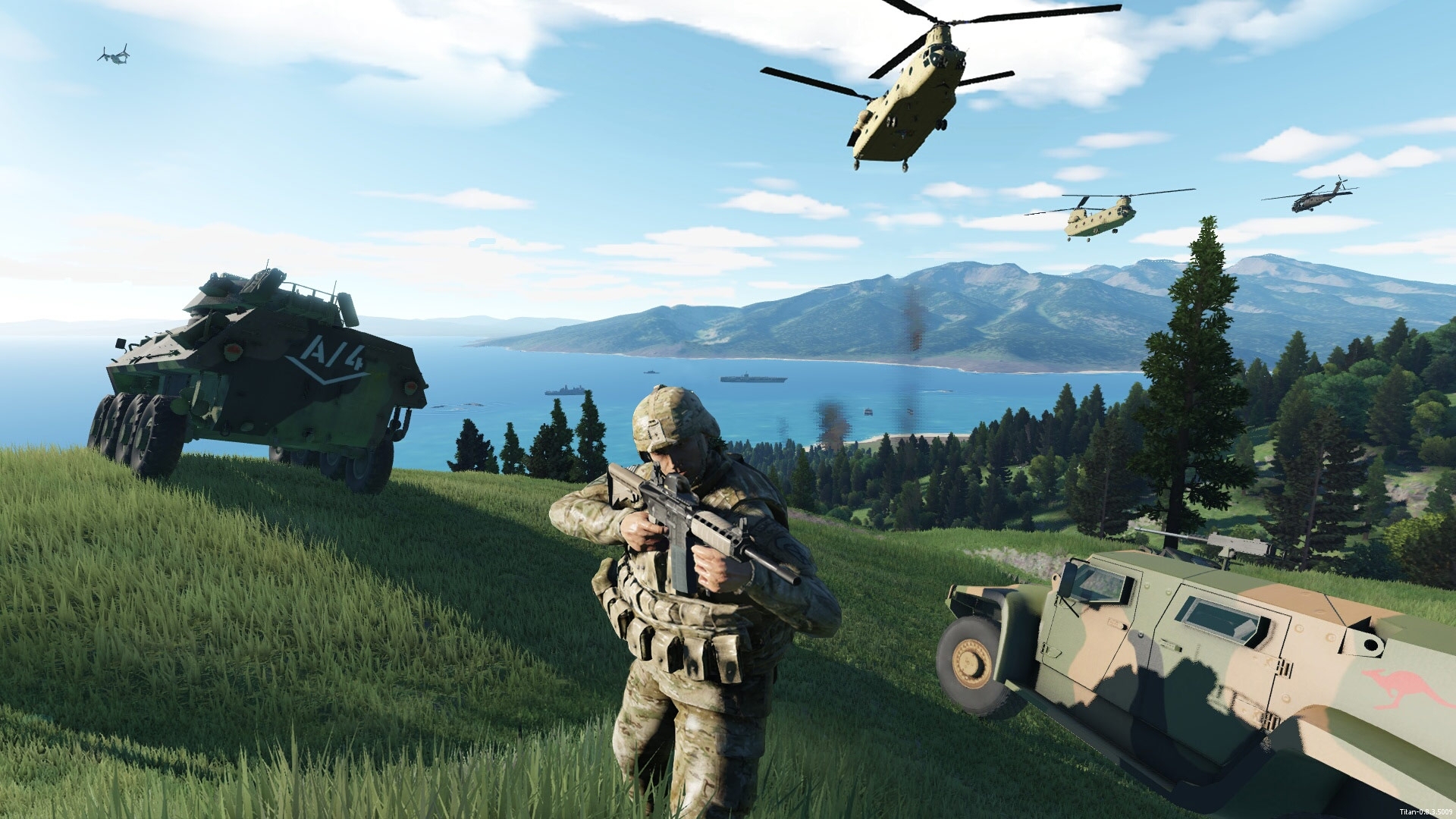 RPS: Would you introduce yourself?

David: I’m David Lagettie, and I’ve been building military simulators and training software for 20 years now. I am a key innovator in the serious games field as the original founder of the VBS series of software (based on the game Operation Flashpoint, prequel to ArmA) and now founder of the leading World Rendering MilSim software, Titan Vanguard. 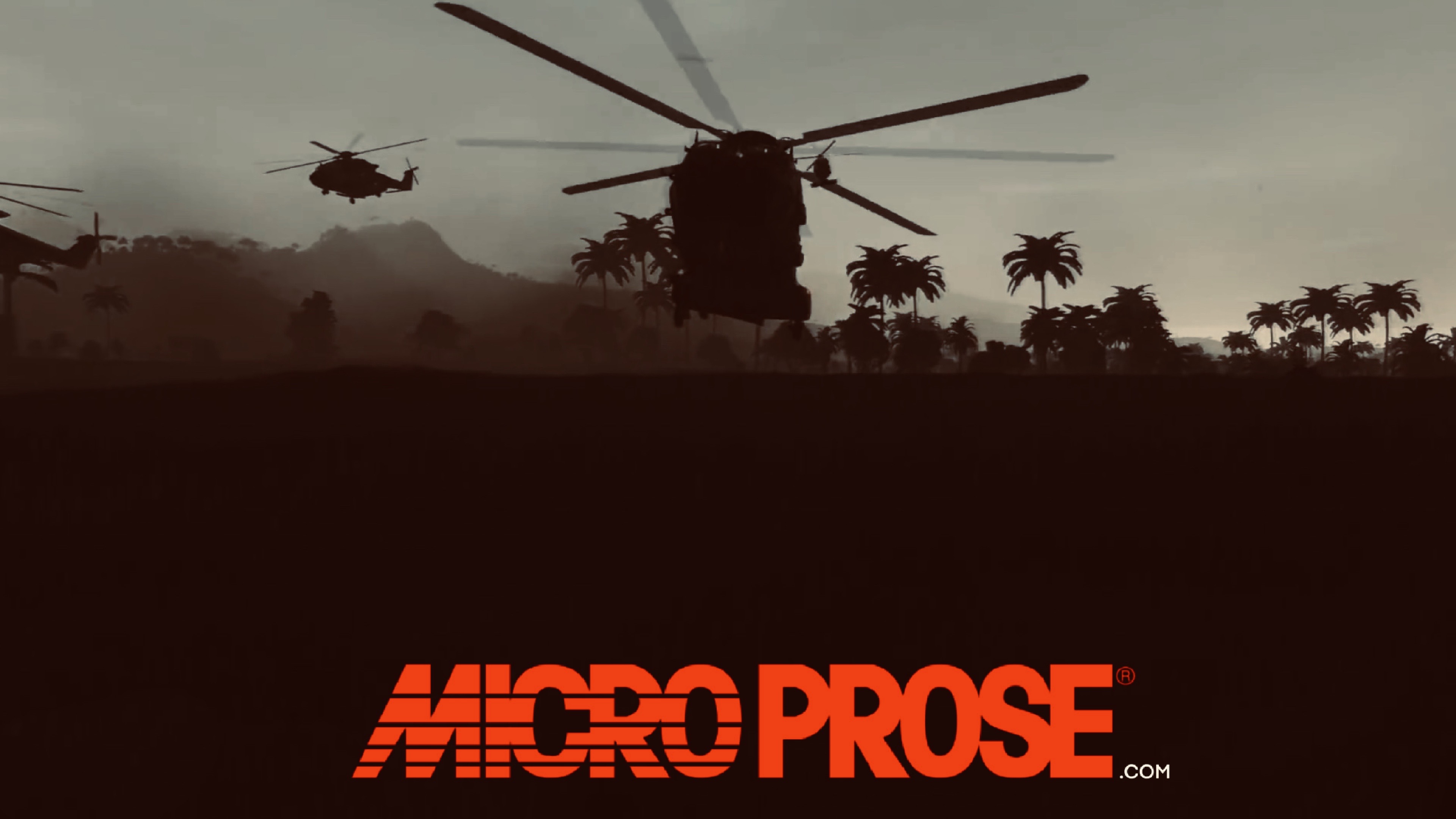 David: Growing up on a farm in rural Australia, MicroProse had a huge influence on me. Their games were just pure magic which enabled you to escape into a whole other reality with amazing depth and immersion. I’m sure many MicroProse fans share the same feelings and seeing that iconic logo always stirs those memories, like seeing an old friend return.

In fact, MicroProse was really a driving force behind me creating the two biggest MilSim training software systems in the world today, which have trained hundreds of thousands if not millions of men and women in service today. I guess it started for me back in the early 2000s when MicroProse disappeared. I was extremely disappointed, and I remember in the early days of building “serious games” I would often go searching to find information on MicroProse, asking myself, “Why doesn’t someone start building quality simulation games once again under the MicroProse banner?”. So, I decided even back then that I would be that person - to not only get MicroProse back into the right kind of hands, to start actually building and publishing great games again. I can tell you it was a long journey and no small feat to make that dream a reality, but here we are. 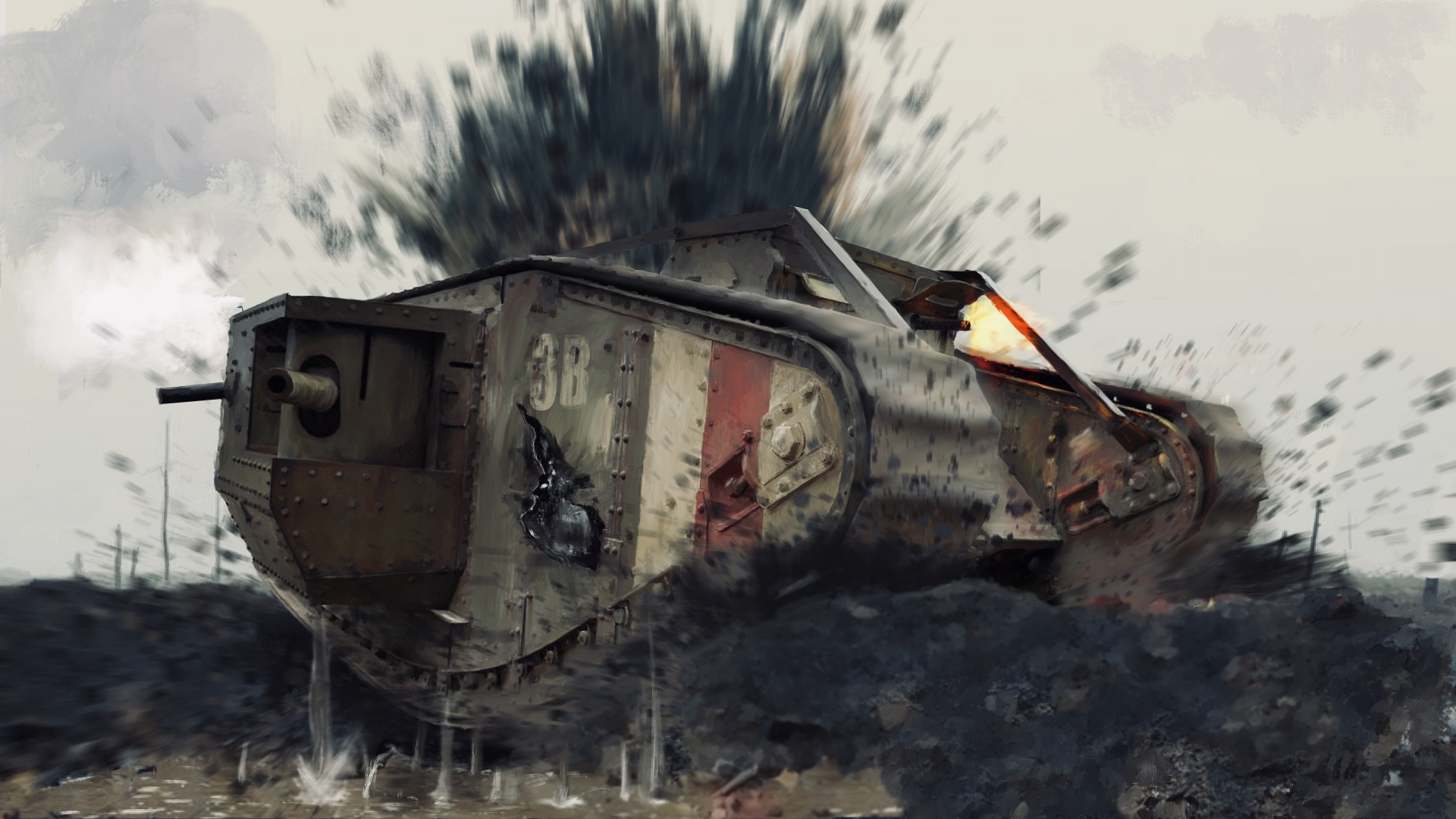 RPS: Personnel-wise, is there any of the old MicroProse in the new MicroProse?

David: I am glad to say the biggest personality of all is back in the MicroProse fold, its original co-founder, Wild Bill Stealey. Will Bill is a passionate guy and I can see why MicroProse created so many wonderful fun games under his direction. There are also a few original developers from MicroProse’s past who are now becoming involved. 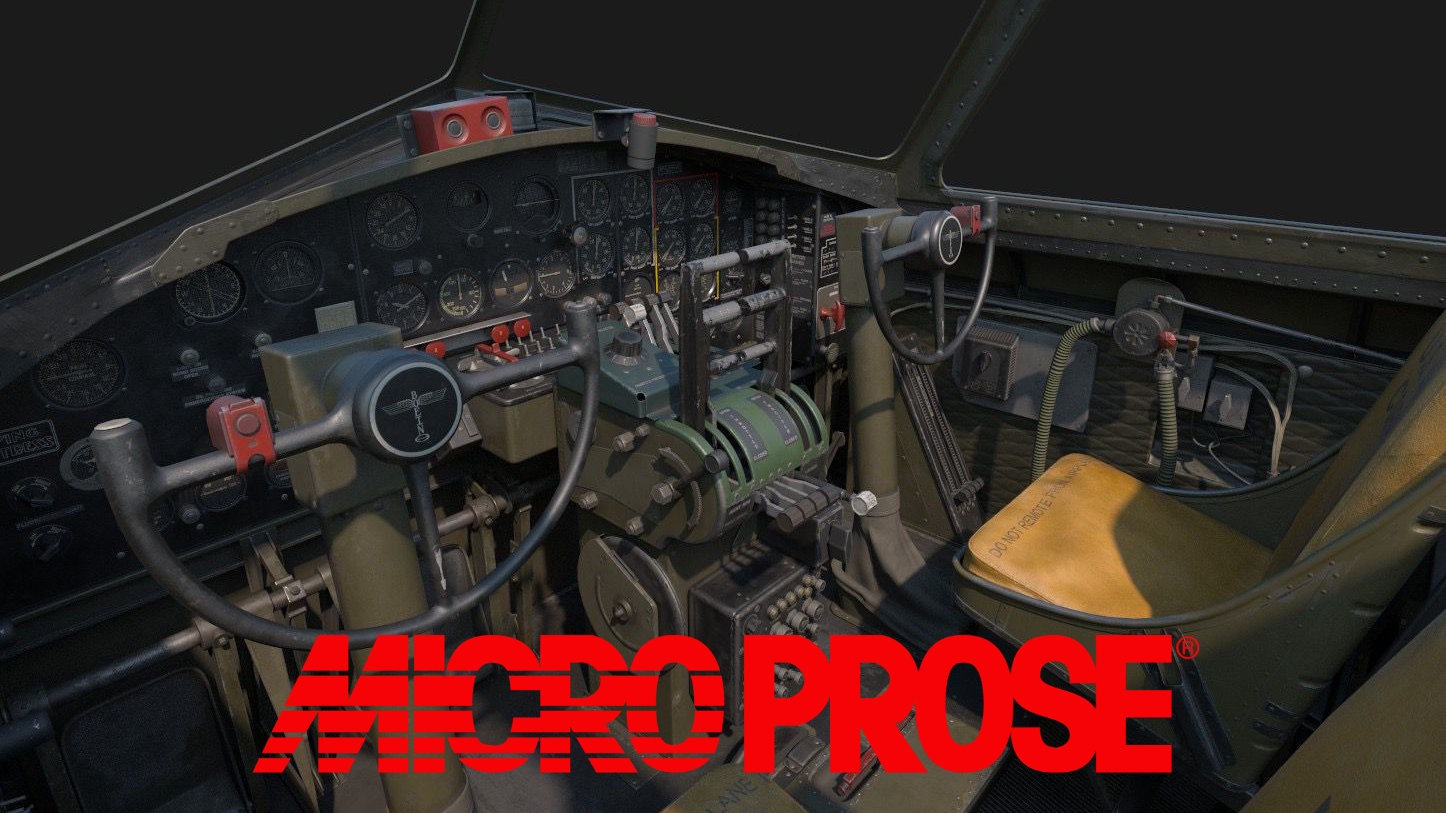 RPS: Will MicroProse Mk II develop as well as publish?

David: Yes, we have a couple of in-house games in development which we will be announcing in the future.* One in particular is a very ambitious project that will shake things up in its genre significantly, much like MicroProse’s original projects.

* Since we spoke, Mighty Eighth, a sequel to B-17 Flying Fortress: The Mighty 8th, has been announced 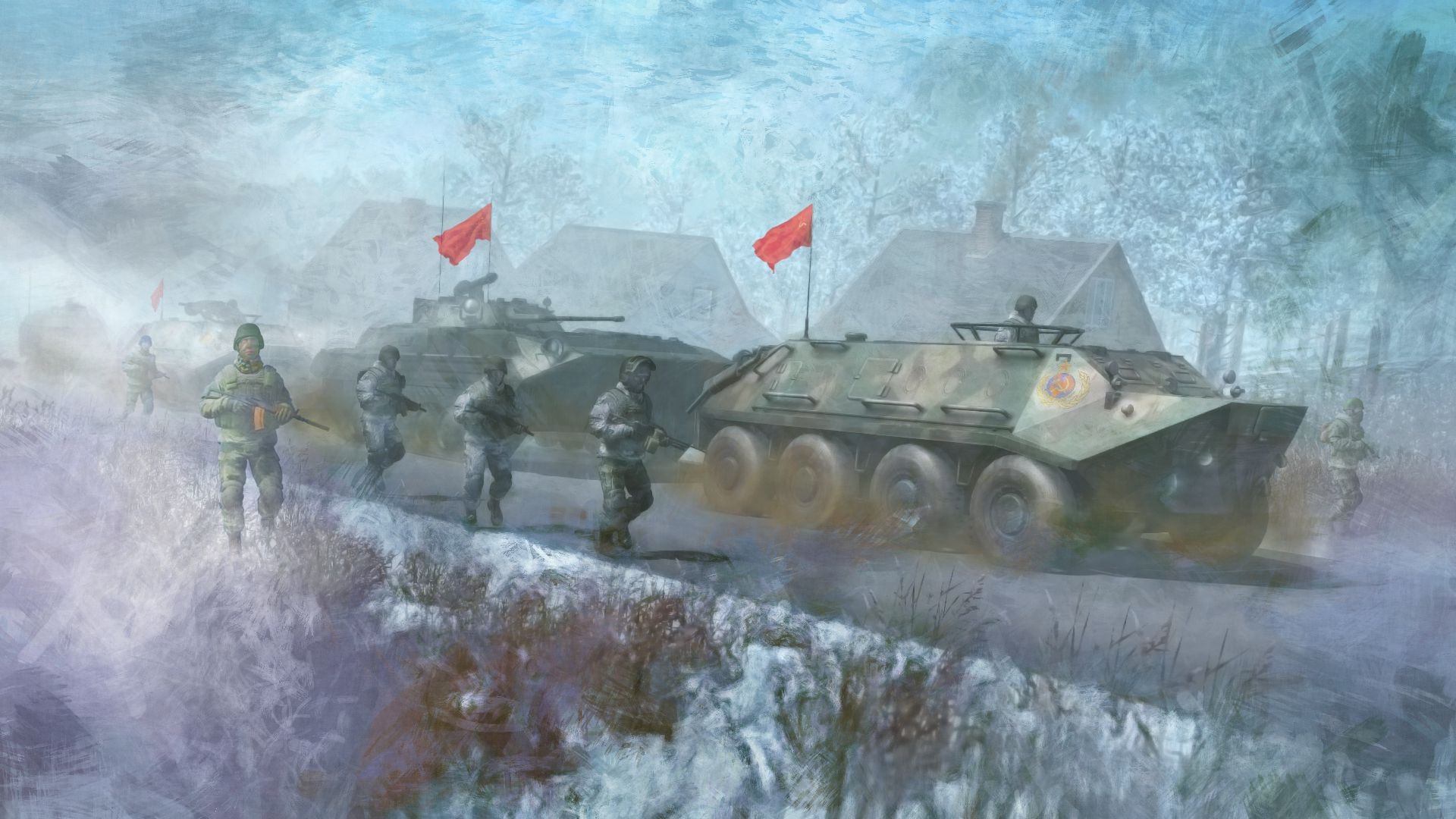 RPS: Do the wargames you've signed thus far - Second Front, Sea Power, and Task Force Admiral - have anything in common?

David: To put it simply, they are all fun, quality games being created by extremely talented, passionate developers that we are honoured to have under the MicroProse label. These are games we feel MicroProse fans would expect us to publish and support. Obviously, they all have a military theme, but these three are just the start and future releases won’t necessarily stay in that realm.

RPS: So if a dev came to you with, say, a superb train sim, sci-fi RTS, or military FPS you would consider publishing it?

David: Of course! If it was a great game and excellent quality, fun to play and I felt that MicroProse fans would embrace it, absolutely. Remember, while MicroProse was best known for its military simulations, it also released seminal titles in adjacent similar genres, such as Civilization, Darklands, Pirates! and the great Master of Magic and Master of Orion.

David: I would say very likely. They may have updated names and platforms but the MicroProse spirit will be the same.

RPS: How does the Outerra engine fit into your plans?

David: Well, without giving too much away, Titan and the Outerra engine will play a significant role in some future releases. We will be building games that many MicroProse fans would be dreaming of us building and will allow gamers to play in ways they never could before. 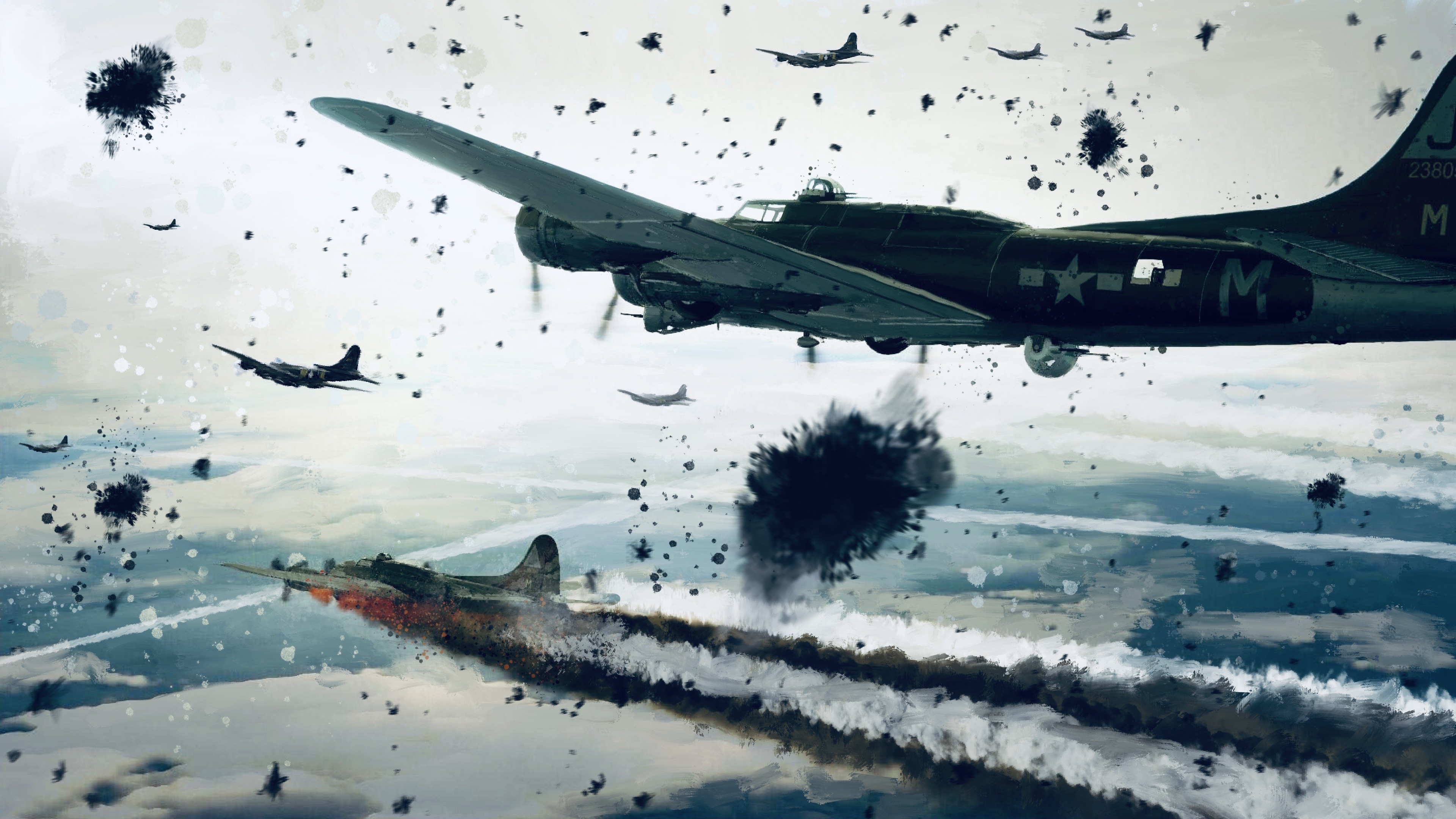 RPS: The likes of Slitherine and 1C Game Studios must be reading your press releases with interest. Do you regard them as competitors or comrades-in-arms?

David: MicroProse is here to build and publish entertaining games and we have a friendly relationship with many publishers. The games market today is bigger than ever, and there is plenty of room for great games from quality publishers. 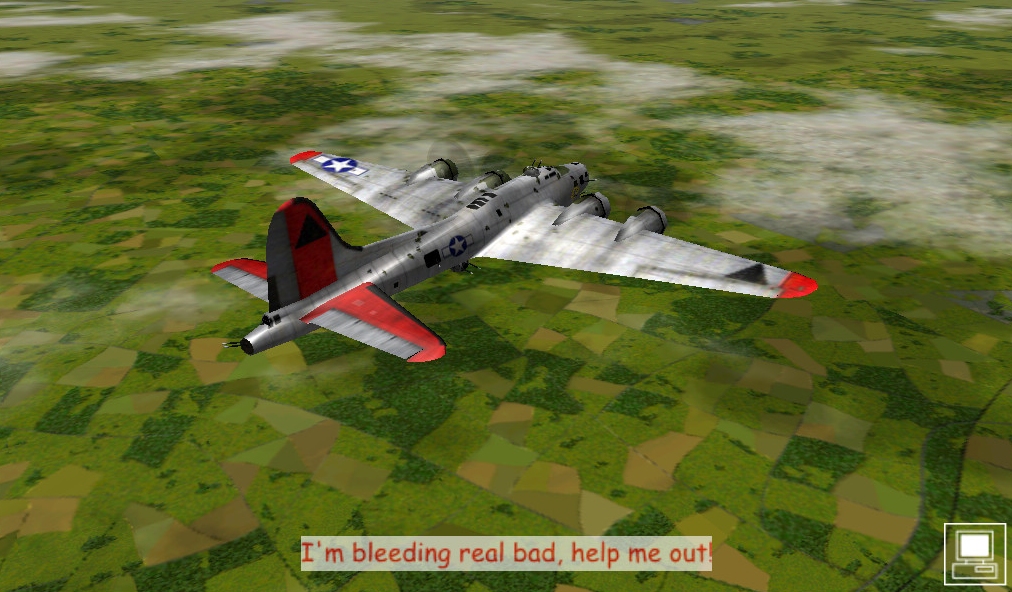 RPS: I'm a teenage World of Tanks/War Thunder player interested in exploring MicroProse's back catalogue – where would you recommend I start?

David: It’s such a huge catalogue but I’d recommend personal favorites like Falcon 4, M1 Tank Platoon, B17 Flying Fortress: The Mighty Eighth, and European Air War – any of those would be a great start, though keep in mind the learning curve was a bit steeper in those days!

Although the MicroProse of 1998 was a very different company to the MicroProse of 1988 - founders Bill Stealey and Sid Meier were long gone, and a second take-over (Spectrum HoloByte → Hasbro Interactive) was imminent – it shipped three of its most famous sims that year. I only played one of the trio at the time - European Air War - and today I can't remember if that was because I was broke, busy wargaming, or because I'd heard that Falcon 4.0 and M1 Tank Platoon II, both chivvied to market by insistent accountants, were far from flawless. 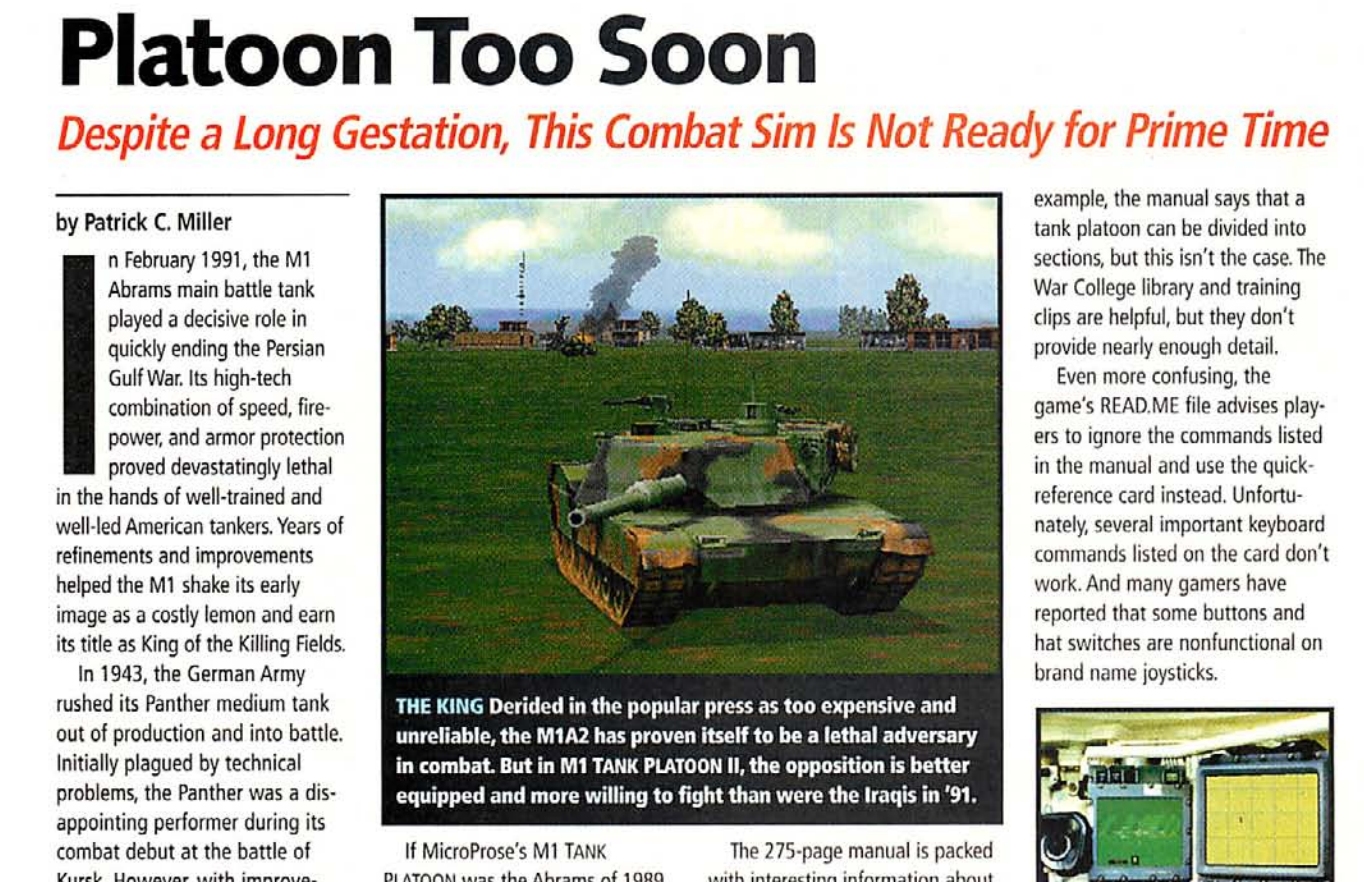 Looking at the clutch of impressive review scores M1TP2 garnered at release I suspect distraction or poverty rather than wariness was behind my abstention in its case. Backed by a lavish advertising campaign and sporting the famous MicroProse name, this tardy sequel was given a surprisingly easy ride by the magazines. Only Computer Gaming World broke rank, pluckily pointing out that M1TP2 was “riddled with bugs and poor design decisions”. 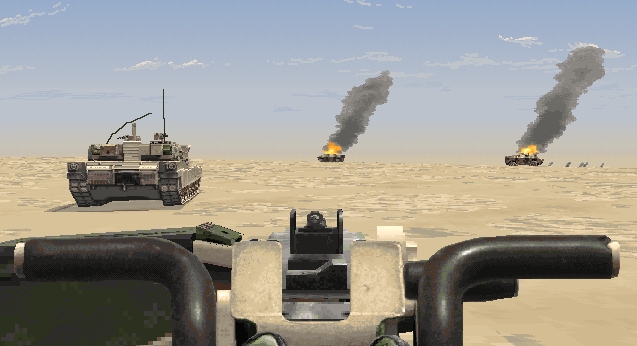 CGW's assesser Patrick C. Miller poured scorn on annoying features like a disobedient/extravagant AI gunner, and rued missing ones like binoculars, a driving position, and a visible (in first-person view) turret and hull. Even though most of the bugs and omissions would be speedily addressed by patches (sadly, the patches mentioned on the box lid were the jacket-adorning variety) that still left a sim with significant weaknesses – a sim ripe for supersession. 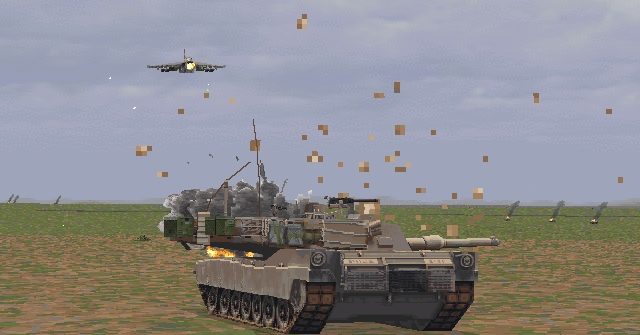 The time I've spent with M1TP2 v1.0 this week has helped me understand why so many reviewers were willing to overlook the disappointing state of the release build. Busy missions, obliging/varied targets, extravagant pyrotechnics, surprising atmosphere*, simple basics and somewhat flattering depictions of the titular MBT conspire to create a sim that's approachable, ego-kind and action-packed.

* Well-chosen sky bitmaps together with extremely basic lighting allow M1TP2 to capture the oppressive feel of an overcast day in Northern Europe better than most modern 3D games.

Whether you're playing one of the ten standalone missions or an engagement in one of the five fairly crude* 'dynamic campaigns' (North Africa, Iraq/Saudi Arabia, Russian Far East, Moldavia, Poland) , you rarely have to wait longer than five minutes before the hills/dunes in front of you are swarming with scuttling shell candidates. 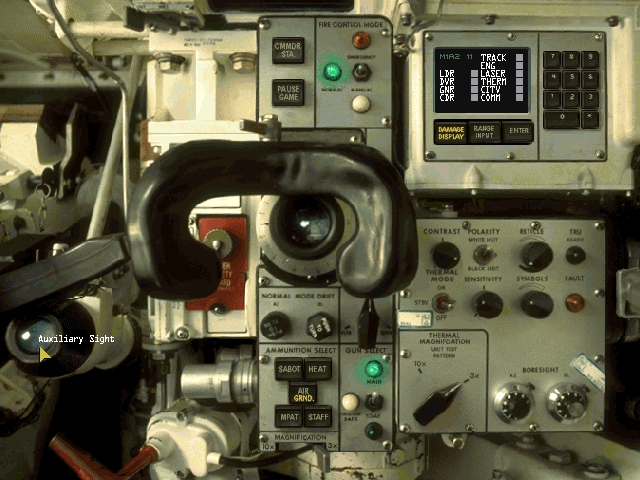 Assuming your laser range finder is functioning, gunnery is straightforward, and misses rare. The primary challenge in many clashes is keeping frailer support platoons - your Bradleys, LAVs, Humvees etc - alive. This you achieve or fail to achieve via a powerful wargame-style map display on which nuanced waypoints may be placed and adjusted. 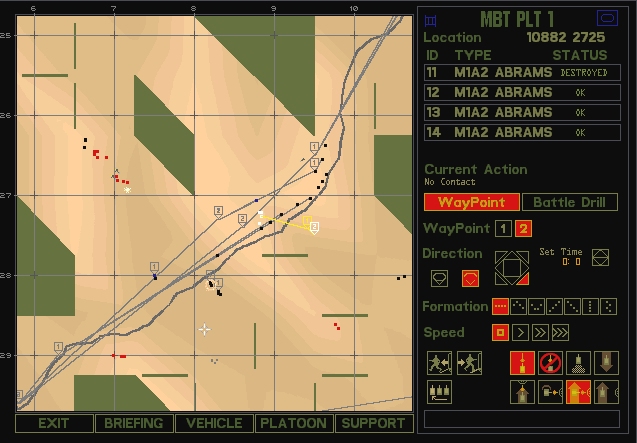 Less positively, my DxWnd-enabled trip back in time has reminded me why, prior to Panzer Elite, I spent far more time in virtual cockpits than virtual turrets. 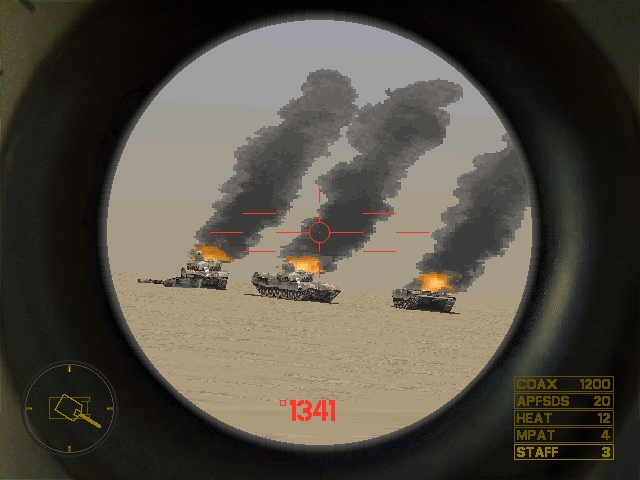 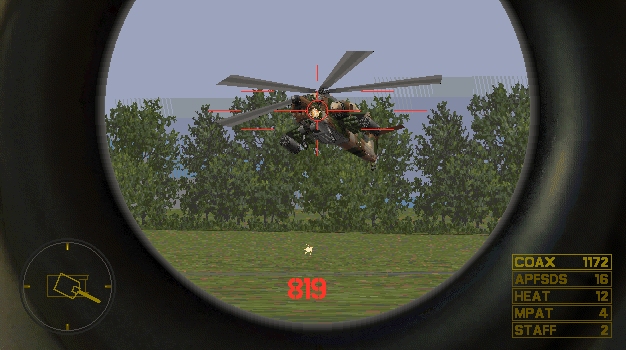 Enemy helicopters are especially daft. Yes, as advertised they sometimes duck behind trees and ridges, but more often than not Hinds and Alligators loiter in clear view, low to the ground, positively asking for HEAT rounds to the vitals.

Even more dated are the killing fields. The venues MicroProse provided in 1998 are impressively spacious, but, gosh, how barren they look today. If you're lucky, vistas are enlivened by a few structures, 2D treelines, and impenetrable-even-to-infantry blocks of forestry. The dearth of scenic detail means there are none of those “Did that distant boulder/bush just move?” moments that help make newer tank sims like Steel Fury and Steel Beasts PPE so tense.

I'd argue none of the later MicroProse sims were hamstrung by engine limitations as severely as M1TP2 and that none will benefit more from Outerra's astonishing talent for terrain rendering. While I'm excited at the prospect of new instalments of B-17, Falcon, and Gunship, I'd love to see M1TP3 at the head of MicroProse's second wave of sims.