Dear Simon, Your Dad sounds like a chap after my own heart. It's quite possible we were both in the Kerovian Republic at the same time. We might even have shared the same aviodyne gondola or stood atop the same stinking jagiphant carcass! In answer to your birthday present recommendations question, as it happens I have recent play experience of both of the titles you are considering. Steam tells me I played Winter War (£15) for ten hours before putting it aside disappointed. 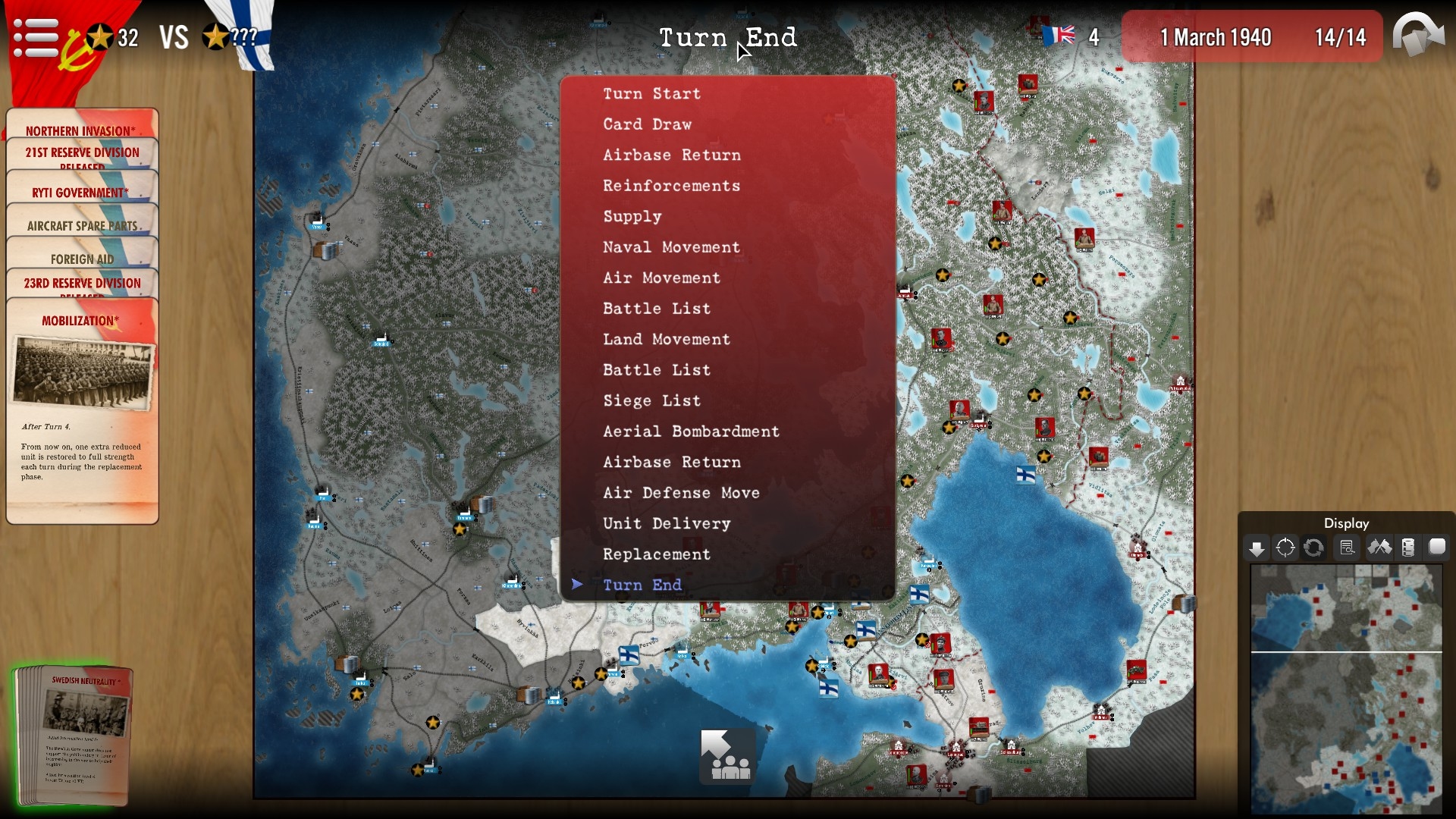 As you probably know Philippe Thibaut's latest uses a modified version of the Wars Across The World engine to simulate the Soviet invasion of Finland at the start of WW2. Turns are elaborately phased (see above), IGOUGO, and represent seven days of conflict. The longest of the game's six bilateral scenarios lasts fourteen weeks/turns and takes, according to dev Avalon Digital, roughly four and a half hours to complete. I waltzed through it twice in that time, achieving convincing victories both times, for reasons I'll explain in a minute. 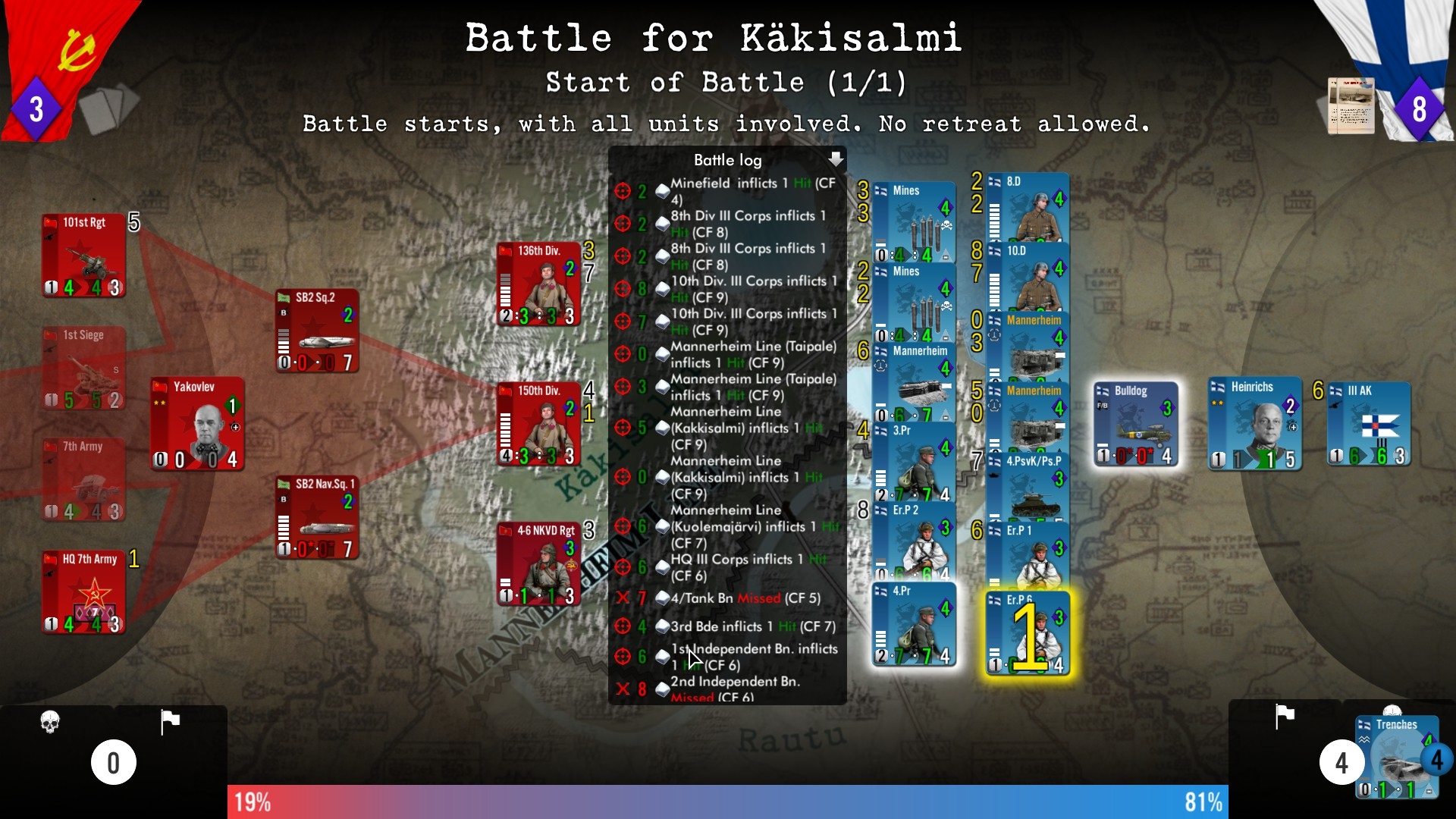 Even if your Dad hasn't played WATW he shouldn't have any trouble navigating Winter War's mechanics and UI. You move and reorganise armies by dragging and dropping unit counters. Combat is totally automated – forces that finish up in the same map area trading blows until one side is destroyed or persuaded to retreat, or the three-round time limit is reached. 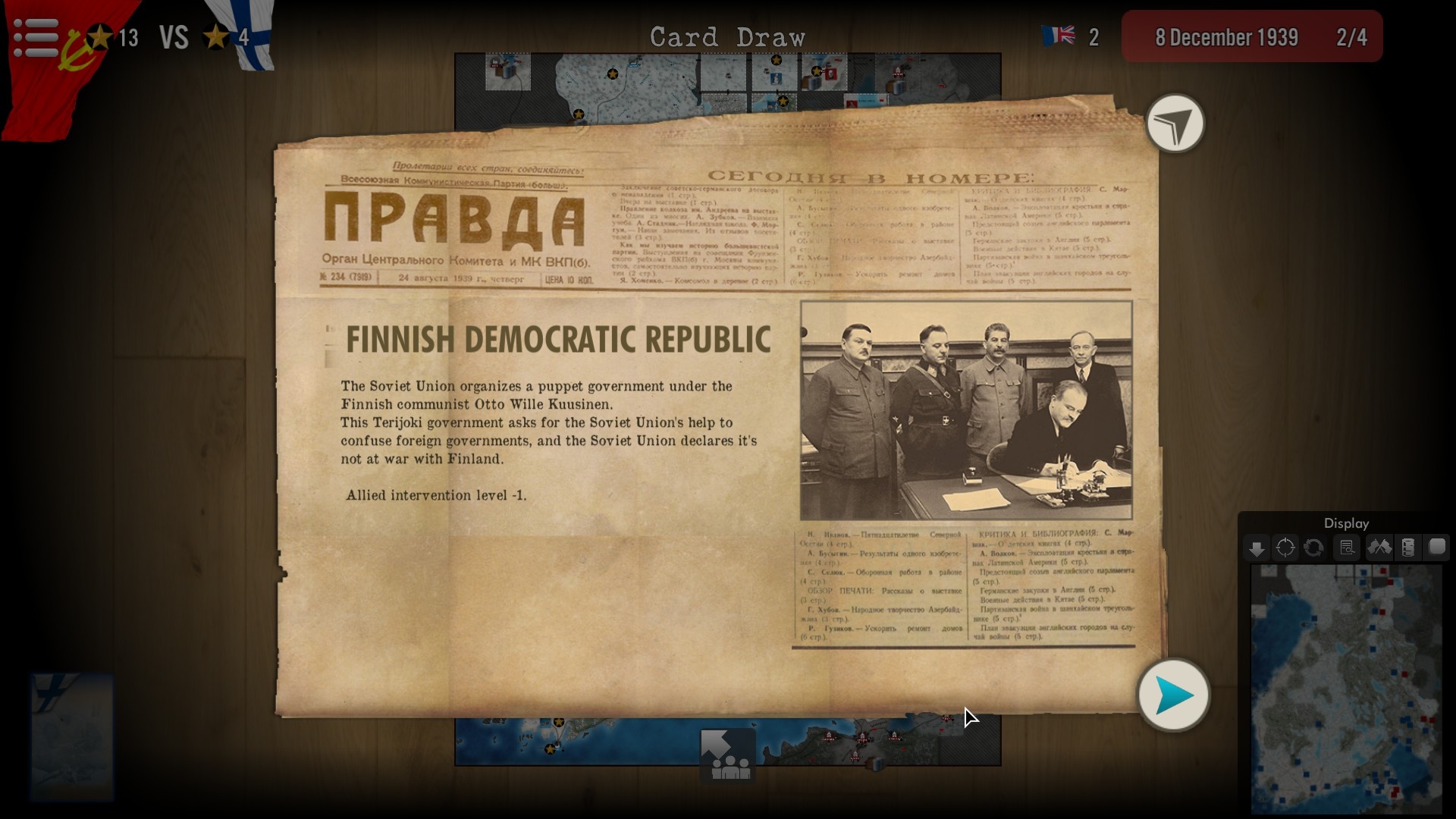 Wargame fundamentals like morale, terrain, and combined arms tactics are deeply and elegantly embedded. Scripted turn events, a deck of bespoke cards, and a host of custom rules, ensure plenty of period and geographical flavour. What they don't ensure, unfortunately, is plausible AI behaviours and sufficient challenge. 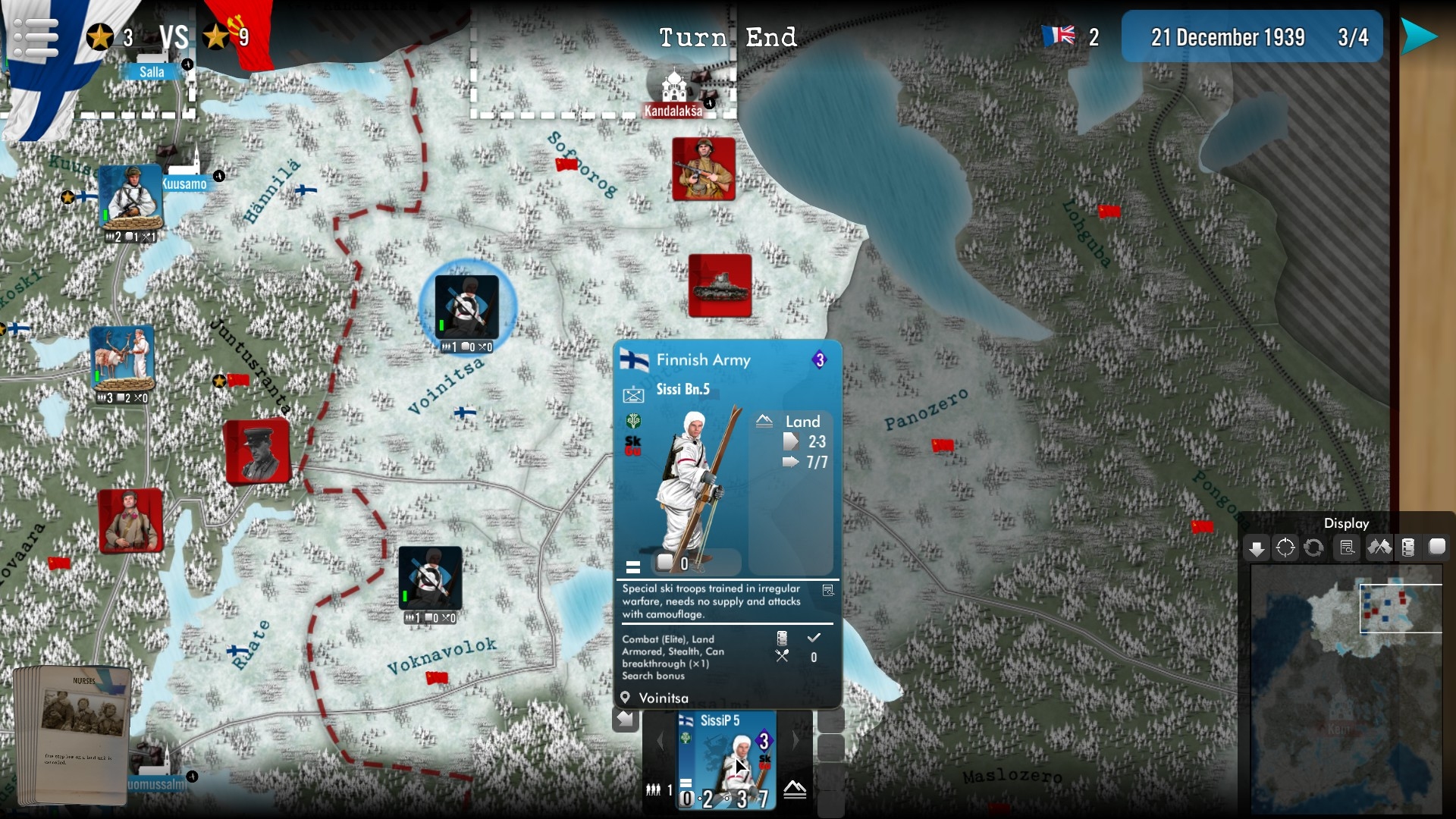 I found leading the Finns (apparently the trickier proposition) in the full Winter War scenario pretty soporific, to be honest. There's a bit of fun to be had roaming the narrow Soviet rear with small bands of hard-to-detect Sissi ski troops, but most of your units are likely to spend the majority of their time waiting for poorly executed Soviet assaults on heavily mined eastern fortifications like the Mannerheim Line. 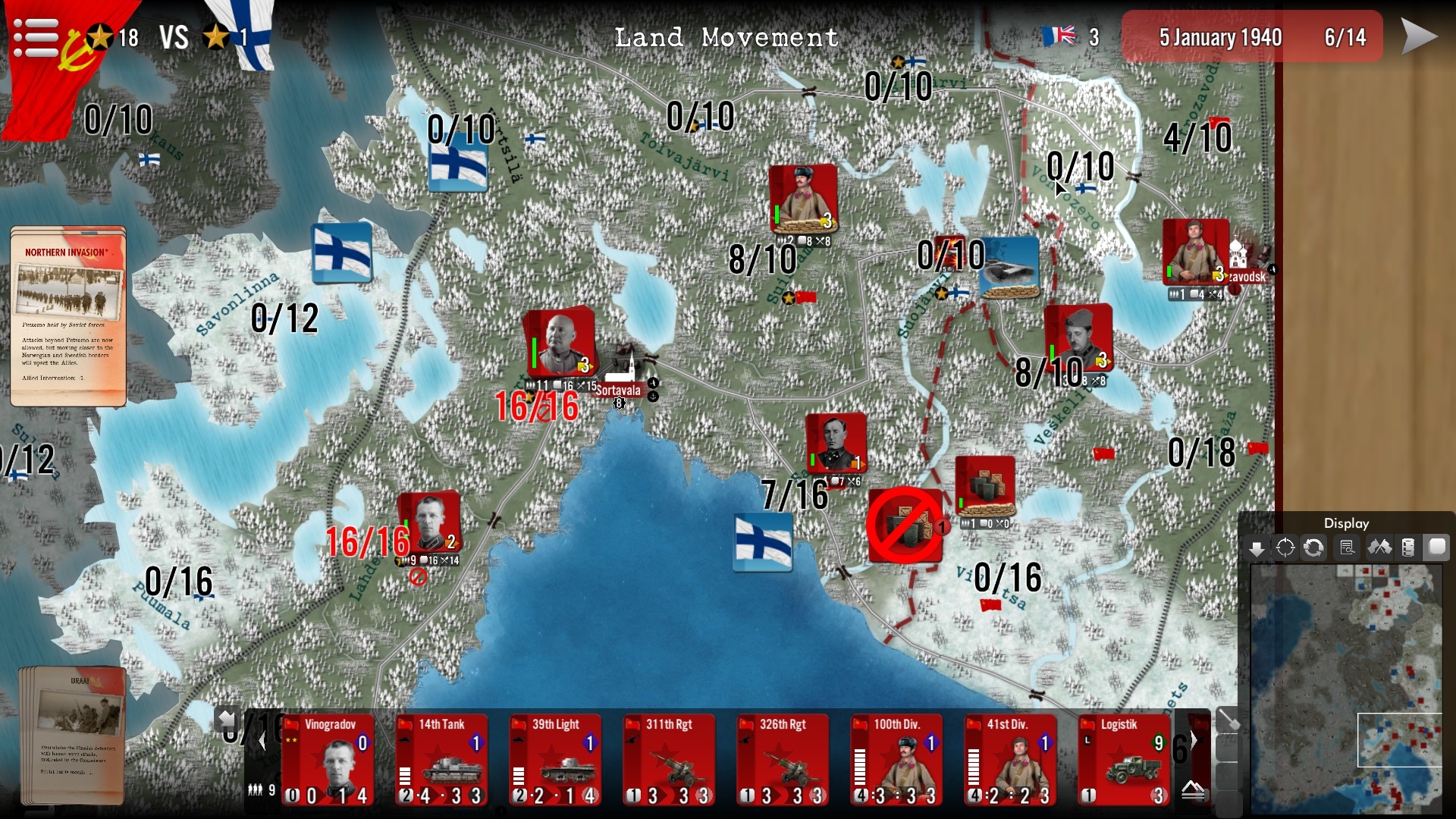 Playing as Stalin's steamroller, although there's more incentive to push, the western half of the attractive map still feels slightly pointless. When you can achieve a “major victory” by securing relatively small corridors of land in the north and south, why take on the heavily defended provinces on the Karelian Isthmus and around Helsinki? 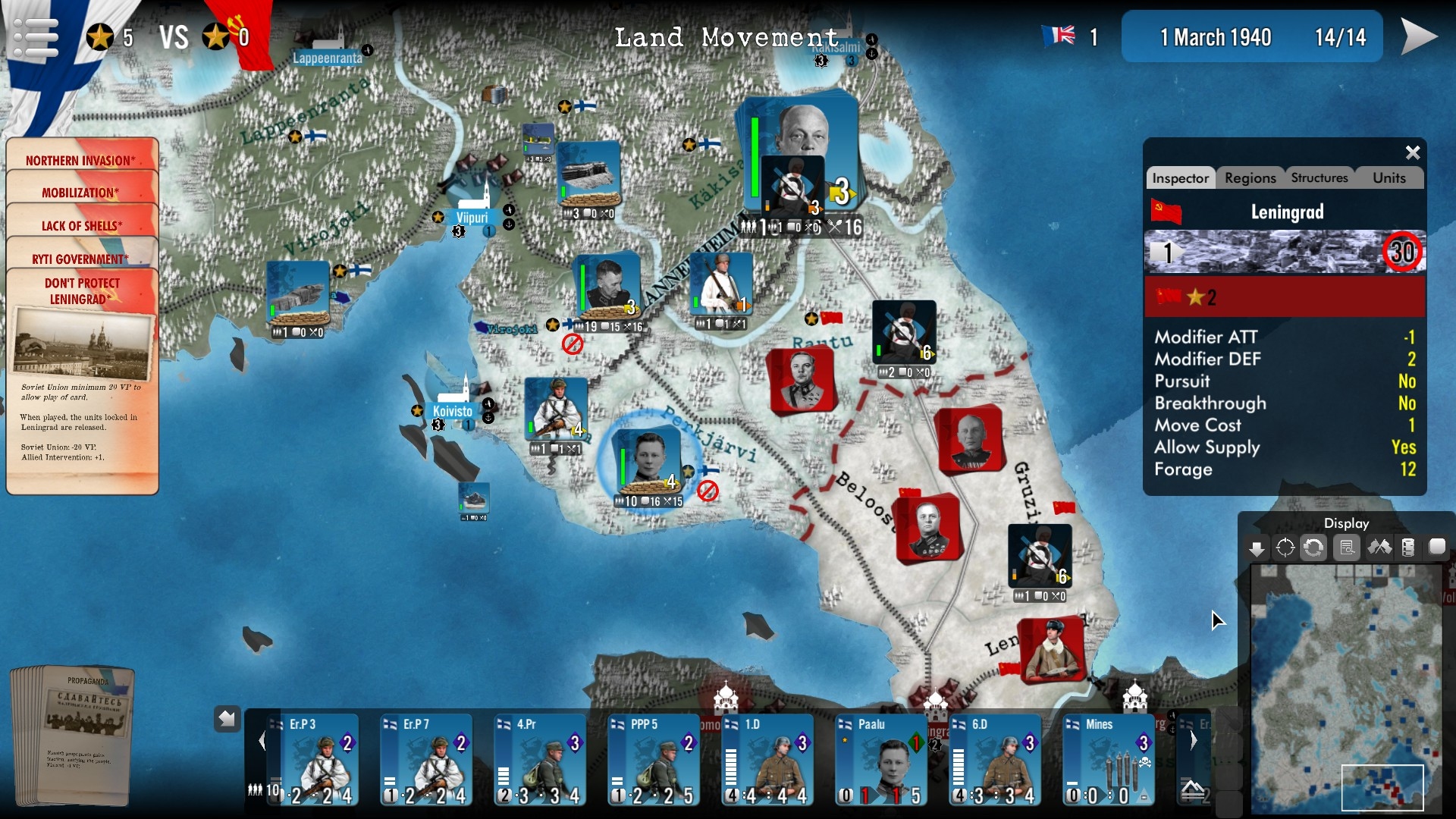 Ultimately Winter War is undone by the same thing that scuppers many of Wars Across The World's add-ons – kitten-weak AI. Foes attack when they really shouldn't, they use crucial cards unwisely, they leave orphaned leaders and depots metaphorically and literally out in the cold, and - despite map features and rules tweaks perhaps designed to mimimise the blindspot - they remain too vulnerable to supply strangulation. Whether playing as the Finns or Soviets, I never got the feeling I was facing a compos mentis opponent – someone with a plan or a fiery determination to win. For £15 and after talk of major code revisions I expected more. 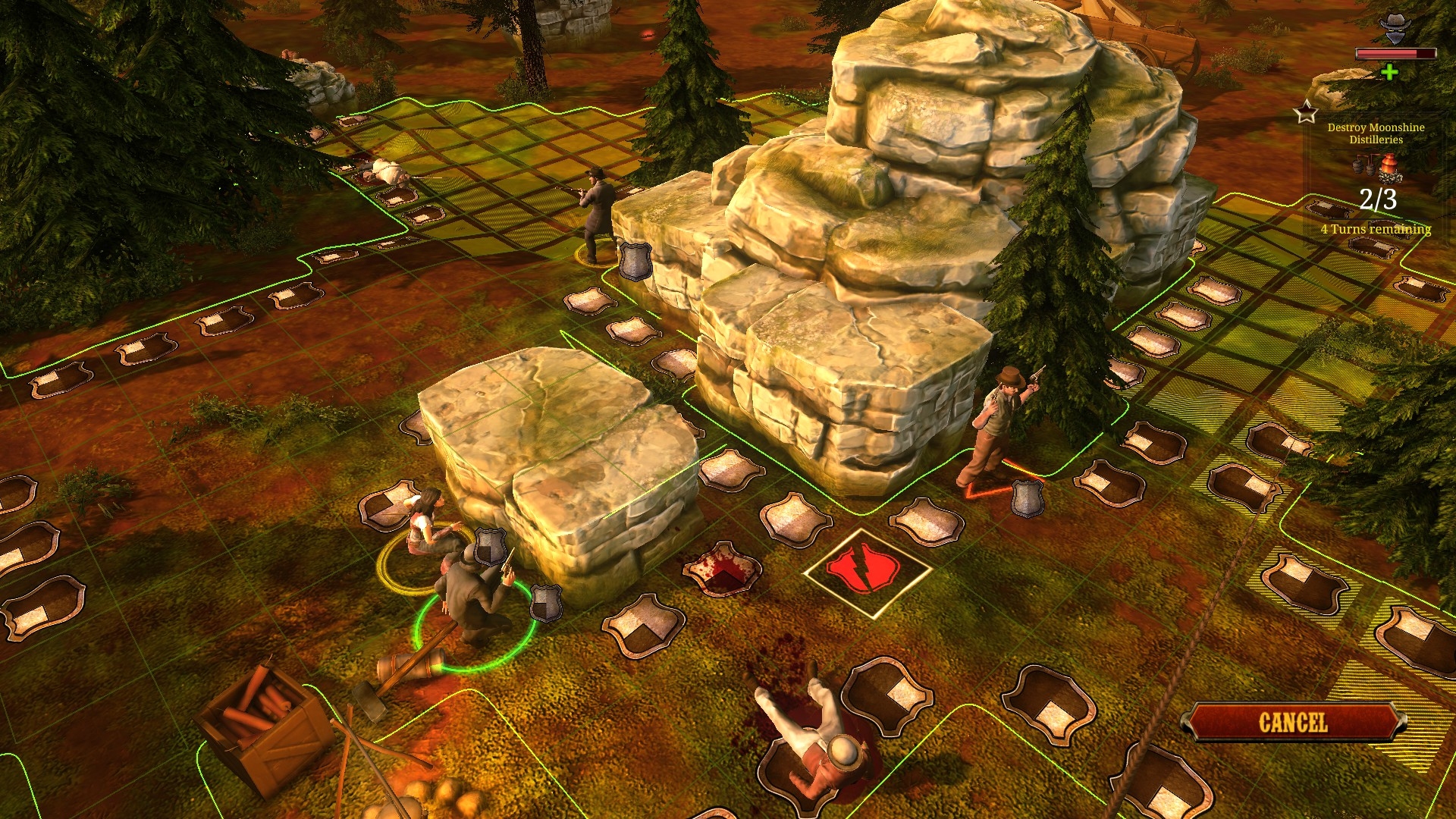 The Feud: Wild West Tactics (£23) is a very different kettle of catfish. Like you I wasn't wholly convinced by the demo. However, the trial mission's suggestion of cramped venues and solid but uninspired skirmishes is misleading. With twelve hours of IGOUGO potshotting and potbelly-stabbing under my gun belt, I now wouldn't hesitate to recommend this Western X-COM-like. 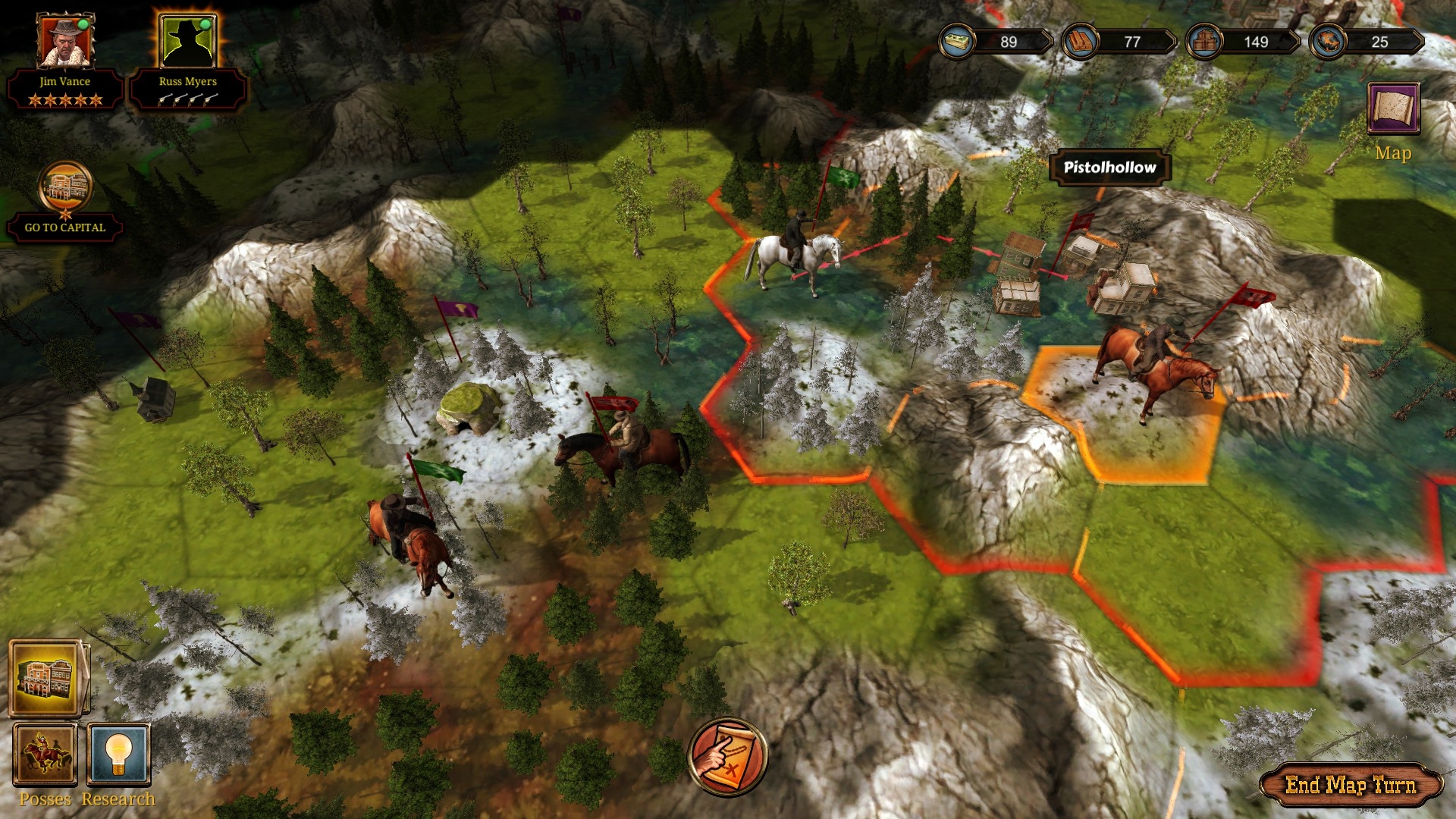 Seven of those twelve hours were spent engrossed in the first of the game's three linear campaigns, the rest dabbling with the 'saga' and skirmish modes. Saga, an ambitious affair in which skirmishes are the fruit of encounters and exploration on a randomly generated Civ-style map, and personnel and facilities must be cultivated in order to further the interests of your clan, is as tough as a bison bull's brow at present. Once developer Galaxy Pest Control has retarded enemy clan levelling rates a tad (a patch tackling this is on the way) its true potential should be unlocked. Even now when most games end with hometowns being trashed by high-level hostile posses a few hours after the start, it's far from shabby. 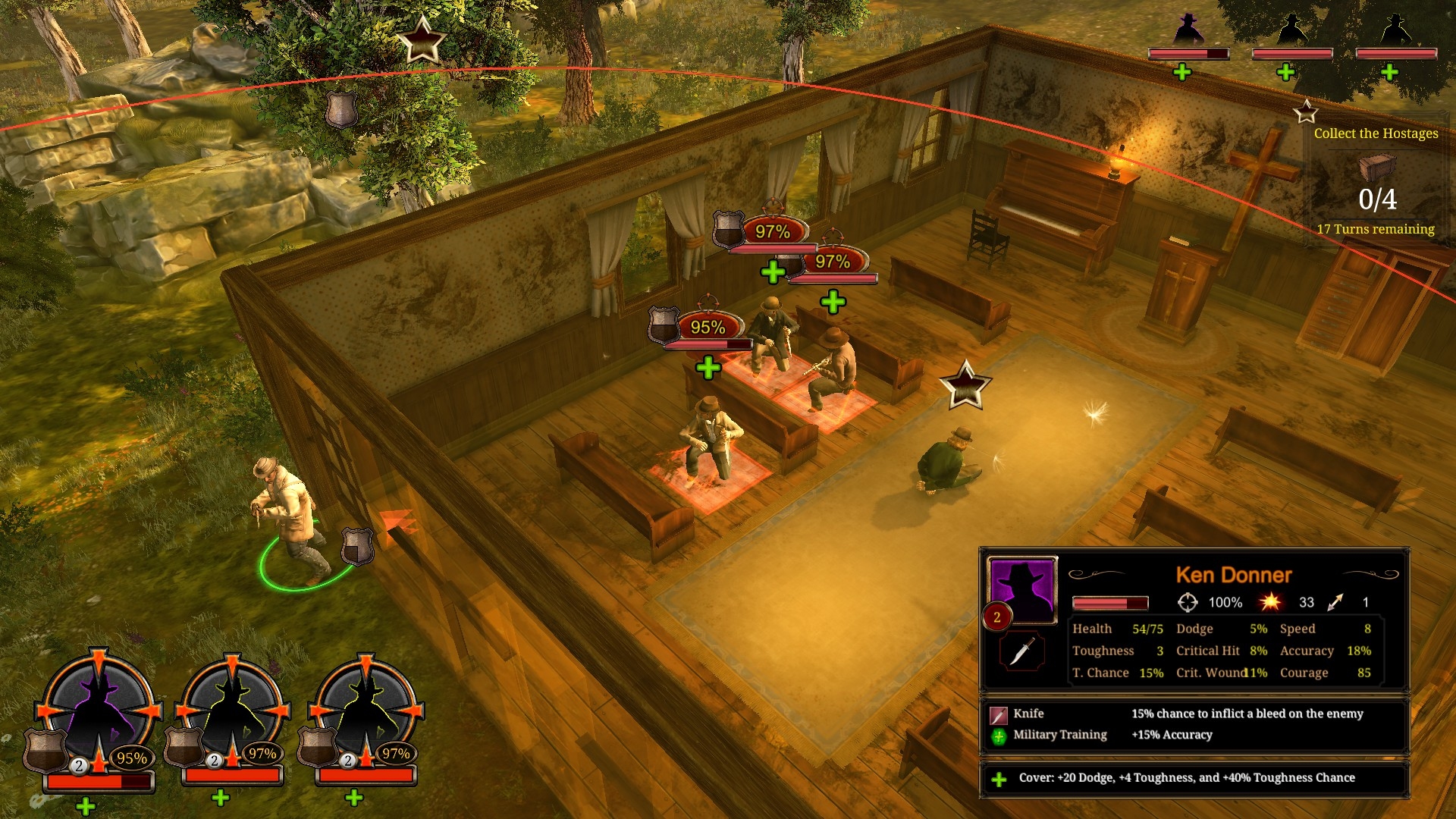 Not only do you get to organise and orchestrate your own posses, you oversee research, equip and develop heroes, hire gunfighters and buy horses. Entering a random encounter hex for the first time triggers anything from a bandit ambush to a hostage rescue mission, a deer hunt to a texty trading opportunity or stroke of good/bad fortune. 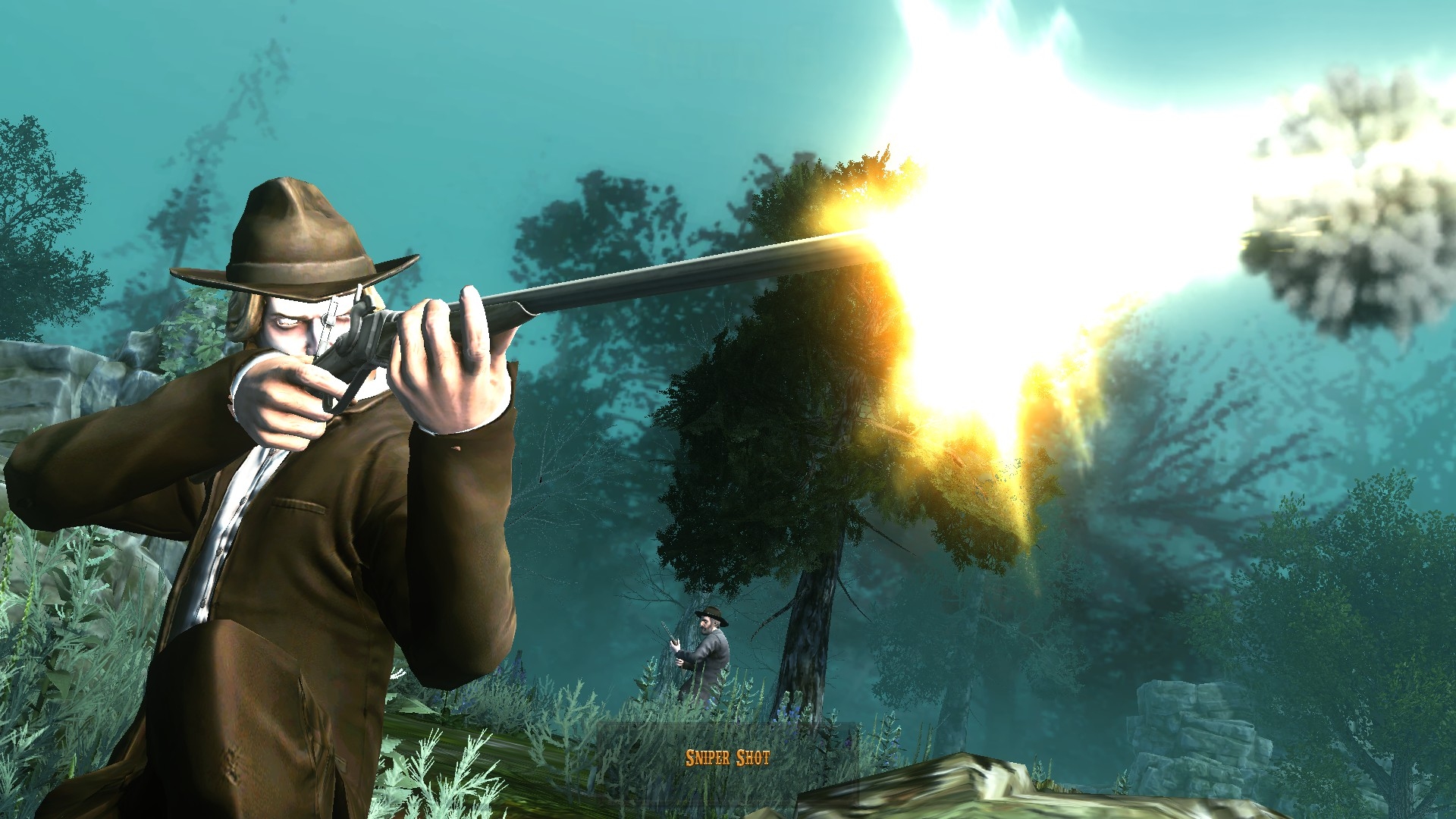 Happily there's plenty to do while GPC balances saga mode. Judging by the first of the three twelve-mission campaigns, there's at least 21 hours of play in story mode, and absorbing play at that. 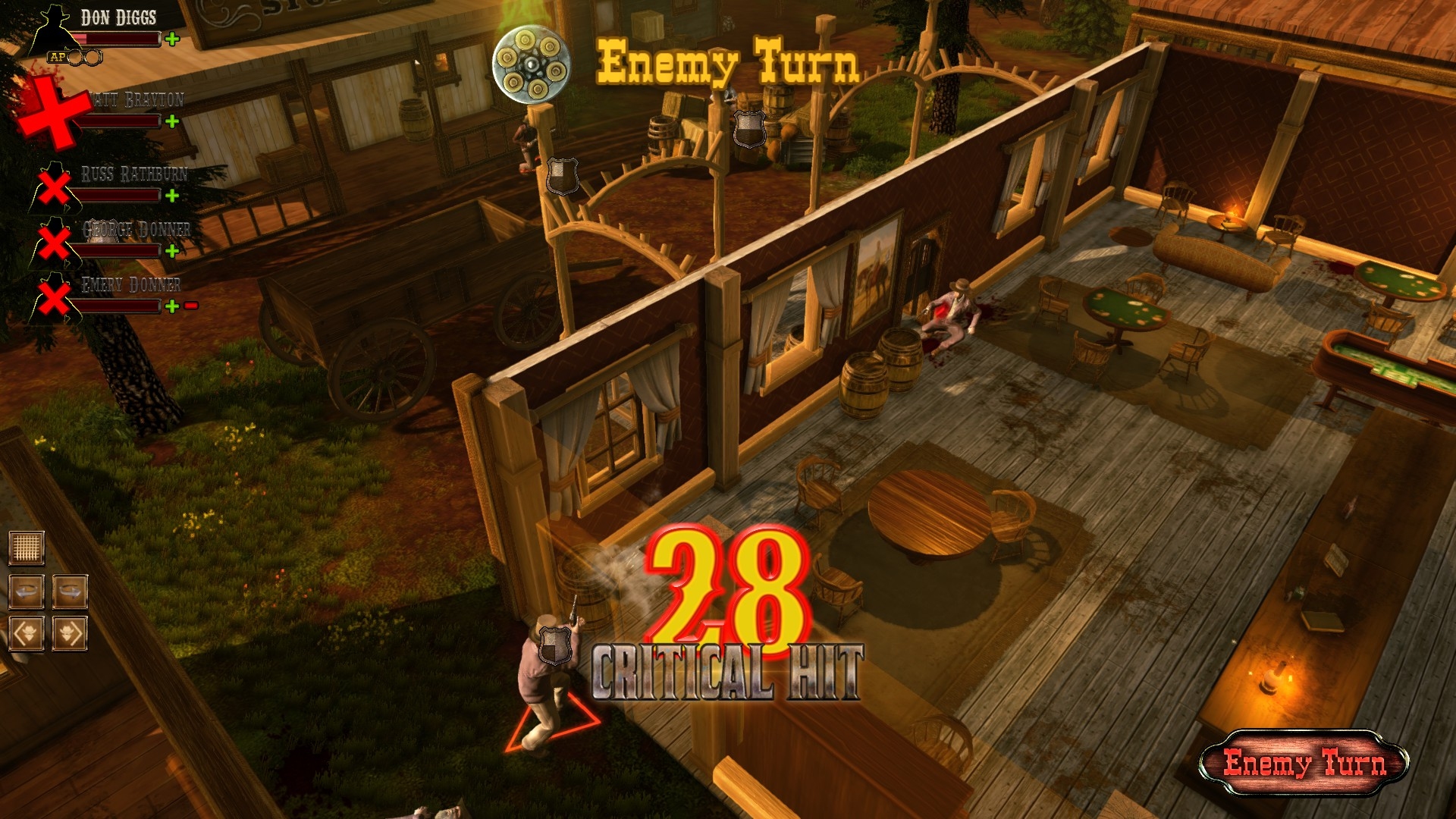 The Feud's AI makes Winter War's look comatose. In gunfights lively unscripted opponents use cover, weapons and special abilities adroitly; they heal each other, and know when to retreat or try new avenues of attack. 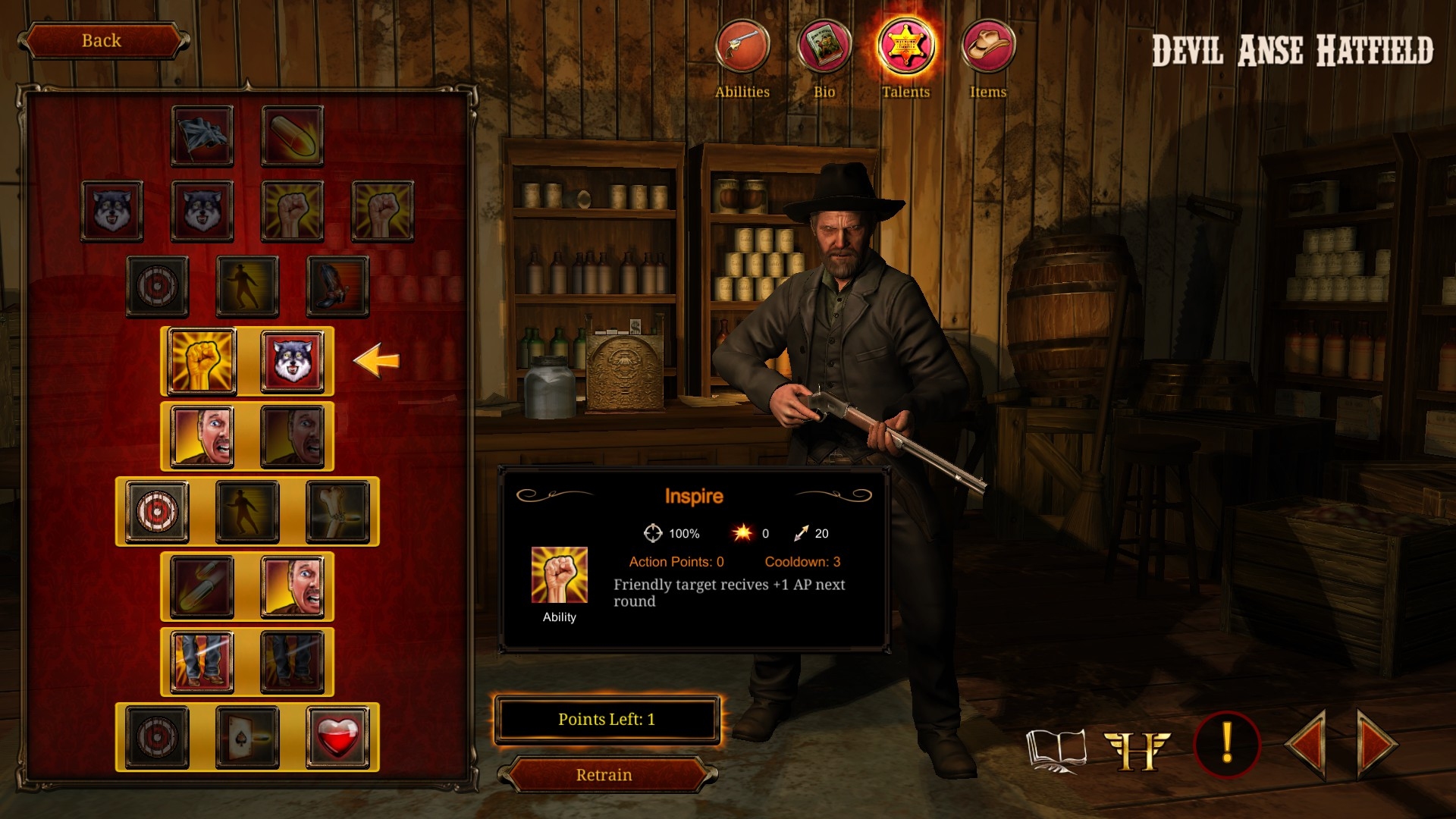 What could, in other hands, have been a fairly repetitive sequence of "Kill X foes" or "Survive for Y turns" challenges, is kept engaging by regular injections of new characters, weapons, and abilities – the latter manually acquired when levelling up – and by combat shorthand that's both colourful and intelligent. 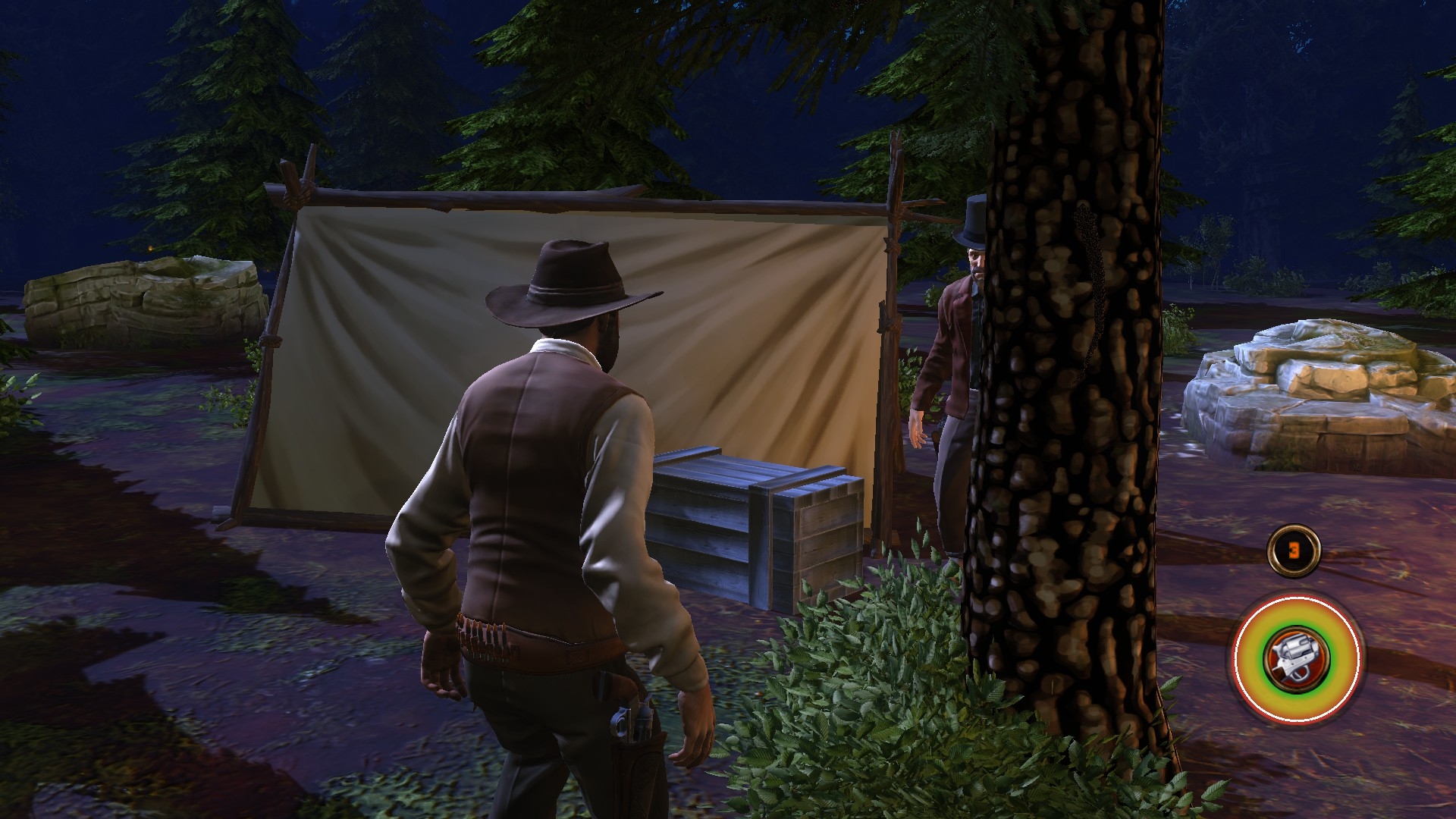 Each turn characters can spend their two (usually) Action Points in a number of different ways. In addition to standard attacks, reloading, movement and overwatch orders there's a plethora of entertaining special orders that can, if used well and Lady Luck is in a good mood, transform scraps... After Doc Travis drops a medical bag within reach of bleeding Jim Vance, Cap Hatfield tries to disarm the badman behind the pine tree with a rifle shot, while Devil Hatfield attempts to spook the knife-wielding foe about to coup de grâce KOed Rita Sanchez. Jim heals himself using Doc's bag then fires a swarm of buckshot that not only hits its target but also activates his 'Showdown' pocket watch. I click the glowing timepiece and the nearest foe, initiating a tense cinematic standoff that ends spectacularly when I, on Jim's behalf, stop an erratically pulsing circle at precisely the moment it touches a central sixshooter icon, prompting a bloody Critical Hit cutscenelet. 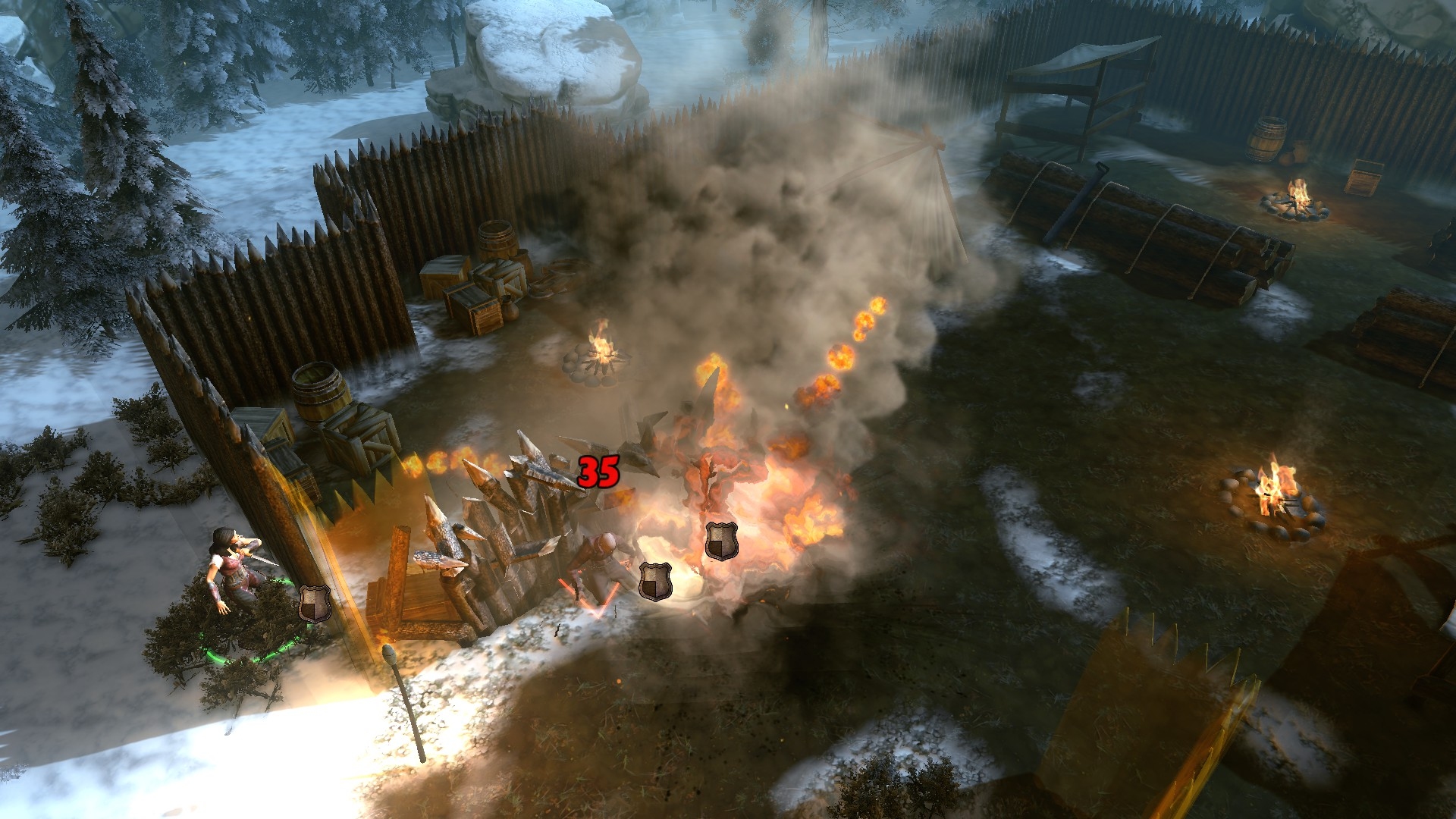 GPC have clearly put a lot of thought into combat rules. Dynamite and Molotov tossing is a giggle thanks to destructible scenery and a bounce/miss chance. In one of my last scraps – a classic cattle town fracas involving lots of alley dashing and sniping from windows – things looked grim until a careless badman accidentally evened the odds by winging a powder barrel with a shotgun blast. 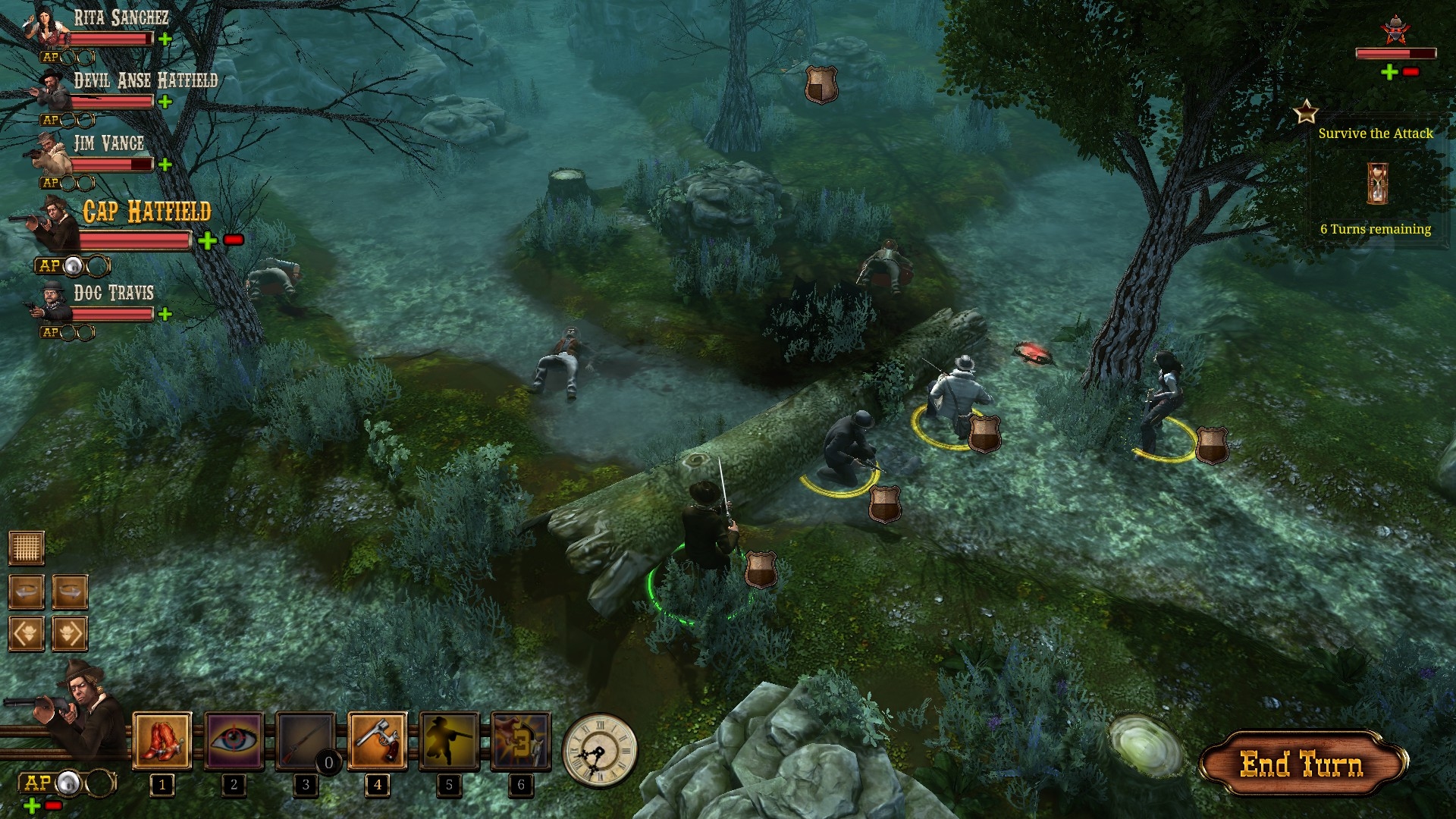 One of the tastiest tactical ingredients is the “quirks” that hired guns (saga mode) and allies (story mode) bring to the playgrid. If you're unlucky, in the heat of battle “easily confused” Luther Perkins will target a friendly rather than a foe, “strong headed” Joe Smith will spend his own APs on a reckless advance, “drunk” Hardy Woodfield will take a swig from his whisky bottle instead of using his pistol, and butter-fingered Donald Campbell will fumble a vital reload. The drab attritional combat systems found in many traditional wargames would benefit from a pinch of The Feud's battle pepper. 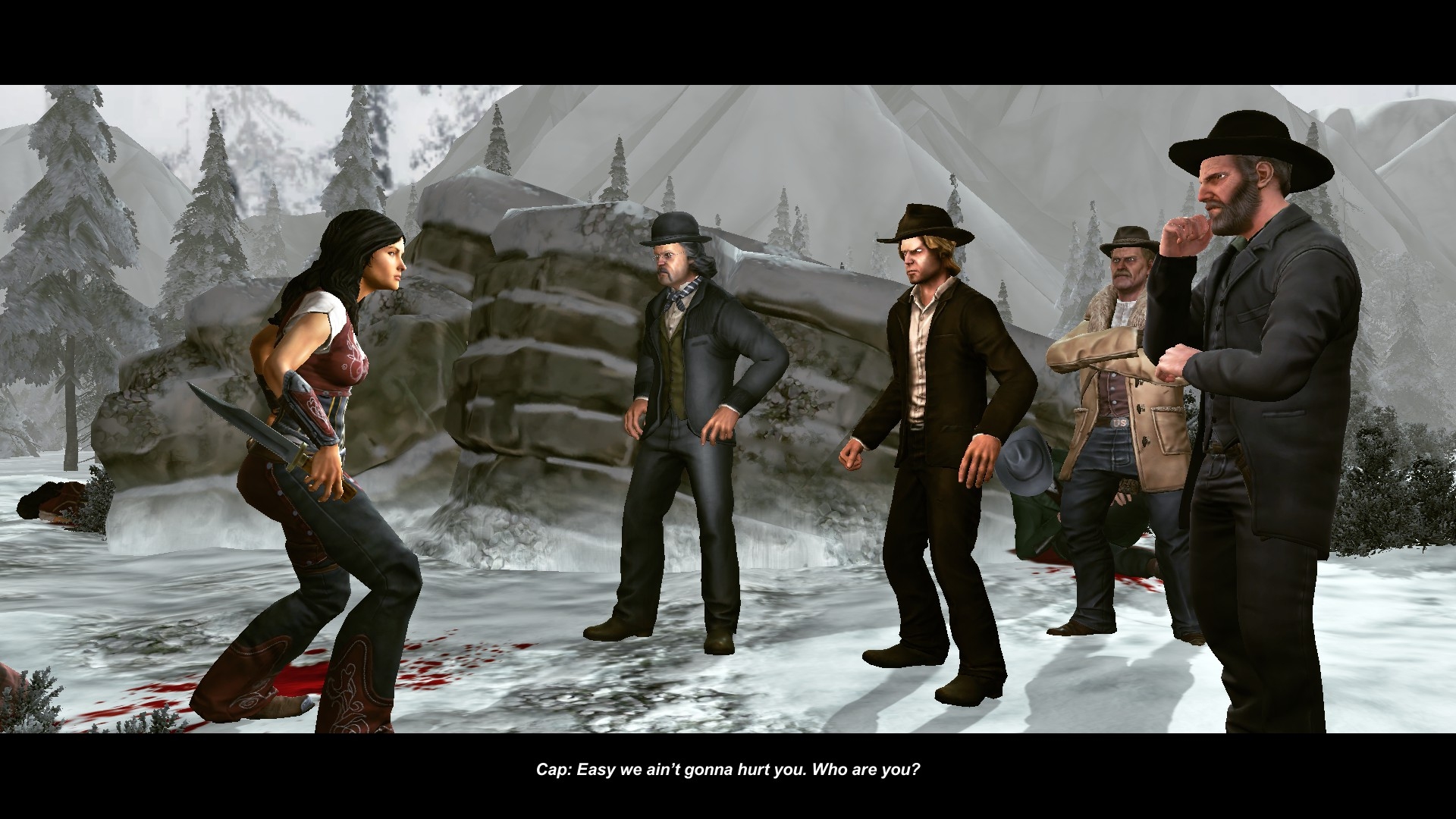 As the tactical side is so well executed, the game's mediocre but spirited writing, and lack of voiced cutscene dialogue and vocal cues is relatively easy to overlook. 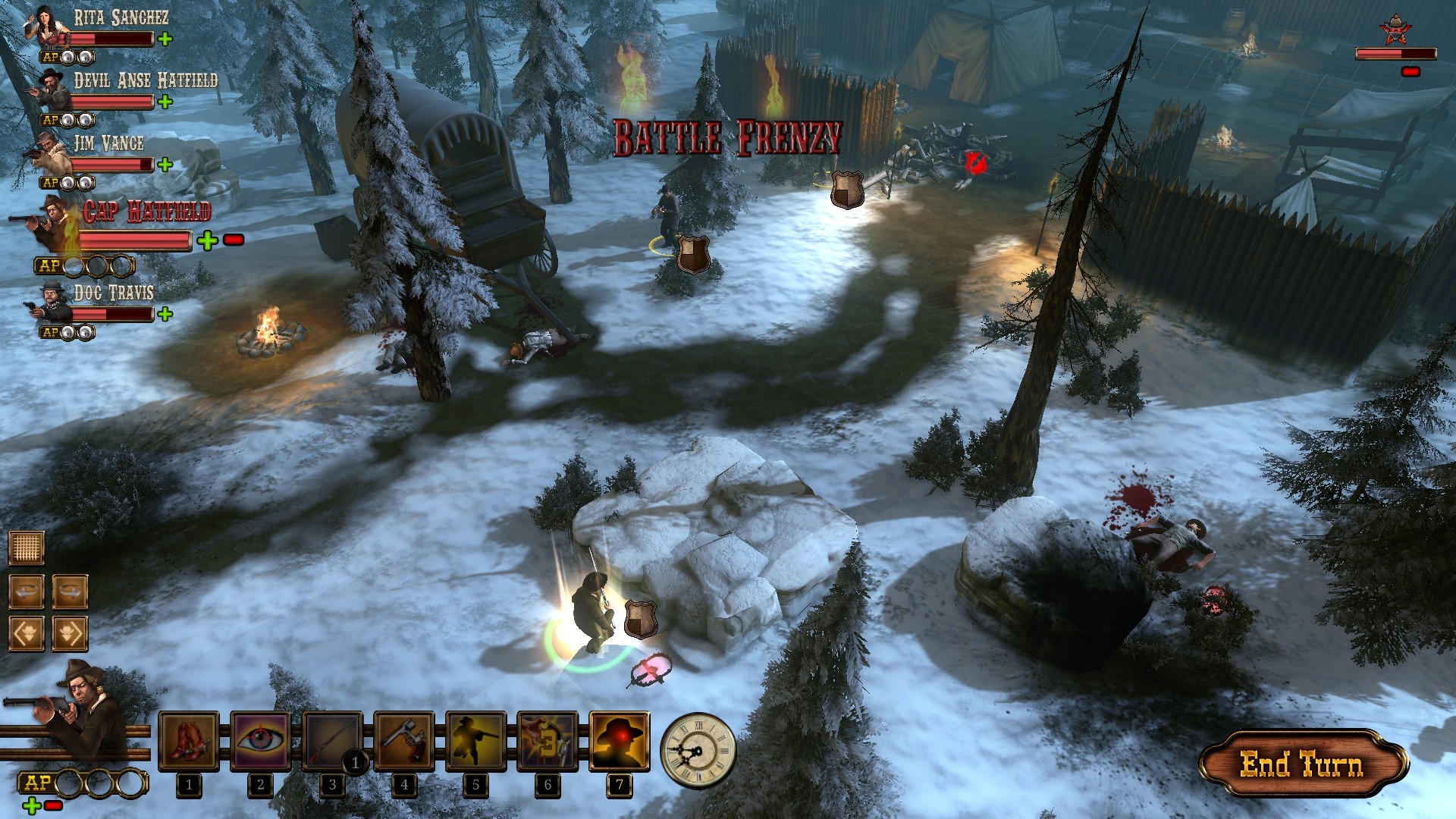 It's been years since I warmed to an X-COM-like the way I've warmed to this one. From what you've told me about your father (Liked Jagged Alliance, Silent Storm, and 101: Airborne Invasion of Europe ... partial to a Spaghetti Western and a bit of Mount & Blade) The Feud: Wild West Tactics should suit him down to the ground.

All the best,
Tim