Thanks to money raised by the last Flare Path Funicular Fun Run, our somewhat neglected six-year-old Reading Room has recently gained a third wing. While the addition hasn't brought the climb and turn rate improvements that some wags predicted, Joyce, the Chief Librarian, couldn't be happier with the extra capacity. As she said to me this morning while surveying her new vacant tome tenements “We're finally ready for Phase 2 - that second round of book suggestions we've always talked about.”

For those who weren't around when it opened, the Flare Path Reading Room is where you go when you're looking for a 'companion text' - a book guaranteed to increase your understanding and enjoyment of a particular simulation or historical strategy game. It exists because developers of wargames and sims are often too busy or brassic to provide context, explain equipment, sketch characters, and immortalise the incidental. We rely on books to fill the gaps. 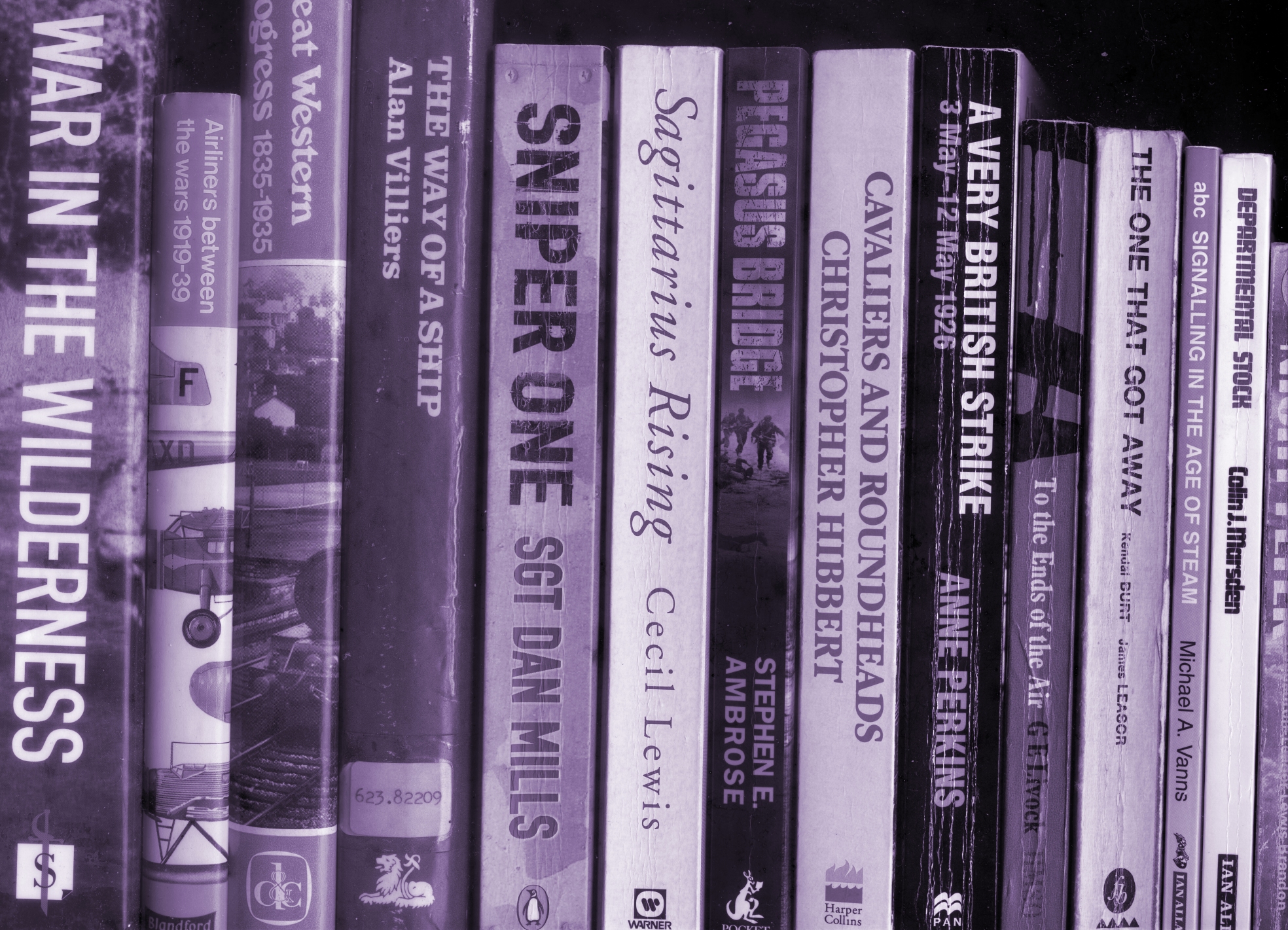 The Reading Room's original contents were suggested by FP readers in April 2012, and, assuming you're willing to help out again, the 2018 intake of volumes will be determined in exactly the same manner. What I'm hoping will happen over the next seven days is that you'll go away and search your own bookshelves/memory banks for a volume that is...

A) Very dear to you.
B) Not already on the shelves in the Reading Room.
C) Uncannily relevant to a specific sim or wargame or...
D) Maddeningly/bafflingly gameless (see on!)

...then post a short review (25-250 words) in the comments section of this column, explaining why the tome in question is Worth Reading. That bijou review will, within a day or two, appear in the original Reading Room article (In trimmed form if you - as I'm just about to do - flagrantly exceed the wordcount) together with a recommender credit and a relevant image, a coloured font indicating that it's part of the new wave.

Back in 2012 I was adamant that all suggestions come with at least one clearly defined companion game (The Hunters = MiG Alley, Run Silent, Run Deep = Silent Hunter 4, Castles of Steel = Steam and Iron etc). Joyce has suggested that this time we also fill an Inspiration Corner – a section in which the books relate to wargames or sims that deserve to exist but don't. Believe, for example, Robert Westall's The Machine Gunners is long overdue gamification? Suggest it, explaining its premise and appeal, and your recommendation will appear in a new section at the end of the main listing. 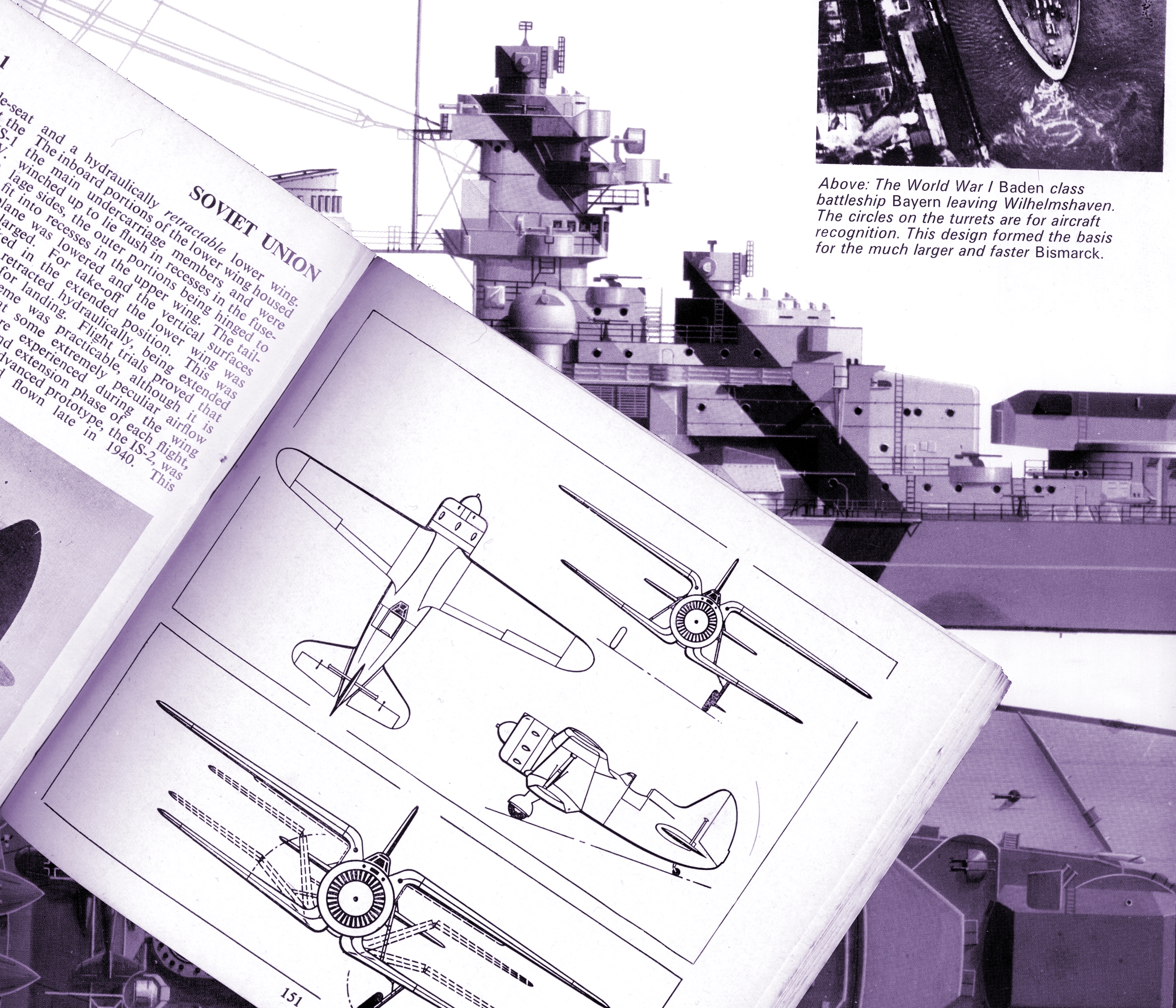 Famously broadminded, Joyce is as happy to place graphic novels on her new beech book roosts as heavyweight histories. If your candidate tome is magazine-slim, 90% photographs or drawings, or not available in English yet, we'd still like to hear about it. The book I'm adding to the Reading Room this time around, happens to be a WWI memoir, but could just as easily have been an unassuming black-and-white pocket book, or a bulky coffee table strainer crammed with colour illustrations. 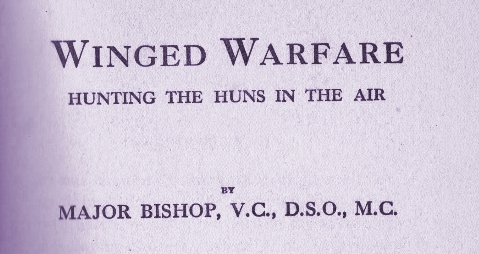 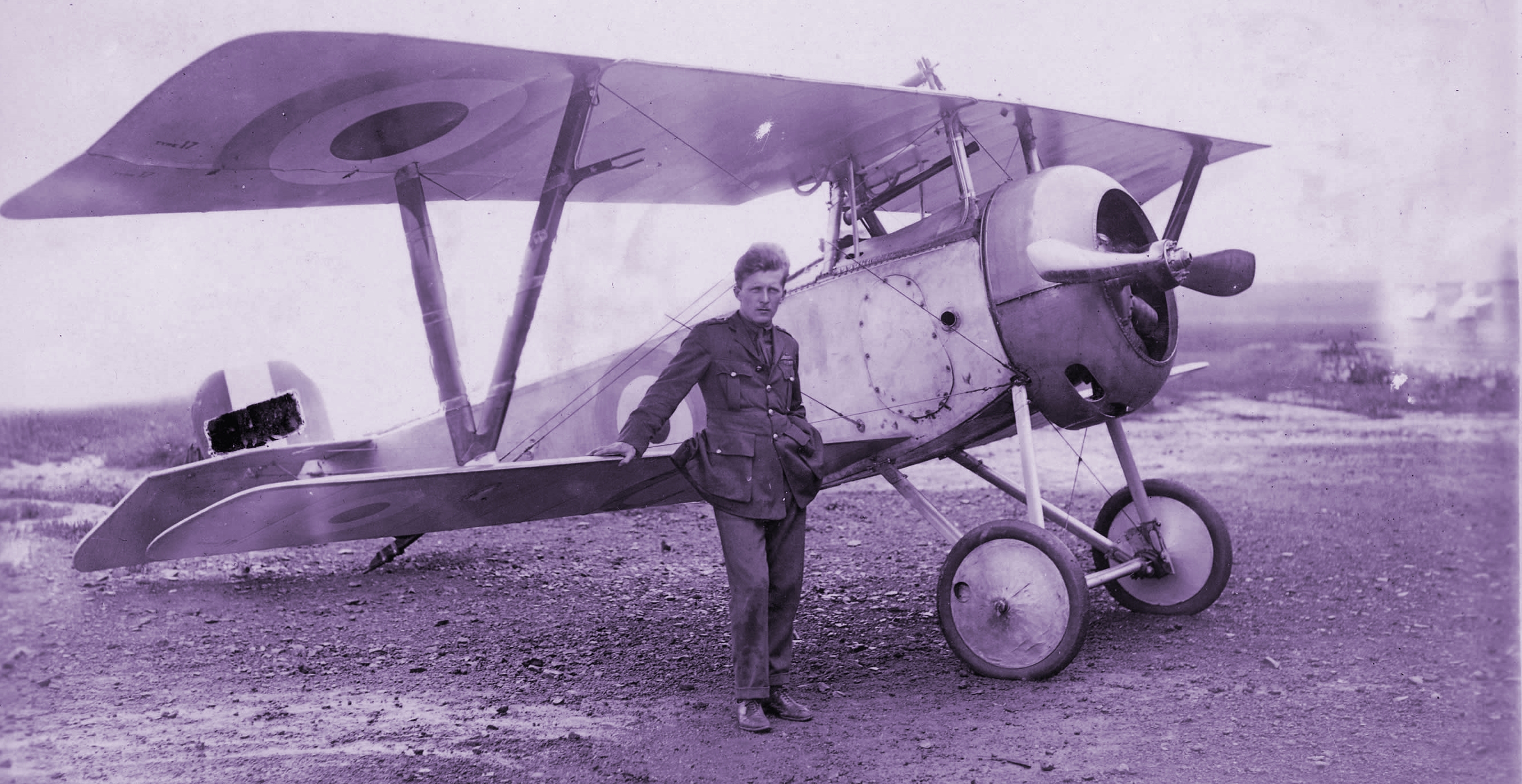 “'Why is Winged Warfare currently out of print?' is a WWI mystery up there with 'Who killed the Red Baron?'. Billy Bishop was the RFC's leading ace (72 victories) and his 1917 memoir is jam-packed with mesmerising accounts of aerial aggro, yet for some reason you can't walk into a high-street bookshop and purchase it.

Compared to the two peerless Great War air fighting masterpieces already in the Reading Room (Winged Victory by Victor Maslin Yeates and Sagittarius Rising by Cecil Lewis) Bishop's account is less introspective, less literary. The Canadian ace is far more interested in narrating dogfights than analysing emotion or describing comrades and scenery. Apart from a brief chapter outlining his route into the RFC (like many Allied pilots he entered the war on the ground) and one on squadron pets and pranks (most of the latter seem to involve hiding pigs in bedrooms) the book is almost entirely action - thrilling tales of canny kills, wasted chances, and near-death experiences. 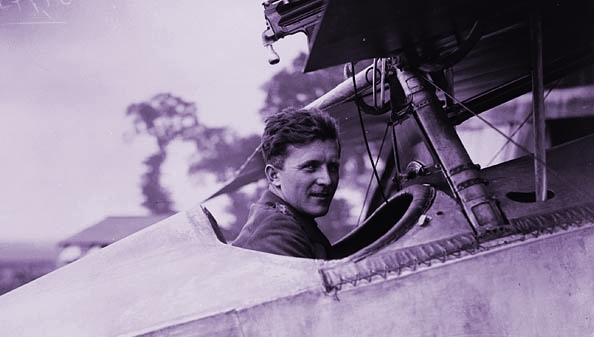 Candid and self-critical, Bishop paints himself as a contradictory figure. Doggedly devoted to his craft (after unsuccessful interceptions he would hone his marksmanship using a ground target near his aerodrome) and incredibly wily and patient at times, he could also be astonishingly reckless. One moment he's declaring an intention to be more circumspect in future, the next he's telling you about his latest head-on duel or relating how, during his last sortie, he deliberately riled a particularly annoying ack-ack battery.

I've read many fighter pilot memoirs and I can't remember encountering an air warrior more open about his competitiveness or honest about his ruthlessness than Bishop. Out to down as many enemy crates as quickly as humanly possible, the writer makes no secret of the fact that he aims for man rather than machine...

“I carefully picked out the exact spot where I knew the pilot was sitting, took careful aim, and fired. Twenty tracer bullets went into that spot.”

...and rather likes it when his bullets spark fuel fires...

“I was very pleased with the day's work, for I had sent my second machine down in flames. Such an incident has never failed to put me in a good humour. It is so certain and such a satisfactory way of destroying Huns.” 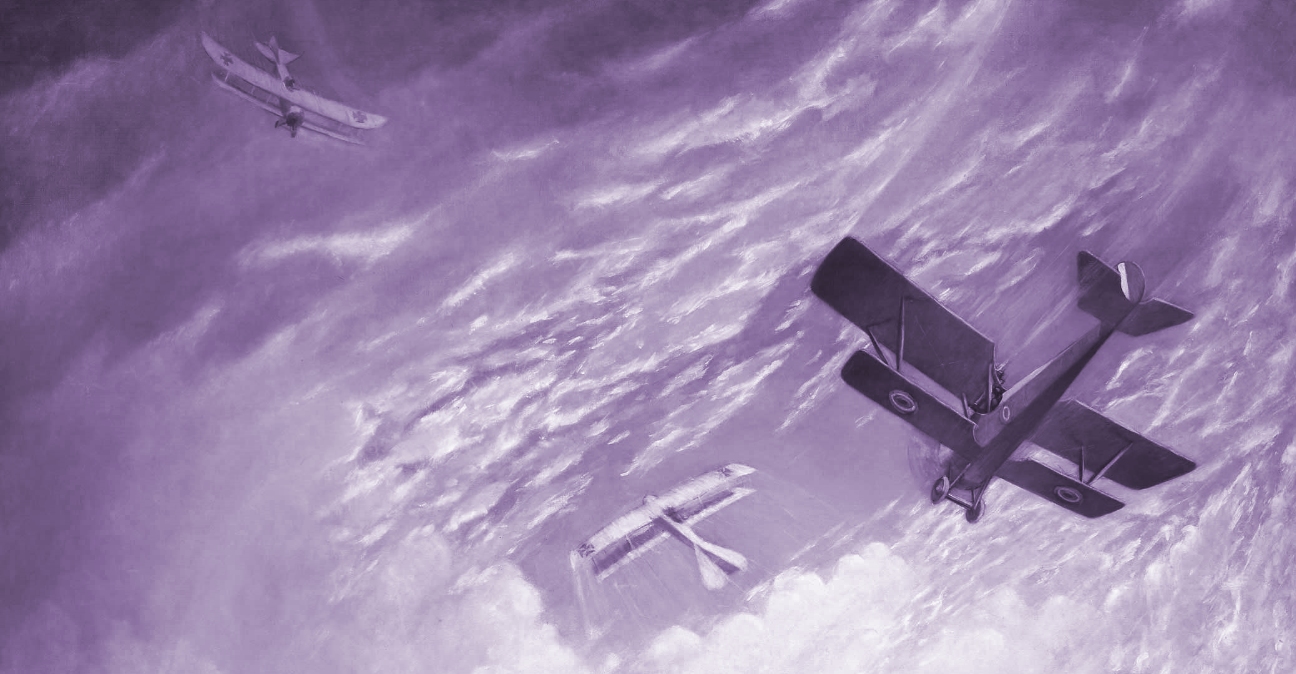 One of the most striking things to emerge from the book is just how target-rich the Western Front firmament could be to hungry pilots like Bishop (“In one hour and forty-five minutes I had nine separate scraps”). The text abounds with tantalising tales of traps and ruses too. I wonder, will we ever get a WWI air sim in which the battle-shy late-war Luftstreitkräfte uses bait aircraft and sets up complex multi-layered ambushes?

Although Winged Warfare shows up some of the limitations in fine sims like Wings Over Flanders Fields and Rise of Flight, more often than not it rams home just how brilliantly these titles evoke and echo. If you've ever fought for your virtual life in a polygonal biplane or triplane, almost every page of Bishop's book will ring bells. Already read the Holy Trinity of WWI pilot memoirs (Winged Victory, Sagittarius Rising and Flying Fury)? Read this one next.

If you can find it."