Just as real aircraft are a lot more dangerous than sim ones, real aircraft documentation can imperil its owners in ways the sim variety can't. This week it emerged Oleg Tishchenko, a 42-year-old avionics expert at Eagle Dynamics in Moscow, has been extradited to the US from Georgia to face multiple charges connected with the procurement, smuggling and reselling of manuals for recent and current USAF fighters. Tishchenko claims he sourced the manuals to aid him in his development work. Eagle Dynamics has denied all involvement insisting “its employee acted in a purely private context and for his own personal interests.” 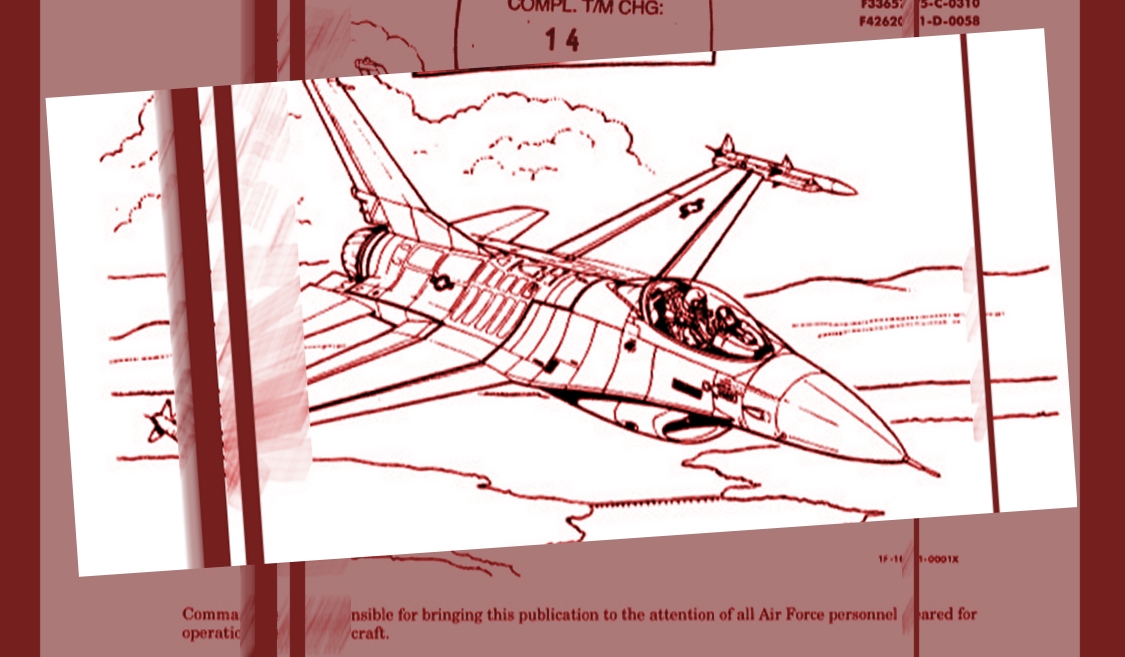 In 2011 Tishchenko used the ED forums to request help in obtaining a series of F-16A/B manuals that were, at the time, for sale on eBay (the seller had made it clear he couldn't ship outside the USA). Moby, a helpful/naïve forumite from Dallas, agreed to forward the items, not realising until a few months later that by doing so he was breaking at least one US law. 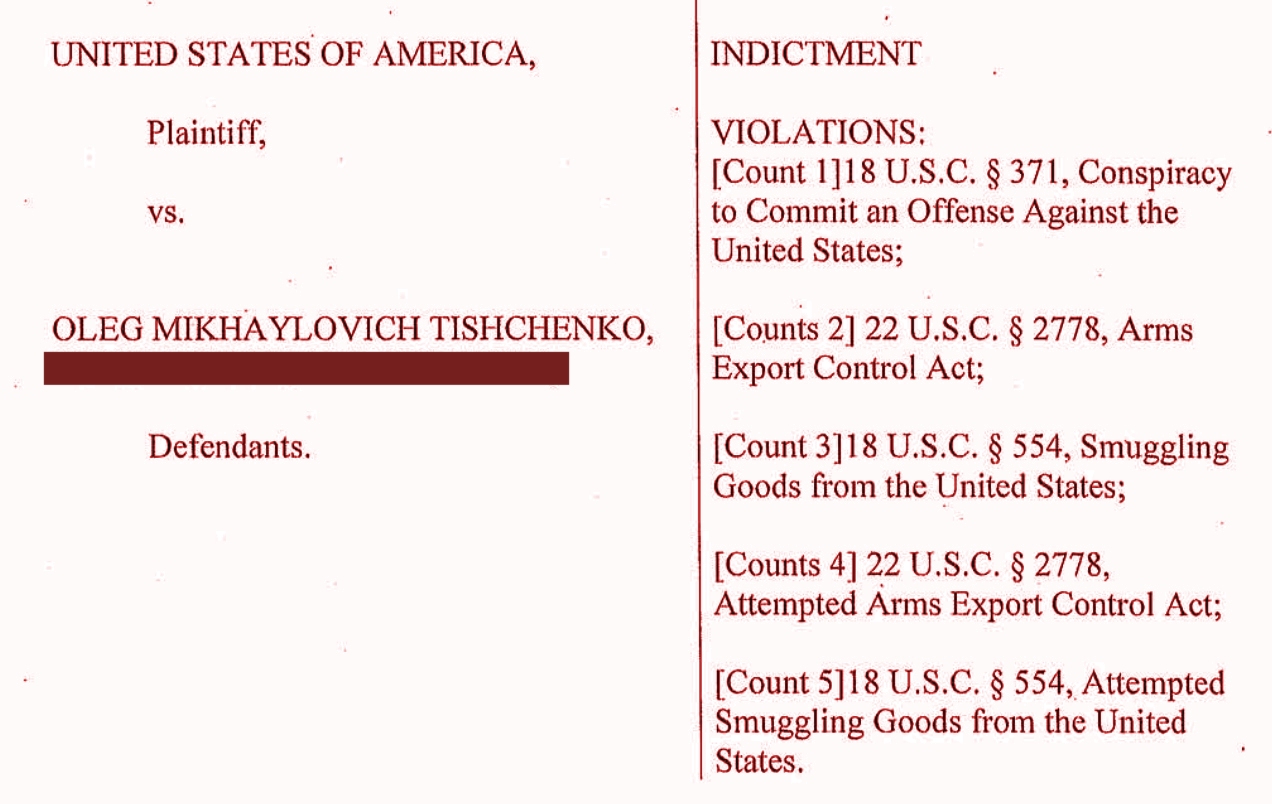 According to the charges, between January 2012 and September 2015 Tishchenko then sold pdf versions of several different F-16 manuals to individuals in “Cyprus, Japan, Netherlands, Australia, Germany and Taiwan” through eBay. And in March 2016 he attempted to expand and update his library by obtaining manuals for the latest F-16 variants and the F-22 Raptor. 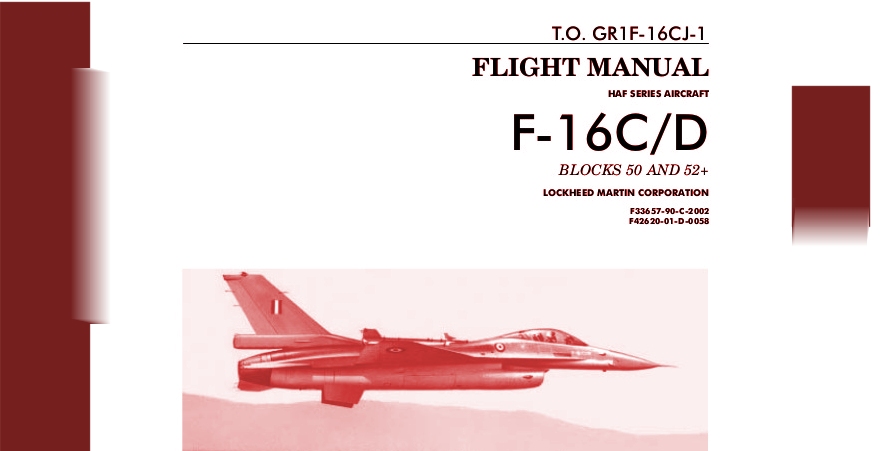 Charged in 2016, the accused was arrested during a recent visit to Georgia (the country not the state) and shipped to Utah to face the music. His trial is scheduled to begin in Salt Lake City on August 19 and could end with a sentence of 10+ years in prison. Charges against Tishchenko's “co-conspirator” Moby have been dropped for undisclosed reasons. 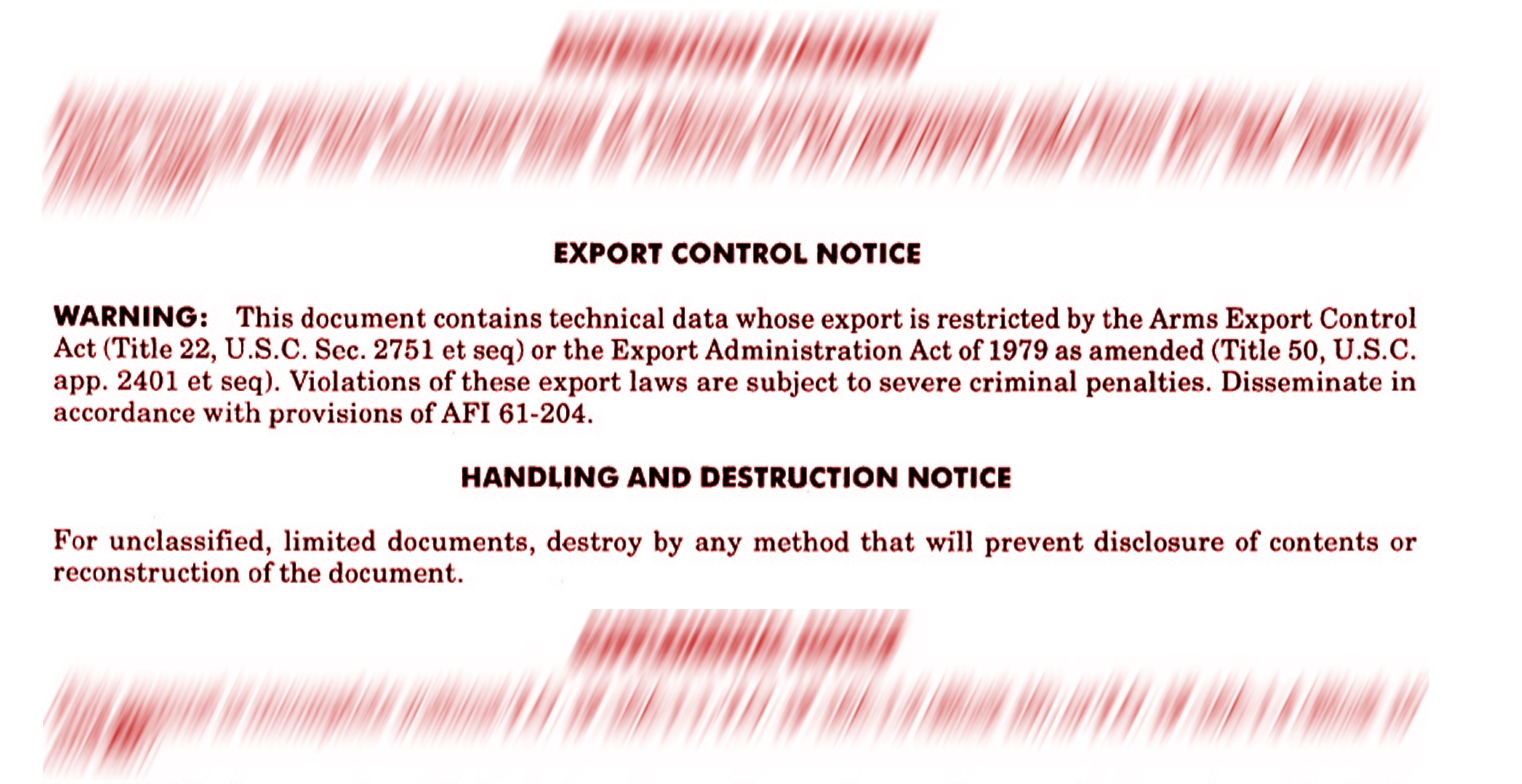 Things look rather grim for Oleg. While the overt manner in which he set about obtaining the original batch of manuals and subsequently redistributed them through eBay, suggests he didn't understand the full implications of his actions* and wasn't part of some nefarious espionage effort, the evidence against him does seem pretty damning. Even if he can produce evidence that proves that he sourced the manuals to help him with his work, and that Eagle Dynamics sanctioned the acquisitions (something they strongly refute) it's difficult to picture him walking out of the courtroom a free man.

* In 2011 when another forum user pointed out the risks, Oleg blithely observed "UK guy have got manuals as well. Police was only making sure that manuals do not go into 'bad hands'. In the worst case I just will not get the manuals - they are outdated. More than 20 years passed since their publication. So they are not valid for operational use, but still can be very useful for making future simulators."

Whatever the outcome of the court case, the affair is sure to trigger changes inside Eagle Dynamics. A trusted defence contractor as well as a respected recreational sim developer, the studio has always been crystal clear on its position vis-a-vis classified and restricted material. From an interview I conducted with DCS producer, Matt Wagner in 2009...

“There are two primary factors that determine what [module] will come next in the DCS series. The first is if the entertainment project can be based on the existing work of one of our military contract projects. This can save an immense amount of time in game development, but it is also subject to sensitivity-review by the military client and the time to get the needed permissions can be excessive. The next determination item depends on the availability of documentation about the aircraft at a 100% open-source level. For example, there can be no arms export act restrictions on the source documentation.”

The idea that ED would knowingly jeopardise its reputation with unnecessary and brazen eBay transactions and forum requests is ludicrous. Then again, back in 2011, someone apparently failed to notice that Tishchenko was using the official messageboard to initiate an illegal act, or noticed and did nothing to prevent it, so the devs aren't entirely blameless.

Probably referring to Tishchenko's 2016 negotiations for more recent 'Air Force Technical Orders'  (the F-16C/D and F-22 manuals) the Russian Embassy in Washington suggest that their national may have been entrapped by government agents (“There are signs in this case of a provocation by the U.S. intelligence services”). Whether this is true or not, I can't help feeling sympathy for Oleg. He certainly acted stupidly by “smuggling” the original set of manuals out of the USA and then selling them on via eBay, but the idea that he endangered US security through his actions - something the sheaf of heavyweight charges implies - doesn't stand up to serious scrutiny. The manuals he bought and sold can be purchased and read quite legitimately by anyone with a US address. They were doubtless gathering dust on the bookshelves and hard drives of America's enemies long before 2011. I hope the judge and jury take this into consideration come August. 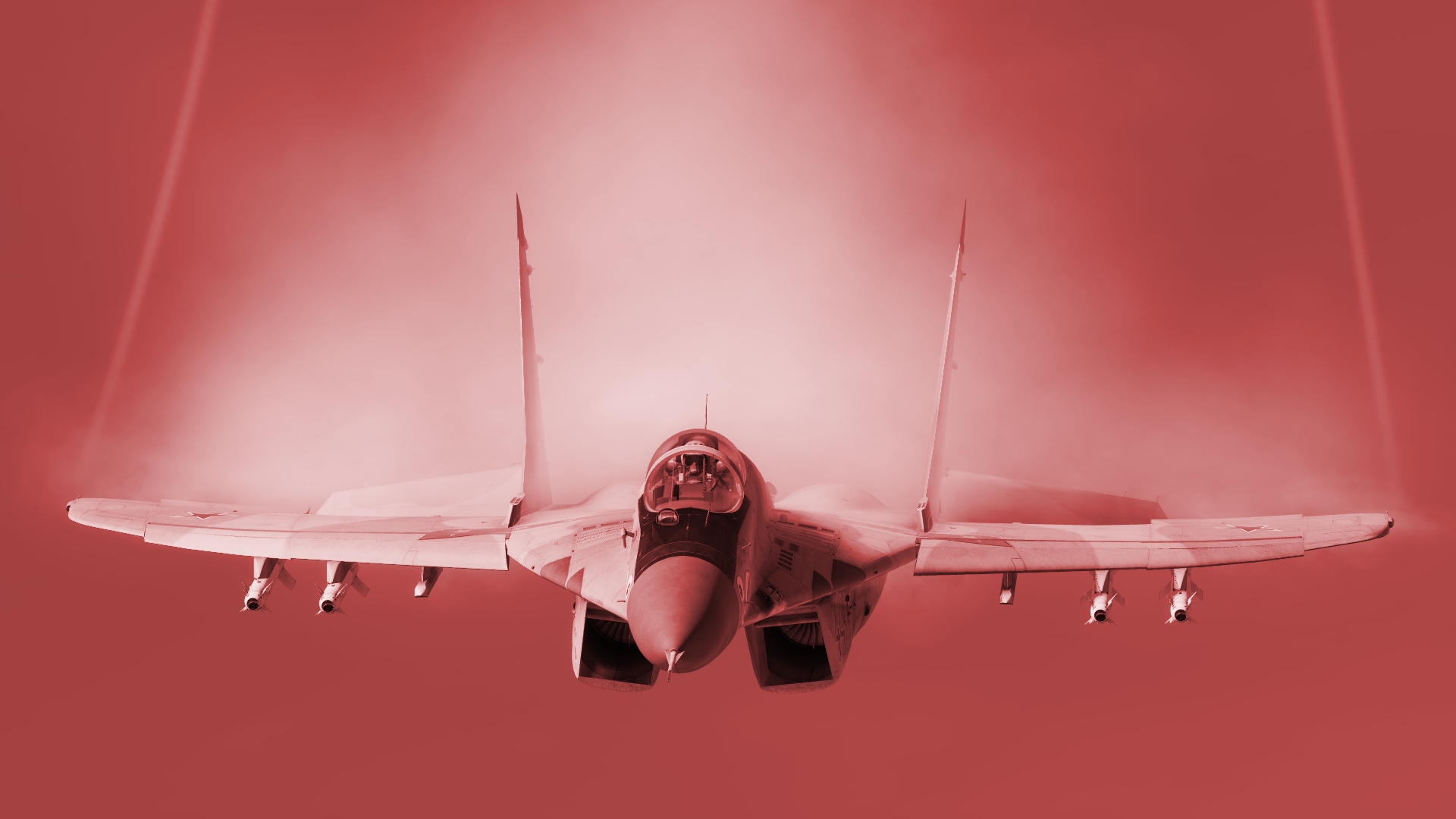 From the sub judice to the ridiculous. If you haven't watched this ace DCS World-powered machinima yet, you really should. 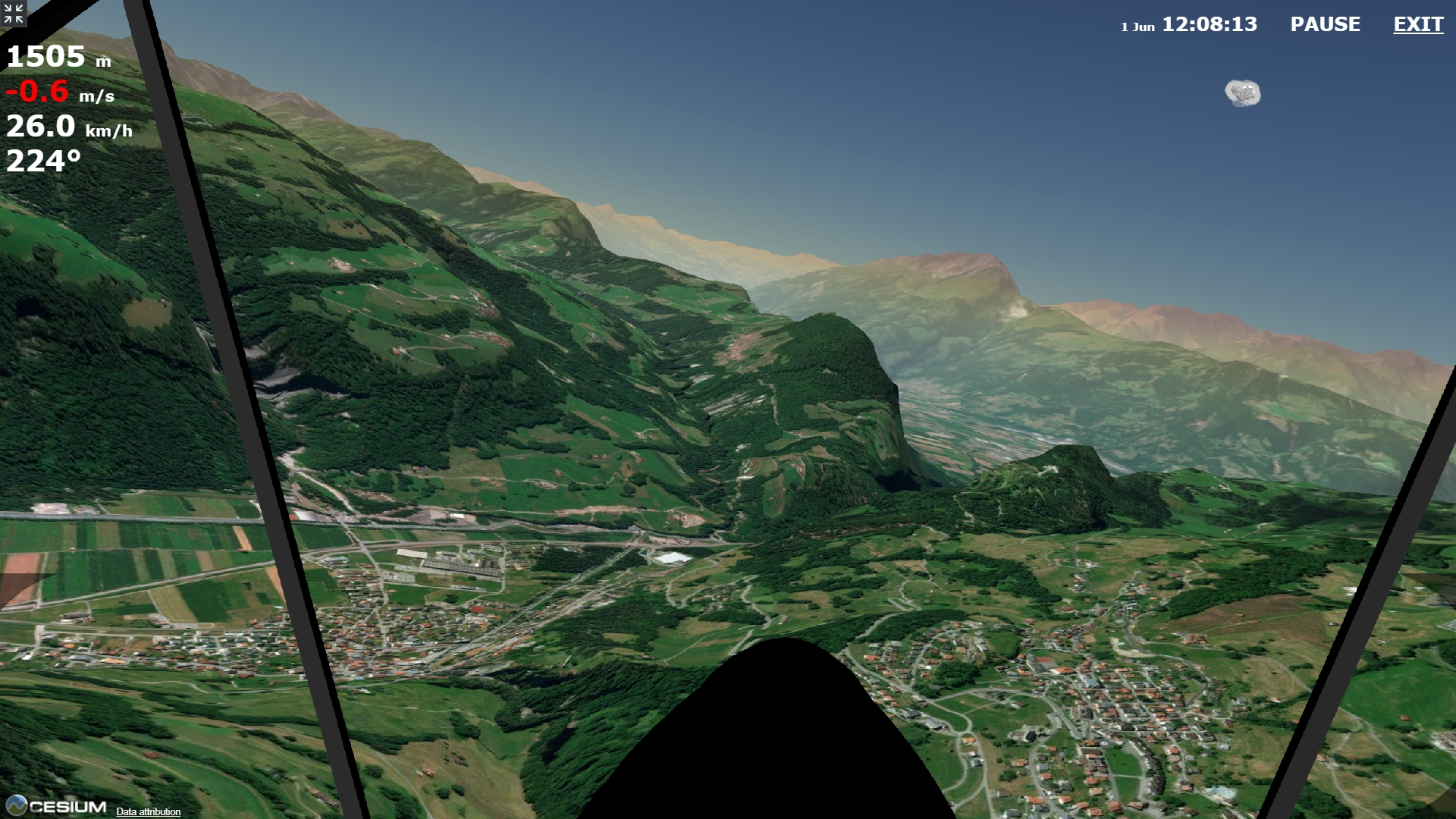 The only souvenirs I brought back from my holiday this year were a radish tan and an overwhelming urge to paraglide. For a couple of days we shared blustery, sun-warmed ridges and clifftops with minimalist aeronauts whose quiet grace and unwillingness to surrender to gravity were wonderful to behold. To a deluded flight simmer with feet firmly planted on chalk downland the manner in which these buzzard botherers moved - the way in which they banked, swooped and climbed by pulling lines and shifting body weight - looked easy to master. The tricky part appeared to be reading the breezes and not ending a sortie in trees, power lines, or the middle of the English Channel. 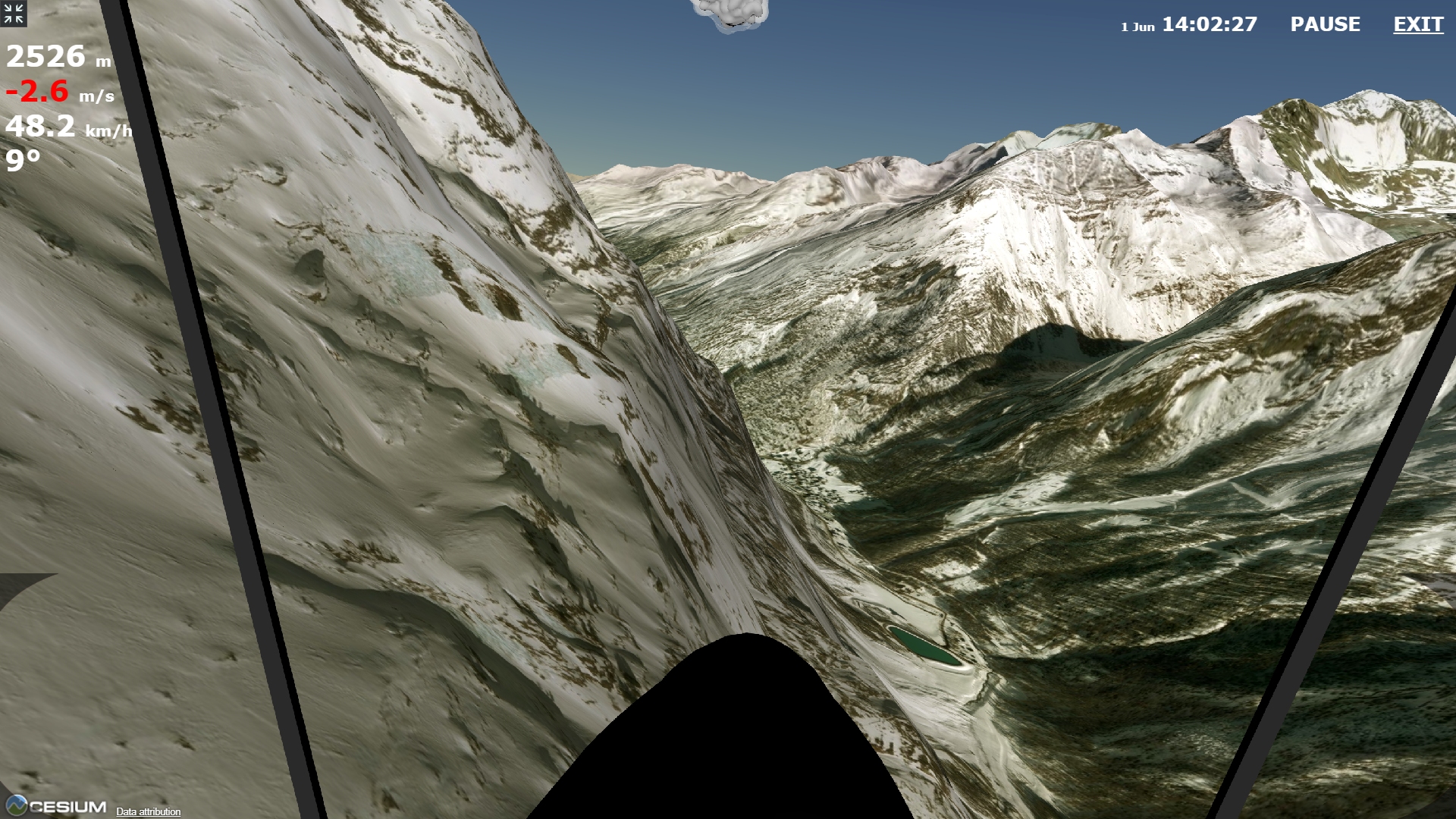 As basic tuition seems to cost around £750 and a budget paraglider in the region of £2500, I think I may rely on the uncommonly relaxing Paragliding Simulator to sate my curiosity for the timebeing. A free (donations welcome) online sim with a sophisticated flight model, global coverage, and decent streamed scenery (be sure to use the '+' key to increase resolution) PS can be enjoyed without registration, but to get the most out of it you'll want to complete the quick, painless sign-up procedure. 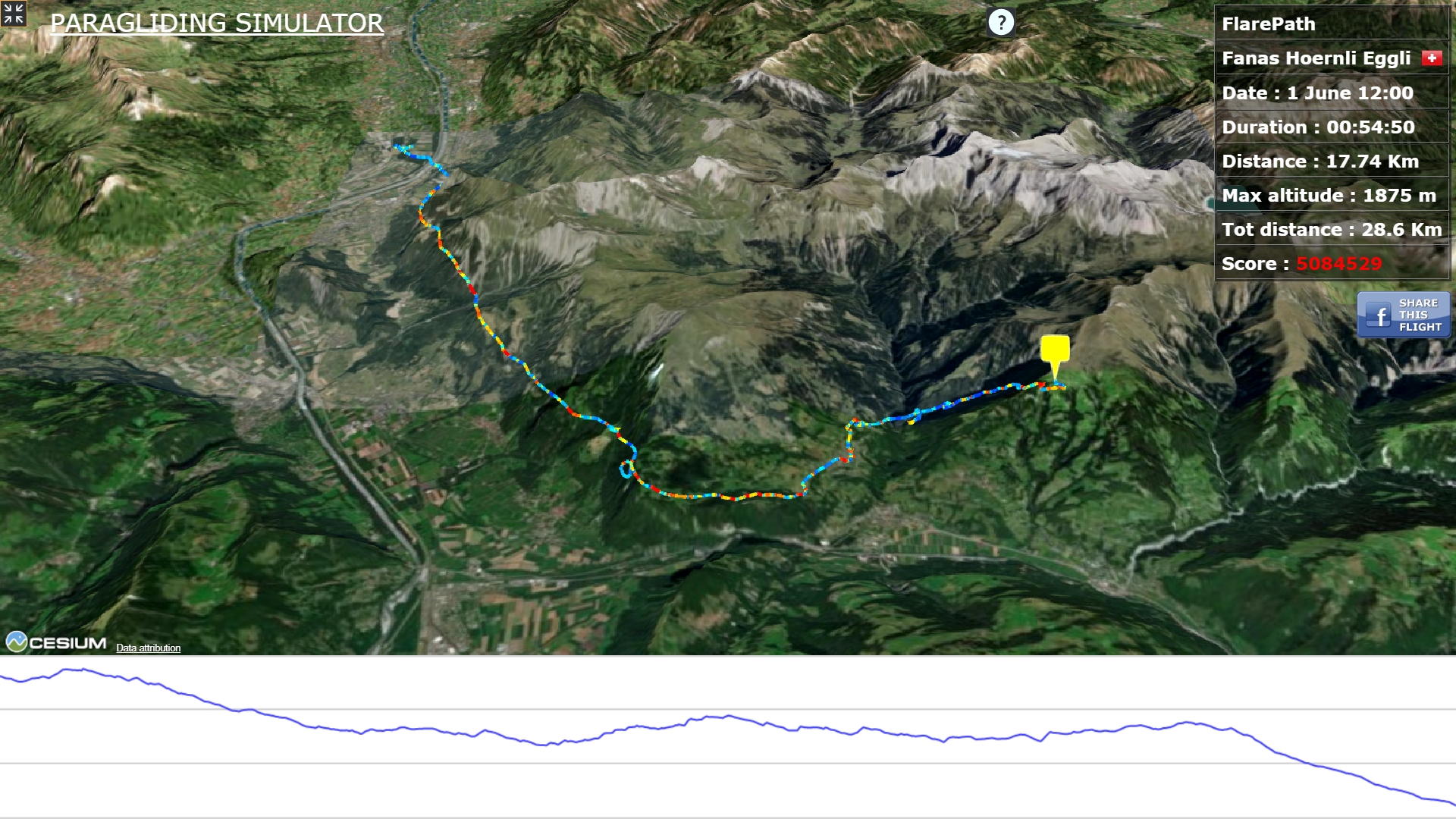 Fly as a 'guest' and all jaunts end abruptly at the 30 minute mark and aren't recorded in a logbook. You also don't get access to the lovely analysis tool that, when you're back on terra firma, displays your flight as a multi-coloured thread draped over knobbly 3D terrain. 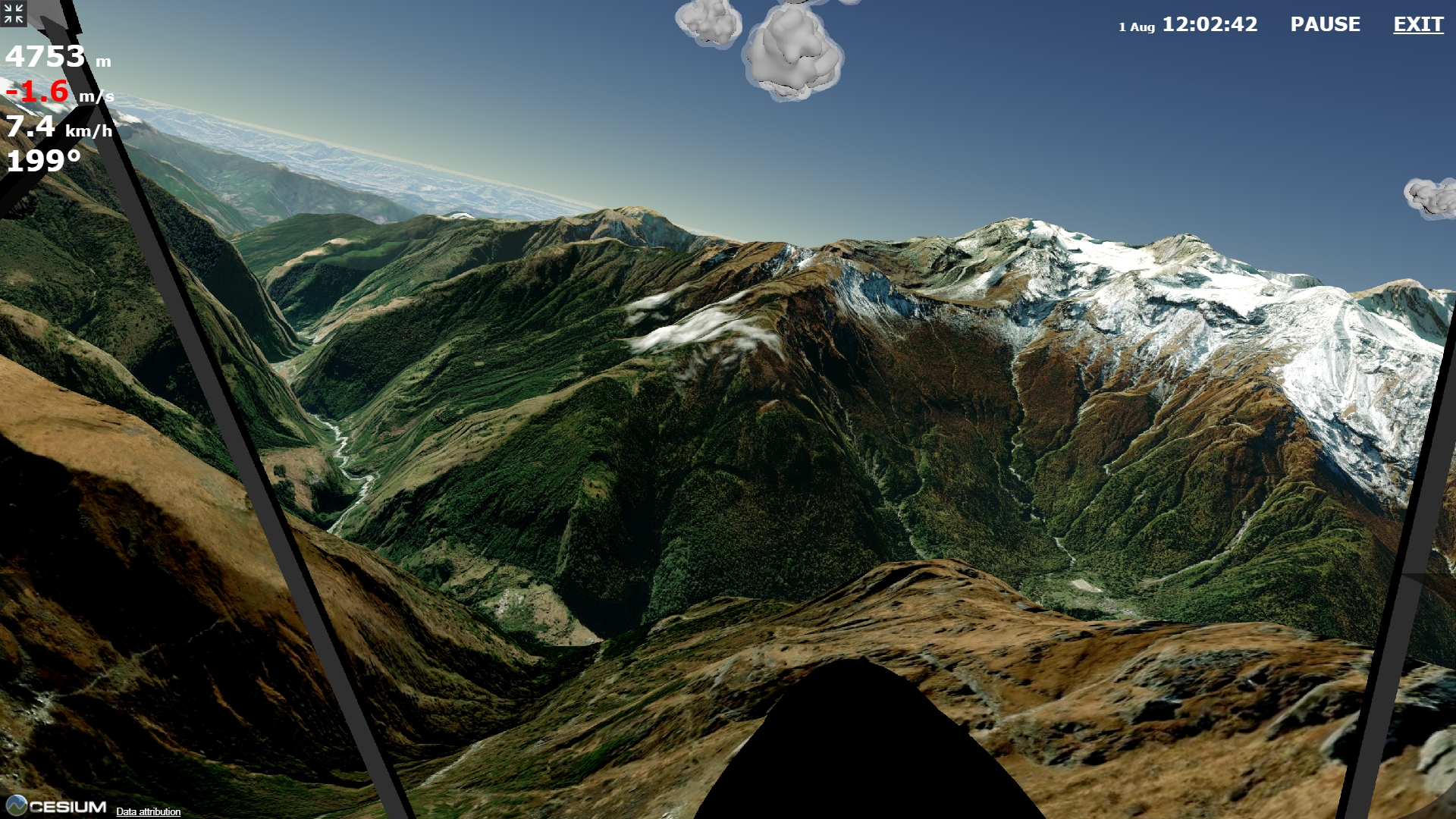 If you've ever flown a real or virtual glider before, it shouldn't be long before you're accomplishing flights of an hour or more in PS. Finding and exploiting ridge lift and thermals with the help of a beeping variometer is the secret of staying aloft in the game and its inspiration. Start location*, time of day, and wind strength/direction are all selectable and important as the sim generates its air currents dynamically using terrain inclination, sun position and wind characteristics.

*Convenient shortcuts to a selection of the world's prime paragliding spots are provided, but you can choose to launch yourself off a local landmark if you prefer. 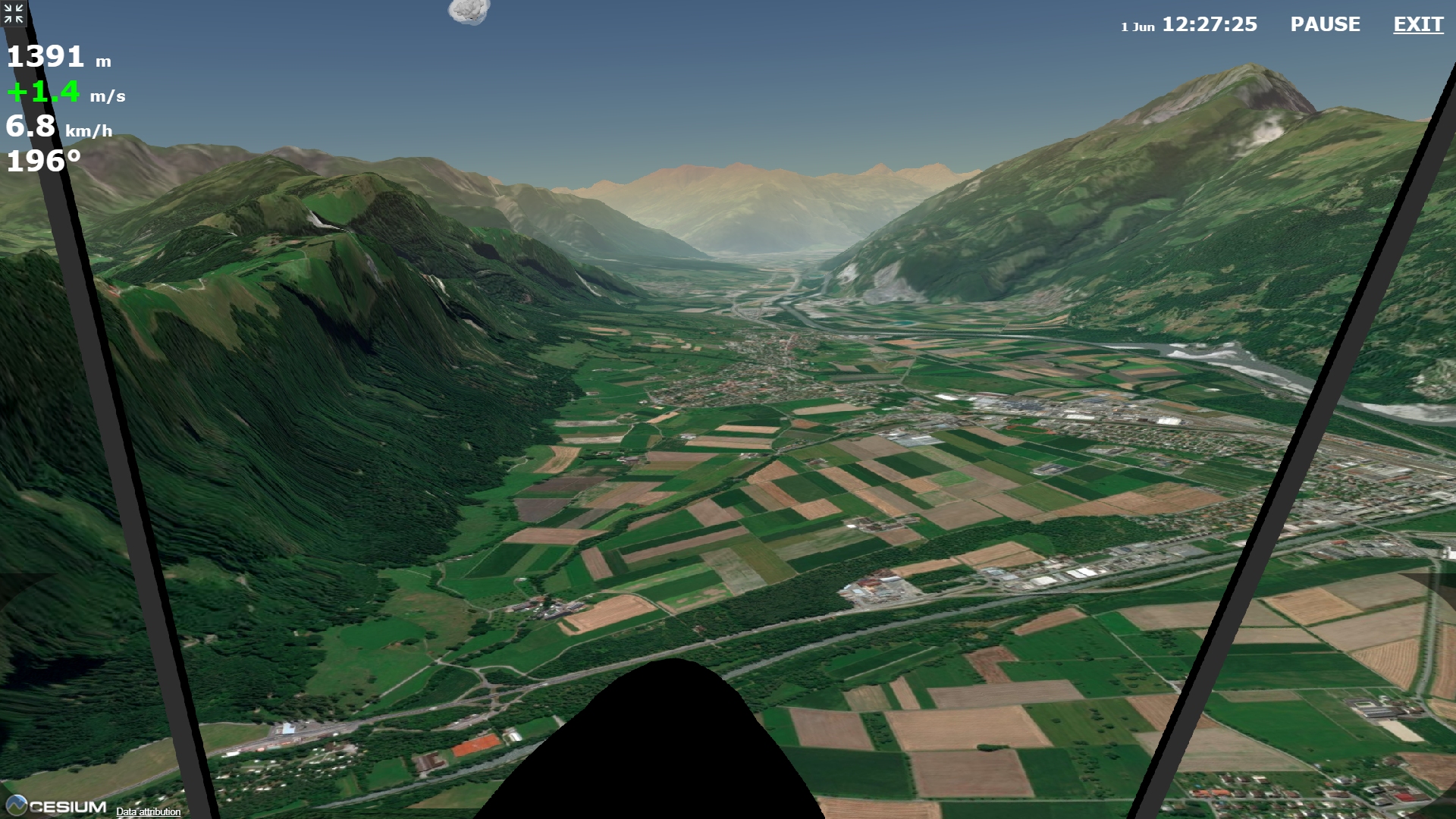 To traverse broad valleys successfully you'll probably need to exploit the invisible elevators that sit beneath the stylised, mobile clouds - clouds that swell and wither like the real thing. 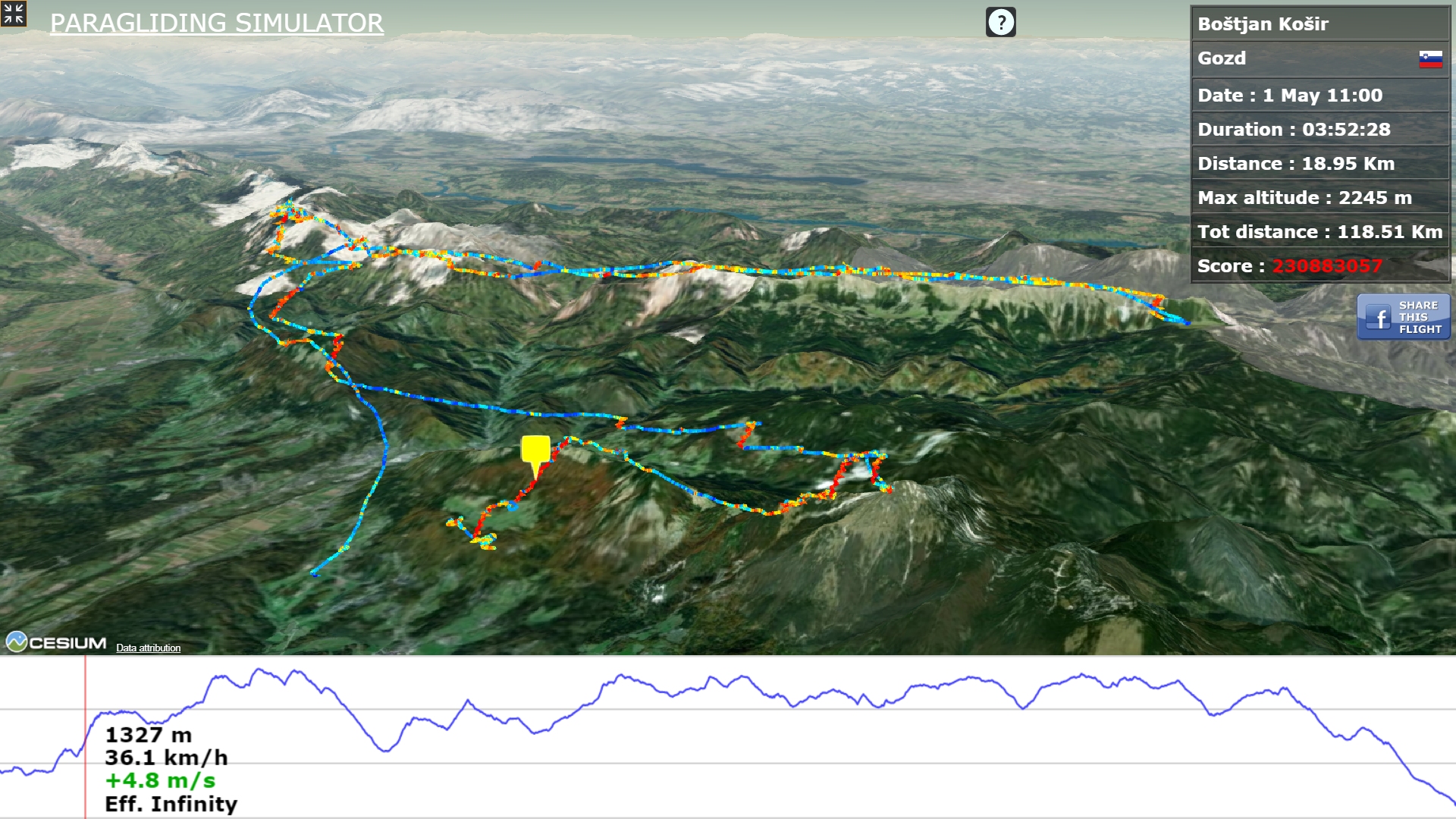 Monthly competitions (your choice of venue) and an annual Virtual Paragliding World Cup  (mandatory start points but a generous four-month flight window) add a frisson of excitement to the otherwise soothing slope soaring. At the time of writing this month's finest flight is a 4 hour, 120 km marathon flown in the Julian Alps by an aviator called Boštjan Košir. The fact this expert returned to earth very close to where he launched explains why his score is so much higher than that of second-place contestant, Eric Ollikainen. Eric lost marks for landing miles from Mollie's Nipple. 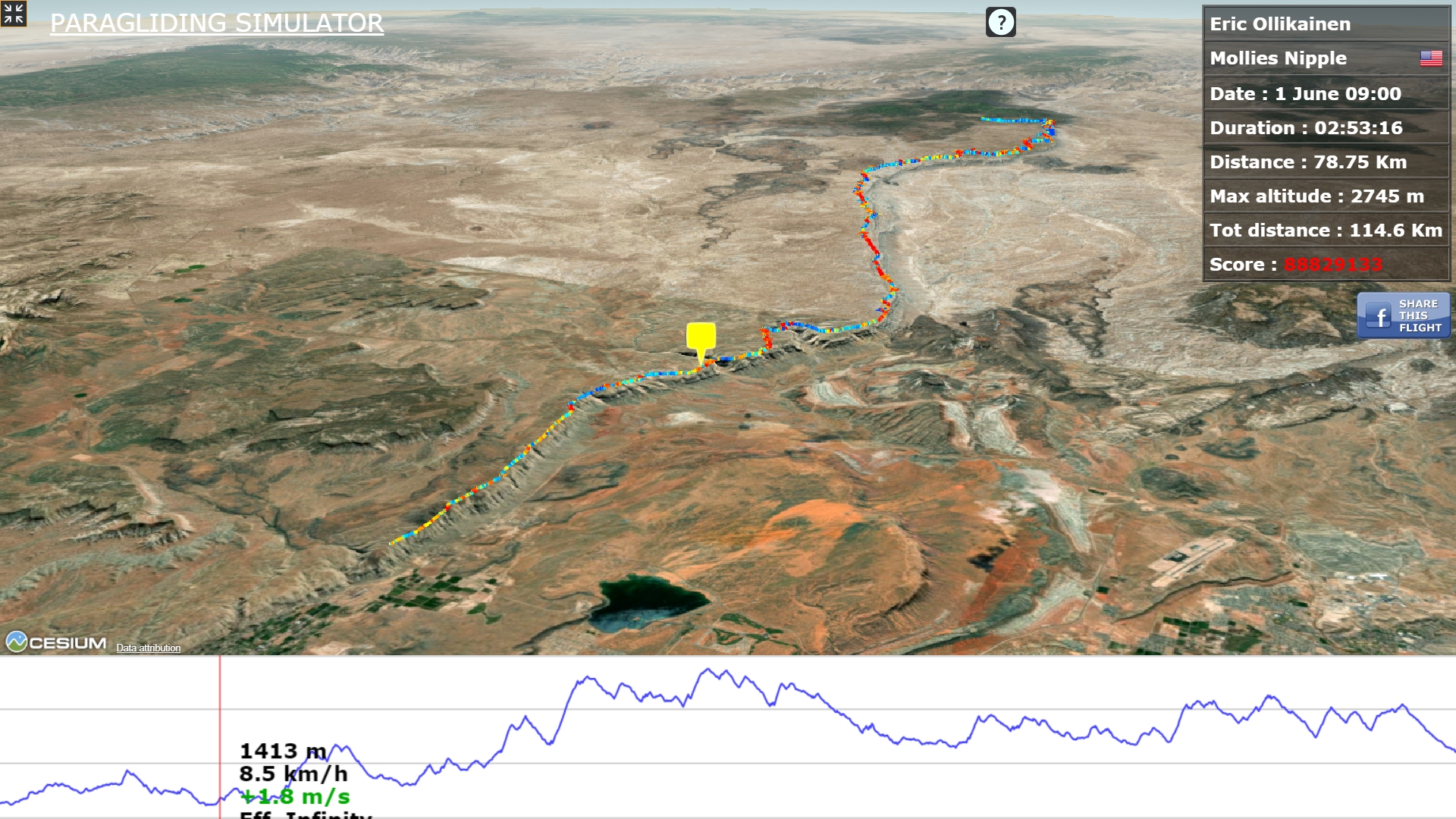 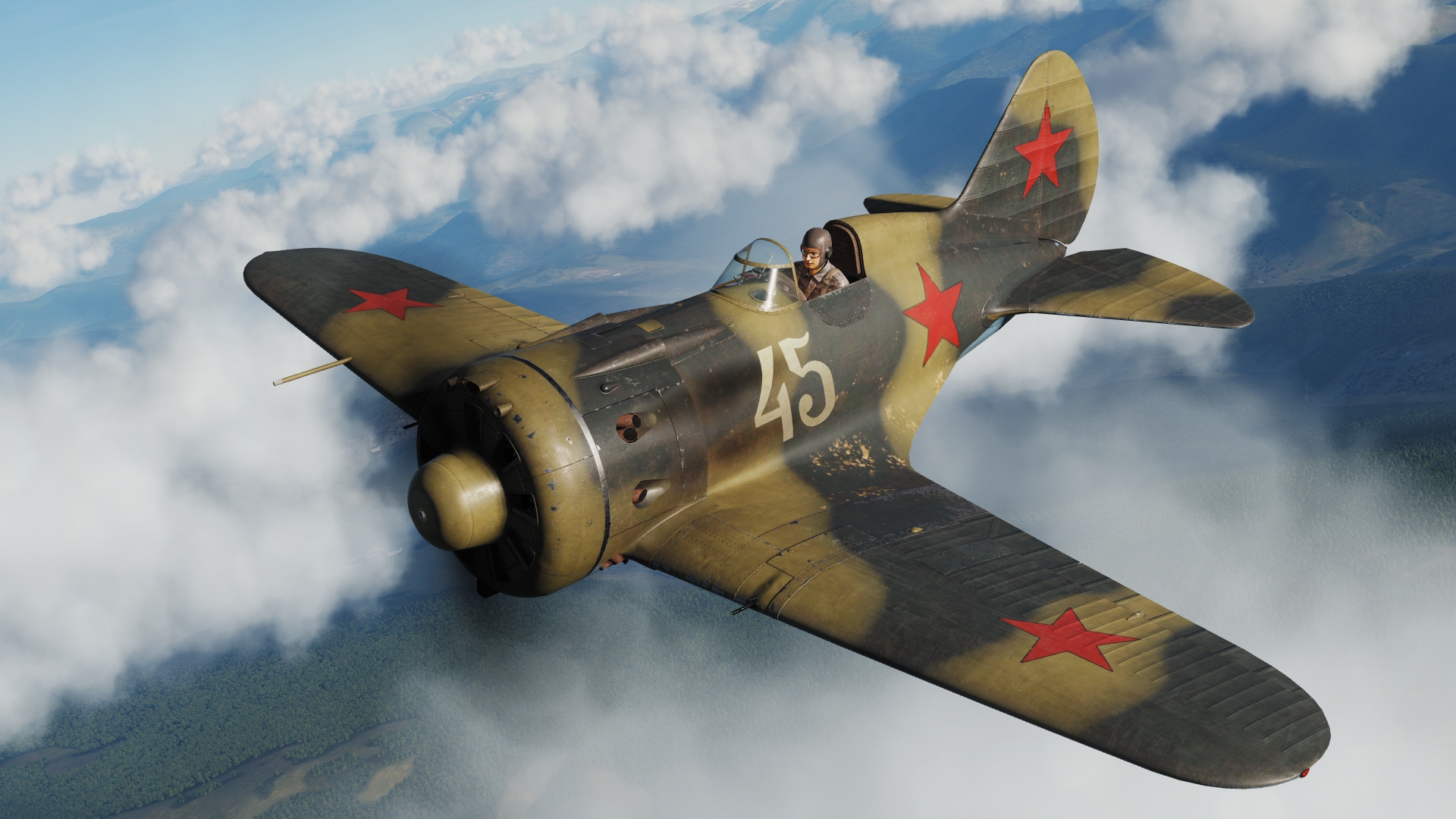 WW2 arrived roughly five years too late for the poor old Polikarpov I-16. If the Germans had invaded the USSR in 1936 rather than 1941 then these groundbreaking fighters may well have gone down in history as stubby saviours rather than barrel-shaped Bf 109 bait. A low-wing, retractable undercarriage monoplane that looked like it had taxied into the back of a bus, it entered service at a time when the RAF and Luftwaffe were salivating at the prospect of Gloster Gauntlets and Heinkel He 51s. Dominating the latter type when it encountered them over Spain in 1936, the I-I6 eventually lost its Iberian edge late in 1937 when the Condor Legion began fielding 109s. By the time of Operation Barbarossa they were hopelessly outclassed in all respects except turn rate. During the first week of fighting on the Eastern Front around 800 I-16s were wiped from the VVS inventory by agile German autocannons. 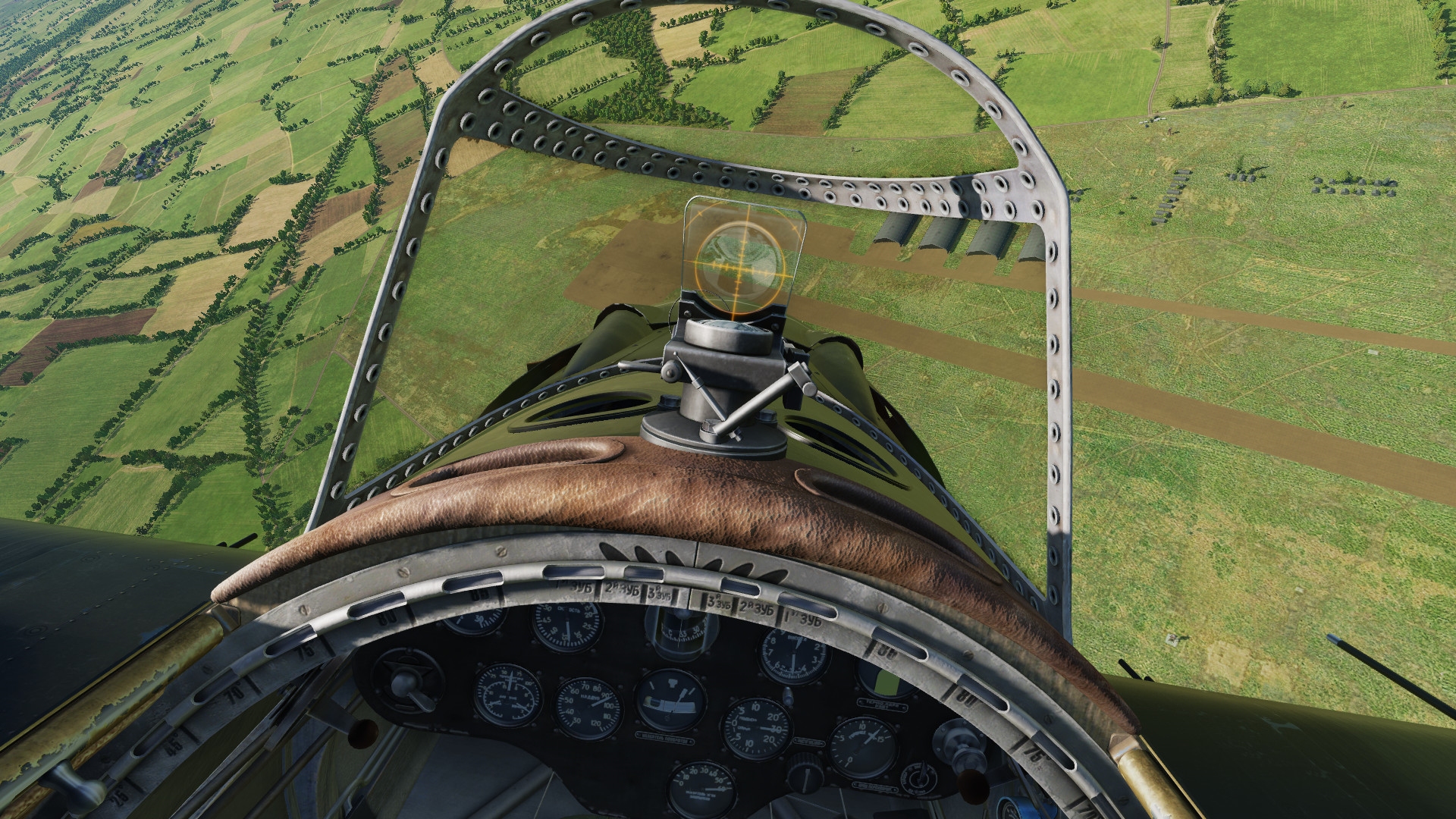 Recreating the chequered combat career of the 'Ishak' (donkey) using the latest DCS World module will be a tricky task (you'll want IL-2 and its sequel for that) but if you like ambling about in rigorous recreations of unfashionable WW2 warbirds, this may not matter much. Created by OctopusG, a team who've previously developed for MSFS and P3D, the $40 Steam-incompatible Early Access aircraft comes with a clutch of prototypical 'quirks'* including a complex hand-cranked undercarriage, resolutely untrimmable control surfaces, and takeoff/landing characteristics guaranteed to cause premature aging. While you're winding furiously and/or battling heroically to stay straight and level, you can at least admire one of the sim's most exquisitely modelled cockpits. 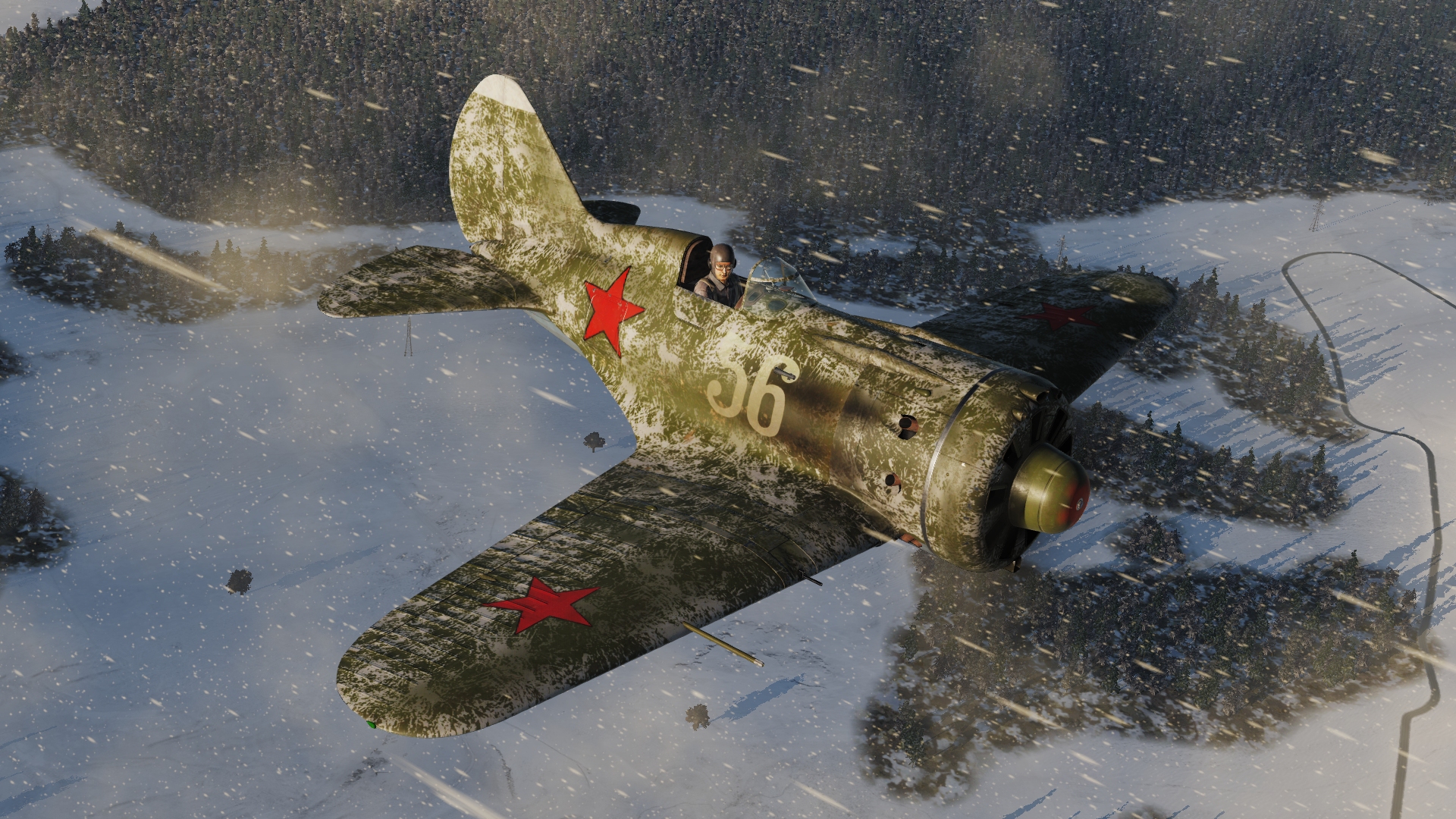 Fans of the module are already urging OctopusG to bring one of their FSX subjects to DCS World next. An An-2 Colt would feel perfectly at home on the sim's default Caucasus map, and might - who knows - eventually prompt the kind of Air Hauler-style logistics mod that is everywhere nowadays. 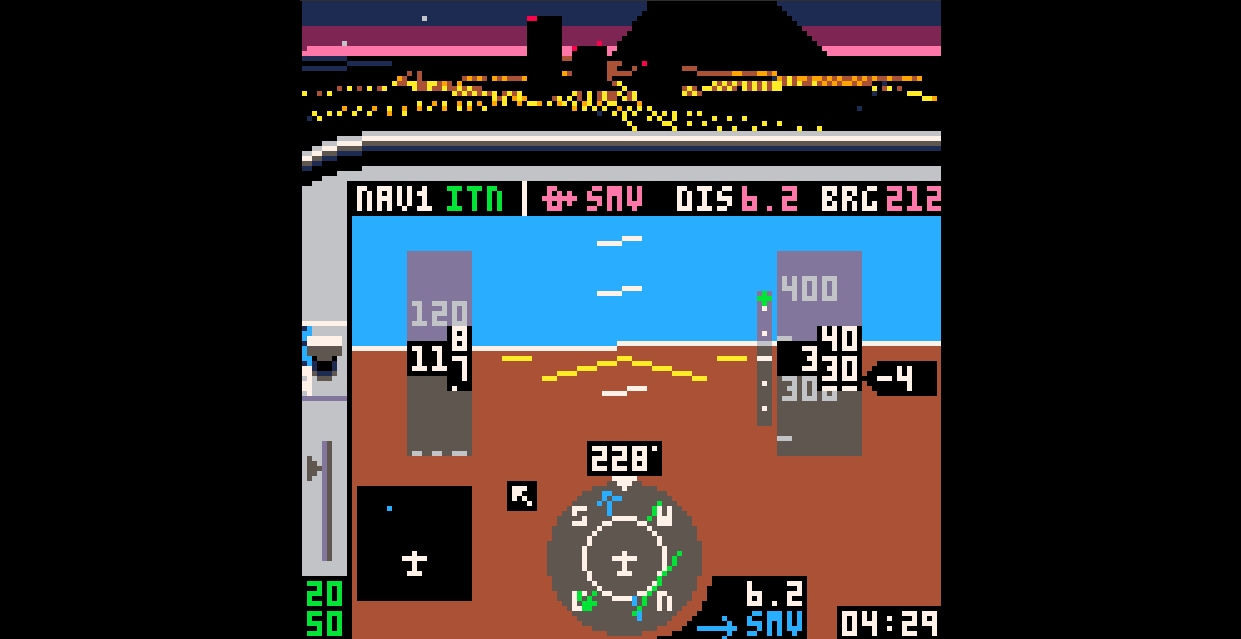 Tiny Sim is ersatz nostalgia, a Cessna sim for an Eighties games console that never existed. It takes me back to the days when rippling blue and yellow stripes and a strange chirring sound meant “Fun is imminent.”

Yellowbaron and fred72 have packed a surprising amount of flavour and truth into their 32 KB 'Pico-8 cartridge'. Playable in a browser, TS lets you tour a teeny fictional world in what passed for a virtual Skyhawk circa 1982. That airport-and-navaid-dotted world makes up for what it lacks in contours and textures with dangerous weather and atmospheric nightlighting (all flights take place at dawn or dusk for aesthetic reasons). 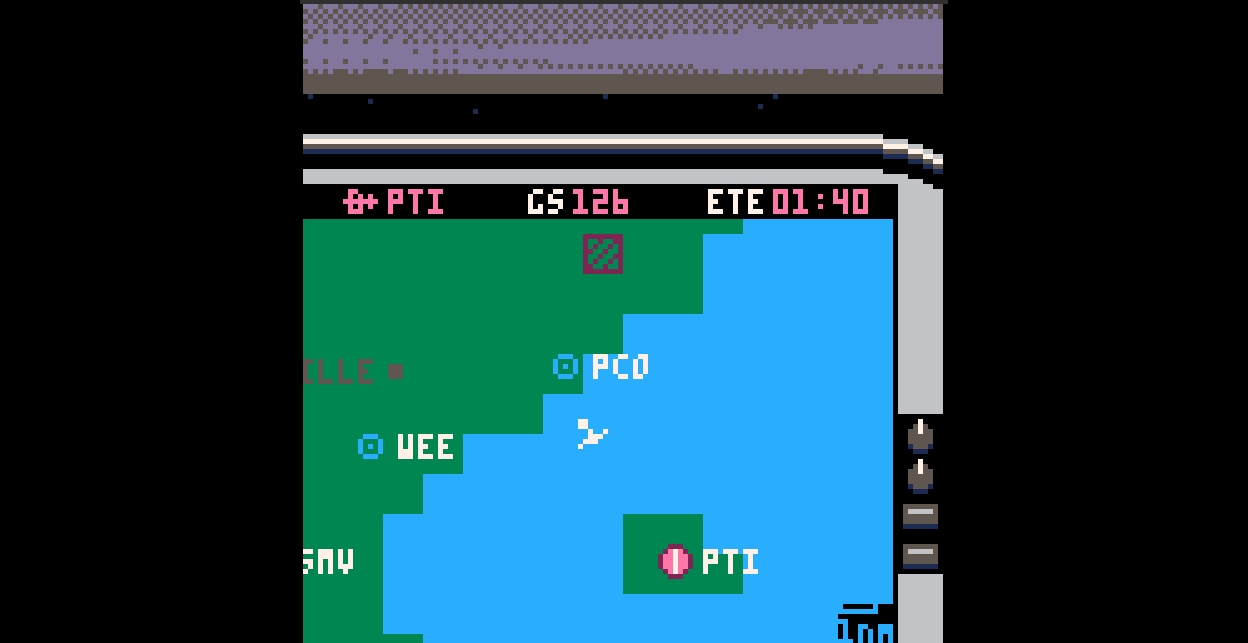 When clouds are low and the crosswinds are strong, you quickly forget that the runway ahead is a jagged clot of pixels (the entire display only occupies 128 x 128 pixels) and the minimal controls (z/x = throttle, q = flaps, cursors = yoke, TAB = map, e = new destination) don't include rudder pedal substitutes. It's all about hugging that glideslope and keeping that lime green CDI nicely centred. A touch of throttle... realign... lift the nose a fraction... and... Bah... another “HARD LANDING!”. Let me try that again. 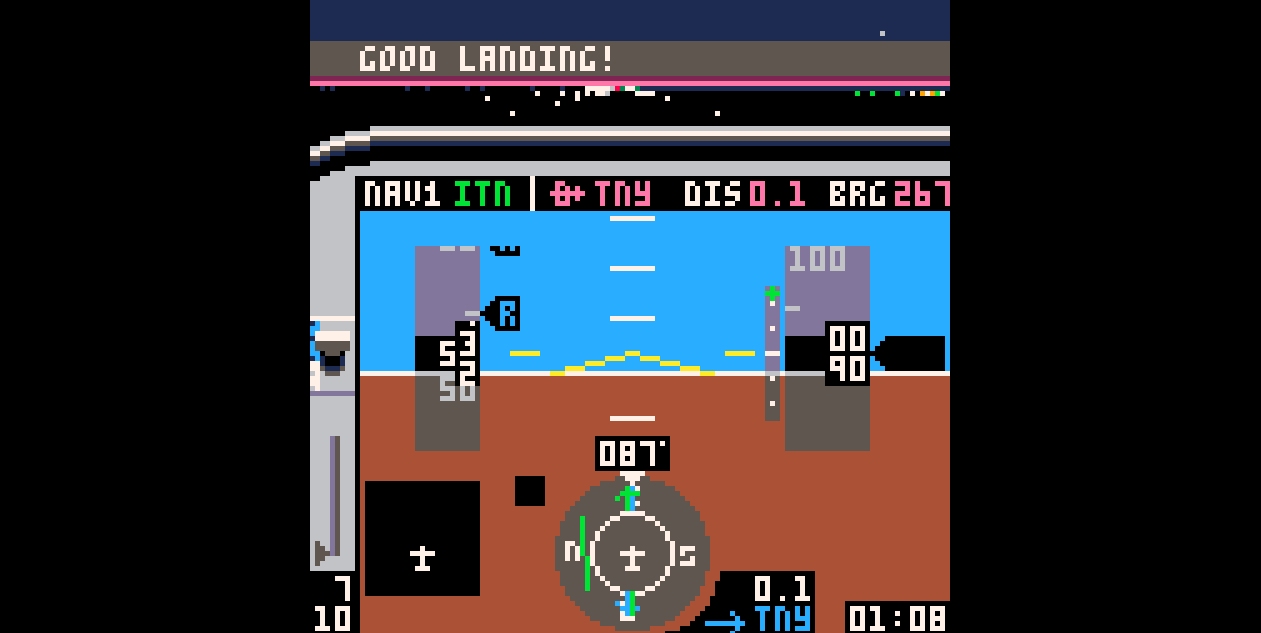 Tiny Sim is what we left behind. It makes me feel old and my PC feel young. I want a combat version.