The world's first commercial digital wargame turned forty earlier this year. As I've written about Computer Bismarck previously on RPS, I won't do so again. What I will do is mark the anniversary somewhat belatedly by borrowing the pioneer's theme for the trial run of what I hope will become an annual or biennial event in the Flare Path calendar. 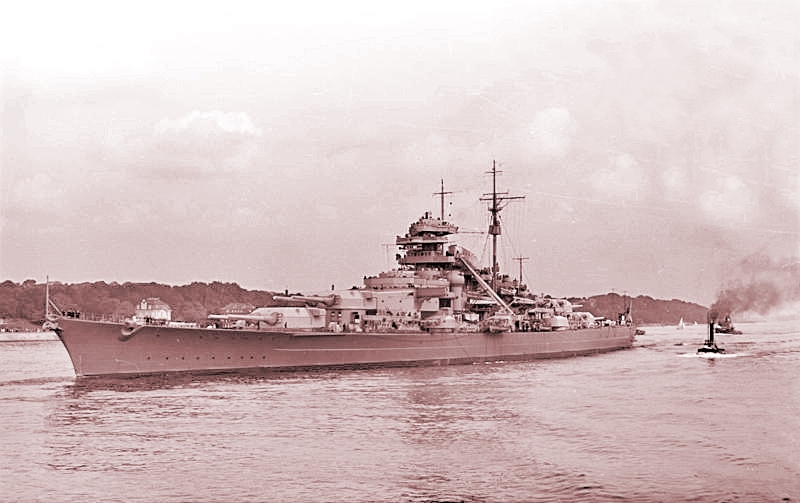 In a 38cm nutshell, interested parties have forty days in which to design and submit a Bismarck-themed single-player computer or board game. Submissions that attempt to tell the entire story of Operation Rheinübung, Bismarck's first and last sortie into the North Atlantic, are very welcome, but given the competition's time and component/installer constraints (see on) it might be wiser to try something less ambitious.

A dicey B-17: Queen of the Skies-style battleship sim? An arcade game in which you control one of Ark Royal or Victorious' 'Stringbags'? A tense stealth diversion inspired by Norfolk and Suffolk's shadowing activities on the night of 23/24 May? A platformer set during the great ship's final moments? Interactive fiction in which you play Oscar, the Bismarck's death-defying moggy? Absolutely anything goes as long as it involves the Tirpitz's short-lived sibling. 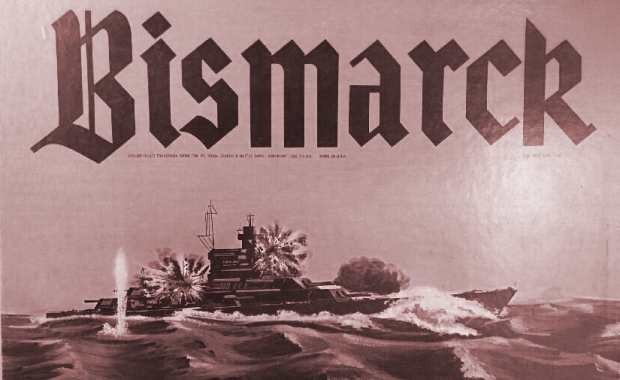 The panel of judges (Yours truly) isn't entirely sure what it's looking for, but originality, playability, historical insights and good old-fashioned fun are bound to be vote winners. If your sprites, counters, or board look like they were drawn by a three-year-old, fear not. I'm not expecting miracles in such a short timeframe. If the game entertains, informs, or moves, crude visuals won't torpedo its chances. 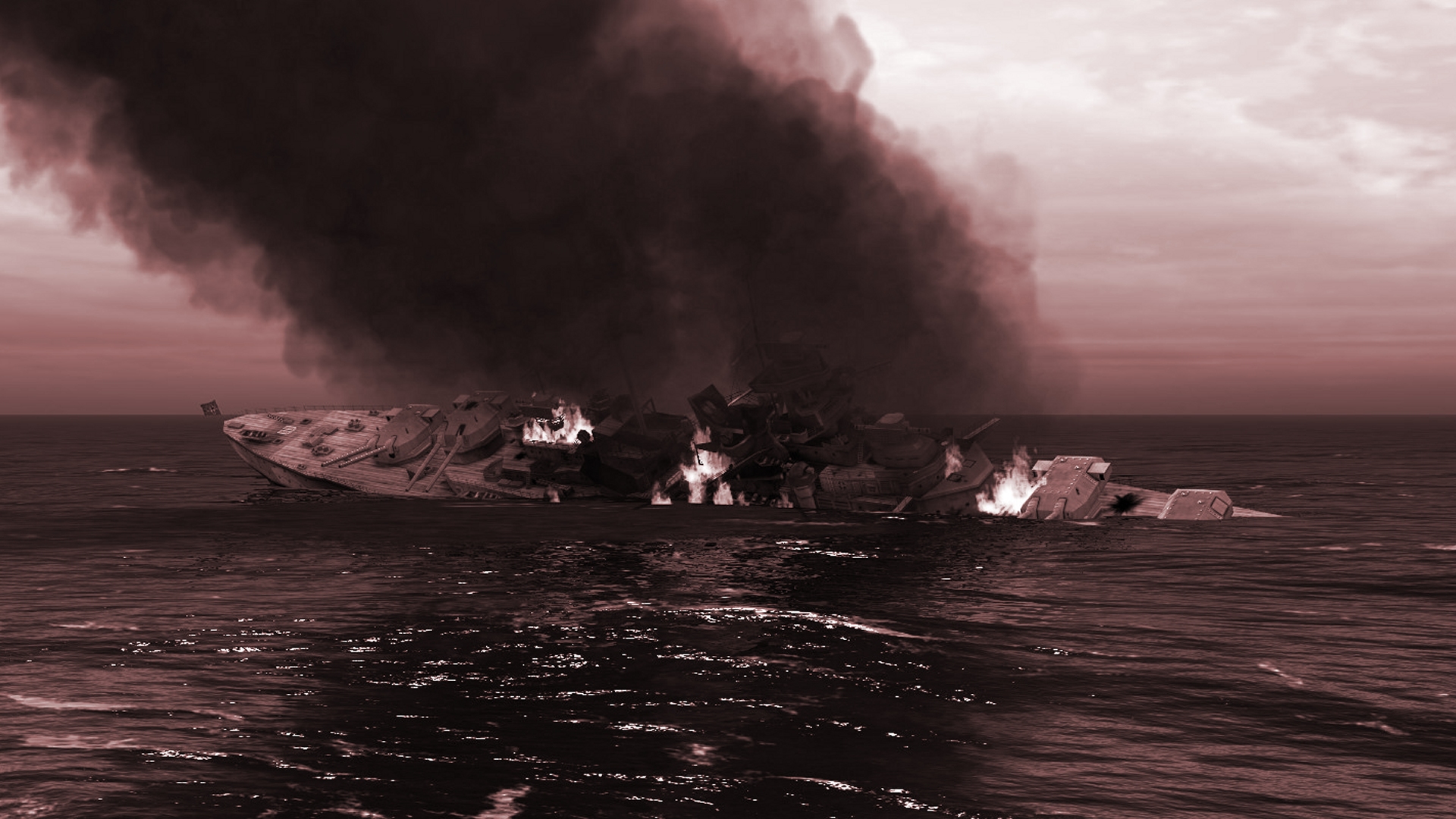 One thing I can say for certain is that excessively complicated rules and poorly explained mechanics and controls won't butter my parsnips. This jam judge wants to get into the action quickly and be left in no doubt by instructions.

Hopefully, the competition's own rules won't wrinkle too many brows and generate too many questions.

1. The closing date for entries is 40 days from today (1300 hrs GMT on November 4).
2. Entries or links to download locations should be sent to me via timfstone at gmail dot com (mailing address available on request).
3. Entrants can be amateur or professional, individuals or multi-person teams.
4. The installers for computer game submissions should be no larger than 40 megabytes.
5. Computer games must be single-player, standalone (no scenarios for existing titles), and Windows compatible.
6. Print & play submissions must be suitable for solitaire play and occupy no more than four sides of A4 paper/card (If you're going to use half your acreage for board and counters, your rules better be succinct!).
7. Print & play wargames can utilise up to 4 six-sided dice, a standard 52-card deck of playing cards, a pencil, and a chit receptacle. No other play aids are permitted.
8. Sorry, I'm not equipped to play/judge VR games.
9. While I promise to play and acknowledge receipt of every submission, time pressure means my feedback will be reserved for those designs I like most.
10. Please don't send in your game until you're completely happy with it. The judging process will be involved enough without the added complication of patches and errata. 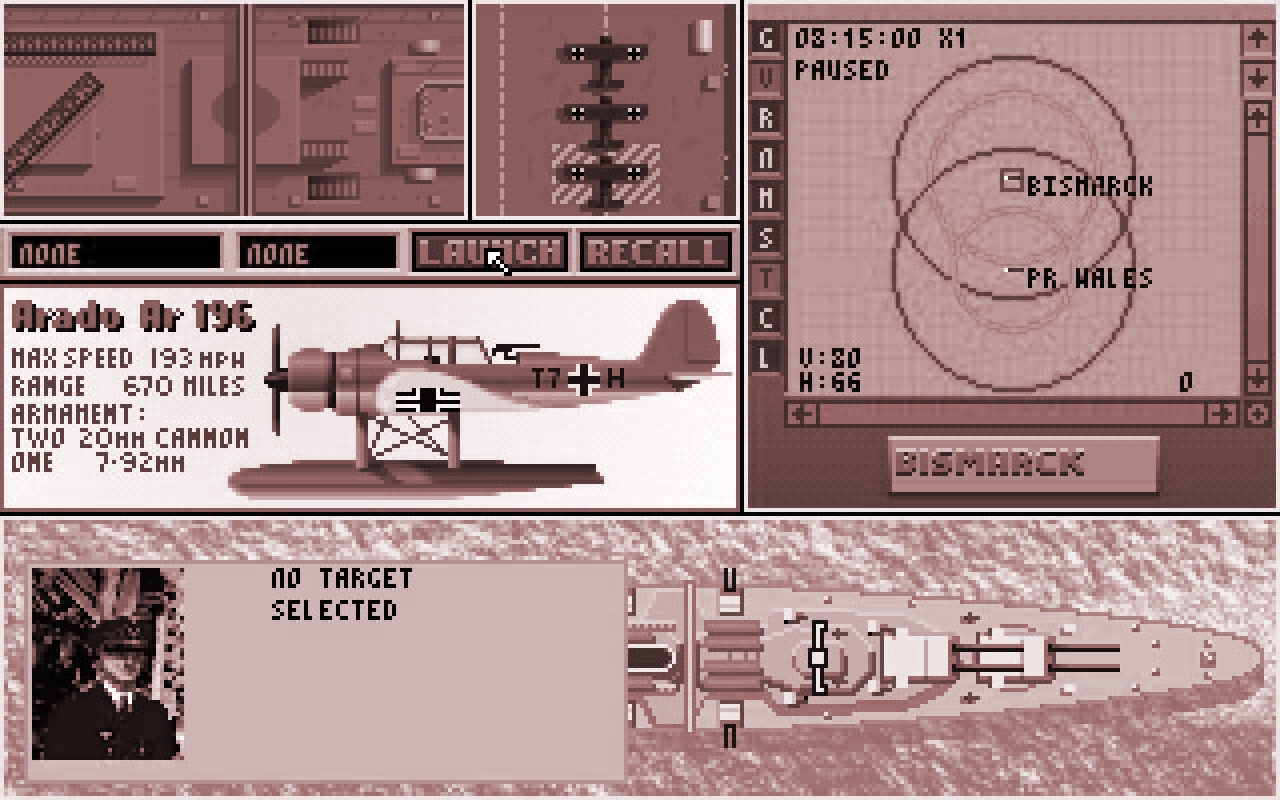 The titles that please me most profoundly will feature in a special FP published in the run up to Christmas. In addition to bragging rights and potentially useful publicity (what you do with your design once the competition is over is up to you), the makers of winning entries will receive fabulous prizes, the exact nature of which I'll reveal in coming weeks. Naturally, any games that do end up as full-blown Steam, itch.io, or Wargame Vault products will be championed by FP when they release.

Best of luck everyone. To the drawing board!

Or, if you're in the same boat as Reader #112, an expert in Napoleonic cavalry tactics and the history of the Ilmavoimat, but a neophyte when it comes to Operation Rheinübung, to the drawing board after a quick perusal of my condensed May 19-27, 1941 timeline (Obviously, far superior accounts of Bismarck's final voyage are available). 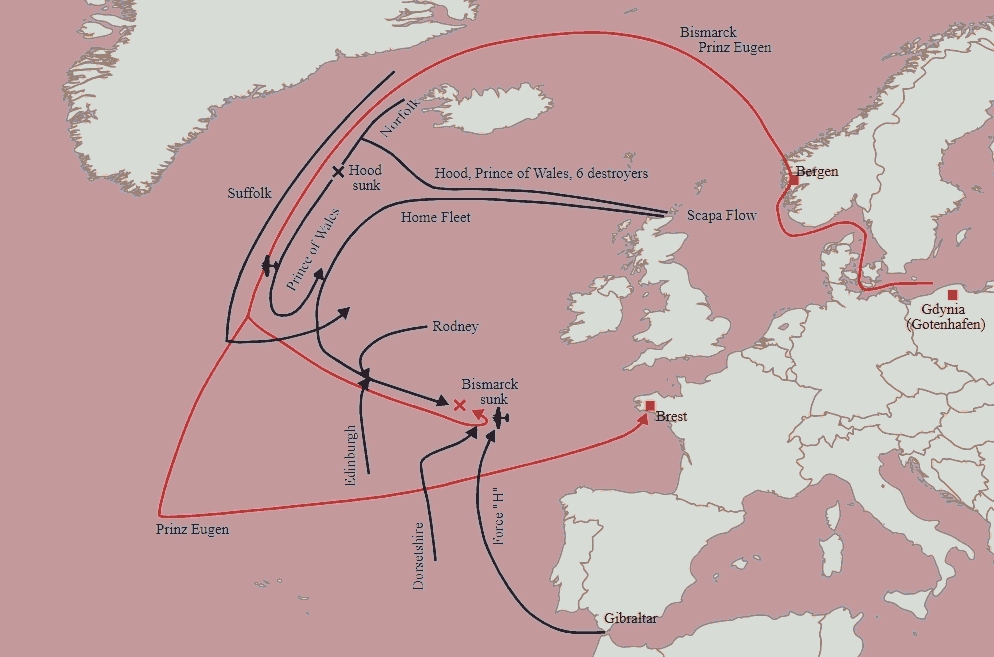 Brand new Kriegsmarine bruiser Bismarck, the Third Reich's finest angry houseboat, sets sail from Gdynia, Northern Poland, under the command of Günther Lütjens. After rendezvousing with the heavy cruiser Prinz Eugen, the pair make for the North Atlantic where they plan to cause havoc to Allied convoys already plagued by U-boats. If they make it to their hunting ground, the earlier achievements of the Scharnhorst and Gneisenau could soon seem modest.

While exiting the Baltic the aspiring commerce raiders are spotted by Swedish ships and aircraft.

Lütjens' force pauses in a fjord near Bergen, Norway, so that the Prinz Eugen can top up her fuel tanks. Meanwhile sources in the Swedish government inform the British naval attaché that trouble is on the way. 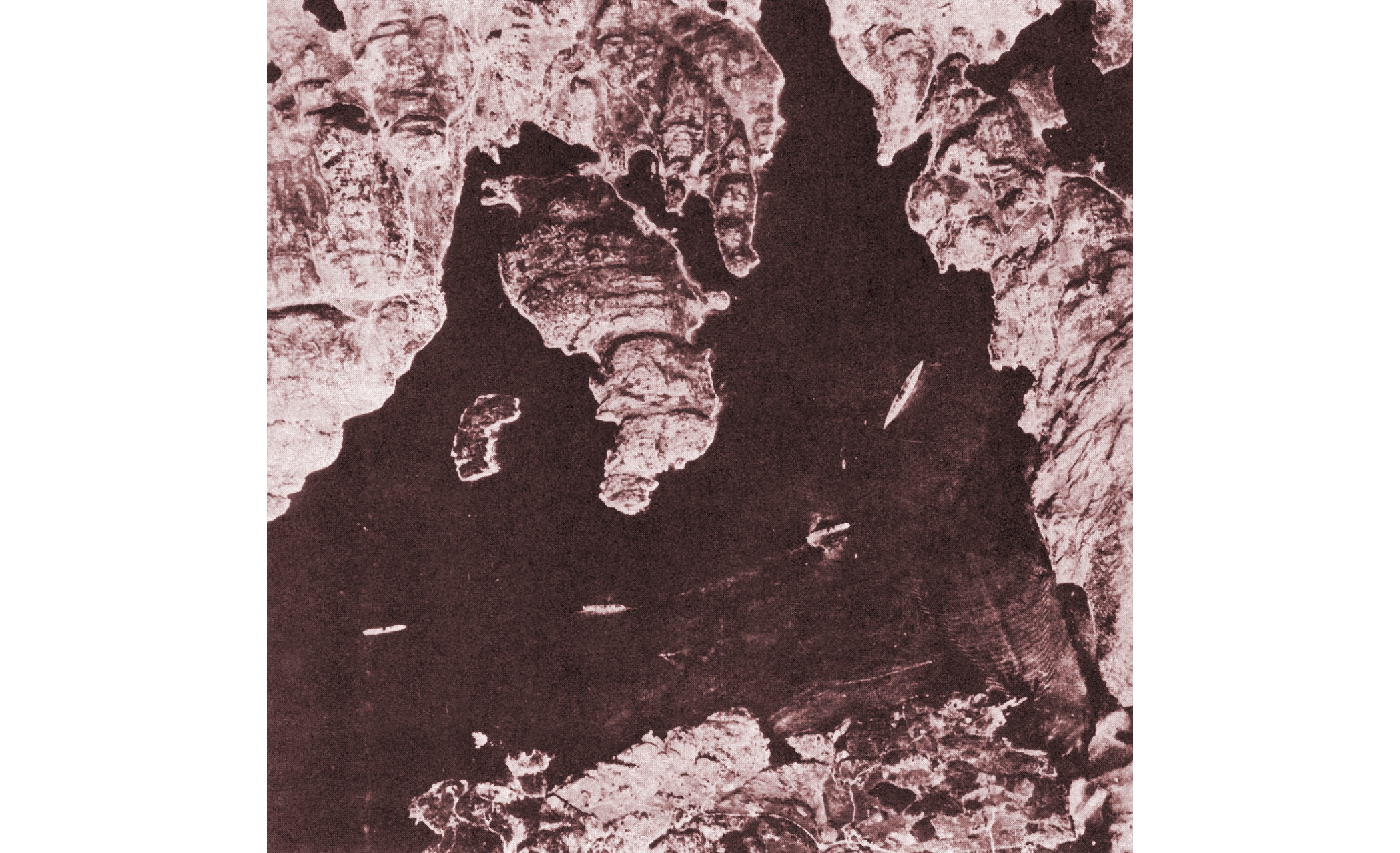 May 22
Hidden by helpful cloud Bismarck and Prinz Eugen toil across the Norwegian Sea as the Royal Navy scrambles to put assets in the four likeliest passageways into the North Atlantic. Two cruisers, the Norfolk and Suffolk, already patrol the northernmost avenue, the Denmark Strait above Iceland. The Birmingham and Manchester are dispatched to monitor the Iceland-Faroe Islands gap. If and when the enemy is spotted it will be up to a scratch force consisting of 'The Mighty Hood', the barely finished Prince of Wales, and six destroyers, sailing westward from Scapa Flow to finish them or delay them long enough for the Home Fleet (also sailing westward from Scapa) to catch up. 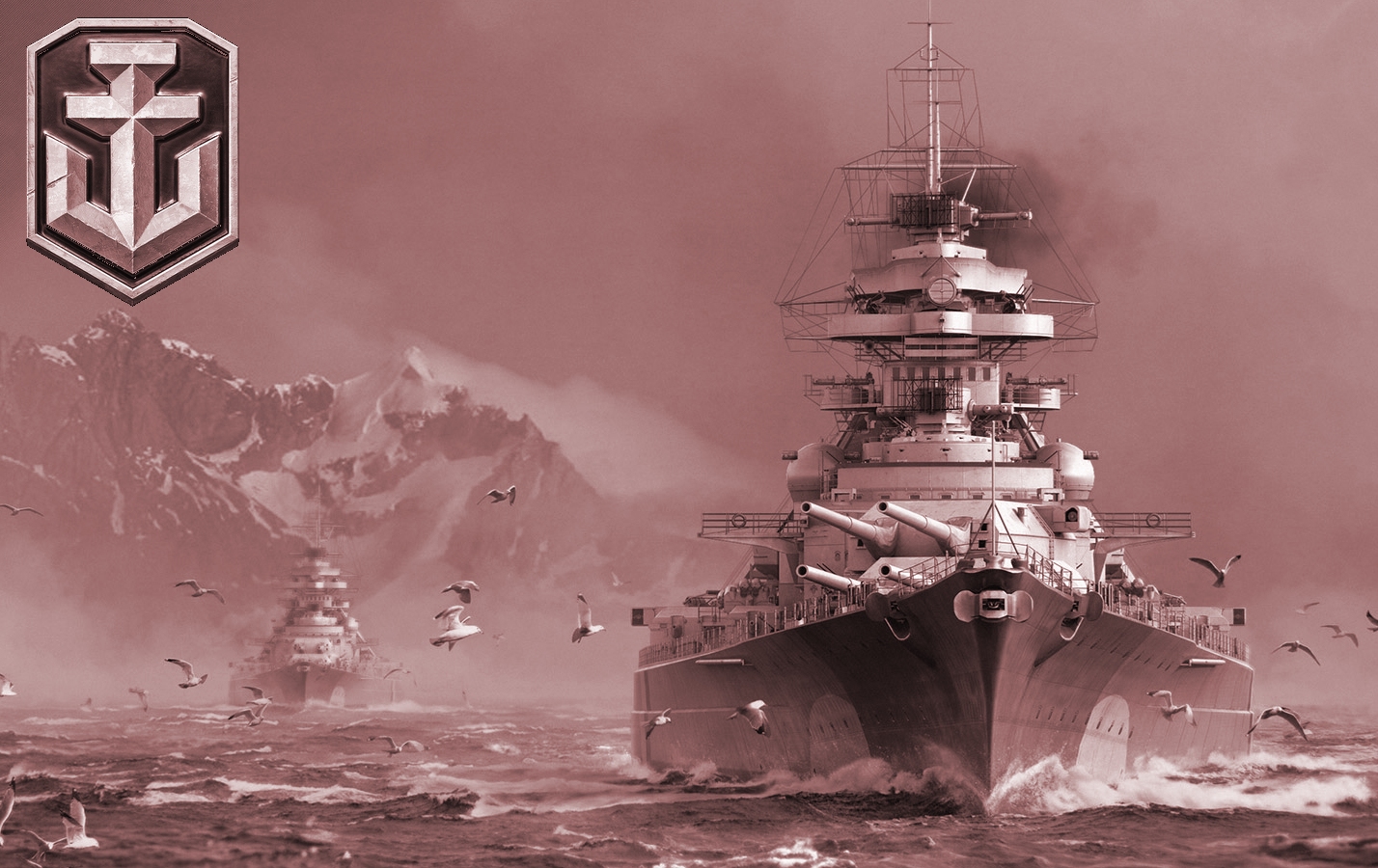 May 23
In fast-fading daylight Suffolk spots the German vessels through breaks in patchy fog. With help from her radar and her partner, Norfolk, she does her best to track them while staying out of gun range.

May 24 (morning)
At daybreak Bismarck and Prinz Eugen and their two dogged stalkers emerge from the Denmark Strait to find Hood and Prince of Wales waiting for them. Aware that the Hood's thin deck armour puts her at a disadvantage at longer range, Holland, the RN commander, seeks to close the distance between the two flotillas. Steaming into the wind, their optics sluiced by troublesome spray, the British battleships open fire at around 24 kilometres range. A misidentification leads to Hood briefly targeting the Prinz Eugen before switching her guns to the bigger threat. Prince of Wales lands three shells on the Bismarck causing minor flooding and a fuel leak. About five minutes after Bismarck opens fire on the Hood one of her salvos strikes the British veteran close to her mainmast, penetrating a magazine and causing a colossal explosion that breaks the back of the legendary ship. All but three of the 1415 man crew perish. Outnumbered, damaged by multiple shells, and with some of her guns out of action, Prince of Wales withdraws, making smoke as she does so. There's elation on the German side, dismay and disbelief amongst the British. The Bismarck's captain, Lindemann, wants to give chase but is over-ruled by his superior, Lütjens. 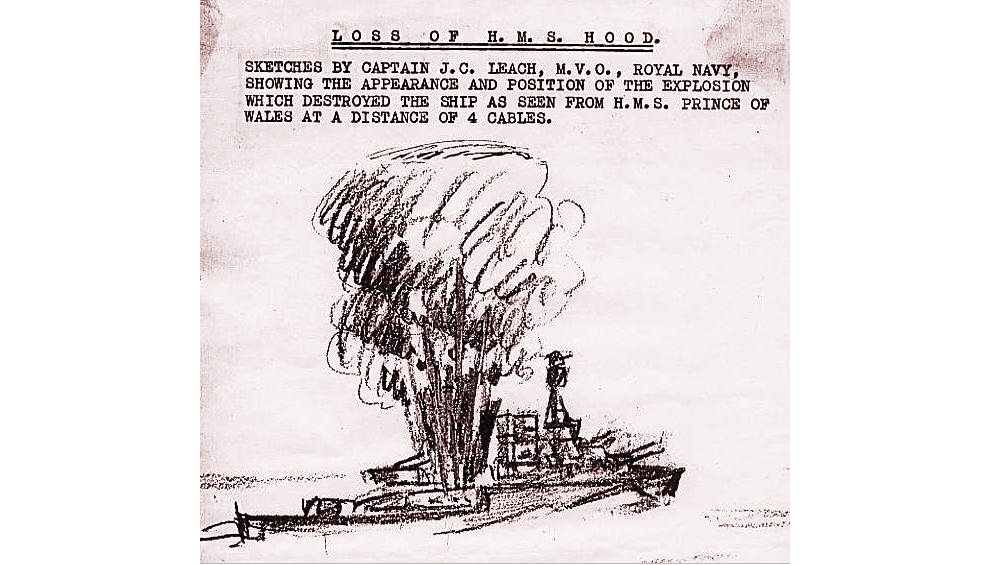 May 24 (evening)
Slightly slowed by damage and leaving a telltale slick of fuel in her wake, Bismarck turns on the Suffolk, Norfolk, and Prince of Wales so that the undamaged Prinz Eugen can slip away unnoticed. The plan is for the smaller ship to commerce raid, while Bismarck, her fuel reserves compromised by the leak, makes for Brest.

May 24 (night)
The Bismarck's turn to the east eventually brings her within range of the Home Fleet's Swordfish. Nine Stringbags launched from HMS Victorious press home an attack at 10 pm. One eel strikes the Bismarck amidships but does little damage. Amazingly all of the biplanes survive the flak and foul weather and find their way home despite the darkness and Victorious' faulty homing beacon. 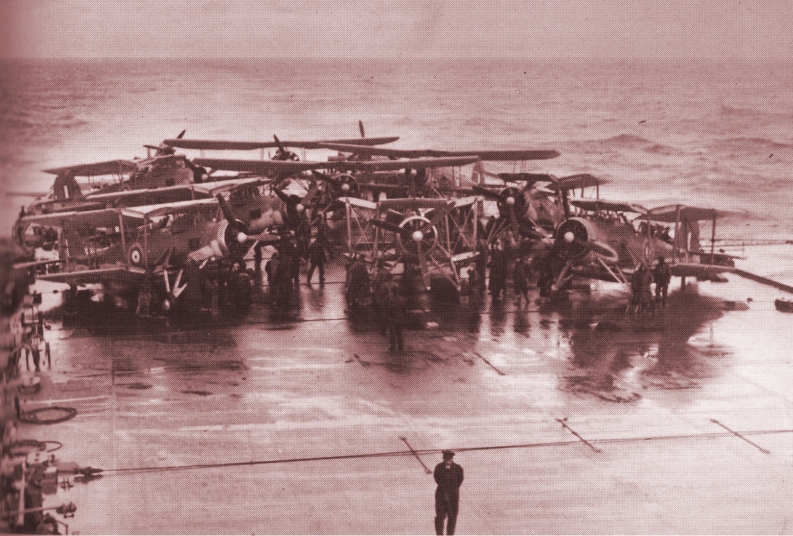 May 25
A day of frustration for the Senior Service. In the early hours the shadowers lose contact with the Bismarck. An intercepted radio transmission indicates that the German heavyweight is heading for France. The larger ships of the Home Fleet don't have the speed or fuel to prevent such a move, the smaller ones the firepower. Unless 'Force H' (1 carrier, 1 battlecruiser, 1 light cruiser) en-route from Gibraltar manages to slow Hood's vanquisher, it looks likely she'll get clean away. 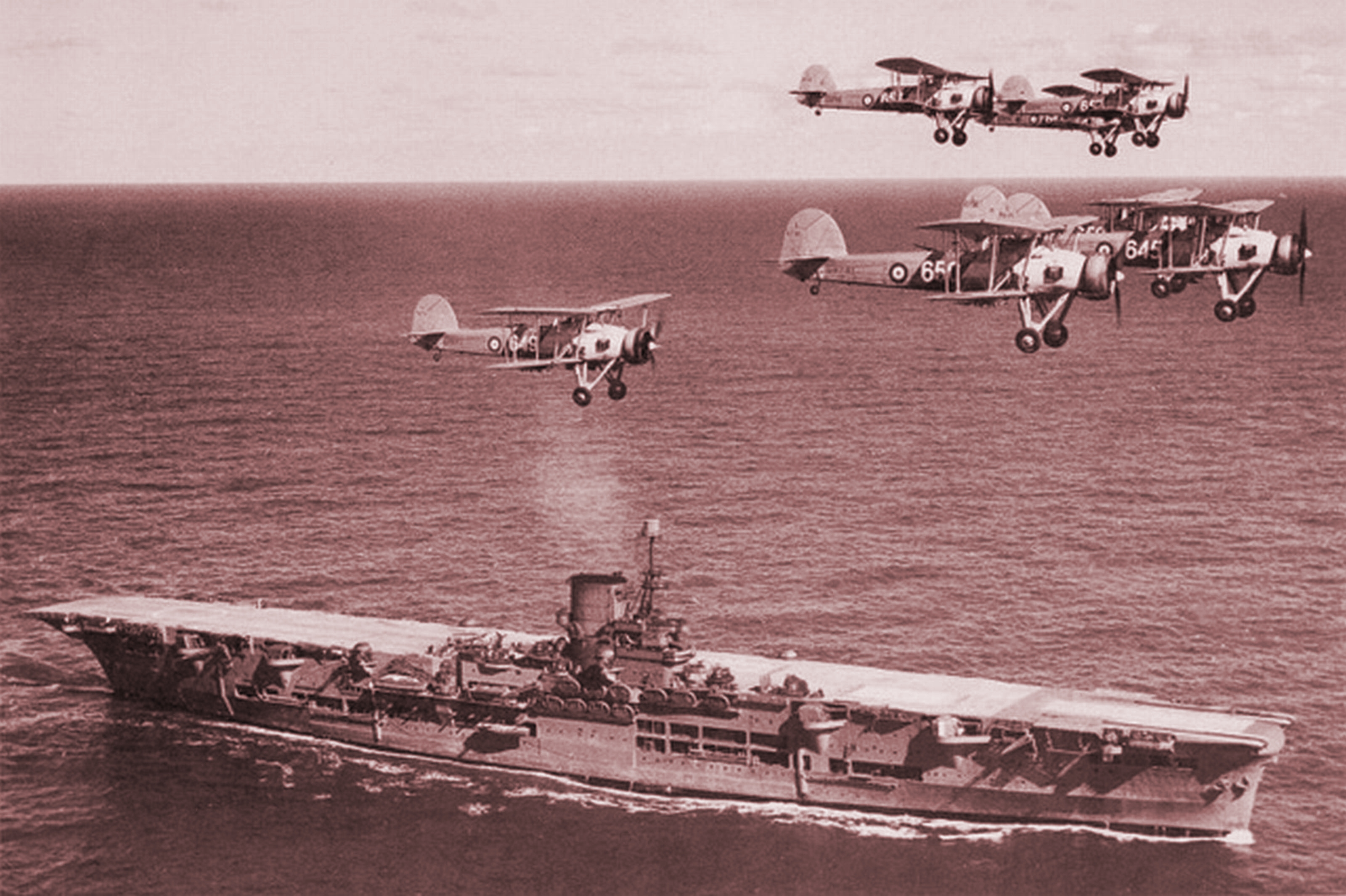 May 26
At 10.30 pm the lost leviathan is found by an eagle-eyed Catalina 700 miles from Brest. Force H's Ark Royal launches an air strike that almost ends in calamity when the Swordfish mistake the Sheffield - also part of Force H - for their quarry. Some of the eleven torpedoes fired in error at the light cruiser explode when they hit the water due to faulty magnetic detonators, others are expertly evaded. The chastened fliers return to the Ark where their crates are armed with eels fitted with reliable contact detonators. A second strike mounted at dusk in atrocious weather results in three hits, one of which changes the course of both the Bismarck and the Battle of the Atlantic. The Mark XIV that detonates close to the battleship's starboard steering compartment, jams her rudder in a 15° port turn. Faced with the choice of circling or using his screws to steer in the only direction possible, NW, away from safety and towards the Home Fleet, Lütjens chooses the latter option. At midnight, radio operators at the Kriegsmarine's French HQ receive the following message "Ship unmanoeuvrable. We shall fight to the last shell. Long live the Führer."

May 27
During the night of 26/27 May, RN destroyers harass the Bismarck with torpedoes. The Home Fleet's heavyweights, King George V and Rodney, wait for dawn to vent their spleen. Unable to manoeuvre, the Kriegsmarine flagship stands little chance but still manages to survive 100 minutes of punishment. Ultimately it's scuttling charges that send her to the bottom. 111 of the around 900 sailors who abandon ship (Bismarck's full complement was 2311) are plucked out of the sea by British ships before a U-boat alarm causes the rescuers to leave the area. 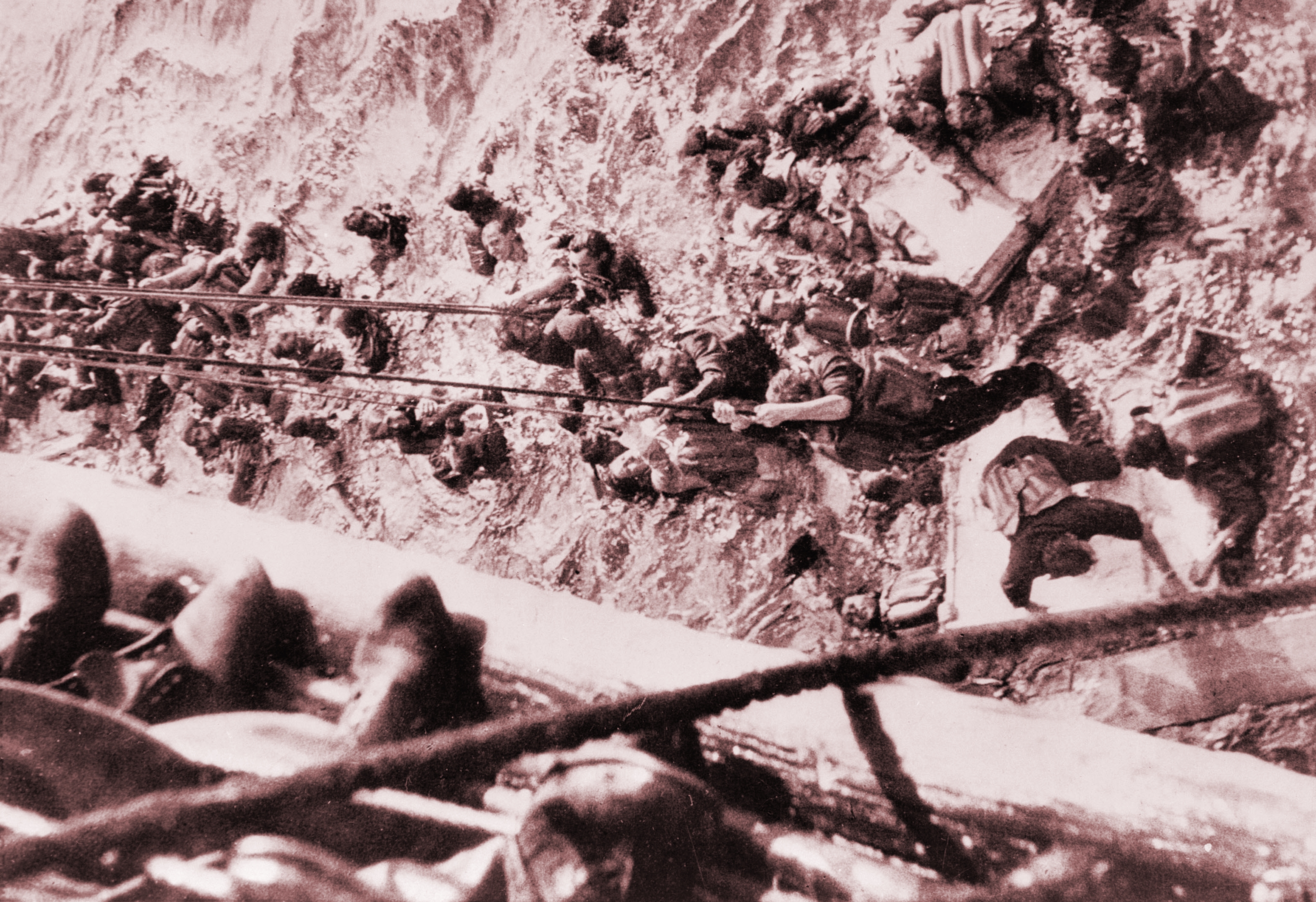 May 28
By the time U-74, German weather ship Sachsenwald, and Spanish cruiser Canarias reach the scene, the Atlantic has claimed all but five of the survivors.