Travelling in games is special. The Lord Of The Rings might describe Frodo popping over to Mordor to chuck a ring in a volcano, and 1917 might show you every inch of ground covered by those soldiers, but short of physically going on a yomp in the real world, nothing conveys a sense of a distance travelled quite like huffing your way across the open world of a game in real time.

Still, there's a reason Bethesda fill their games with monster-shaped loot-piñatas and mysterious quest-givers. If you've any experience with long-haul travel in real life, you'll know it's often the kind of journey that plays out quite unlike the experience most games want you to have: boredom, insomnia, a severe lack of personal space, and the odd chafed arse. So how do you capture this feeling in a video game, a medium simultaneously uniquely suited to simulating travel, but deathly afraid of boring players? If you’re one of the wonderful minds behind Supergiant’s Pyre, the answer lies in abstraction.

The premise in Pyre is simple: you’re a group of exiles travelling through the fantastical wastelands of the Downside to participate in Rites (a high-stakes sport where teams play a hybrid of handball and action RPG) to earn your freedom. The story is delivered almost entirely during the Oregon Trail-esque journeys you and your rag-tag companions take between Rites. 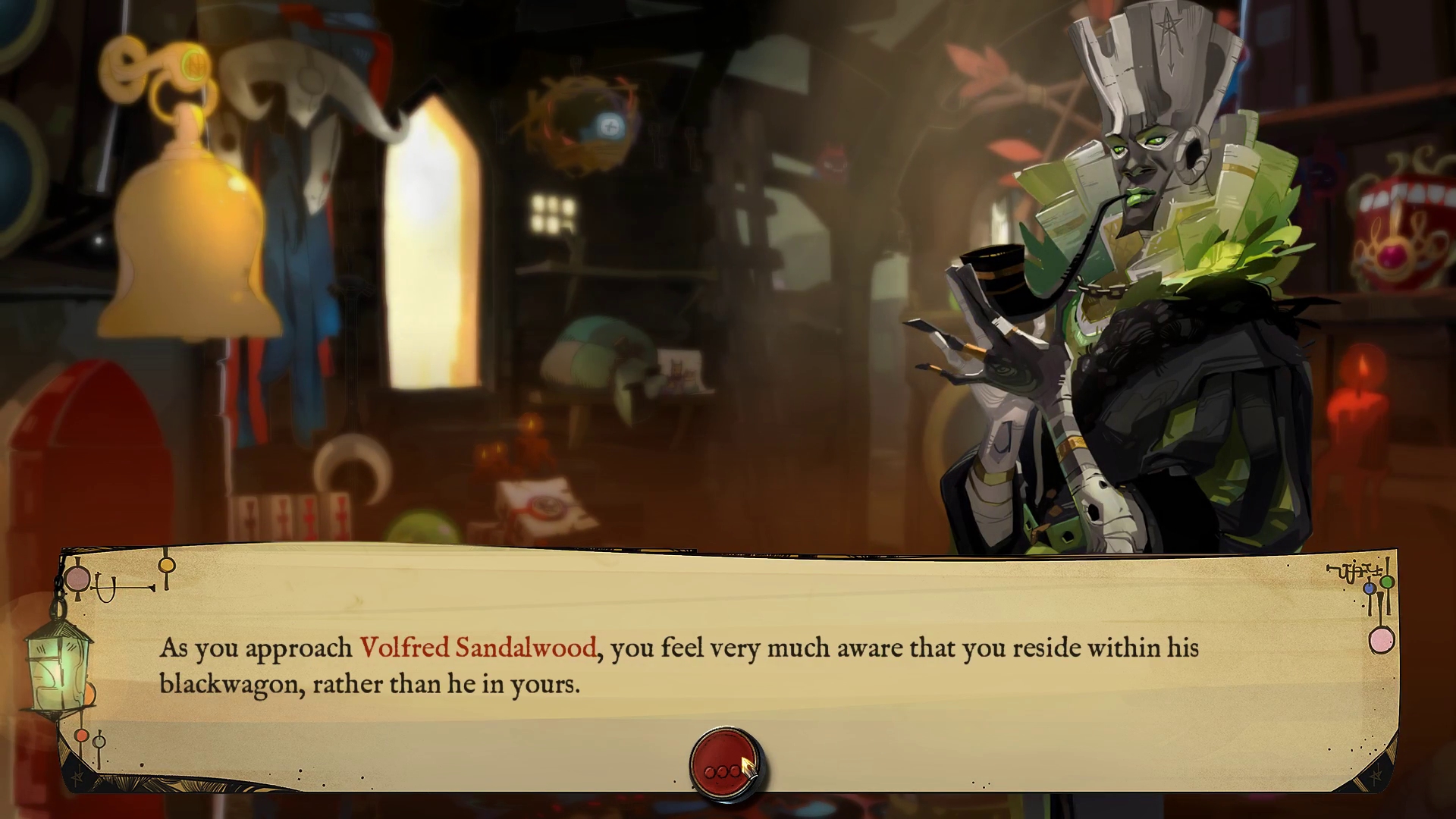 The optional dialogue sequences in your cosy wagon are perfectly judged. The sole event in your journey between, say, the Jomuer Valley and Mount Alodiel might be the talking dog Rukey asking your opinion of his moustache, or the adorable imp Ti’zo catching a fish.

This all rang true for me. A few years ago, I spent a month working in Italian summer camps and shared a horrifyingly long bus journey from Milan to Napoli with a colleague I’d never met. Sooner or later you run out of small talk and anything afterwards feels like a desperate attempt to break the monotony. But your guard inevitably slips. I haven't seen her since, but can remember her more vividly and fondly than colleagues I worked with for months, thanks to the life stories we swapped.

When these moments come in Pyre, like Rukey finally telling you the story of his banishment or the Lone Minstrel singing you a song, it feels earned, the culmination of a relationship built over the time and shared experiences. The kind of conversations you can only have when you're trapped together for hours and both getting a numb bum on an uncomfortable seat. 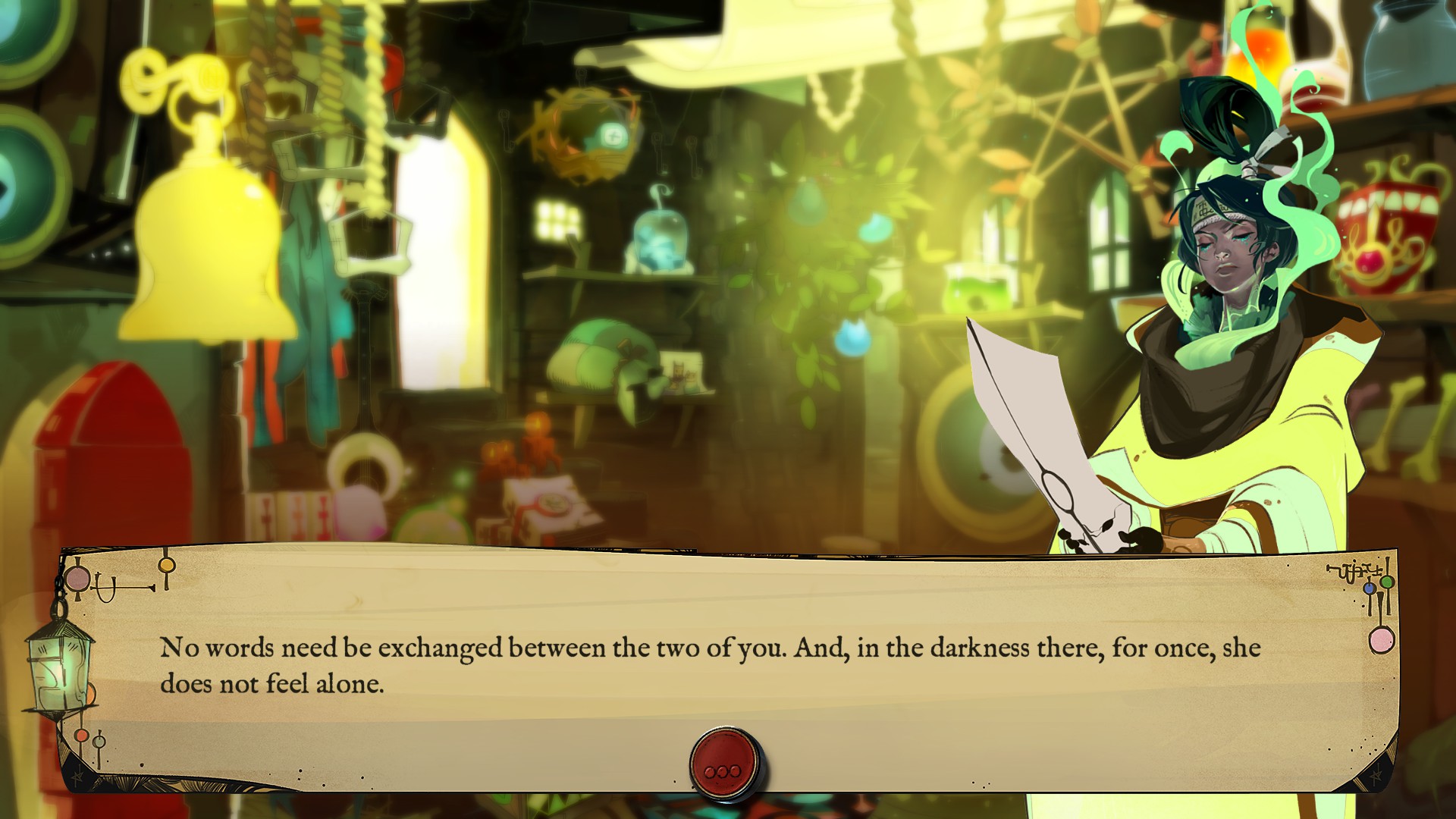 But it's this combined with the roguelike mechanic preventing you from replaying a lost match that is really Pyre’s secret sauce. I bought wholly into the stakes set up by writer Greg Kasavin, who frames matches as opportunities for your companions to settle old scores, and defeat was consistently as heartbreaking as victory was euphoric.

Adversity has a way of bringing people together; my travelling companion and I still laugh about getting stuck in an elevator, falling asleep in a late-night McDonald's, or shedding tears over our lost mascot (RIP Squishy the Unicorn) when we road tripped around Europe. In real life, and in Pyre, these experiences make your victories all the more meaningful, and make saying goodbye all the more difficult.