I cried when I first saw Sombra at the 2016 BlizzCon opening keynote. I remembered feeling uncomfortable as a child when I saw Tetra transform into Princess Zelda in The Legend of Zelda: Wind Waker; I saw how the change was framed as an upgrade from an unremarkable brown pirate to an ethereal pale princess worth Herculean and Hyrulian efforts alike to save. Any pride I could’ve had in a heroine whose skin resembled mine was taken from me. I could find comfort in neither my skin colour nor my ethnicity as a brown Latina, for there were no Latina characters I knew of.

But in 2016, here was Sombra, a brown woman highlighted on stage at one of the biggest conventions in the industry. After over a decade, I could finally play as someone who looked like me and wasn’t an amalgamation of stereotypes.

But in 2020 this, too, feels like it has been taken from me. Sombra sadly didn’t kick off a wave of varied Latina characters. She ultimately served as the blueprint this industry refuses to discard. Today, it’s painfully clear the AAA FPS genre, dominated by games like Overwatch, Apex Legends, and Valorant, knows one extremely limited kind of Latina. Since Sombra, these games’ Latina characters – Loba, Raze, and Reyna – are mired in racist and sexist tropes, like hypersexualisation, stereotypical writing, and Latinx prejudices. While these games offer little storytelling and characterisation, the little that is there has, for Latina characters, robbed people like me of the chance to see our complexities explored.

The depiction of Latinas in media has long become synonymous with hypersexualisation, exotification and objectification. In a world in which whiteness decides beauty standards, and in which those standards are a form of social, cultural and economic currency, those who deviate from those concepts are seen as foreign and less human. All of these, with exotification – assigning stereotypes to a person because they deviate from the norm, which is largely determined by whiteness – in particular, are the foundations for Loba.

"The top three roles non-Latinos see Latinos play are: criminal or gang member, gardener or landscaper, and maid or housekeeper."

Loba is defined by her sexuality, and thus othered from the other women in Apex Legends. Her character trailer ends with the narrator saying, “The Apex Games have never looked so good.” She is marketed as the introduction of style and class; of having a glamorous appearance “matched only by her lethality.” Her name is a form of Spanish slang for “an attractive woman.” She has an incredibly low-cut top in which her cleavage is emphasised. The camera in trailers makes a point of showing the fullness of her backside. She wears impractical heels on the battlefield. Her walking animation is even so overly coquettish that, when contrasted with other characters in the game, it feels reminiscent of Catwoman’s exaggerated animation in Batman: Arkham Knight.

She oozes sexuality – and, according to writer Tom Casiello, this was one of the main intentions with her character. “I really wanted to introduce a female character who kind of owned her sexuality and kind of owned who she is and liked to look good when she wakes up in the morning,” he told Dexerto. He felt like Apex Legends, with its storied soldiers, needed the injection of sexuality, for erasing sexuality felt “almost as sexist as doing all sexuality.”

It’s not a notion I disagree with – but it’s one that vastly differs in execution between white and non-white women, especially Latinas. Historically, sensual is almost all that Latinas like Loba have been allowed to be in media. Additionally, she’s bisexual, belonging to another group of women who have long been depicted as hypersexual. With the frequency and crudity with which I’ve seen players objectify Loba, and the fact she is a fictional character with minimal writing and agency establishment, it feels less like she owns her sexuality. Instead, it feels more like she’s confined within the demands imposed upon the sexuality of a character who is like her. 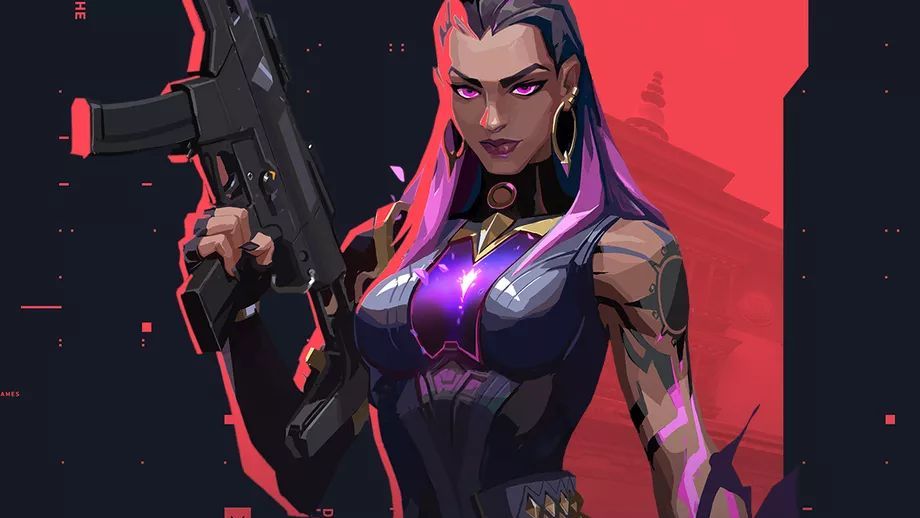 Similar demands are put upon Valorant’s Raze and Reyna. During the game’s beta, Raze stuck out as the most sexualized woman on the roster. Compared to Sage, Jett, and Viper, who wear practical clothing, Raze’s midriff is exposed and her pants accentuate her hips. She was the only one who wore sultry makeup until Reyna’s addition. Reyna doesn’t fare much better. Her outfit emphasises her chest and tantalisingly exposes her right thigh. In the Valorant launch art, she’s posed in a manner that emphasises her backside.

Just like Loba, they are hypersexualized and othered in a multitude of ways – and it isn’t just visually. A 2012 report from The Hispanic Media Coalition titled, “The Impact of Media Stereotypes on Opinions and Attitudes Towards Latinos” found that “non-Latinos report seeing Latinos in stereotypically negative or subordinate roles (gardeners, maids, dropouts, and criminals) most often in television and film.” Additionally, it found that “the most commonly held Latino stereotypes run parallel to those reflected in the media,” and subsequently, “the top three roles non-Latinos see Latinos play are: criminal or gang member, gardener or landscaper, and maid or housekeeper.” The aforementioned women, including Sombra, are emblematic of this problem.

“I’ve always felt it in my blood. I am a thief,” Loba says, as if crime is part of her DNA. She’s no drug lord, but she’s the most notorious thief in the Outlands. Her greatest power comes from the Jump Drive tech she stole and the staff that gives her access to the Black Market Boutique. She is morally ambiguous; her tragic origin story is framed as a journey of revenge and crime. And while there’s nothing inherently wrong with allowing a character to be angry and vengeful, her background could have expanded her character beyond fury, violence and theft.

Like Loba, Sombra is a hacker and a thief whose morals are unpredictable. Reyna has an almost sexual appetite for murder. “More, more,” she growls in the middle of her reveal trailer as she activates her powers and kills members of the enemy team. After she’s done with them, she moans, “All dead, and I’m still hungry.” Raze fares the best since she loves using explosives but isn’t specified to love killing, being devious or committing crimes. And, yes, the bar is that low – not just for the AAA FPS genre, but for video games as a whole given how rare Latinx characters are in this space. 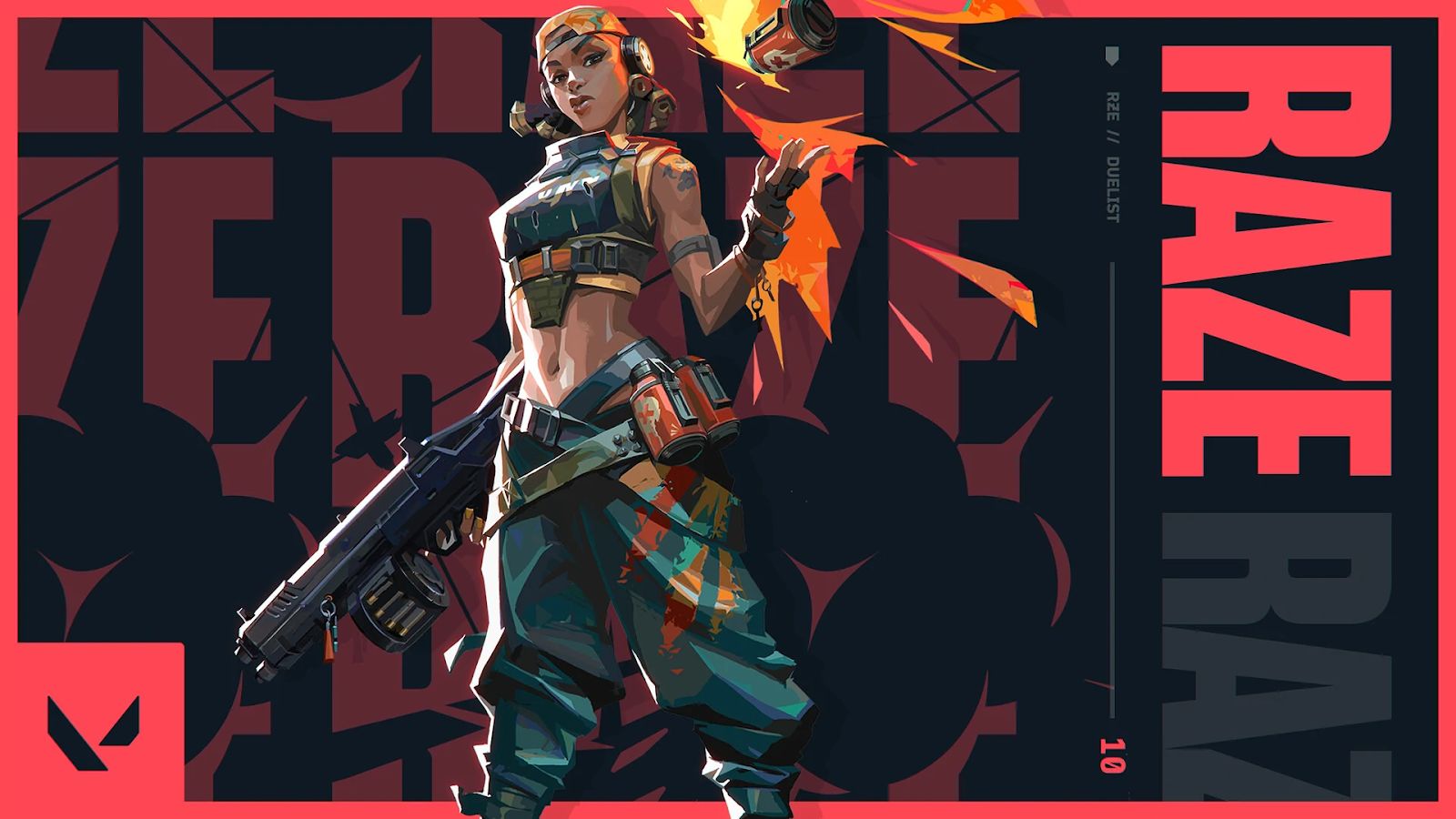 Stereotypes are communicated through their audio characterization, too. These women suffer under the all too common racist misconception that the many Latinx cultures of the world are a monolith; that we don’t have infinitely different accents, dialects, cultures, and more. The late actress Lupe Ontiveros played a maid on television more than 150 times, and would even get fewer roles when she spoke perfect English because she didn’t fit non-Latinx people’s perception of what we are. That perception can be seen through these four Latina video game characters, too. Despite Sombra and Reyna being Mexican, Raze being Brazillian, and Loba’s heritage being unspecified, all four have practically the same Ambiguously Hispanic accent that has been decided by (often white or non-Latinx) voice acting directors.

Instead of these characters having different accents from each other, reflecting part of the diversity of the 33 countries that make up Latin America and the Caribbean, they are identified as Latinx through their brown skin and an accent whose authenticity and marketability is vouched by white people. Loba’s voice actress, Fryda Wolff, has spoken about the industry’s problems with this before. Because of her American accent, she has been deemed as not Latinx enough for ignorant white directors. She has to “rev up” a non-descript accent. “I’ve been in sessions where I’m meant to have an Argentinian accent and the white booth director says, ‘Yes, just do it like Sofia Vergara,’ and I’m like, ‘She’s Colombian,’” she says in an interview. 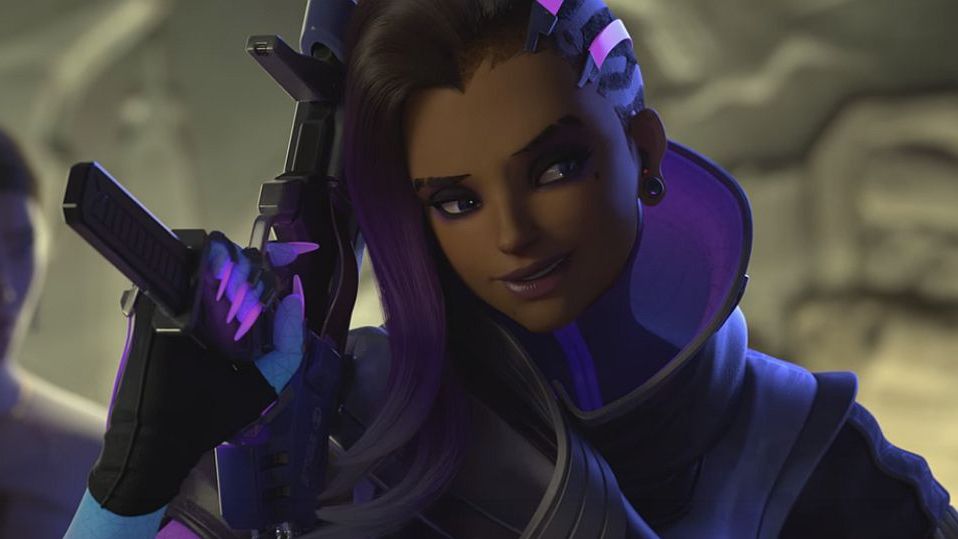 Latinas, and darker-skinned women in general, are rarely allowed to be more. The darker our skin, the less we adhere to whiteness, and the more deviant we are assumed to be. We’re allowed to be sexual, fiery, devious, seductive, and physically mature. We can almost never be vulnerable, cute, insecure, delicate, soft, or simply human – especially in the ways white women like Overwatch’s Mercy or Apex Legends’ Wattson get to be. We are constantly forced into an intensely stereotypical and narrow view of us that only gets further perpetuated every day through the media and is extended into the policies and cultures that shape our lives.

Through Sombra, Loba, Raze and Reyna, I can appreciate being able to see myself as poised, self-assured, and assertive. But that’s not all Latinas like myself can be. It’s not all we are in the real world, especially one that seeks to grind our nuances into dust. It stands to reason that we shouldn’t be portrayed as just this in fictional worlds.

In the AAA FPS genre, I have to pick between four women who, sadly, seem to make up the only kind of Latina that can currently exist in this space. I have to make compromises, only able to play as myself with uncomfortable caveats that never let me forget how non-Latinx people see me. Latinx characters in the media are reduced to morally depraved thieves, sex objects, and dishonest criminals. For all the crimes they’re made to do, it’s the crime of not letting us exist as more than unimaginative and outdated stereotypes that feels like the gravest of them all.