I wouldn't open the sixteenth door of the RPS Advent Calendar if I were you. Pretty sure there's someone on the other side ready to punch and/or kick you. Oh, you're going for it anyway? Okay, well. On your head be it.

Colm: I was properly worried about Streets Of Rage 4. The last time Blaze Fielding was dishing out hurt on the pavement, Marti Pellow was topping the charts. For 15. Long. Weeks. But when I saw the beautiful hand-drawn art style, landed my first Grand Upper, and saw vegetarians could transform bin chicken into bin salad, I was in.

Rather than try and modernise the venerable beat 'em up series with things like overly long cutscenes or an unnecessary skill tree, the developer just put more emphasis on what Streets Of Rage is known for: the punching and the kicking. The new combo counter and online leaderboard aren't revolutionary, sure, but their inclusion means there's more reason to dive back in after you’ve enjoyed the campaign’s afternoon of entertainment. And every playable brawler offers something different in combat, too. My personal favourite is Adam, though, because his special ability sees his feet turn into dragons, which is quite impressive.

While nostalgia is obviously the hook, Streets Of Rage 4’s subtle tweaks can be seen in every aspect of the game. Seen and heard. Composer Yuzo Koshiro’s work on the original games can be found on most Best Soundtracks lists, and rightly so; those tracks were outstanding then and they’re outstanding now. Koshiro was drafted in as a way to bridge the gap between old and new, with his classic, more chiptune-y sounds drawing you in at the beginning of the game, before SoR4’s lead composer Olivier Deriviere takes the quaver-shaped ball and runs into a wall of synthesizers and drum machines. It’s familiar, but fuller. A richer sound than you’ve heard before, despite you being convinced you already have it on your Spotify.

Is it revolutionary? No. But, then, this game didn’t need to reinvent the wheel, it just needed a little oil. And an Axel Stone with a beard. 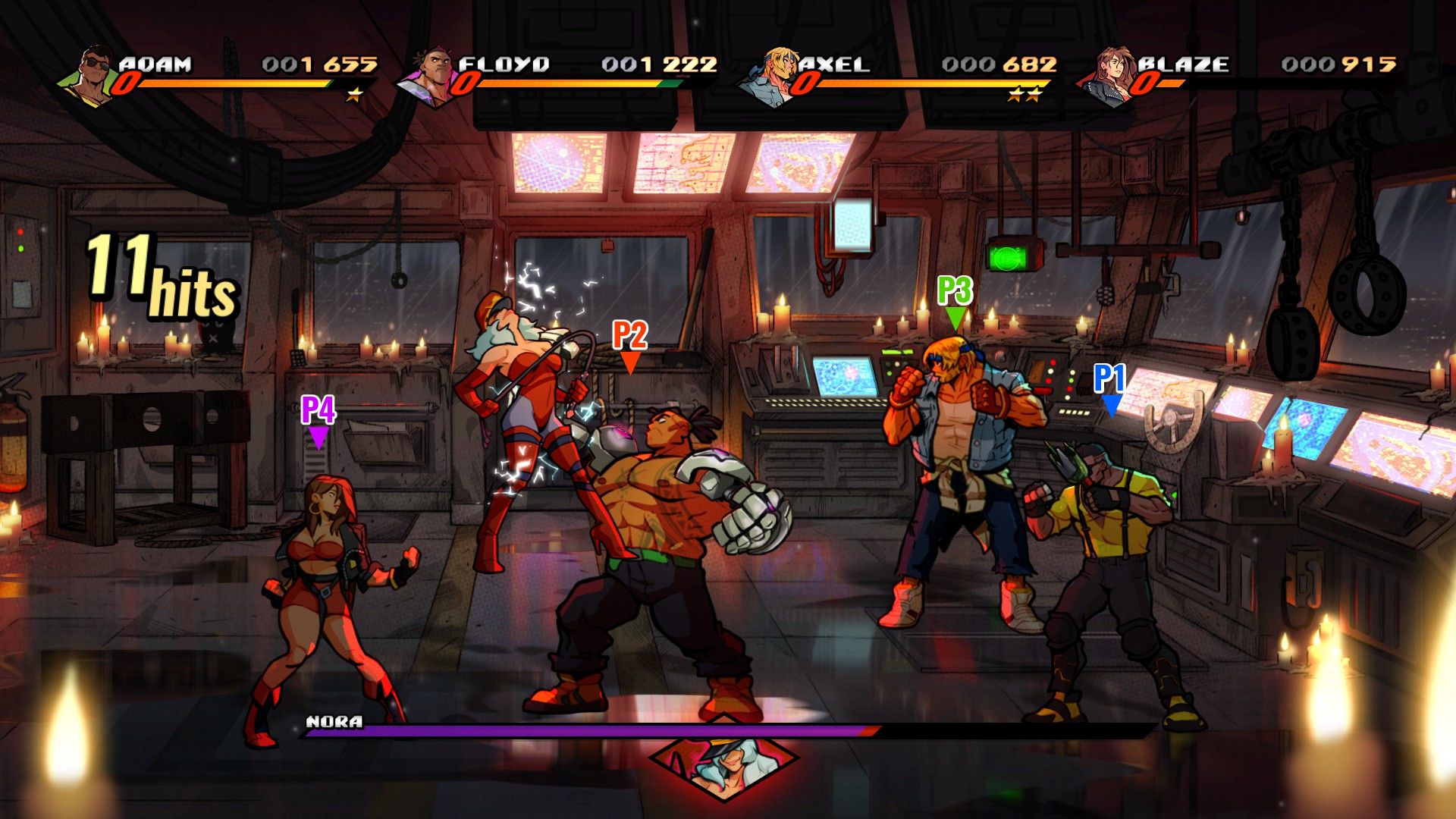 James: I’m a youngster, so I'm something of a novice when it comes to these old school beat 'em ups. They always looked cool, side-scrolling and smacking up enemies, but the closest I ever got to the genre was Castle Crashers. Streets Of Rage 4, then, is a game I can’t really compare to anything I’ve played before.

Well, it turns out this game is sweet as hell. Axel, Blaze, Cherry, Floyd, and Adam all have unique fighting styles and moves, and you can even unlock 16-bit fighters from the old Streets Of Rage. Regular enemies are a joy to smack around, and each character feels brilliant to play as. Floyd is a giant grappler, with the ability to walk around carrying baddies and smacking them together with his giant metal arms, whilst Cherry can flip around, bouncing off their heads and bashing them up with her guitar. I played through it for the first time on hard mode, and whilst I struggled, it never felt hopeless like a lot of ‘hard’ games. The option to switch up my character and try again was always present, and sometimes a difficult boss just needs a bit of practice.

It’s never boring to replay stages either - so if you keep dying on a boss fight, it doesn't feel like a slog to get back to them. Instead, I took the opportunity to try out new approaches: maybe if I focus on getting hits in rather than letting the police and fighters scrap, I’ll get more points for extra lives, helping me in the boss battle.

Streets Of Rage 4 just makes everything feel brilliant. I can’t recommend this game enough, and it’s perfect for a bite-sized session. You can get through a stage in a few minutes, a far cry from the dozens of hours you might be dreading setting aside for whichever open-world game you’re currently putting off playing. Treat yourself with some Streets Of Rage 4. You won’t regret it.