Door 21 on the RPS Advent Calendar is all covered in carved runes, and the planks look like they've come from a few different trees - even if they're now all part of the same door. Sneaking through it might be the way to go, but honestly, you're free to boot it down and set it on fire if you'd prefer.

Imogen: I never played an AssCreed game before Valhalla, so I don't really understand any of its underlying story about modern humans and weird magic. I don't want to understand it either, to be honest, because to me Valhalla is just a fun game about being a cool stealthy Viking.

One of my favourite things to do is climb everything. Mostly because it's very freeing, but partially because I find it incredibly funny. While the climbing can be finicky at times, for the most part you can pretty much ascend anything. It's not like the annoying Horizon Zero Dawn, where you play a character who is clearly very good at shuffling themselves up rocks, but will only do so up specific paths with bright yellow ledge markings. Rubbish! Push Eivor up to a flat wall and she'll just go, regardless of whether or not there are handholds.

Which brings me to the bit I find funny: a hulking Viking warrior sprinting and leaping at various buildings. Every time I do it in some random town or village I am both baffled and amused that no one really seems to care. It's almost like these people have absolutely seen the terrifying woman scale the side of a church, but of course they're not going to call it out because what if she jumps down and crushes me.

And I absolutely would do that because aerial takedowns are also wonderful. There's nothing quite so satisfying as a stealth attack from above, especially when you're a giant Viking who absolutely flattens people before giving 'em a quick stab. I'm 90% sure they're already dead from the impact of Eivor's body, poking them with the hidden blade just seems like a formality at that point. 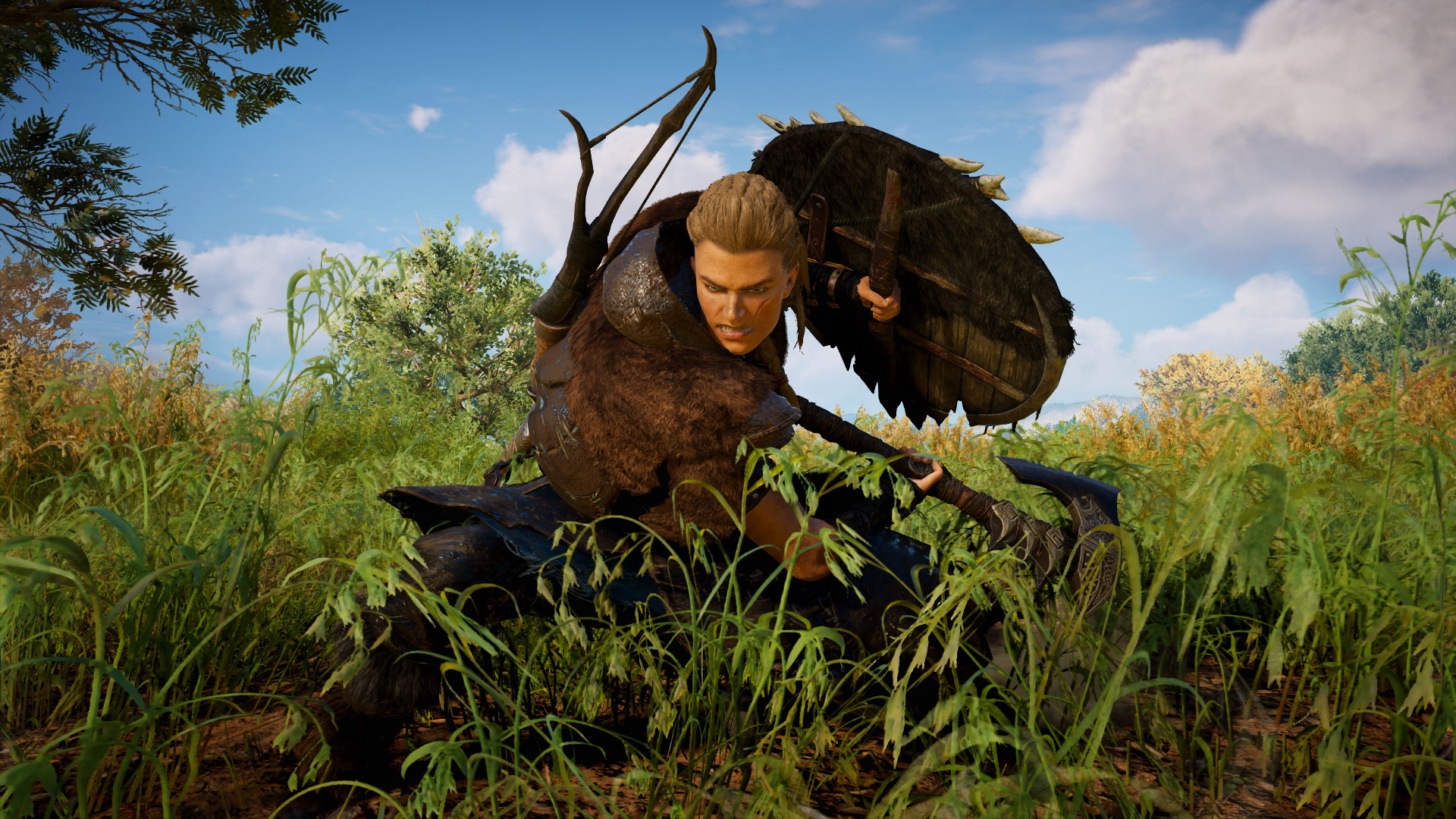 Alice Bee: Imogen need not worry, because most long time fans of Assassin's Creed do not understand the aliens-but-not, historical-computer-magic framing story. It was never really the important part anyway, right?

Ubi's stately flagship adventure series, which is basically about stabbing people throughout history, got a bit of a revamp a few years ago with Assassin's Creed Origins. Set in Ancient Egypt, the new style Assassin's Creed stripped back the HUD markers, revitalised combat, gave you a much bigger, more alive world to play around in. Assassin's Creed Odyssey added a massive hench girl protagonist into the mix. And this year we got Valhalla.

Because I have played all of the AssCreeds, Valhalla, to me, feels like a game that has all the best bits from the series. It's got the big world to play around in, the hands-off approach that lets you play in a more adventurous, off-the-leash way, and the big hench girl protagonist from the more recent games. But it brings back the blending in stealth from the earlier games. It fades out the precursor high-tech alien stuff.

Then it also adds Viking raids in your own longship (with a cat!), hoofing axes at people, cool undercut hairdos, a village to kit out, and a a whole side bit where you can relive being a Viking god that you can totally ignore if you're not into it.

Sometimes the amount of stuff you can do feels a bit overwhelming, and I don't think it needs all the elements in there that it has. The sidequests where you find an ancient altar stone and then have to do a fetch quest to kill loads of hares and collect their feet could probably have been trimmed back.

But the missions where a nudist colony have gotten into a fight with their former leader (and he is now standing naked on a rock above their bathing spot, and is constantly yelling at them) or two families are fighting over their shared grain business so you set the entire thing on fire, or the family of pagan witches... yeah, that kind of stuff can stay. Assassin's Creed is dead; long live Assassin's Creed.