As a year, 2020 felt about 25 years long. Maybe that was because of all the world events, but videogames also had a hand in warping our sense of time. Which of our favourite games lies behind door number two in the advent calendar? Click below to find out.

Colm: The greatest compliment I can give THPS1+2 is that it plays as well as my memory of the originals. And that alone is reason enough for it to be considered one of 2020’s best. Because, lord knows, developers have tried to recapture that magic over the last decade plus, and have almost always fallen at the first rail. Did you play Tony Hawk’s Pro Skater HD from 2012? I did… Jesus Christ, I thought poor Anthony would never bounce back from that.

Revisiting these shinier versions of Hangar and School 2 while Zack De La Rocha shouts was already enough to transport me back to a simpler time, but Vicarious Visions’ decision to include reverting and wall planting – both of which didn’t come into the series until later – was inspired. That, on top of being able to manual your way around stages from the original Pro Skater, allows you to find new combos that simply weren’t possible before. You’re able to push up against the true limits of these levels you thought you knew inside out.

One of the best additions to this reworked package are the challenges that span both games. While maps contain the objectives you know and love, like Kickflip TC’s Roof Gap, Ollie The Magic Bum and so on, you’re also able to chip away at larger goals that unlock new looks for your skaters, as well as boards to ride. The perfect excuse for one more go. And then another after that.

Playing Tony Hawk’s Pro Skater 1+2 reminded me of why I never fully got on with the more sim-y skate games that came after THPS. I want big stupid moves, ludicrous combos, and floating gold letters. That’s skateboarding games to me. 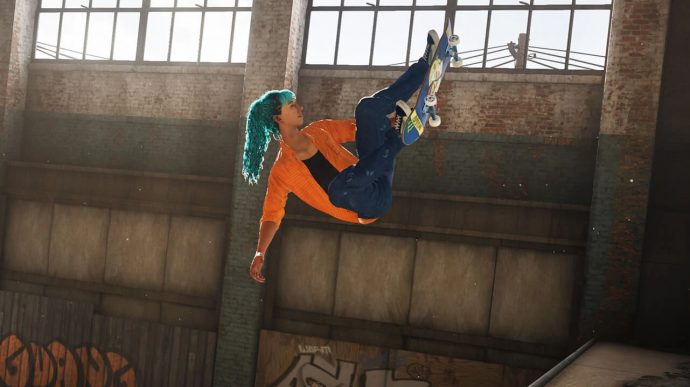 Jake: I'd love to take a time machine back to meet my 11 year-old self. I'd show him just how far gaming has come in 2020, giving him a peek at this year's cutting-edge releases like Tony Hawk's Pro Skater 1 + 2 and the new Crash Bandicoot game.

Honestly, I think he'd be chuffed to bits to see old Anthony Hawk still kicking it, because skating games were absolutely the coolest things we had back in the early 2000s. It's been a long while since the last genuinely good one though, and personally - as great as the Skate games and indies like OlliOlli were - I'd been missing my Pro Skater fix.

Tony Hawk's Pro Skater 1 + 2 is better than it has any right to be. By folding in mechanics like the manual revert from Pro Skaters 3 + 4, the team over at Vicarious Visions have created a sort of greatest hits of the Pro Skater series. All of the iconic maps are there, and looking newer and shinier than you'll remember. They even added new songs to the soundtrack, and while that may sound akin to messing with perfection, new acts like Machine Gun Kelly and Viagra Boys fit the vibe perfectly.

What THPS1+2 absolutely nails though is something that's special to skating as a subculture. Skating, for all its danger, punk-attitude and cooler-than-you devotees, is wonderfully inclusive. Head down to any skate park in the world and you'll see older skaters teaching newbies, tweaking their pristine boards and lending them tips on the best ways to fall. This sense of togetherness and inclusion is clear to see in the opening cinematic of the game. The new selection of skaters is incredibly diverse, even the original cast appear as their current middle-aged forms. Everyone is welcome, just bring a board, a tape cassette of the new Papa Roach album, and the willingness to fail over and over again until you land your first trick.