2020 was a great year for multiplayer games, whether you want to relax and hangout with your friends or get extremely not relaxed with some friends. Our next pick for one of our favourite games of the year: the latter.

Ed: Valorant is a multiplayer first-person shooter that’s basically Counter-Strike with wizards and ninjas. This means it has this emphasis on precise trigger pulls and crisp headshots, but with an added blend of hero abilities mixed in too. Before the start of each match there’s a roster of Agents - as they’re called here - which you can pick from and it’ll either be your job to plant the bomb or stop that from happening.

At first, I thought Agents and their abilities wouldn’t mesh well with the more measured, knife-edge tension of Counter-Strike. Well, Valorant proved me wrong. Each Agent brings something to the table which, for the most part, aren’t meant to be used offensively, but rather act as clever tools to create opportunities: surveillance cameras that can help you spy enemies from afar, perhaps, or fire orbs which curl round corners and blind aggressors.

I’d always been into Counter-Strike because it rewards teamwork, but also hard work. Not so much now, but a few years back I’d warm up with aim training exercises before hopping into ranked matches (what a massive nerd). Eventually I burned out on the fact I’d actually need to practice to keep playing at a certain level, but deep down I sort of missed the grind.

Then Valorant came along and freshened up the Counter-Strike experience for me. Perhaps above all, though, it reconnected me with an old uni friend of mine who moved all the way out to America for work. We used to play a bunch of Counter-Strike together, so it was great to dust off the mice, lean dangerously close to our monitors, and get a bit too animated at virtual characters who aren’t real. It was like a shite version of some redemption arc where two people sink into their gaming chairs after a long hiatus away from esports. 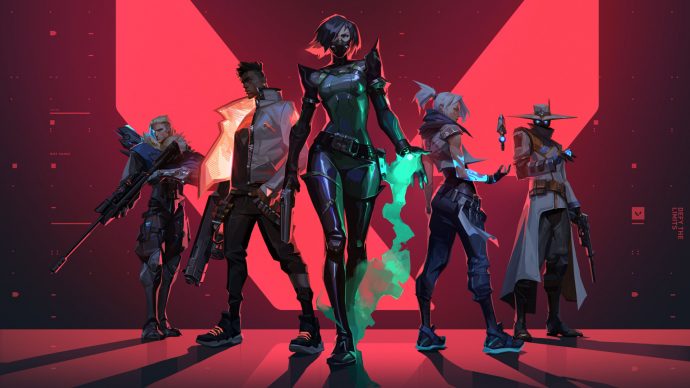 Imogen: I never liked Counter-Strike (soz Ed). It's an issue I have with a lot of tactical and military-flavoured games, I just find them a bit boring. I thought Valorant would feel similar because it's slow and tactical and, ugh, I'm impatient. And yeah, it is those things, but thanks to its strange characters with weird abilities, it has a level of unpredictability that I just find so extremely fun.

One game I might be playing as Omen, teleporting all over the place attempting to surprise enemy players. Half the time this will end in my death, but when it works I feel so clever and eager to try it again. Another match, I'll be setting up my turret as Killjoy, accidentally trapping myself in a corner behind it. Sure, it might be a predictable turret spot, but what you'll never predict is the daft idiot nestled up behind it, who manages to kill four enemies while they're all shooting at the damn turret.

I mean, don't do that second thing, but the point is I love how much Valorant encourages players to experiment. I could've moved that turret, but I was tight on time and I was curious to see what would happen. In higher-skilled matches I'm sure less silliness occurs, but the silliness is the best! Just recently I had a whole match where both teams wanted to piss about, and we ended up having a 5v5 knife-fight (though, admittedly, all I wanted to do was end the game so I could get my banana bread out of the oven).

In this strange year we call 2020, Valorant has become a very social thing for me, too. Be it with randoms or pals, pulling off odd and unexpected strategies is even more rewarding when you manage to rope people into doing it with you. A competitive shooter that's also prime real estate for shenanigans - what more could I ask for?