AND SO IT BEGINS

The first window of the Advent Calendar has opened. There's an almighty ruckus within...

It's Wolfenstein II: The New Colossus! 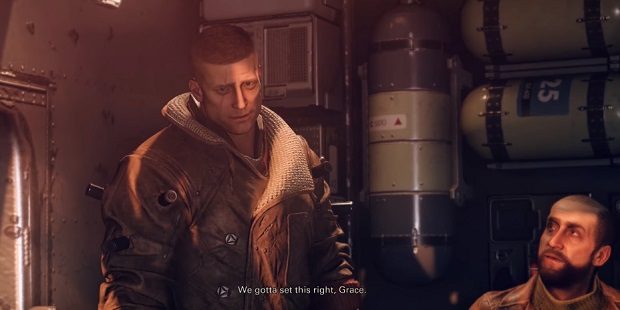 Alec: A first-person shooter with heart. And also with the sort of bug-eyed mania that means seeing even a single moment of the game out of context paints it as bellowing, hyper-violent incoherence that's trying to say and do far too much at once. Which is a totally fair cop, but the thing about Wolf II is that, if you're with it from the start, almost every splurge of splenetic nonsense makes sense, has connections to events and people and most of all to its star BJ's internal monologue, which itself is equal parts impossibly true grit and glum self-doubt. BJ grounds the mania, makes it all work when, in almost any other game, it simply would not.

Given the insane discounting of Wolf 2 not long after launch, my guess is it's not sold too well, and we know what not selling too well means both for franchises and experiments. If Wolf 2 ends up being a full stop on a certain style of single player action games, it is, at least, a very fine and heartfelt one. 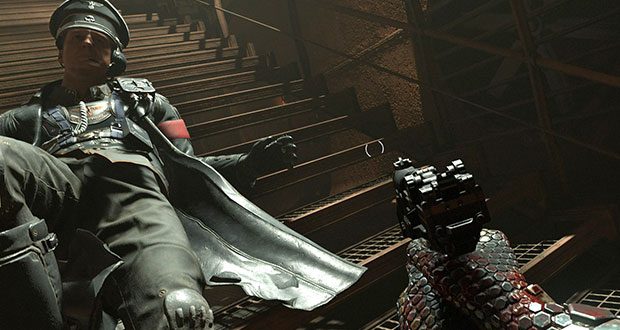 Adam: The New Order, MachineGames' first trip to Wolfentown, is a better shooter than the sequel. I replayed it right before I dug into The New Colossus and two things stuck out - it's massive, and it's amazing at sneaking, stabbing and shooting. The first time I played, I was so astonished that it not only had a story but that it had characters that I cared about that I don't think I noticed quite how good it was at everything else.

Wolfenstein 2 is a damn fine shooter as well, but sometimes I found myself waiting for the action to finish so I could get back to the story. The fact that I can write that sentence, sincerely, about a Wolfenstein game still seems weird. It probably always will. But that's fine because Wolfenstein is a weird game. It's silly, frightening, romantic, hilarious, exhilarating, wonderful and ugly. As Alec says, Blazkowicz is at the heart of it again, wounded and weary, a man burdened by his own myth. He's a hero, but he's sometimes a reluctant protagonist, preferring to listen and follow than to lead.

Thankfully, he has a supporting cast more than ready and able to lead. They're the real stars here, showing the cruelty and nobility and anger and hatred and fear that are so often missing in depictions of war. Nobility gets flushed down the toilet, brothers in arms are jostled aside to make place for their sisters, and there's a manic glee alongside the terror and pain.

I think it'll find its place in history as one of the great singleplayer first-person shooters, and I'm fairly sure it'll be the game I always think of when I cast my mind back to the things I played in 2017. That's because it didn't just capture the zeitgeist, it performed an act of extraordinary rendition on the zeitgeist, spirited it away to parts unknown, and ripped its shrieking soul out so that it could plaster it, garish and loud, onto a screen. Whether you think the game (and its marketing) performed a crude hijacking of political concerns or delivered a cathartic and triumphant smackdown (or blew a gigantic raspberry), I'd love to hear what you think.

For me, Wolfenstein 2 worked. As a story, as a (anti-)rebel yell and as a beautifully crafted game that goes to some very ugly places. I look forward to going wherever MachineGames take me next.