Despite the fact that SSDs have been around for absolutely yonks for us PC folk, you may have noticed that one of the big talking points about Sony and Microsoft's upcoming console boxes is how the transition from ancient internal HDDs to an SSD is going to revolutionise, nay, completely eliminate loading screens. Indeed, according to Epic's Tim Sweeney, "The world of loading screens is over," as he proclaimed in yesterday's Unreal Engine 5 demo running on a PS5. If that's the case, though, Tim, then why is your not-Lara Croft demo lady still squeezing herself through a bunch of rocks so it can load in all those billions of triangles you keep nattering on about?

Honestly, the one thing I hate most about existing 'hidden' loading screens today is all that slow crawling through tight passageways. The biggest culprits are third-person action games. Tomb Raider does it a lot, as does Star Wars Jedi: Fallen Order and Final Fantasy VII Remake to name just a few. Honestly, the amount of time Cloud spends inching his way through the rubble of the Midgar slums or squeezing himself in between a fence and a parked Shinra van is mind-boggling, and I have no doubt that the eventual and inevitable PC version of VII's shiny reimagining will do it too.

Sure, it beats staring at a black screen with a revolving logo in the corner like the days of yore, but the result is exactly the same. The pace slows to a crawl, you wish whoever it is you're controlling would shimmy themselves forward just that little bit faster, and you breathe a sigh of relief when it's finally over. They may look more immersive by keeping you 'in the moment', so to speak, but I think they do the exact opposite.

As a result, when everyone started banging on about how great it was to finally have an SSD at their disposal, I thought, "Brilliant, if this new console generation achieves anything at all, let it be the death of all those duff wall squeezes."

Alas, it looks like I'll have to wait a little bit longer before I get my wish, as even Epic's shiny new Unreal Engine 5 demo running on a PS5 still involved a deathly dose of rock hugging. Sure, said rocks looked mighty fine as not-Lara Croft gingerly eased herself through its virtual 8K cinema-grade textures, and it's probably so the demo can carry on loading in all those trillions of wonderfully rendered triangles they made a big song and dance about - which, don't get me wrong, look absolutely stunning, but I'm still a mite disappointed all the same.

(Update: Epic have since confirmed that this rock squeeze isn't a streaming / loading corridor and that it was, in fact, just there to show some up-close detail, but hidden loading screen or not, we still don't want to be squeezing ourselves through rocks in next-gen games) 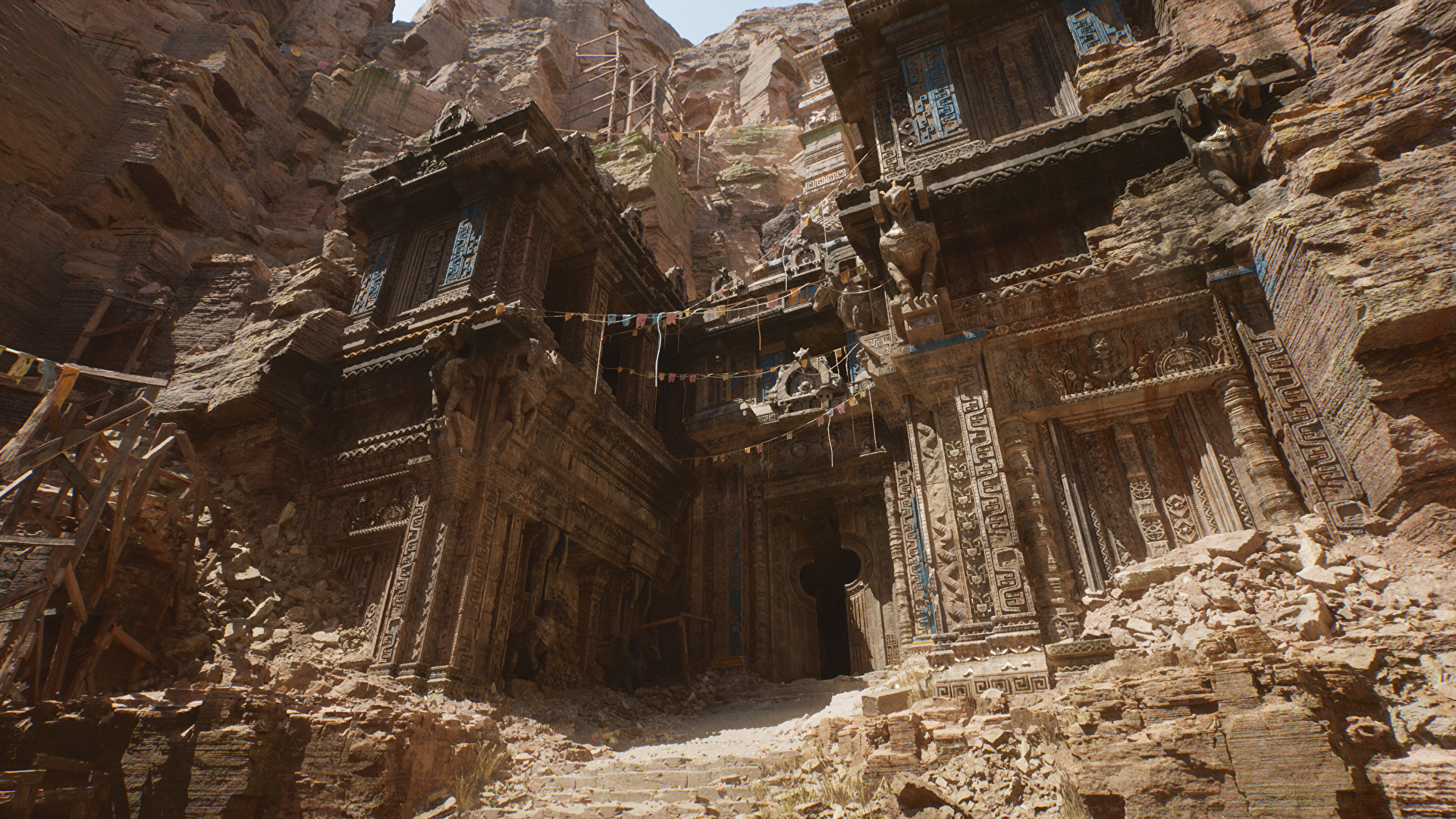 Perhaps more surprising is that I didn't hear the words 'ray tracing' once during yesterday's demo. I kept expecting someone to mention it, because gosh darn it, that lighting is proper amazing. But as confirmed by our friends at Digital Foundry, while Unreal Engine 5 will support hardware accelerated ray tracing, it wasn't included as part of this particular tech showcase.

This also grinds another one of my gears about this console generation. Second to all the SSD chat, it's been ray tracing this and ray tracing that. But if games can look as good as Epic's Unreal 5 demo without any form of ray tracing whatsoever (indeed, Epic said during the presentation that they'll be making the key features available across all current gen devices and on mobile as well), then why the heck should PC folk feel the need to invest in a ray tracing-capable graphics card?

I'm more than willing to be proven wrong on this - heck, I want to be proven wrong on it - but right now the world's first bit of gameplay running in real-time on a PS5 hasn't made me nearly as excited about the possibilities of next-gen hardware as I thought I'd be. I want to see ray tracing become the norm. I want the end of loading screens for real this time, and I want to be wowed. The level of detail is certainly impressive in this Unreal Engine 5 demo, but it's going to have to work a lot harder to convince me it's worth upgrading my PC for.