It is all of those things, but not in the way they all sound. And it's bloody good.

The less I say about it, the better, really. It's a very short game, and very simple as puzzles go, so I don't want to deprive you of the bewildered, extremely mildly transgressive delight I had while playing it.

You're a little naked ... thing, birthed from a flower-pod thing when a, um, nasally endowed creature spews out a small river nearby. Faintly penisy snails squidge harmlessly about between the testicly trees ("people may not see the pretty wood for the sexual trees", I muse, excited to finally get to use this line, "but there's a vas deferens between them."). Your tackle swings freely in the breeze as you explore your tiny new homeland, and if you press N, you uh, well. "Ejaculate" is technically the right word, but describing the torrent of liquid that comes out of your nose as that again makes it sound more unpleasantly graphic than it is. 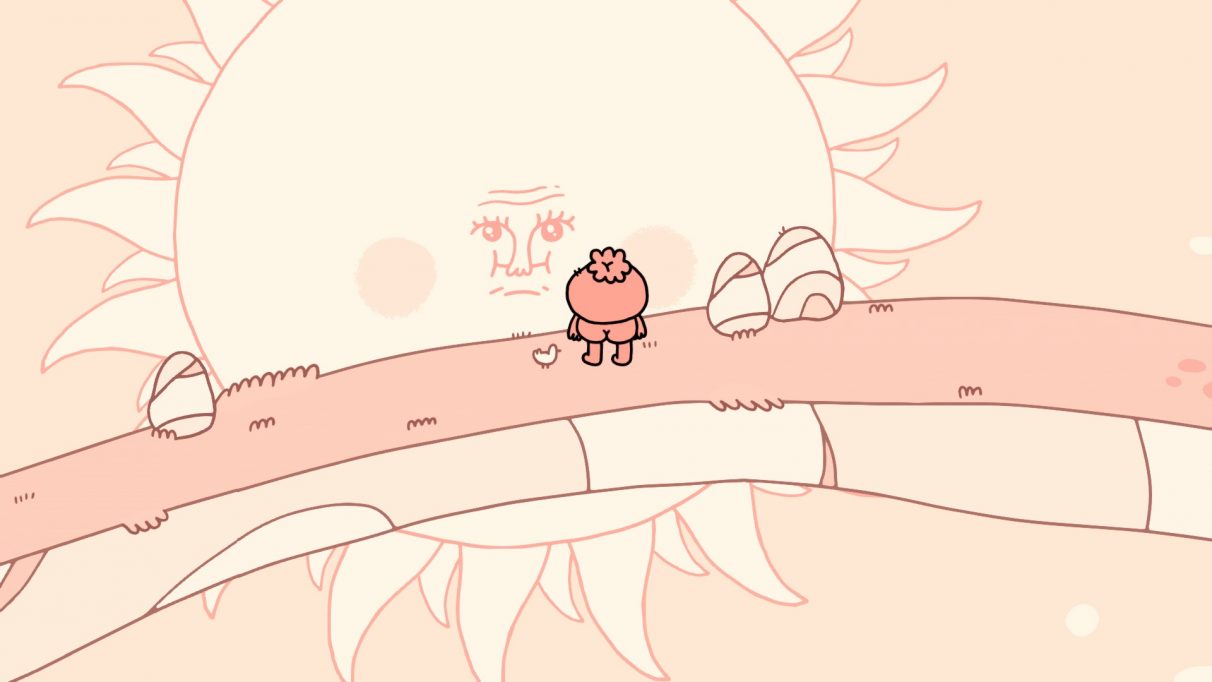 "Ooooh!", squeals an intrigued frog thing when it sees a dripping flower, "moist!". You meet a little rolling boob-creature with a happy, vacant smile. One of your main forms of interaction is giving creatures a cheerful spank. I know how gross it sounds. But it's all too silly to be creepy or unpleasant or like, actually titillating. Your bum, oh god, your little, carefree bum. It's too perfect.

I spent the whole time giggling like a fool and, since finishing it, trying to break into Matt's PC so I can sneak the header image into his randomised wallpaper folder, because he's away this week. The Good Time Garden is brilliant, and currently available for whatever you can pay on itch.io.