Valve's announcement last night that their forthcoming policy for Steam releases is that anything goes, unless it's illegal or "straight up trolling", has obviously caused all manner of ruckus. Takes are hot, and coming from all angles. But the main issue, roaring over all other discussion following this peculiar statement and its possible consequences, is that Valve's rationale for their latest position is incredibly cowardly and stupid.

"We’ve decided that the right approach is to allow everything onto the Steam Store, except for things that we decide are illegal, or straight up trolling."

Clearly intended to be driven by the billionaire libertarian values that seem to always win out at Valve, the position of "anything goes" is immediately undermined by their own nonsensical exceptions for "illegal", a word almost meaningless for an international enterprise, and for "straight up trolling", a phrase that is so ambiguous and unspecific that it covers absolutely anything they fancy. And indeed it's a statement that tries to abdicate Valve from all responsibility for what it sells, while continuing to happily take a cut of all the money raised.

Let's be clear: Valve has the right to sell what it wants. That Steam is a monopoly in PC gaming is vastly problematic, and were it housed outside of the US, it'd likely face a lot more scrutiny and perhaps even be forced to separate from Valve. But that's for another article - for now we just need to accept that it is, and that makes its right to do what it likes a lot more complicated when it comes to all of PC gaming. But, it doesn't change the facts. Valve can choose to sell anything they wish on their store, including games that promote hate speech, sexually violent content, offensive depictions of people.

We, in turn, have a right to choose from where we buy our games. We also have a right to communicate to Valve our dissatisfaction with any choices they may make. They are not obliged to bow to our whim, although they can choose to, and we remain free not to support them as a business. Publishers also have a right to choose where they distribute their games. We don't, however, have an overriding right to tell them what can or can't be sold. And, I would argue, we shouldn't want it. Because if one reserves this right for themselves, they must surely reserve it for others, and it will - as ever - immediately become a battle of ideologies. When the alt-right gangs together to call for a game about flag burning to be banned, will the liberal left support and endorse their cries? And what about when they want to bring down a game that encourages teaching about homosexuality to children? And so on. No matter how we poke this wasp nest, it remains Valve's wasp nest, whether we like it or not.

So instead I want to focus on why their statement is so flawed and meaningless, not achieving anything. Let's begin with their claim that they intend to be so very liberal, but not sell anything "illegal".

The exception Valve gives for "illegal" might at first seem the more sensible of the two caveats in their latest attempt to divulge most notions of responsibility or culpability from their collecting 30% of the sales of other people's games. But it really doesn't stand much scrutiny, in the context of their declaration that they'll sell games no matter the content. Clearly Johnson included the term to cover the obvious, that they won't sell games depicting child pornography and the like, and clearly they already tailor content to match regional laws. But while Johnson's statement acknowledges that local laws are different for each country, and how this leaves things very complicated for them, he fails to properly recognise the inherent problem of this.

He says that in order to enforce this regarding the complexity of varying regional laws, they will more stringently require developers to "further disclose any potentially problematic content in their games during the submission process, and cease doing business with any of them that refuse to do so honestly." Which, well, let's think this through...

What's legal in your country might be illegal in another, and by suggesting they will support legality they suggest they will support the law of any nation when selling within it. And since there are rather a few countries where just being alive for some people is illegal, that's perhaps quite the heavy lean toward supporting the censorship they're purporting to be against.

It is punishable by death to be gay in Pakistan (89.4), Afghanistan (13.4), Qatar (86.3), Saudi Arabia (473.1), Yemen (246.4), Mauritania (163.2), and UAE (447.9). Those numbers in parenthesise are the numbers of terabytes of data downloaded in each country from Steam in the last seven days, at the time of writing. And this doesn't begin to include the countries where it is illegal to "propagandise" homosexuality, including, of course, Russia, responsible for 21 petabytes of Steam's traffic last week. So... are they going to adhere to these laws, and refuse to sell queer games, or games with homosexual content, into those markets?

More horrifically, does this mean Valve will demand that developers "disclose" whether their game contains content that portrays gay/queer people in a positive light? Will they be demanding that developers declare themselves as gay propagandists, and refuse to work with them should they not? It's so obviously flawed a notion, and really makes a complete mockery of this presentation of absolute liberalism. If anything, it reaches the point of tacit endorsement of despicable inhuman laws. 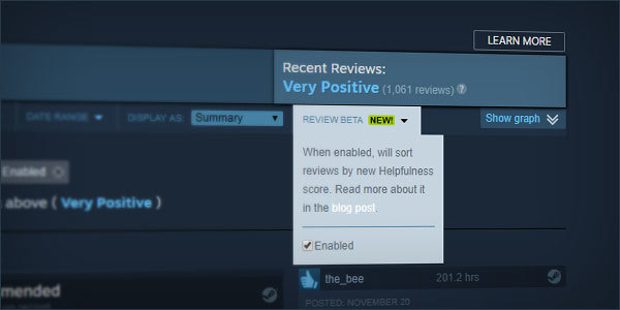 And that's before we even get onto the ridiculous declaration that they won't allow "straight up trolling". There's no attempt to define it, to explain what they consider it to include, and perhaps most importantly, they beg the question of trolling being problematic in the first place.

Does a school shooting sim count as "straight-up trolling"? Is a game about murdering people at a Pride parade "straight-up trolling"? (Both games that have tried to release on Steam in the last year, and been rejected.) Neither would seem to fulfill that category for me, but rather be exercises (at best) in expression of free speech and free art, or (at worst) be expressions of hate. So those are presumably fine to go on sale now, whereas before they were rejected. So is Valve stating that games that primarily exist to promote hate are less problematic than those that exist to cause trouble?

And, um, what about a game that's, you know, straight-up trolling, for fun? A game that trolls, say, homophobes? Or maybe trolls libertarians and their self-contradictory ideologies? Or satirical games? Are those now banned? Why, when approaching this fraught and complicated topic, use a phrase that's so ostentatiously stupid?

Yet again, this appears to be Valve's choosing the most cowardly way to deal with a complicated situation. To pretend it's not their problem, and to make it ours. Just look at this part of the statement:

"So we ended up going back to one of the principles in the forefront of our minds when we started Steam, and more recently as we worked on Steam Direct to open up the Store to many more developers: Valve shouldn't be the ones deciding this. If you're a player, we shouldn't be choosing for you what content you can or can't buy. If you're a developer, we shouldn't be choosing what content you're allowed to create. Those choices should be yours to make. Our role should be to provide systems and tools to support your efforts to make these choices for yourself, and to help you do it in a way that makes you feel comfortable."

When Valve talks this way, they're so ridiculously dishonest by omission. This pretence that their ultimate goals are to facilitate wonder and sparkles, rather than their taking nearly a third of every sale for the honour, has become deeply tiresome. And when they're profiting from what they're selling, of bloody course they should be considering whether they're comfortable with the sources of that income. This incessant and frankly childish obsession with abdicating responsibility away from themselves and onto those from whom they profit (developer and customer) is outrageously transparent.

It is not our job to run Steam! It is not our job to fix Steam! It is theirs. And their solution, each time they run into anything they don't know how to solve, is to throw the problem at the user. Thirty barely functional pieces of dross being released onto the store every day? Make the customers curate it! A plague of vile hatred ruling their half-arsed user reviews? Have the same users "moderate" it for them. And now when it comes to the very tricky situation of not knowing how to decide what sort of content they want to put their name to? Try to take their name off it, and make it our problem to solve, while still pocketing the cash.

It doesn't matter where you stand on the issue of what Valve should sell. It doesn't matter if you endorse their selling anything, letting the market decide, or whether you believe they should have a moral position about the values from which they gain their profits. That isn't the point here. The point is that their stated reasoning is an abandoning of any culpability for their own decisions. Because it's their store, and their job to decide their position. They need to pull themselves together, and start taking some responsibility for the means by which they make their money, whichever side of the debate they might ultimately choose. If they're going to sell anything, sell anything, including whatever straight-up trolling might be, and own the fact that this isn't their act of altruism, but their means of making profit.

Valve must stop pretending everything is our choice, stop abdicating responsibility onto their customers, and start owning the decisions that they make. This current solution is clearly designed to pacify their most unpleasant customers, while avoiding owning any of the responsibility for the result.