Alice is on holiday, which means it falls to me to tell you what the endlessly expanding RPS team are playing this weekend. It still falls to you to tell everyone what you're playing, however. Let's get started, because it's going to take me ages to sort out all the fiddly HTML for all these new people.

Alice: [Alice is hopefully in a loch and will never be fired.]

Brendan: I'm hopping, skipping and jumping on zombie heads in Dying Light. Yes, I'm a bit behind, but seeing the sequel in action during E3 gave me reason to inspect the original. I like running away from scary things and getting into messy fights with angry men, then running away from them too.

Graham: We bought our kid a Hot Wheels Ultimate Garage, and so the only game I'm going to play this weekend will involve repeatedly rolling toy cars down its sweet circular ramps. In whatever time is left I'm going to continue making a game, because it's only a few months before this thing is supposed to be playable.

Katharine: Having gulped down The Red Strings Club earlier this week, I'm now onto my second gaming birthday present: Ni No Kuni II. It really does look like a Studio Ghibli film in game form, but I do wish the opening hour was less 'running through boring sewers bopping blobs of goop on the head with a sword' and more 'fantastical bath houses/talking pigs in planes/witches on broomsticks and belching steam-powered castles stomping all over the neighbourhood'. I know Ghibli aren't involved in this one, but come on Level-5, show me the goods!

Matt: I'm hoping to round up a full gang of Monster Prom-ers, after (mostly) enjoying the absurdity of pseudo-competitive dating in a college full of hipster vampires, clueless werewolves and pscyopathic sky-princesses in its two player mode.

Matthew: Katharine and I have been playing through David Cage's Detroit. Well, I say play, it's more like an occasional button press as androids open endless cupboard doors and cops say "you've gotta be shitting me!" and the like. We'll probably finish that and move swiftly on. Then I'm back on Assassin's Creed Origins which seems to be the biggest open world I've ever seen, but somehow still boils down to me pulling lots of guards into conveniently placed bushes. 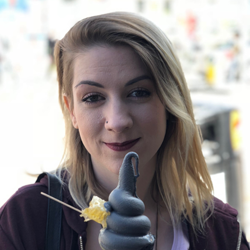 Alice B: I've had an eye on Haimrik for a while, because it sort of looks like someone has tried to turn the works of Shakespeare into an action platformer. Who doesn't want that? I've also been inspired by a brief conversation we had at work about Zeus: Master of Olympus. It’s a city builder by Sierra set in Ancient Greece, and I remembered that if you click on the fleece vendor in your fledgling city-state he says ‘If Euripides, Eumenides.’ Zeus is full of needlessly specific details like that, and I'm going to wallow in them. 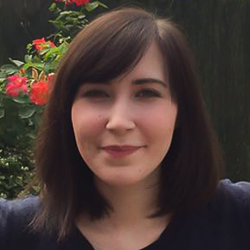 Noa: Most of my weekend will be spent dissecting Dontnod's Vampyr but I may also dedicate some time to Umihara Kawase, a 2015 port of the SNES classic. I simply must master the art of swinging around on a fish hook before I'm old and grey. 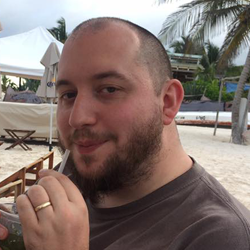 Dave: So that Steam sale, then? It could get quite expensive. I’ve already spent a small chunk on a game called Ghost of a Tale, which I had seen a while ago but never realised it came out. I’m also tempted to delve into Where the Water Tastes Like Wine since I liked what I saw at Gamescom last year.