Back in the late 2000s, digital rights management - more commonly known as DRM - made itself difficult to ignore. CD copy protection programs such as SecuROM infamously limited the number of times players could install games like Bioshock on their PC, while Assassin’s Creed II required players to maintain a constant internet connection despite the fact it was a singleplayer game. At the time, this was a bit like asking people to play Assassin’s Creed II with a vase balanced on their head. Unless you’d invested in a highly stable, fibre-optic neck, at some point that vase was going to come crashing down.

Today, it’s easier for DRM to fly under the radar. Between the popularisation of digital stores and service-model games, and the fact that people today are generally a lot more online in their daily lives, anti-piracy solutions can be bound to games in a way players never notice or readily accept. But that doesn't mean that the issues surrounding DRM have been resolved - it only means we talk about them a lot less.

If you're unfamiliar, DRM is a response to online piracy. It's a bit of an umbrella term for various attempts by companies to protect their copyrighted material - in this case, games - from unauthorised distribution online.

The go-to example for how attitudes to DRM have changed might be Steam, Valve's digital distribution service. When Half-Life 2 launched, it was the first game that required installation Steam in order to play. Without other games to buy, or many features to make the service useful, Steam was vilified in part as a draconian anti-piracy solution. These days it’s the foundation upon which much of PC gaming stands, and many of its users likely don't think of it as DRM at all. 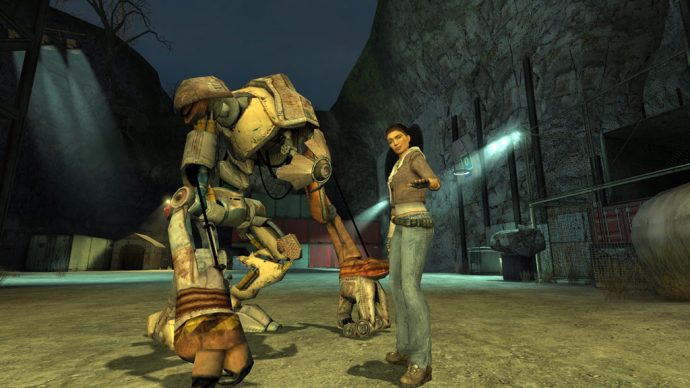 More on that later. For now, it’s worth remembering why DRM was such a contentious issue in the first place. There are two strands to follow, the first of which is convenience - or rather, inconvenience. In the mid-2000s, DRM was viewed (often correctly) as a digital ball and chain shackled to the ankles of certain games. By limiting their functionality, be it through install caps or arbitrarily enforcing a constant internet connection, publishers like Ubisoft and EA were seen to be punishing players who had bought their games honestly more than those who pirated it. Those who pirated it, remember, had a version of the game from which these inconveniences had been removed.

This leads on to the more fundamental issue with DRM, that of ownership. Back in the 90s, when you bought your latest oversized cardboard box with a game disc rattling around inside from your retailer of choice, the assumption was that you owned the box and its contents. Over time, through the advent of license agreements and CD keys, the ownership rights of players regarding individual games were gradually curtailed. DRM in particular was viewed as crossing a line because it made the limitations of ownership explicit. Not only was DRM saying “You don’t own the contents of this box,” it was saying “You can only play the contents if you do X, Y and Z.”

In 2020, the situation with DRM has changed, but none of the old issues have completely gone away. Faster internet connections and digital distribution may have made gaming more convenient than ever for those that have them, but having your games spread across umpteen different online accounts, all of which are hidden behind multi-factor authentication screens, isn’t exactly what I’d call convenient. In fact, there's an argument that the shift to digital distribution is in fact a big part of the problem with DRM today. Much in the way we trade personal data to indulge our egos through social media, we trade personal ownership of products in exchange for convenient online services.

But having a game associated with a particular distribution service does not make that service DRM by default. Most of gaming’s major online storefronts have different policies on whether they are designed as DRM or accept games that use it. Let's return to Steam. The Steam client has multiple ways of authenticating user identity and game ownership. It performs a license check when you start a game, and utilises a fairly basic DRM solution that prevents a user from copy-pasting a game’s files from one computer to another.

Crucially though, Valve themselves do not dictate whether a game sold on Steam requires the Steam client to launch. That's up to the developer and/or publisher of the game in question, and there are a surprising number of games sold via the Steam store that don’t require the Steam client. A full list can be seen on the Steam fandom website, but they include Cuphead, Darkest Dungeon, Disco Elysium and Divinity: Original Sin 2. These games need to be run with an internet connection once to finalise installation, but after that the files can be moved around and the game should still launch fine.

The Epic Game Store’s policy on DRM is similar to Steam's, letting developers decide what (if any) DRM solutions their game will include. But this is by no means a general policy across all storefronts. Publisher-owned stores like Ubisoft's uPlay and EA's Origin are DRM by design, and both studios have adopted a stringent anti-piracy policy since the early 2000s. Nearly all games published by those studios require you to log in to their services and launch your games from them.

In direct opposition to this is GOG, an online store that differentiates itself with an explicit DRM-free policy. GOG's about page proudly displays its “You buy it, you own it” mantra. It’s interesting to look at which of the major developers and publishers have games on GOG. Ubisoft and EA both have games on there, but only those that are a decade or more old. Bethesda, on the other hand, have a surprisingly strong library of modern games available via GOG, including Dishonored 2 and Wolfenstein: The New Order.

Itt wasn’t so long ago that Dishonored 2 shipped with today’s most infamous anti-piracy software. Denuvo is an “anti-tamper” technology developed by Denuvo Software Solutions, which formed from the ashes of the company that created SecuROM. Denuvo doesn’t limit installs or mandate a constant online connection as SecuROM did. Instead, Denuvo is integrated directly into the games it's designed to protect, and is intended to prevent the reverse-engineering required to crack a game so it can be pirated. 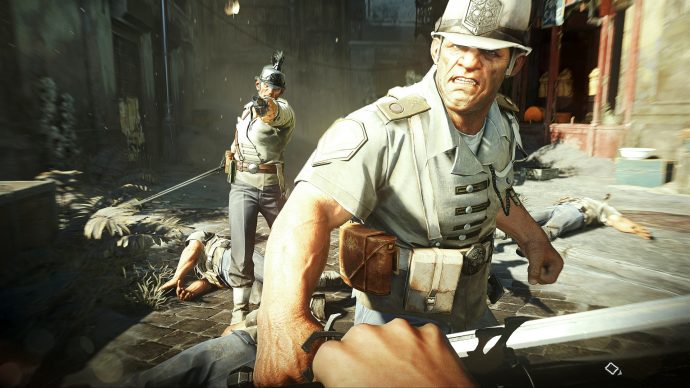 The problem with Denuvo is that it allegedly impacts game performance, specifically framerates and loading times. Denuvo has, of course, denied this, but there’s evidence to back up the claims. In 2018, the YouTube channel Overlord Gaming ran a series of tests that found Denuvo increased loading times on certain games by between 50 and 80 percent (though it should be noted that other tests have found less impact, and in some cases no difference at all). Some publishers, like Bethesda, actively removed Denuvo from some of their games after complaints like these, and it's worth noting that despite being anti-cracking software, Denuvo has still been cracked on many games. It took just five days for hackers to crack Metro Exodus’s Denuvo protection. Cracking it as quickly as possible may, in fact, have become something of a challenge for people. Denuvo seems to have only succeeded in proving, once again, that dedicated anti-piracy software is not a total solution to curtailing piracy.

DRM may not be discussed as much as it was 10 years ago, but as long as the industry muddies the waters between products and services, between whether players own their games or not, DRM should remain contentious. Ultimately, it’s an issue of transparency, and it will likely come to a head over the next few years as the industry gets to grips with game streaming and subscription-based models. With Netflix-style subscription services for games, like Origin Access and Xbox Game Pass, there’s no debate over ownership. It is clear users don’t own the games, but they’re also not paying £50 a go for the privilege of sort-of owning them. The question is, is handing owner game ownership in its entirety to developers and publishers the future for gaming that we want?