If you click on a link and make a purchase we may receive a small commission. Read our editorial policy.
A Panel Shaped Screen is a monthly column where Giada Zavarise explores how comics and videogames inspire each other. This month, Giada explores the comics section of indie games marketplace itch.io.

Itch.io is a lovely indie games marketplace, where you can find everything from the latest indie darlings to the weirdest game jam experiments. It might surprise you to find out, though, that Itch's selection is not only limited to games: the website also offers a wide range of tabletop games, books, music, game assets and — guess what — comics. But why would artists choose to host their comics on a videogames website? And what kind of comics are they putting there?

Sadly I have no answers to offer on the specific mystery of why artists on Itch seem quietly fixated on an anime about ice skating. I even went to talk to YOA fanzine artists Krayonela to solve this mystery, and they just told me the show was nice, "a light kind of series focused on love and self-acceptance". Perhaps we should all just watch Yuri On Ice in those tiring times. But I digress.

Itch's comics zone is a bit of a mess. The first impression can be off-putting, but there's a very good reason for it being a deluge of steamy randomness: the site's creator-friendly policies.

"Gumroad has more restrictions regarding NSFW content," explains Kosmic, a webcomic artist mostly known for the NSFW comic Feast For A King — a gargantuan (3000+ pages and counting) hot mess with a content warning list longer than my CV. There are worm people, bomb people, plant people, and all are constantly trying to stab each other, smooch each other, or both at the same time. Tumblr was its natural home, until the site's crackdown on adult content destroyed the comic's place there overnight. But on Itch, it always remained available. 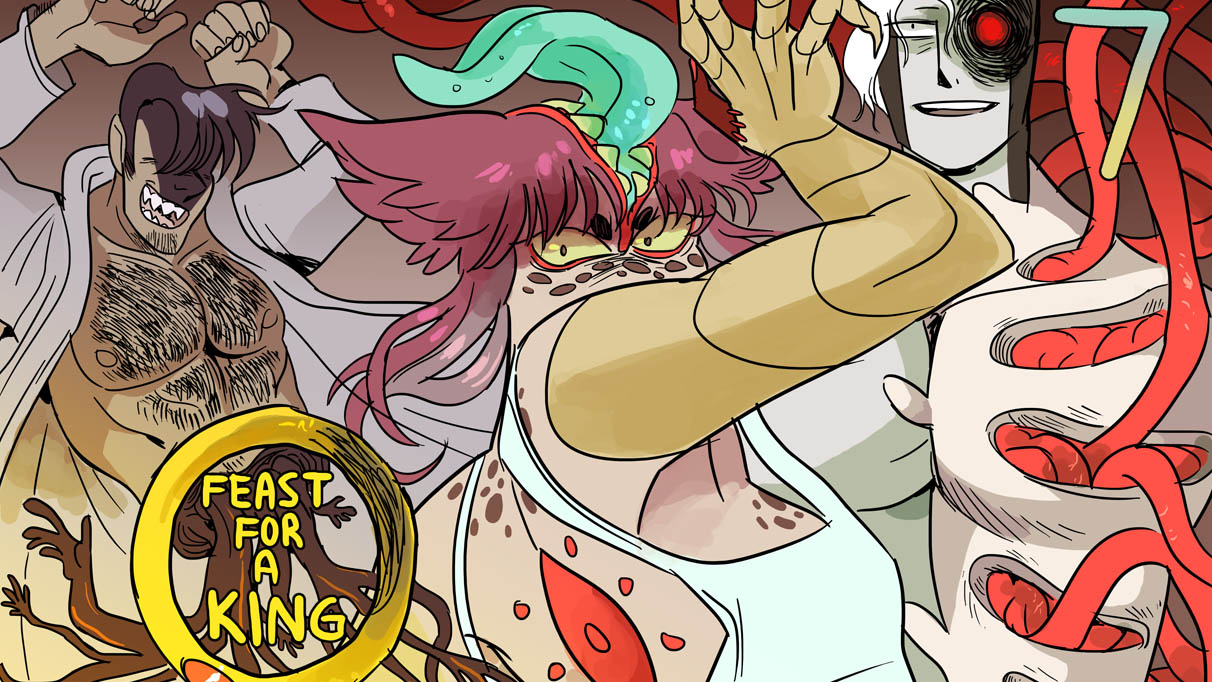 Tumblr isn't the only website tightening the rules regarding NSFW content. Even works that aren't as extreme as FFAK can struggle to find a platform, especially if they feature queer relationships.

It Will Be Hard also plays with branching storytelling, allowing readers to pick their favourite character and follow the story from their point of view. This is only possible because Itch allows creators to upload HTML files. The feature is mostly used by developers to create browser-playable games, but cartoonists are using it to experiment with interactive fiction and unusual formatting choices that wouldn't be possible on normal webcomic sites. Other notable examples include you are 12 years old and by e jackson, an illustrated work made in Twine, and Lady Of The Shard by gigi d.g., a sapphic romance about a goddess and her clumsy, but very devoted priestess.


Other authors also praised Itch's unique features, like the tool to send batch rewards to Kickstarter backers, the possibility of setting a pay-what-you-want option, and the system that allows users to pay for extra copies that can then be claimed by less financially endowed fans.

"I realise the clean, friendly formatting, and the ability to freely host larger original comics for free is likely what drew a lot of artists," explains cartoonist Victoria Smith, who started using the site at the recommendation of a few comic artist friends. "Besides having a dedicated comics section to browse, the site is pretty easy to set up, navigate, and monitor sales/statistics."

Such features are useful to game developers and artists alike, and allow all kind of creators to share their work without hassle. Itch, it seems, is like Yuri On Ice. It's just... nice. It remains a games-focused website, though, and doesn't give comics much space to shine on its homepage. "It definitely helps to have supplementary social media platforms to build an audience rather than relying on the site, as it can be hit-or-miss," continues Smith.

Many artists selling their comics on Itch do have a strong following outside the website, and use their social channels to direct their followers towards the website. This works well for the artists, but not so well for new comics fans. For the casual reader, the comics section on Itch is remains an intimidating wall of random stuff. 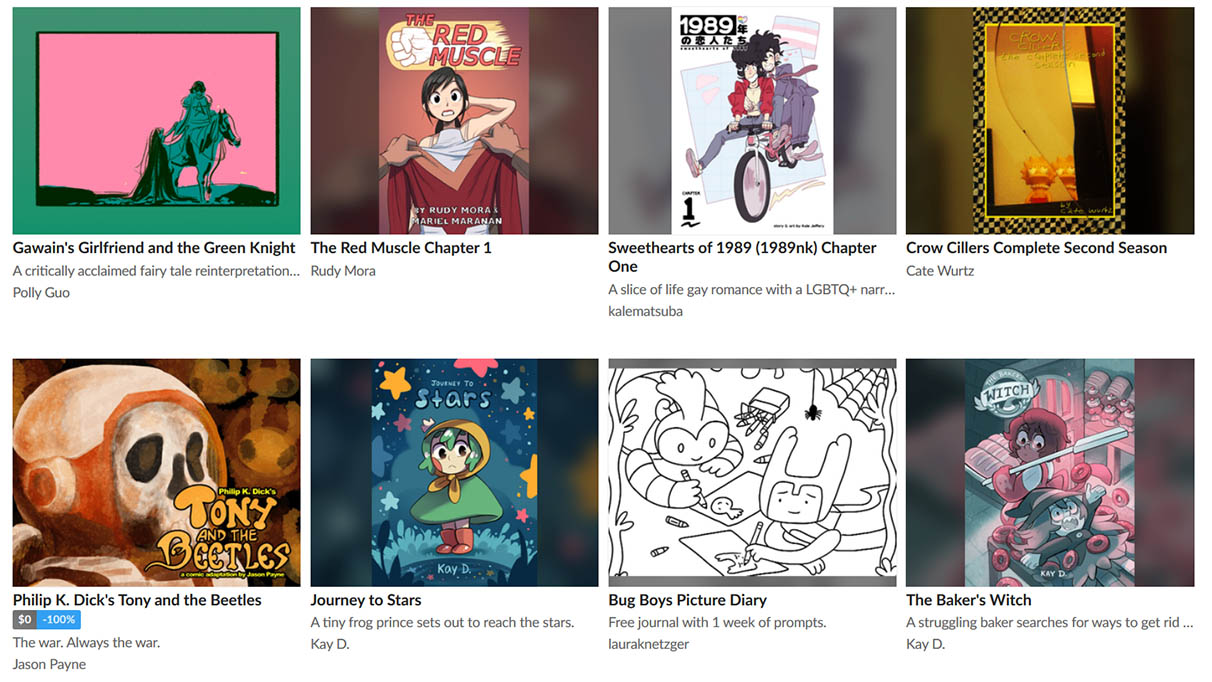 My advice for the curious reader, then, is simply to embrace the chaos. If you don’t know where to start, check the top sellers and top rated tabs, and simply scroll until you find something that intrigues you. Itch will show you more related comics after your first download, and its algorithm is usually pretty good at suggesting other stuff you might like.

Check out all the cool stuff I read in just an hour of random browsing:


Most comics are pretty short and cheap, so buyer’s remorse won’t hit you. So explore Itch! Find new artists to follow! Throw some money at them! Fill your library with nice stories!
Go read some comics.