The problem with revisiting somewhere familiar after a long absence, is that your memory has become crystalised. To you, this place will always look like it did in the final moments you spent there, sealed off from the passage of time. The fading paint, the creaky chair, the doors unlocked, the garden landscaped. This was a valid concern for those returning to the vanilla World of Warcraft presented in WoW: Classic. Azeroth has been through cataclysm and upheaval since its inception. To revisit it in its earliest days risks making the colourful ever-changing world feel like an interactive museum exhibit. But Blizzard are taking care to replicate the patch-by-patch experience of what it was like to live through the highs and lows of the genre’s monolith.

Speaking with Eurogamer recently, lead software engineer Ryan Birmingham was asked about the four phases of content planned for Classic’s release. “I'm glad you asked,” he responded. “It is no longer four phases, it is six.”

As someone who has played the game since 2005, hearing that we would be not just revisit vanilla, but relive it, was a significant shift in my perspective of what WoW Classic would be. Sure, it was always going to be interesting on a base level, but beyond that, would it really be worth logging in again and again? Could you really keep all the players with a single moment, frozen in time? As both a player and someone who has worked in the industry, I’d say no. You couldn’t. But Blizzard went further than this. 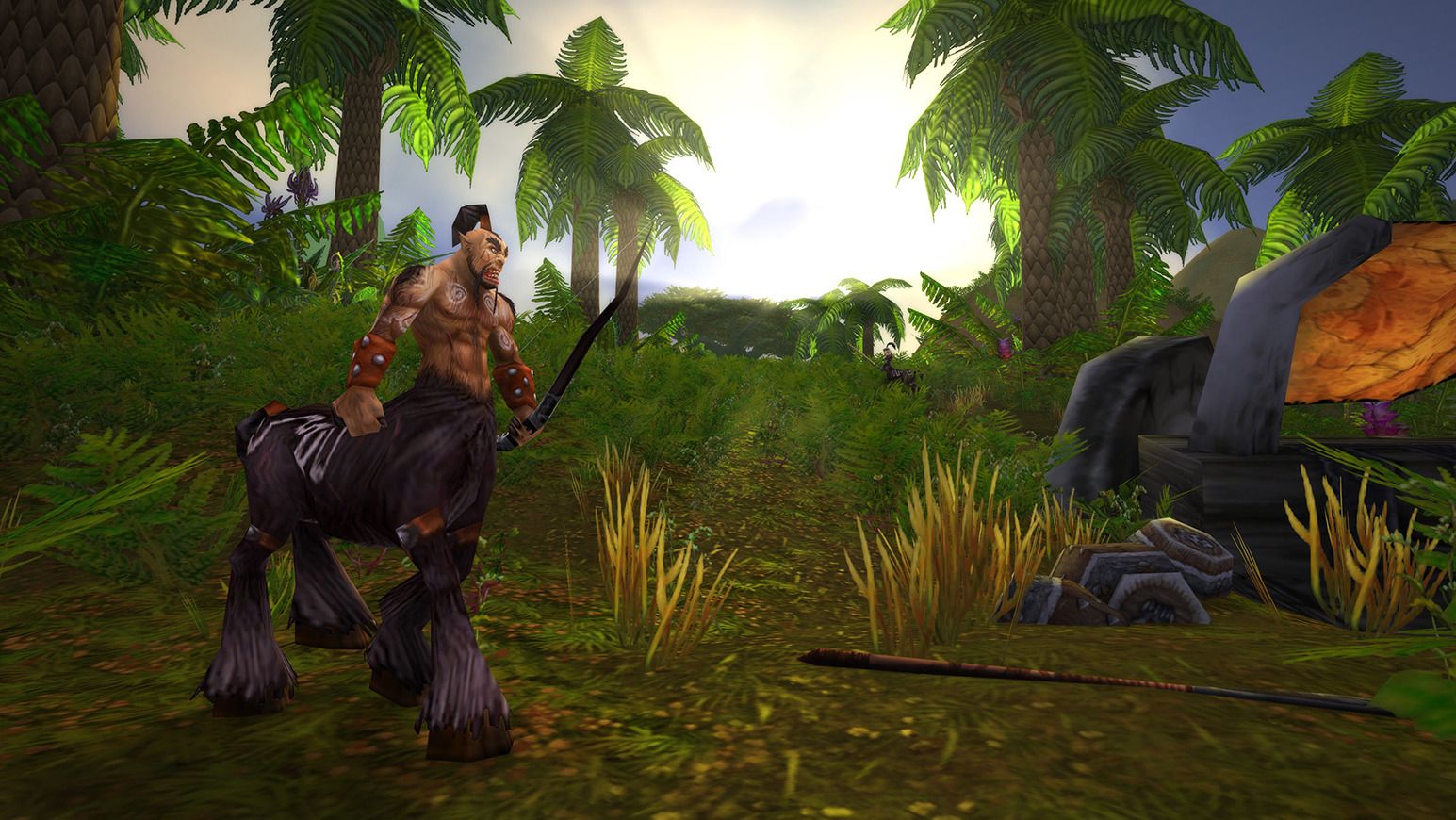 World of Warcraft’s biggest strength wasn’t just that your environments would change over the course of your journey, it was that your character world evolve, too. During a later expansion, I saw a warrior log into Orgrimmar, the orc capital city. He, a colossal Tauren, stood in a complete set of Tier 3 Dreadnought Armor, so I knew he had endlessly crunched his way through the vast, evil halls of Naxxaramas. This grand minotaur sat astride a giant bug, black chitin plates shifting in the sun. A mount he could’ve only acquired by being the first (or at least one of the first) to slam his scepter into an ancient gong, and open the doors to Ahn’Qiraj, after the entire population of the server had contributed hundreds of thousands of resources and endless hours to the task.

Yet over time, WoW saw transmogrification introduced, the ability to make any weapon or piece of armour look like so many others. The significance of armor sets started to wear off. The prestige of those Dreadnought plates was worn away. In Classic, gear becomes important again, even if it’s just enviously side-eyeing someone standing around in full Bloodfang leather as you lumber your mishmash jumble of multicolored nonsense through the journey to level 60.

By using “phases” to repeat the evolution of WoW through its multiple updates, the gear will unlock in order. This is extremely important in Classic. If you could immediately grind your way through game after game of high-fantasy capture the flag to earn epic PvP gear, you could make mincemeat of Molten Core and Onyxia’s Lair (the first two raids in the game). Here, you’ll have to earn your high-level gear by diving into raid dungeons with thirty-nine other people, slowly piecing together your best possible equipment over days or weeks, likely just in time for the next “phase” to arrive. There are no heirlooms (boosted gear for your other characters), and no bringing huge amounts of gold into the server to buy high-end crafted gear. As Blizzard stated in a Q&A session this week, they’re barely even adjusting the loot tables. 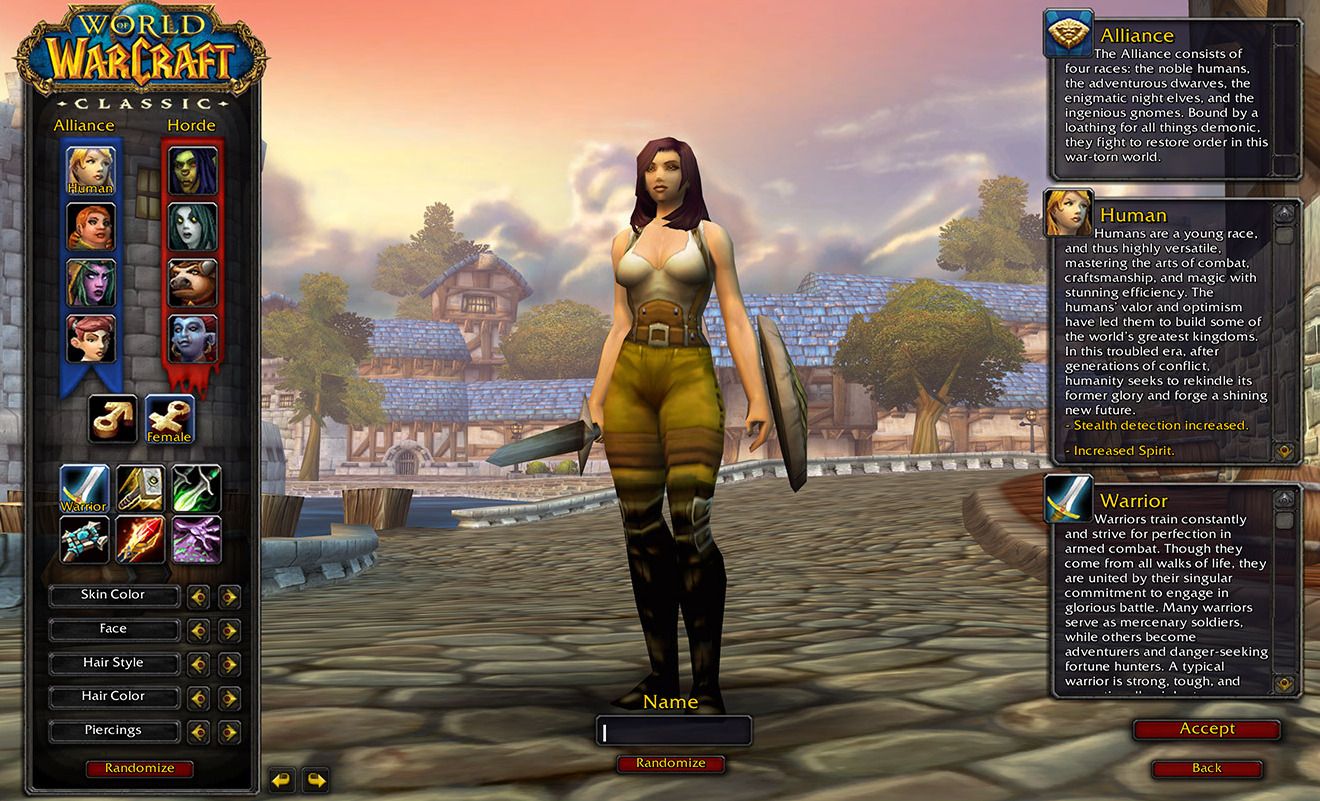 However, not every loot run is selfish. To get Thunderfury, Blessed Blade of the Windseeker (the comically lengthy weapon name that has long since become a meme in itself) you need items from multiple raids, and even an outdoor raid boss. The sword’s quest chain encourages players to go back to older content for new purposes, which is a benefit to Classic players. In theory, there will rarely be a point at which you’ll struggle to find a raid group for Molten Core, between new raiders, and older ones returning to acquire gear for the later game.

Raids and questlines aren’t, of course, solely about the items you’ll acquire. They’re also about the story. Molten Core and Onyxia, raids focused around a furious lord of flame and a diabolical member of the black dragonflight, are the starting points for stories that continue well beyond Classic. Blizzard's steady release of dungeons, raids and PvP zones will help flesh out the complicated, factional politics of Azeroth's heroes and villains (as ever, who you consider “hero” and “villain” will shift depending on your perspective). After all, this is a story that doesn't work out-of-order. Seeing Nefarian reveal his true form loses a lot of its grandeur without learning about his shadowy impact on Azerothian politics. The floating, bone-decorated fortress of Naxxaramas is less intimidating if you haven't stared at it for months from the ground level of the Plaguelands. No good story starts and finishes solely in the third act. 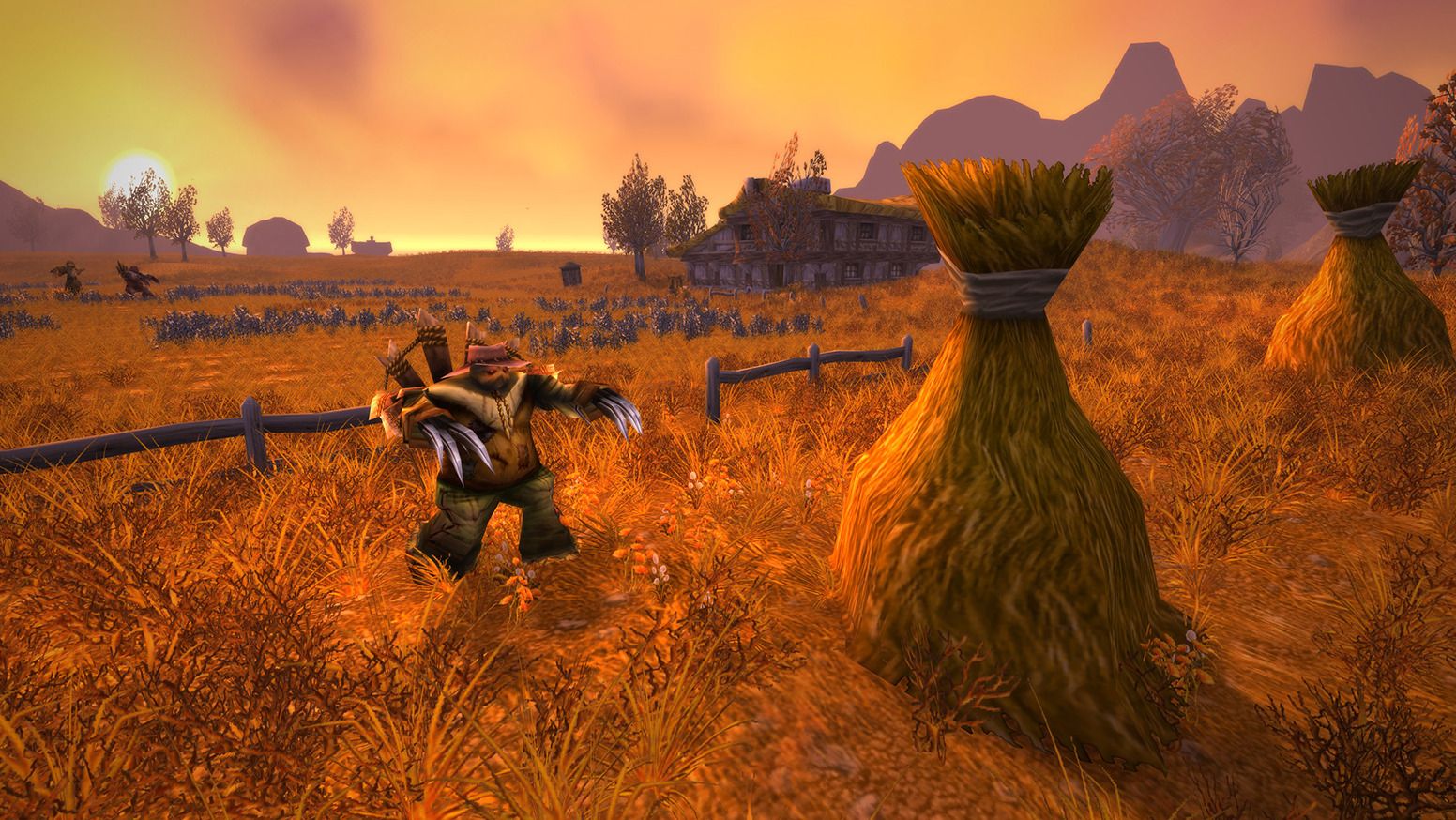 This dripfeed of updates will have most impact on PvP servers, where you can be killed at any time, anywhere, by the opposing faction. At first, there'll be no reward system for engaging in world PvP, just as it was before. So a player’s first steps into the art of obliterating some poor level 12 priest outside Crossroads will be purely for sport. But once people adjust to the lawless badlands of PvP environments, the Honor Kill and PvP rank systems will be added, which will take that murderous ambition and channel it towards a purpose: gear and glory. Epic weapons and armor, exclusive mounts, and titles like “Grand Marshal” and “High Warlord” will pluck the PvP nobodies of each server out of the regions they operate in, and give them the chance to elevate themselves to walking death gods in both instanced battlegrounds and the open world.

They may even become targets, too. The hunt for a High Warlord was something that showed up in low resolution on early YouTube. This time, it could happen live on Twitch for an audience of thousands. The new-age theatre of Classic PvP will encourage live-streamed, skill-based assassinations of PvP server celebrities - something that was not possible the first time around, and something that Blizzard themselves are not directly engineering.

To replicate the complex and shifting landscape and player antics of WoW in the early days is a fantastic decision. Blizzard have hinted that they’re even considering having the game progress into the early expansions, should players want it. But for now, being able to really feel the impact of getting that Dreadnought helmet, of ringing the gong to Ahn’Qiraj as the server collapses under the weight of the hundreds if not thousands of players watching you do it in person, will be stunning. With Twitch, Mixer, and the like, you’ll get to live those moments in 2019, even if you don’t resubscribe to WoW itself. The patch rollercoaster is back. True vanilla is back. Lok’tar ogar.