Nvidia’s new RTX 3060 Ti graphics card might have come out of the blue yesterday, but if you’re looking to get hold of one Nvidia’s newly announced ray tracing GPUs, you’re in the right place. Launching at 6am PT / 2pm GMT today, December 2nd, the RTX 3060 Ti is arguably the next-gen RTX card you’ve been waiting for all along – and you can find out exactly why in my Nvidia GeForce RTX 3060 Ti review. Offering RTX 2080 Super-level performance for a fraction of the cost, the RTX 3060 Ti is likely to be in hot demand when pre-orders open later on, so here’s exactly where you can buy one so you don’t miss out.

Third party versions of the RTX 3060 Ti will likely be more expensive, though, depending on how much they’ve been factory overclocked, but the Nvidia Founders Editions will stay at a fixed £369 / $399. Here’s a list of everywhere that currently has a holding page for the RTX 3060 Ti, so get those refresher buttons at the ready.

The RTX 3060 Ti is one of the most impressive RTX-30 series cards yet, and that’s all to do with its vastly improved specs over the RTX 2060 and RTX 2060 Super. Not only has Nvidia doubled its CUDA core count here, but it’s also raised its maximum boost clock speed. It still has 8GB of GDDR6 memory like the RTX 2060 Super, but it’s significantly faster across the board, offering 60fps speeds on maximum settings at 1440p, and well into the 80s and 90s (if not 100s) at 1080p.

I’ve listed the RTX 3060 Ti’s key specs above, although there are still a few things missing such as memory speed and memory bandwidth. I’ll add these in once Nvidia have formerly announced them, but these are the headline figures to take away for now.

A key thing to note here is its new power rating. The RTX 2060 and RTX 2060 Super topped out at 175W when they launched last year, and Nvidia recommended pairing it with a 550W power supply as a result. The RTX 3060 Ti adds another 25W to the mix, raising its graphics card power wattage to 200W. Consequently, Nvidia are now saying you should have a 600W power supply inside your PC if you’re going to run the RTX 3060 Ti, so you may also need to buy a new power supply if your current one doesn’t meet these new requirements. 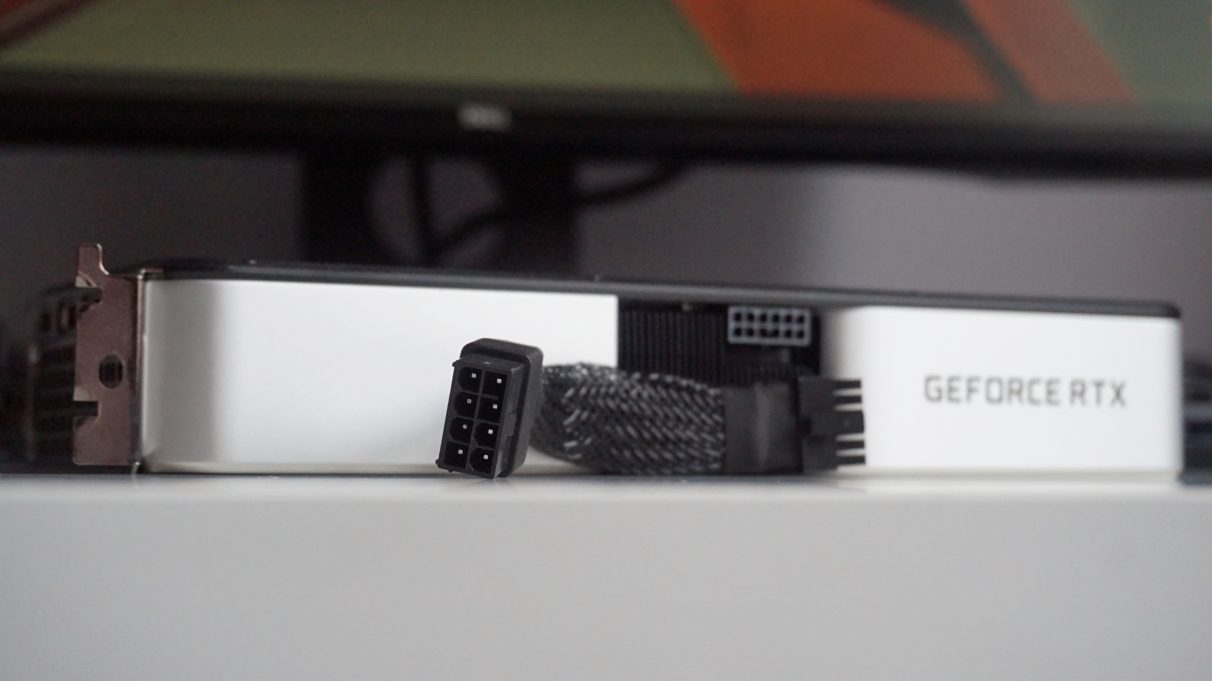 The RTX 3060 Ti Founders Edition has one of Nvidia’s new 12-pin power connectors, but an adapter for a single 8-pin connector is included in the box. 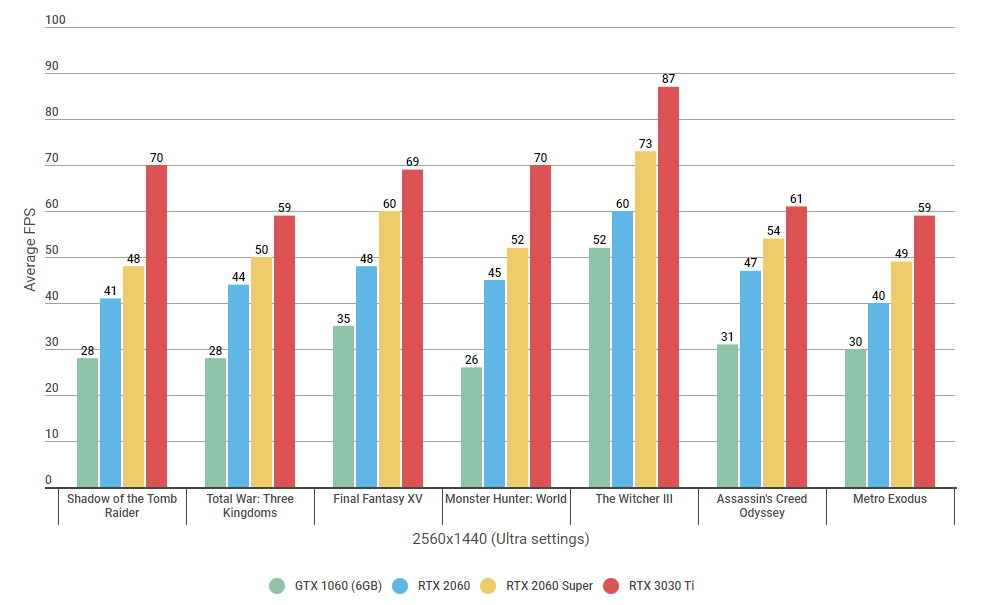 In short, the RTX 3060 Ti is capable of delivering 60fps speeds on max settings at 2560×1440 in all of today’s biggest and most demanding games, and it gets even better at 1920×1080, too. Indeed, my benchmarks came in anywhere between 70-90fps on max settings, with some games even pushing well into 100fps.

If fortune doesn’t end up favouring you today, then whatever you do, don’t pay over the odds for one and get lured in by scalpers. Stock levels will eventually return to normal in the new year, so the best advice is to simply wait until more cards become available. I’ll be keeping this page as up to date as I can over the coming weeks with more stock alerts and availability schedules, so make sure to pop it in your bookmarks if you want to keep up to date.